The scene that gives this week’s episode its name happens about halfway through, when Stan (Noah Emmerich) drops in on the Jennings family as they’re having Pastor Tim (Kelly AuCoin) and Alice (Suzy Jane Hunt) for dinner. After watching the episode, I noticed that a lot of reviews/recaps singled it out as a crucial scene. That makes sense, because it’s the first time we’ve gotten all of these characters in the same room, and Tim and Alice learning that Philip (Matthew Rhys) and Elizabeth (Keri Russell) are friends with an FBI agent will likely have ramifications in the show’s near future.

I’ll admit, though, that my thoughts during the scene were mainly how it served as a reminder that this is a show with a premise that could fit just as easily on a wacky, high concept sitcom. Imagine a version with a laugh track where Philip and Elizabeth have to make up totally implausible explanations for being caught in their wigs by a Stan that more closely resembles Gladys Kravitz or Mr. Roper. The Americans succeeds every week in making this premise not only plausible but nail-biting, so it’s easy to forget that what will probably be the series’ endgame hinges on the character of the FBI agent who just happened to move in next door to two Russian spies. It makes dramatic sense, and anyway, Walter White had a lawman for a brother-in-law. But during that scene, with Stan rolling his eyes at the hippies at his friends’ house while two Commies are sitting right there, I was too distracted by imagining what the bad version of that scene would look like to fully appreciate the significant of the good scene. This isn’t really a criticism, just a confession of my limitations as a reviewer and an indirect plea for you to read my spec script for The Americans! 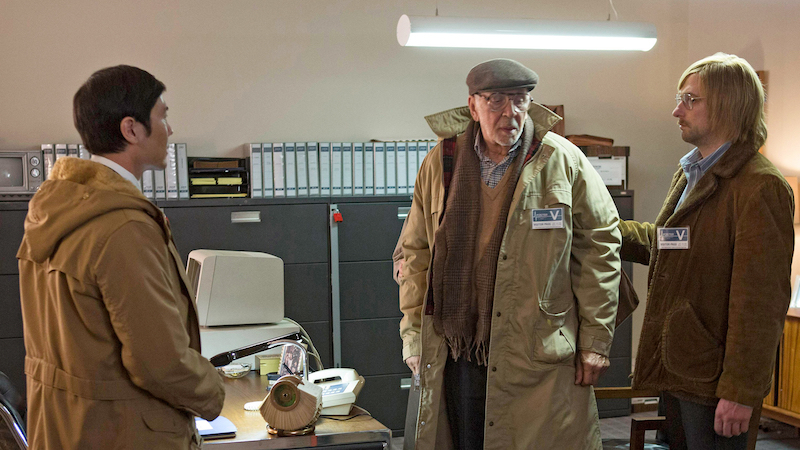 We also finally learned exactly why Elizabeth was struggling with completing the mission with Young Hee (Ruthie Ann Miles) after the second scene, where Gabriel (Frank Langella) informs a visibly devastated Elizabeth that the mission must go ahead as planned. “Patty” tells Don (Rob Yang) that she’s pregnant and blows up at him when he insists that she get an abortion. A few days later, Philip, Gabriel and a woman we haven’t seen before (I think?) show up at Don’s office pretending to be Patty’s family; they tell him that Patty committed suicide and demand he pay for the funeral, which is a pretence to get him to leave the sick old man (Langella is delightful in this scene) and his wife alone in his office. Season-best wig work aside, it’s a sad end (maybe) to this plotline that ends with Elizabeth listening to tearful calls from Young Hee she won’t return, and for the sake of some computer files that may or may not prove useful. 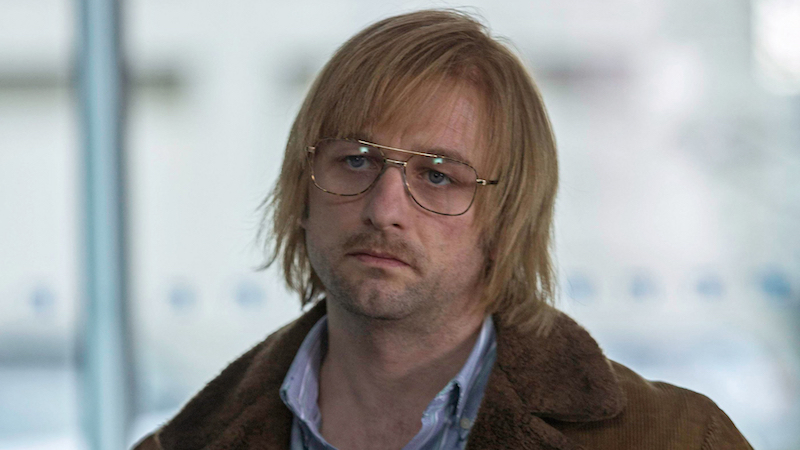 The best moments in the episode involve Elizabeth’s losing control as she finds her assumptions shifting. The moment in front of the bathroom mirror, as Philip informs her the mission is complete, is the most vulnerable we’ve ever seen Elizabeth. And her scenes with Pastor Tim—at first sizing him up as a threat, then surprising herself by warming up to the guy—suggest that, while she’s not about to find Jesus, she’s reaching out for support, even if she doesn’t realise it. It’s ingenious that, of all the people Elizabeth has killed, it’s a non-lethal personal betrayal of someone she had a sincere relationship with that has proven to be a turning point for her. I suspect we haven’t seen the last of Young Hee, but if this is it, it’s a perfectly crafted downer ending.

At least Elizabeth is able to blow off some steam, at the end of the episode, by murdering two vagrants who threatened her and Paige with her bare hands. Unfortunately, Paige (Holly Taylor) has now seen that, all reassurances to the contrary aside, her mom is a well-trained killing machine. Judging by the look on her face, poor Paige is caught in the middle of the bloodiest Judy Blume book ever. With just a few episode’s left, the series seems to be tightening its focus (see also: Stan bidding farewell to Oleg) as it shifts to its endgame, which will surely involve all of the people at that dinner table in crucial roles. And as it inevitably grows bleaker and more anxiety-inducing, at least I can distract myself with the thought of the Americans episode where Stan sees Philip and Elizabeth stuffing a body in their trunk. You won’t believe the crazy story they come up with.