“A Roy Rogers in Franconia” begins right where last week’s episode left off, with Paige (Holly Taylor) having seen her mom take care of two potential muggers with sudden and bloody efficiency. As Paige and Elizabeth (Keri Russell) return to the house, it’s like a bomb has gone off in the Jennings household, as Philip (Matthew Rhys) processes the implications of what happened while Elizabeth chooses her words carefully in front of the still-oblivious Henry (Keidrich Sellati). When they retire to Paige’s room, she begins to question her parents more insistently about the nature of their work, Elizabeth responding with the familiar refrain that they’re not lying to her, but she doesn’t need to know everything right now. By the episode’s final cut to black, Paige finally understands what her mom means.

While Paige’s eye-opening moment at the end of the episode is something The Americans has been building towards since the end of season two, the episode (co-written by showrunners Joe Weisberg and Joel Fields) also takes time to move several other pieces of the plot into place for next week’s season finale. It’s jarring to see Stan (Noah Emmerich) and the FBI (but mostly Aderholt [Brandon J. Dirden) make a couple of big discoveries back to back. First, the bug in the mail robot is finally discovered, and a stakeout leads to someone at the office who thought she was helping a mob boss (Gabriel?) that she met at the titular restaurant. Then, Oleg (Costa Ronin) gives Stan—who just last week told him they wouldn’t meet again—enough information for the FBI to find William’s (Dylan Baker) identity. 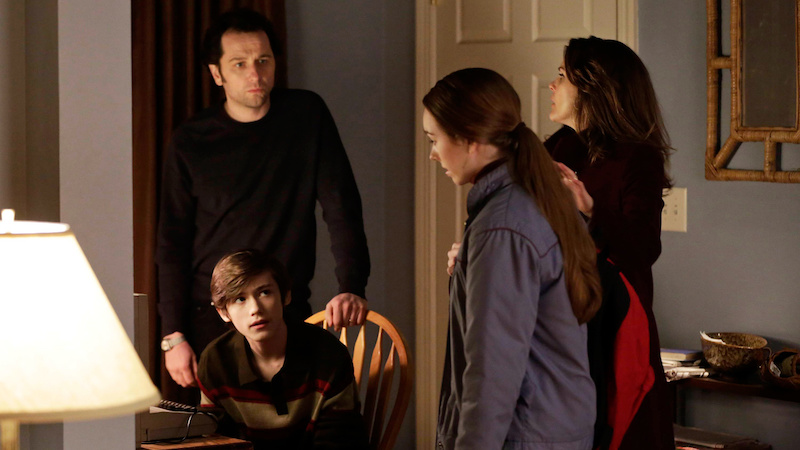 Oleg is wary of the bioweapons race that seems to be getting into full gear, specifically the upcoming plan to extract a sample of the Lassa virus, as Tatiana (Vera Cherny) jokes grimly that her upcoming promotion is a shoo-in “As long as I don’t kill half the people on the Eastern seaboard in the next week or two. She’s not exaggerating, as William explains to Philip in his usual matter-of-fact way that “Lassa fever’s a very undignified way to go. You basically dissolve inside, then squirt yourself out your anus—in liquid form. First it’s ‘whoosh,’ then it’s a trickle.” William is promised a trip home by Gabriel (Frank Langella), who, between his collapse mid-episode and his phone call to Martha’s mother, is also weary of the war they’ve been waging. He seems sincere in his desire to send William home as a hero; if only he knew that William’s one last mission is almost certainly doomed. 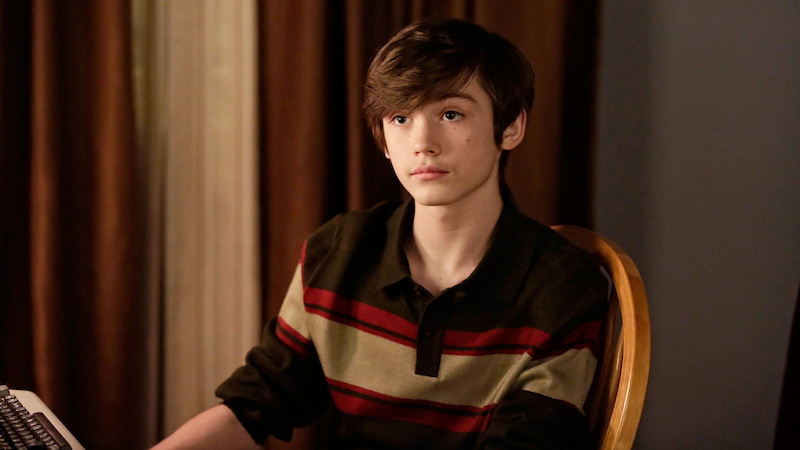 However, it’s Paige’s inner journey that defines the episode. In the early scene where she once again demands answers from her always-evasive parents, it feels like we’ve seen this scene many times before, although episode director Chris Long and the episode’s director of photography (not listed on the IMDb—if anyone knows, I’ll happily amend this) make some smart choices in the staging of the sequence, letting both parents subtly drift in and out of focus and playing much of the scene off of their reactions. A few scenes later, Elizabeth tells Paige about her childhood in a village that struggled to survive in the years right after the war and how that changed her; we can see that, despite all of her anxieties, Paige can’t help but admiring her mom on some level. When we see them later watching General Hospital, Paige is wearing a sweatshirt with a bowling ball on it, an echo of the last time we saw the Jennings family enjoying a moment of domestic bliss together. As Elizabeth explains to Philip that Paige was actually reporting on Matthew (Danny Flaherty), she can barely suppress the pride in her voice. Her little girl is growing up.

This builds to the episode’s final scene, where Paige once again demands answers and gets the frankest response she’s had so far from her parents. Philip admits that he’s going to retrieve a weapon (though he leaves out the details about squirting out one’s anus and whatnot). Paige responds with a “Great” that closes the episode—it’s sarcastic, but not as devastated as it would’ve been last season. With Philip about to walk into a meeting with William that is surely staked out by the FBI, the biggest question isn’t how he’ll escape but, rather, is Paige finally about to become a part of her parents’ work?