Fairly early into Terminator Genisys, Arnold Schwarzenegger’s Pops utters this line to Emilia Clarke’s Sarah Connor: “This is a meaningless gesture. To hold onto something when you know you must let it go.” The cyborg’s expressing his confusion at the human act of hugging, but he could just as easily be talking about this sequel’s endeavour. Genisys is a meaningless gesture, struggling to be a worthwhile part of a once venerated franchise we should probably move on from.

All the way through, Alan Taylor’s film desperately wants its audience to understand and appreciate why it exists. Genisys intends to add a new layer of complexity to a three-decades-old franchise, and to appeal to new and old audiences alike, while delivering fun and frenetic action, overdosed with one-liners. Some of its aims work, but it nevertheless can’t avoid feeling empty and pointless. The plot is convoluted tosh and most of the casting is disastrous, meaning the whole production ends up feeling mediocre and forgettable.

Story-wise, Genisys is intended to be a direct sequel to Terminator 2: Judgment Day. But it also happens to be both a prequel and reboot of The Terminator. Confused? We’re just getting started. The plot ignores the developments in Terminator 3: Rise of the Machines and Terminator Salvation, to tell a story beginning with John Connor (Jason Clarke) and Kyle Reese (Jai Courtney) almost ending the future war against Skynet’s machines, before sending Reese back into the past to save John’s mother Sarah, before he was born, after they realise a T-800’s been sent back to kill her and change history. 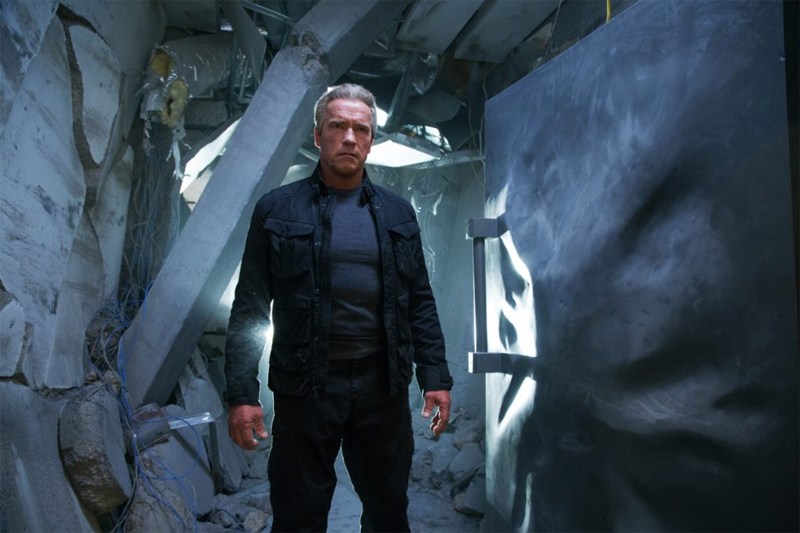 But the Sarah that Kyle finds in 1984 isn’t the naive mother-to-be he’s expecting. No, this Sarah’s been trained to survive by a T-800 she’s nicknamed “Pops” (Schwarzenegger), who was sent back even earlier, to destroy another terminator tasked to kill her as a little girl. (One assumes those two machines were sent by somebody else in another distant, potential future?) This alternate-Sarah’s fully aware of her destiny to deliver mankind’s future saviour (Pops often reminds her she needs to mate with Reese), and she carries herself with a no-nonsense battle-ready attitude. Game of Thrones star Clarke plays this iconic role superbly, and at times even looks and sounds like Linda Hamilton’s iconic portrayal of the character.

Jai Courtney, on the other hand, struggles to convince as future soldier Kyle Reese. The Australian actor’s performance doesn’t capture what was compelling about the character Michael Biehn famously played. We see none of Reese’s darker side, none of what haunts him, and nothing to inform us of what drives him. By failing in those areas, the film unintentionally highlights just how ridiculous it is that Reese would be convinced of his need to save and fall in love with Sarah in the first place.

And then there’s Jason Clarke as John Connor. For many, the truth of his role’s been unforgivably spoiled by the marketing behind Genisys (to the director’s displeasure), but it’s safe to say John has a crucial part to play here. Once again, though, he’s portrayed by an actor with talents ill-suited to this kind of mythic character. I rate Jason Clarke as an actor, and I wish I could say he does a good job here, but he’s just as forgettable as Courtney.

The best parts of Terminator Genisys often involve Pops and Sarah. The film manages to tap into what makes their bizarre dynamic work (a girl forced to grow up too quickly, and the cyborg that raised her). This unorthodox father-daughter feature in the best action beats, and you end up wondering why the film couldn’t be more about them than it is; especially as Sarah Connor’s always been the heart of the story, which the previous two sequels ignored to their detriment. 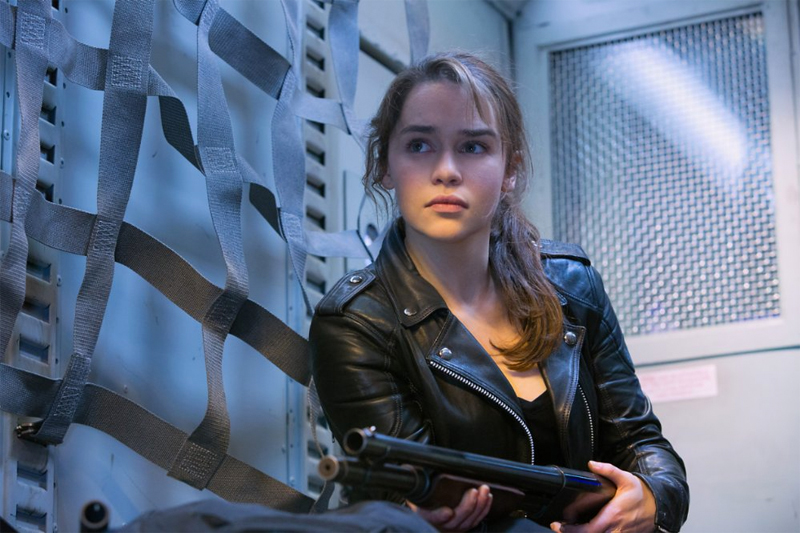 Another area Genisys stumbles is forgetting that a Terminator film has to have an element of horror. These cyborgs are inhuman metal monsters, and their presence is meant to come with a certain amount of tension that simply doesn’t exist here. The original’s memorable line, describing the cyborg (“It can’t be reasoned with, it can’t be bargained with. It doesn’t feel pity of remorse or fear”), is absolutely at the core of what makes them so terrifying. So, by making terminators easier to kill and less threatening, this film has less of a horror edge and feels more like a commonplace CGI-overblown action movie.

There’s some very video-gamey action here, too, and when the choreography flows badly the film struggles to hold your attention. In particular, there’s a nighttime helicopter chase sequence that’s extremely clumsy and disorienting. On the other hand, some of the visual effects work is magnificent, as you’d expect for $155 million. The fight you’ll have seen teased since the first trailer (a young Arnie versus old Arnie street brawl), is an incredible accomplishment that’s a standout of the film’s self-referential nature.

Even recognising its abundant flaws, this fourth sequel isn’t without entertainment-value and has its share of quotable lines. There’s decent material buried amidst the confusion (I haven’t mentioned J.K Simmons yet, but he’s great comic relief; and Doctor Who‘s Matt Smith has an intriguing part not to be spoiled), but it’s hard to overlook some key roles have been miscast. It’s in the final third that Laeta Kalogridis and Patrick Lussier’s messy script completely falls apart. By failing to remember the best Terminator films worked within an atmosphere of suspense and character-driven storytelling, this late sequel keeps faltering and ends up feeling obsolete.

Written By
Simon Cocks
More from Simon Cocks
Humans themselves are frequently the architects of their own downfall in Black...
Read More