In an age where everything is spoiled, whether through online gossip or interviews, or trailers showing all the good bits, it’s actually quite nice to turn up to the cinema and try something you have no inkling about.

This was my experience with Tag, a film I had very little knowledge of beyond a friend telling me it was fun. Now, that might make me sound like I’m easily pleased, but in a week where my brain had survived the Westworld finale it seemed like a great idea to go for something far less intellectually challenging. There’s always room for movies where you can switch off and enjoy yourself without having to think. Tag doesn’t look to break the mould, or really be anything more than an amusing escape from a challenging world, and once you accept that it’s a smile-inducing ride with an exceptional cast. 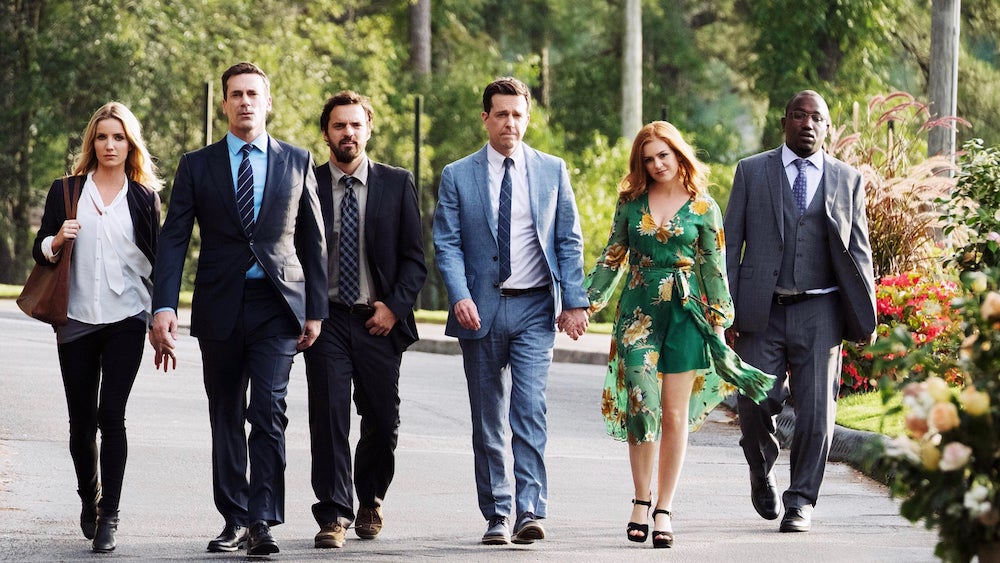 Jeff Tomsic makes his directorial debut with this tale, based on a true story about a group of adults who’ve played tag ever year since they were kids. Their bizarre story was picked up by the Wall Street Journal and amazed so many worldwide with its heartfelt message of friendship and dedication. How many of us wish we could still act like that with our childhood friends? So many of us move on in different directions and lose contact, so it’s inspiring to see how loyal these people are to each other. Of course, Tag went through a few changes for the big screen, so don’t go fact-checking it too much, but the core story and inspiration remains the same.

Led by Ed Helms (The Hangover) as Hogan ‘Hoagie’ Malloy, the merry band of brothers get together each May to play their ongoing game of tag in order to keep their friendships alive. Hoagie’s initial pursuit of Bob Callahan (Jon Hamm) instantly shows the audience how serious a game this is to everyone, and just how far they’ll go to tag each other. There are disguises, work infiltrations, and desperate chases where risks are taken but they always play by the rules. Well, the rules they set themselves, which are odd to say the least, but they need some boundaries. 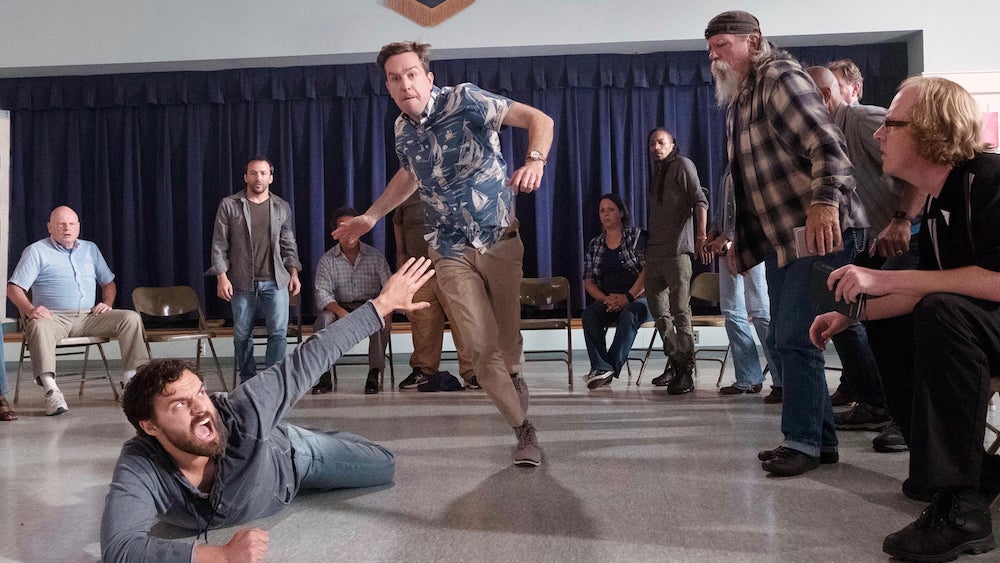 With Jake Johnson (New Girl) in tow as stoner Randy ‘Chilli’ Cilliano and Hannibal Buress (Broad City) as the dry-witted Kevin Sable, we see our core group of tag challengers pursue the Holy Grail: the never-tagged Jerry Pierce (Jeremy Renner). It’s clear that Jerry takes this game far more seriously than everyone else, roping his soon-to-be wife Susan (Leslie Bibb) i to his antics, and using technology and traps to his advantage. This is like every role Renner’s played all rolled into one.

Everything revolves around getting Jerry. Hoagie has no other purpose in life than to be the one that brings him down, finally. He tells everyone that Jerry will be retiring this season, so this is the one and only opportunity they have to tag him. This gives the game an extra dimension of urgency and leads to some crazy slow-motion action sequences where Renner gets to show off the best of his skills as Jerry tries to survive. 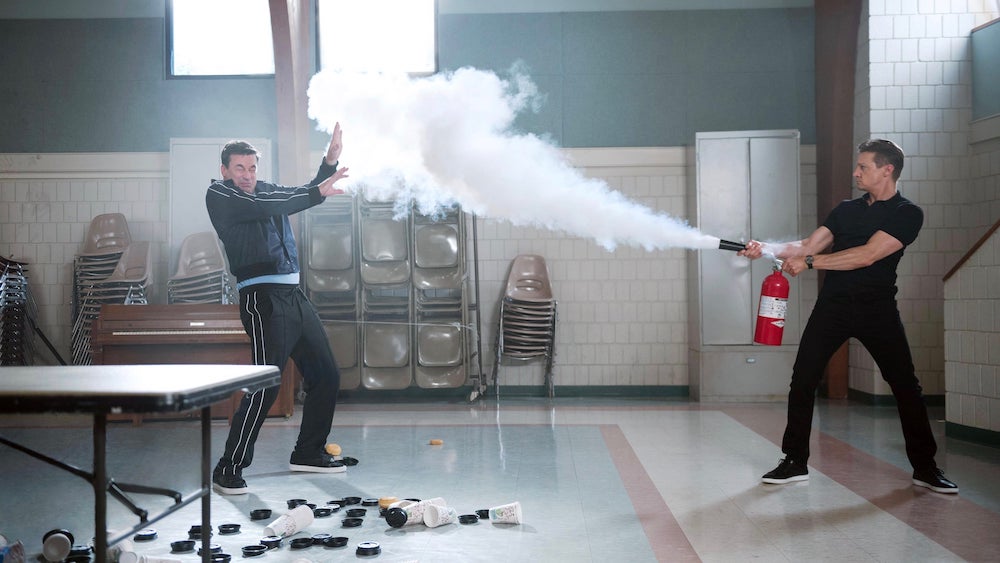 Tag is high on adrenaline with no shying away from the occasional moment of emotional manipulation, especially when it comes to Jerry’s wedding. He brings Cheryl Deakins (Parks and Recreation’s Rashida Jones) back into the fold, knowing both Callahan and Chilli had a thing for her back in the day. And that’s not even the end of how far he’ll go to put the other guys off and the manipulation from him and Susan has to be seen to be believed.

A personal highlight was Isla Fisher as Hoagie’s wife Anna. She’s an absolute psychopath at the best of times, in the nicest way possible, desperately helping the guys where she can despite not being allowed to play in the game herself. That’s probably for the best as she’s the most likely to kill someone if she was let loose completely. It’s quite easy to forget that all of this is being covered by the Wall Street Journal’s Rebecca Crosby (Annabelle Wallis), who unfortunately fades into the background most of the time, becoming one of the only major criticisms I have of the movie. A lot of the women are under-utilised, but that’s the hazard of having a game where only men are allowed to play according to the rules. 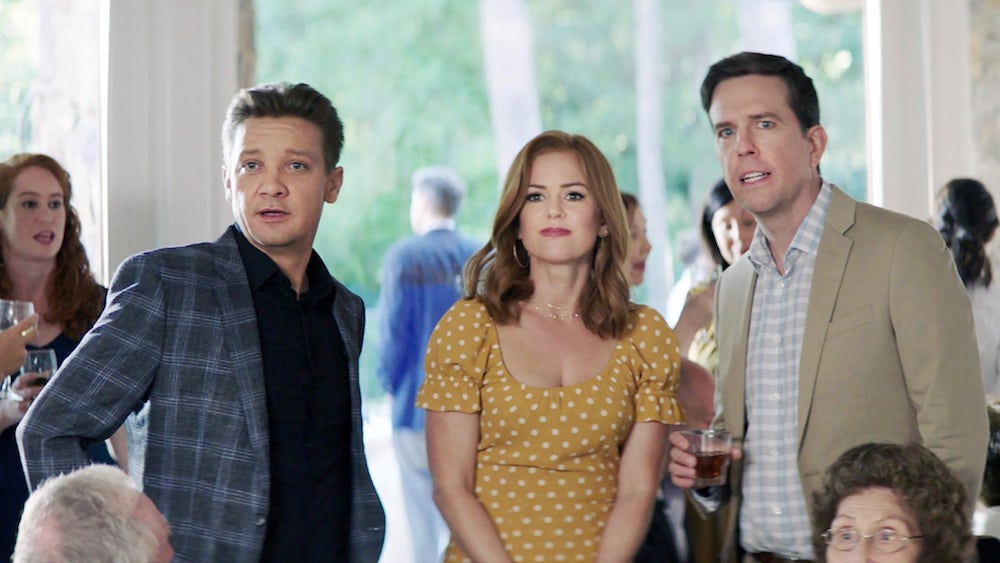 It’s safe to say Rob McKittrick and Mark Steilen’s screenplay gets more sentimental and emotional as it goes on, and that’s not necessarily a good thing. It’s a difficult tonal shift to take on board and it  doesn’t quite work, but I can see why they felt the need to go down that path. Tag is best when it’s all about the game and the exciting sequences with Renner and his OTT escape plans, or when Sable just gets to deliver smart one-liners, or even Hoagie’s absolutely ridiculous attempts at getting his arch nemesis/friend.

Tag doesn’t really need that emotional underpinning in order to be a good movie, and it would’ve been better to focus on the parts it does best. So while it’s not a perfect comedy, it does enough with a high calibre cast and strong direction to make it a pleasant distraction if you’re looking to hide away from the sun. Plus, I live by the belief that anything involving Jon Hamm is worth watching. Tag may not last in your memories as long as the real story has but it’s guaranteed to provide a good few laughs.