Joe Kelly, creator of cult comic-book I Kill Giants (2008-09), wrote the screenplay for this film adaptation that seems ashamed to be a fantasy, and never quite makes up its mind what it wants to be. We start with a shouty drama about teen angst, redeemed in the first third by some promising fabulist elements. Unfortunately, it soon becomes clear this isn’t a fantasy film but a pseudo-psychological interpretation of a child taking refuge in their imagination. But as a bad thing.

The second act has our headstrong heroine, Barbara (Madison Wolfe), rejecting friends and professional help as she pursues her delusion that fighting giants will save her family from… well, it doesn’t take a genius to work out the giants are just a clumsy metaphor! 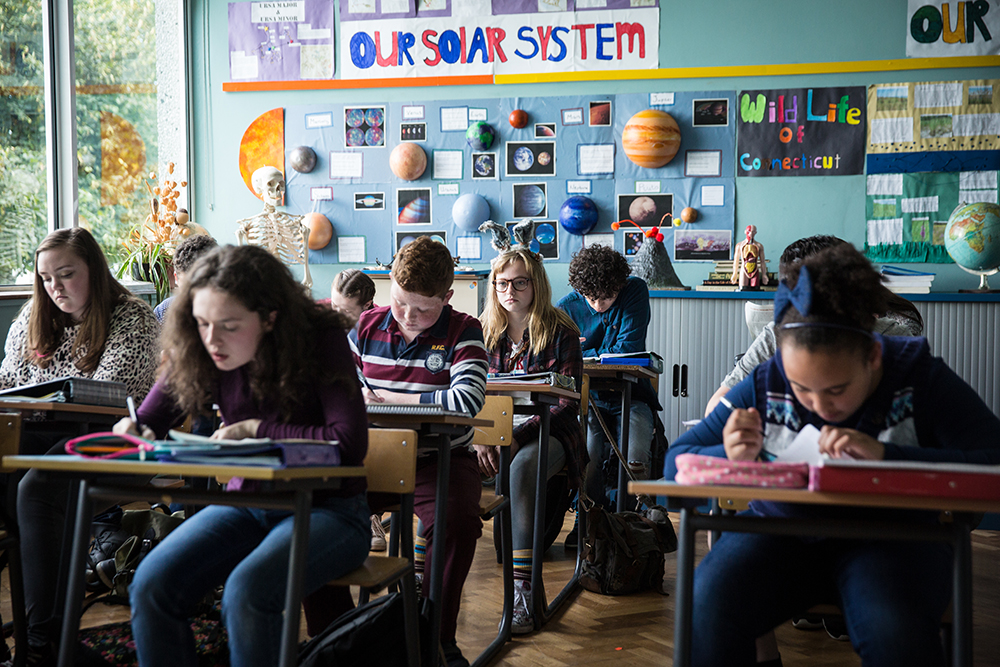 The third act descends into mawkish sentimentality with incongruous ‘sensitive’ songs barging their way onto the score and getting in the way of some subtle and effective acting from the superb Wolfe, a precocious talent some may remember as Audrey Hart in HBO’s True Detective and later as Clementine Lewis in CBS’s Zoo (2015-17).

The best thing about I Kill Giants is the interaction between Barbara and her frenemy, Sophia (Sydney Wade). Perhaps this is a credit to director Anders Walter, who manages to elicit a startling showcase of child acting from the two lead actresses that puts the rest of the cast to shame. Wade is a young British actress already making a name for herself in genre TV, such as Doctor Who, Sherlock, Wolfblood, Happy Valley, and Casualty. The getting-to-know-each-other sequences between Barbara and Sophia are well-observed, beautifully played, and affecting. The story’s supposed to be dealing with the lonely darkness of loss, denial, and pain, and Wolfe does a fantastic job bringing this to the fore, revealing the tumultuous primitive emotions of teen girls. 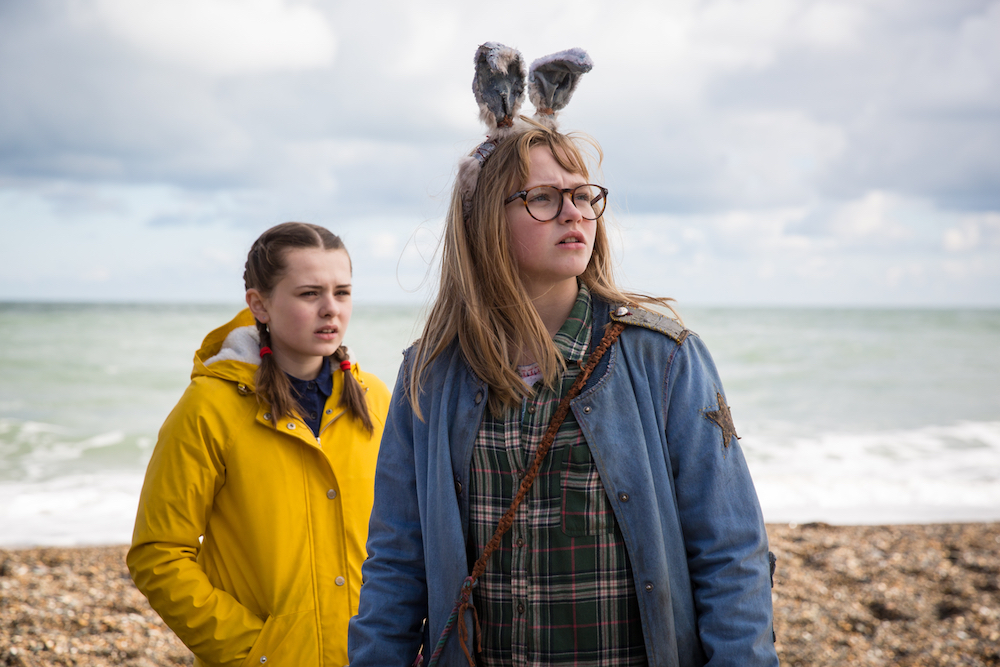 School Counsellor Mrs. Mollé (Zoe Saldana) plays it with calm control. She’s the only grown-up character in the scenario with any convincing reason not to mention the source of Barbara’s trauma. As for all the other characters: Barbara’s teachers, the school principal, her siblings, her peer group, particularly the bully Taylor (Rory Jackson), who’s presumably dealing with her own brand of growing pains… well, apart from a lazy script, there’s just no good reason why they don’t broach the subject.

The big reveal is so deliberately held back from us. It’s as if you’re watching a whodunit and all the clues are only shared moments before the detective solves the case—meaning you feel cheated and hoodwinked by a blatantly contrived script. Yet it still comes as no surprise. I felt that way about Zack Snyder’s style-over-content Sucker Punch (2011), and that was also my experience of I Kill Giants. 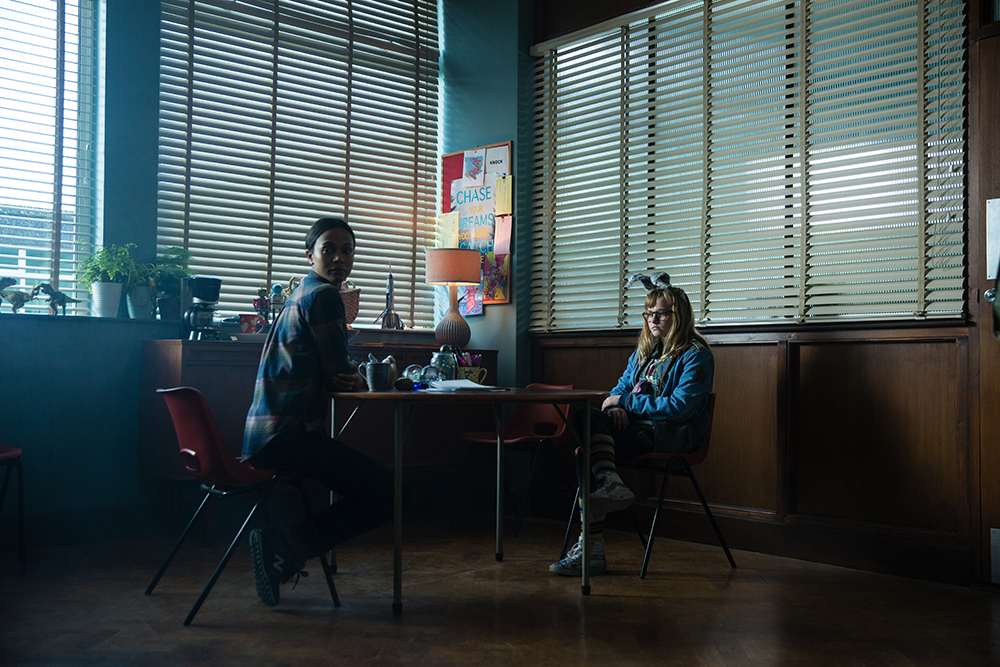 It seems the whole story grew from a very worthy place when Kelly, by then a parent himself, went through a trying time and experienced the first profound awareness of his own parents’ mortality. This made him question whether he would have the resolve to handle such things if he was the same age as his daughter. Unfortunately for the film, his writing makes it very clear that the central character is in some sort of traumatic fugue state and that the fantasy aspects are only happening in her head. This completely robs the imagery of any power it may have mustered.

The ‘giants’ are preceded by Harbingers—sort of swirling Reaper-type apparitions that owe a lot to Harry Potter’s Dementors but, being mere figments, are completely disempowered and can only attempt to spook Barbara with mean jibes and name-calling, acting as another metaphor for the bullying she experiences at school. It all starts to get a bit too much like Bridge to Terabithia (2007), but I’m glad to say never quite hits those lows and ends up more like a bargain-basement re-hash of A Monster Calls (2016). 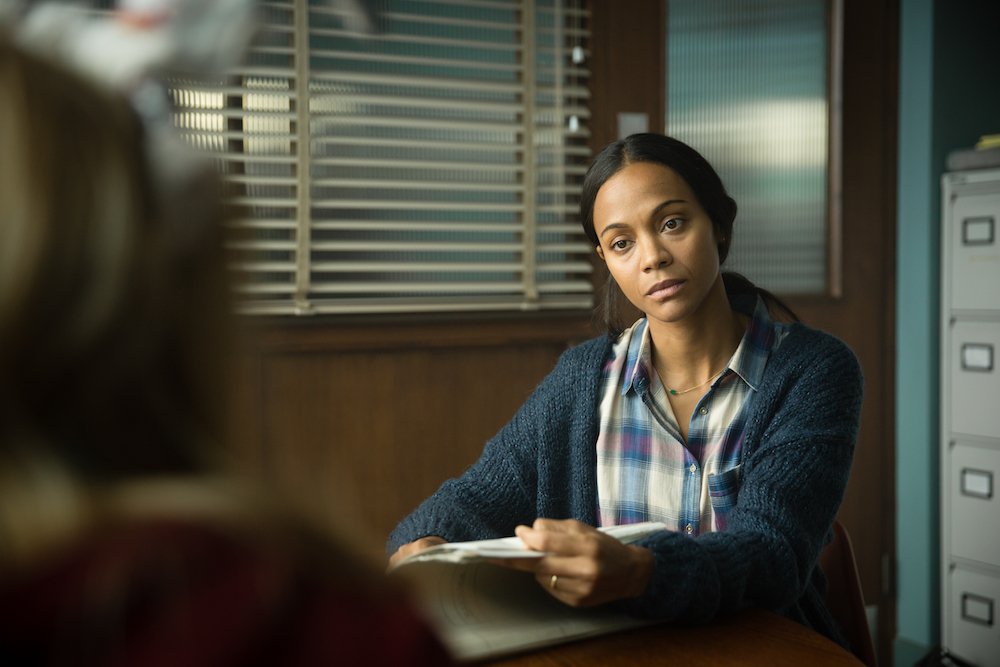 The lurking giants first appear as towering shadows, taller than trees, that can be lured into make-shift traps with rotting food and syrup made from a concoction of fungus and jelly babies. Visually, they echo the mountainous monsters of the hit video game Shadow of the Colossus (2005) which was ground-breaking in its use of character development. As the player despatches more of the sublime titans in the game, so their character changes. They gradually become darker until they pass the point of redemption. Eventually, the player is the villain of the piece. At the time that was a very clever narrative twist. Don’t expect anything so subtle or surprising here.

I’m always fascinated by fiction that explores the way a juvenile consciousness can build its own mythos and ritualise the mundane in a search for meaning. That’s a profound theme with infinite variations, but it has been told many times before by far superior films. Take for example Vigil (1984), which deals with almost identical themes… and nothing in the emotionally confused mush of I Kill Giants can touch the profound poignancy of the scene in The NeverEnding Story (1984) when Bastian shouts the name of his deceased mother into the raging storm. Now there’s a film that understood the healing power of fantasy and its importance for many children. 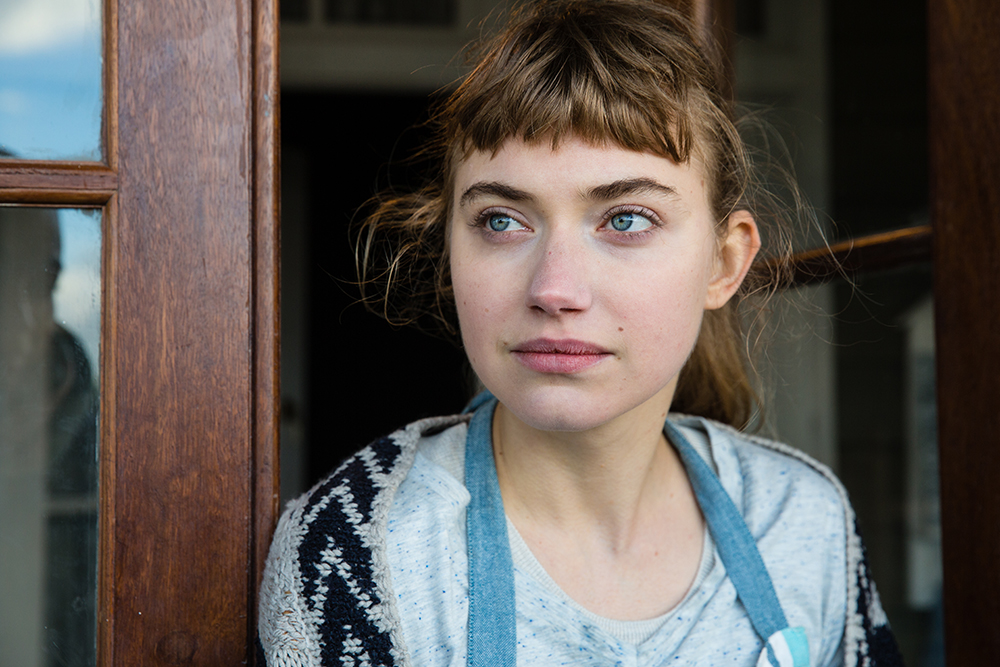 I quizzed a friend who’s a fan of the comic-books and she said that it had worked much better. Now, I know the graphic format can have exquisitely subtle narratives, but we also sometimes accept a simpler form of storytelling. It’s easier to sneak a surprise past the reader when a story’s being told in a series of frames that snapshot action. It’s a different thing when you’re watching a character fleshed-out by a living, breathing person. But of course, if you see the film first—that’s a dead giveaway for the graphic novel, and vice versa. After my disappointment on seeing the movie version before the comic-book, I’d recommend avoiding it entirely and going straight to the original source, which have of course been re-published by Image Comics to coincide with this film’s release.

I’m not even sure who the film’s aimed at. It’s just too childish and hackneyed for grown-ups, too boring for teenagers, and yet too scary and comfortless for younger kids. Judging by the constructed representations of the lead characters, the demographic is teen girls. So, I watched it with my 13-year-old daughter and she found it sorely predictable because it follows the current overbearing trend in children’s literature to address serious real-world issues, often bereavement. She thought it might appeal to a small audience of children dealing with loss, grief, or terminally ill relatives, and summed up by saying “but if you’re already going through something horrible, why would you want to add to that misery by watching a dreary film?”

I think it’ll either work for you, or it won’t. I started out really wanting to enjoy I Kill Giants, and the performances are genuinely engrossing—at least to begin with. Despite an attempt to redeem itself in the final scene, it left me with a sense of betrayal because it devalues imagination, which can sometimes be the only recourse for children in dire situations, and disrespects the magical potency of stories. It’s a realist attack upon fantasy, using a very tired formula. 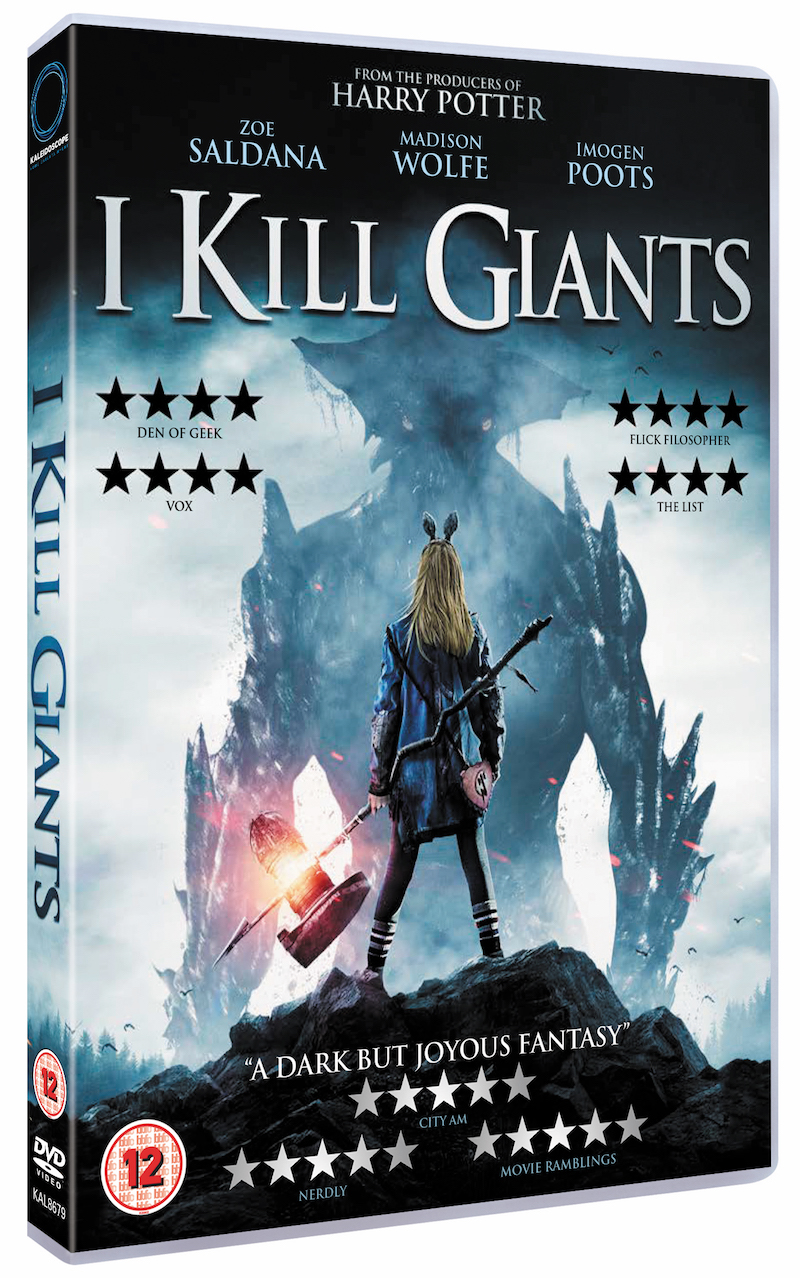