In a year which has seen Zack Snyder again misunderstand the appeal of Superman, it’s heartening to watch the first season of Supergirl and see a show embodying the values of this timeless comic book hero. This series might not focus on the Man of Steel himself, but by putting its attention on his Kryptonian cousin, Kara Zor-El (or Kara Danvers to her Earth friends), Supergirl is able to explore the idea of someone growing up in the shadow of Superman while being equally powerful. It also gets to consider the challenges a superbeing would face in the modern world, such as media scrutiny and suspicious authorities. What makes Supergirl refreshing is how confidently it believes in optimism and hope, leaving no room for the overbearing cynicism that’s come to define DC at the cinema.

Warning: mild spoilers for the first half of the season. Continue reading at your own risk of having a character’s true identity revealed…

It helps that Supergirl takes place in a separate universe, only tangentially connected to other TV shows like Arrow and The Flash. Beyond the plot-heavy pilot episode, this show tells self-contained stories without having to worry about exposition and connecting itself to any parallel narratives. 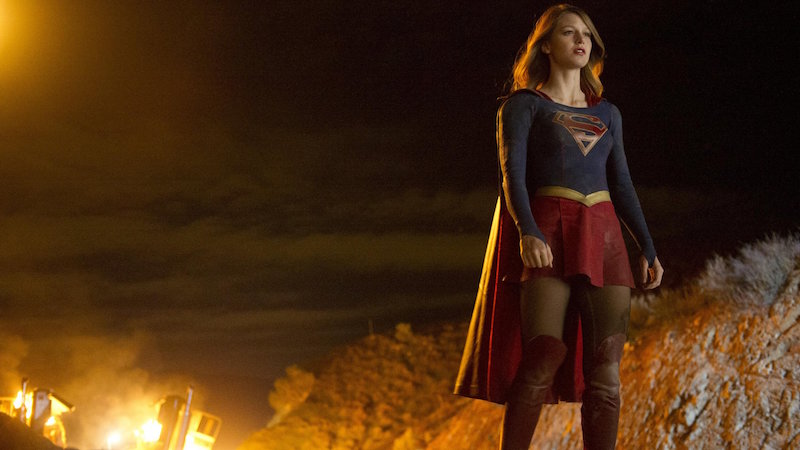 The story is that of winsome Kara (Melissa Benoist), a 24-year-old who flies into action when adoptive human sister Alex (Chyler Leigh) is endangered aboard a stricken plane. Emboldened by her display of super-strength, Kara chooses to follow in her famous cousin’s footsteps to become ‘Supergirl’, protecting the citizens of National City from both earthly threats and extra-terrestrial enemies. Kara does all this while maintaining her job as P.A to media mogul Cat Grant (Calista Flockhart).

Over the course of the first season, Supergirl grows from being an uneasy and muddled show to something with a more coherent sense of itself. From the off, it feels more indebted to The Flash than being a cheesy rom-com pandering to the assumed expectations of female audiences, something a few critics believed it to be. That assumption largely came from the fact it focuses on female characters and their relationships, which is actually a revitalising move for the testosterone-heavy genre. 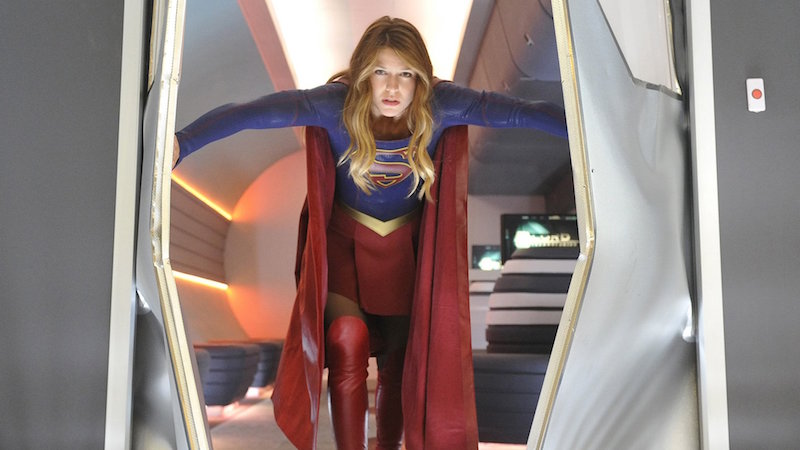 The show’s issues are never a result of its romantic storylines, which take a backseat. Any problems with Supergirl are more often a result of an unclear tone, or not focusing on the stories and character arcs that deserve attention. The show also has far too many villains, then opts to make the least interesting one the season’s Big Bad. Supergirl is sometimes unable to provide enough material for its large ensemble, so tends to keep restating themes it’s already explored. That said, the second half of the season delivers a stronger and more consistent run of episodes, with the final five building to a resonant and moving finale.

Benoist is terrific as the eponymous superheroine, and it’s her performance that’ll keep audiences coming back through any lulls. Her portrayal of Kara captures the contrasting emotions of the character; how she’s brimming with positivity but also defined by bereavement, struggling to grow up in an unfamiliar world. Unlike her more famous cousin, see, Kara didn’t come to Earth as a child but as a young girl. Therefore, she has clear memories of living on Krypton with her family before it was destroyed. 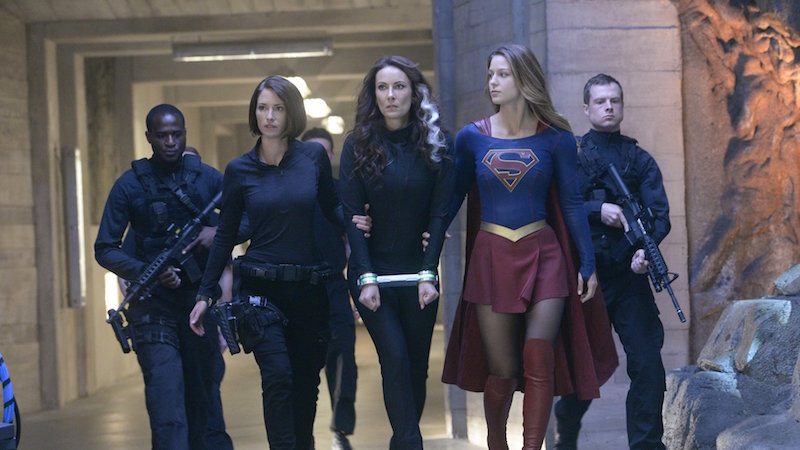 One of the show’s key strengths comes from the way it handles female friendships and relationships, whether through the unspoken respect Kara’s boss has for her, or Alex and Kara’s relationship as sisters, the adversarial professional dynamics, or in Kara’s attempts to reason with her antagonistic aunt Astra (Laura Benanti). The show’s handling of these dynamics is its best trait, and where it proves itself to be so sensitively written. The bond between Kara and her sister forms the show’s beating heart, and it always finds interesting ways to present their commitment to one another.

Over time, Supergirl showed itself capable of developing compelling arcs for the supporting cast. The soapier aspects of the show don’t always work, but the unashamedly comic-book-y ones certainly do. The revelation that Hank Henshaw (David Harewood) is actually a disguise, adopted by the powerful and iconic DC superhero Martian Manhunter (a.k.a J’onn J’onzz), allowed the show to delve more deeply into his history and a dark backstory on Mars. This role also gave the show a second perspective through which to look at being an alien on our planet, enabling it to build a dynamic between J’onn and Kara that is layered and complex. 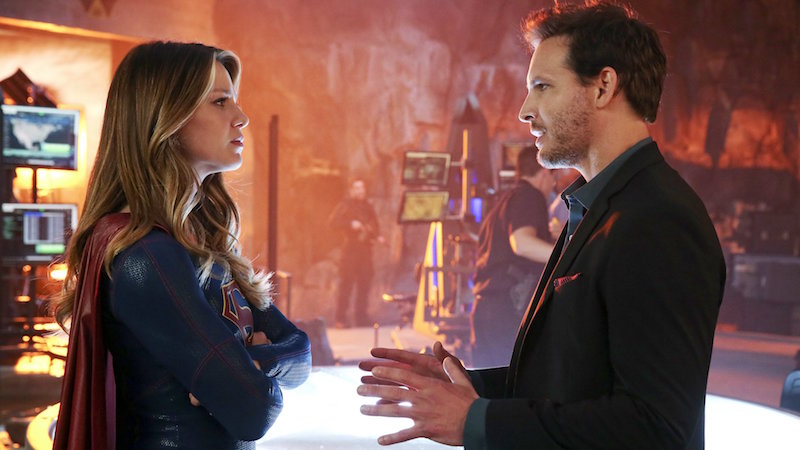 Despite how strongly it sets itself up as a standalone drama, the potential for crossovers with Arrow and The Flash becomes an enticing possibility after The Flash himself turns up during Supergirl’s “Worlds Finest”. It’s a popular instalment that sees both DC characters at their very best. Now that we know the show’s moving to The CW for season 2 (rather than CBS, where this first season aired), the likelihood of all the network’s DC shows becoming more closely connected is practically guaranteed. “Worlds Finest” suggests it’ll be handled very well, even if that episode made it very clear that Kara lives in a separate universe to all the others!

During its earlier episodes, Supergirl is shaky and less assured than you’d want a debut season to be, but it gains momentum and grows in confidence. It needs to work on establishing a consistent tone, and creating more worthy villains, but the show gets a lot of the important character stuff right. The visuals are often stunning and the action can be inventively staged, while the writers craft well-drawn relationships of unexpected depth. Above all, former Glee star Melissa Benoist elevates everything with her charming performance, with Supergirl providing the hope and optimism the superhero genre so desperately needs.