There was understandable cynicism when Batman v Superman: Dawn of Justice was announced—born of suspicion it was a cynical way to rekindle interest in a sequel to the faltering Man of Steel, and concern that The Dark Knight trilogy had dropped the mic when it comes to modernising Batman.

It also felt true that DC Comics were jealous of the success rivals Marvel were having with their ever-expanding pantheon of blockbuster movies,  since 2008’s Iron Man, using initially less famous superheroes. Greed and jealously aren’t the best motivators for artistic endeavours, so it’s no surprise to find that Batman v Superman: Dawn of Justice (hereafter BvS) is a largely cynical, bloated, joyless affair with corporate agenda pulling in too many directions. There are, however, some caveats, intentional and otherwise.

Each generation gets superheroes that fit their social and political climate, but Man of Steel failed to deliver an enjoyable way to bring Superman into the post-9/11 world. The argument is that contemporary audiences find do-gooders boring, so a modern Superman had to be self-doubting and his existence the catalyst of fear. The failure of 2006’s underrated Superman Returns provided “evidence” for why a traditional approach to the character failed to resonate enough, so Man of Steel climaxed with Alien Jesus flattening his adopted home and brutally snapping the neck of Judas. Happy now? Most lifelong Superman fans weren’t; finding Zack Snyder’s film to be a betrayal of the character’s fundamental nature, which didn’t need a radical overhaul to make it edgier. Superman isn’t edgy. Alas, the best Superman films are Marvel’s Captain America movies. 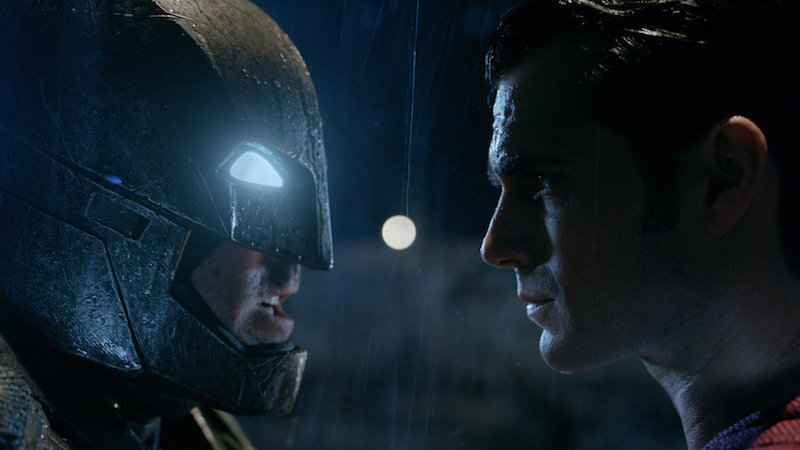 Considering the problems Man of Steel had, it’s strange that Snyder is still at the vanguard of DC’s ambitious multi-film plans—returning to helm their make-or-break BvS, which has the added burden of reintroducing Batman (avoiding the apathy audiences can show for lazy reboots, i.e. The Amazing Spider-Man), while setting in motion the studio’s own slew of movies. We’re introduced to Wonder Woman in a live-action feature-film, an unforgivable 75 years after her creation, while seeds are planted for a Justice League film—already scheduled for next year, in either a show of supreme confidence or blinkered stupidity, take your pick!

To be fair, Snyder’s adept as marshalling enormous projects like this, as directing films isn’t entirely about what ends up on screen (that’s just what you’re judged on by your audience, who don’t care if you kept to a schedule and didn’t overspend). Having already worked on ambitious and visual comic-book films like 300 and Watchmen, Snyder’s the kind of guy studios feel safe giving hundreds of millions of dollars to, as they can be reasonably certain of a good return. (It also probably helps he’s married to his frequent producing partner, Deborah Snyder). Snyder’s only major financial disappointment was 2011’s Sucker Punch, his only film that didn’t adapt something with a readymade audience. Very much like Michael Bay’s own guarantee (a film school classmate of Snyder’s), you can be sure Snyder’s films will be delivered on time and not look like garbage.

And few people aren’t going to buy a ticket stamped ‘Batman versus Superman’, let’s be honest. It’s your childhood playtime, using proper actors instead of plastic action figures. The name of the game these days is to critic-proof yourself with the highest of concepts, targeting the audience’s nostalgia in all its forms.

I know, enough of the preamble… 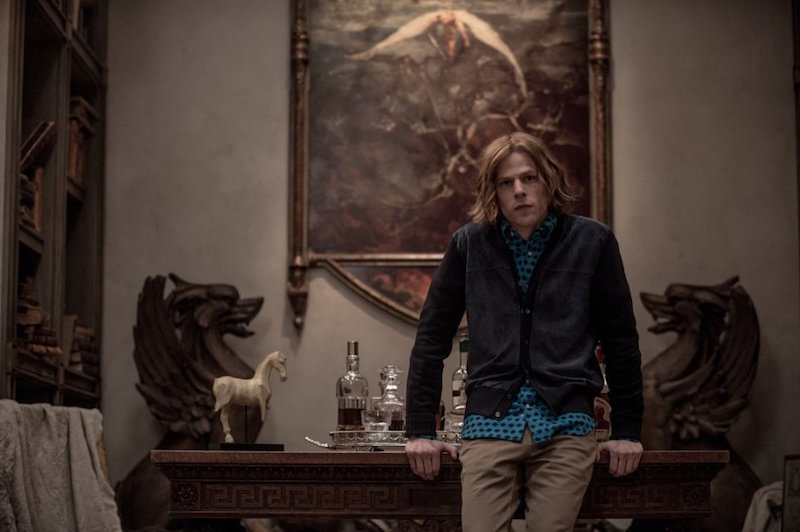 The title of this film is its own Twitter-friendly review. It’s both beautifully simple in what it promises to deliver (i.e. Batman versus Superman, roll up, roll up!), and very unwieldy beyond that (i.e. the pretentious Dawn of Justice suffix and all it implies). BvS is beautifully shot at times, and very well cast… but emotionally unclear, illogical, crippled by avoidable errors people had mockingly predicted it would make during pre-production, and doesn’t overcome the intrinsic problems of fusing the worlds of Superman and Batman together. It may works on the page and in animation, but it’s a tougher sell for live-action. Oh, and have you had your fill of lumpen cave trolls this century yet? Bad news.

For a while, things look promising and I was quietly optimistic. The opening sequence of the murder of the Wayne’s, leading to their orphaned son discovering a cave of bats, before we jump forward in time to see a middle-aged Bruce (Ben Affleck) watching helplessly as skyscrapers are scythed apart by Superman and General Zod’s city-wide bout, was a great way to both introduce a character that didn’t need introduction, while also giving us enough of a handle on why there’s ill feeling towards Superman from the Caped Crusader.

And if you thought Man of Steel did a divisive job with Superman’s characterisation, then it’s at least slightly easier to accept this Batman’s the kind of zero-tolerance bruiser who guns people down and brands criminals with a bat symbol so they’ll be killed in prison. To paraphrase Alfred (Jeremy Irons), Bruce is suffering from a rage that’s turned him cruel in later life. For what it’s worth, I didn’t mind the nastier edge Batman exhibits here—if only because it made Superman appear more even-handed and benevolent.

Frankly, this felt more like a Man of Steel sequel than its a fresh new thing, as the supporting cast are all parachuted in from Superman’s mythos (Amy Adams as tenacious Lois Lane, still struggling to achieve chemistry with Cavill even when naked in a bath tub; Laurence Fishburne as the tetchy Perry White), with the notable exception of the aforementioned Alfred (although the loyal manservant’s confined to the Bat Cave and never interacts with anyone except Bruce).

The most disappointing things about BvS are that its storyline boils down to yet more culture-shock over the existence of an alien like Superman (which Man of Steel covered just fine, thanks), and the resulting feud between the eponymous heroes never gets hits deep and is very one-sided. Fatally, the costumed heroes’ titanic battle occurs as a result of third-party manipulation, has been harvested for its best shots in all the trailers, and starts at a point in the movie when, truthfully, my excitement for such a sequence had cooled to just a vague interest. 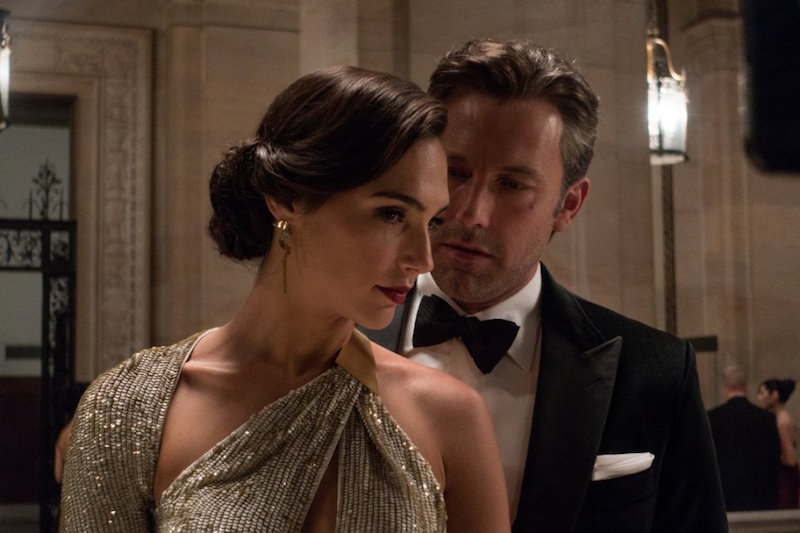 A tighter script would’ve helped BvS considerably, as there are at least three ‘dream sequence fake-outs’ (one setting up a future dystopia that’ll confuse folk who don’t have a deep interest in this franchise’s future, or knowledge of the Justice League), and then there are glimpses of meta-humans like Aquaman, Cyborg, and The Flash who’ll be getting their own movies over the next decade. (Oh Lordy, good luck selling Aquaman and Cyborg to people after this, DC.)

In trying to setup so much for DC’s future, BvS overcomplicates and burdens what needed to be a much lighter, livelier, punchier movie. We just wanted a good, fresh interpretation of Batman (which we do kind of get, as Affleck’s playing a battle-hardened vigilante with a brutal fighting style indebted to the Arkham video games), and for his disagreement and resultant fight with Superman really mean something dramatically (which it doesn’t achieve), but there’s such a lot of distraction working against its purest intention.

Some of the distraction worked for me in the moment, I must admit. The film’s surprise success is its handling of Wonder Woman (Gal Gadot, instantly my favourite female super-being since Michelle Pfeiffer’s Catwoman), who floats in and out of the film on a mysterious side-quest, before deciding to help Batman and Superman defeat a common enemy. I was worried Diana Prince’s presence would be the straw to break this camel’s back, but it actually worked very nicely. Most people know who Wonder Woman is, but if you don’t you’ll be excited to learn more about this strong, agile, smart, sexy, sword-wielding centenarian who flashes delighted grins at being thrown hundreds of feet through rubble by a monster.

Grins, alas, are in short supply everywhere else—which is why Gadot’s feisty vibe resonated so much. Superman/Clark remains a stoic bore, with or without his glasses. And we know time spent in Master Bruce’s presence isn’t going to be a barrel of laughs; which is a shame, really, because the film wilfully refuses to engage in moments where Bruce’s playboy millionaire “cover” might’ve provided some fun alongside Diana. At most turns, BvS seems determined to suck the joy out of everything going on—throwing in nightmares and premonitions of doom to keep the tone very dour. A few self-aware jokes do puncture the oppressive atmosphere, sporadically, but primarily BvS relies on Jesse Eisenberg reprising Mark Zuckerberg (sans Aaron Sorkin’s ear for dialogue), which isn’t so fun.