The true events depicted in Clint Eastwood’s Sully have been dubbed “the Miracle on the Hudson”, and it’s hard to dispute the miraculousness of what happened on 15 January 2009. When birds struck US Airways Flight 1549, mere seconds after take off, it caused the failure of both engines, and pilot Captain Chesley ‘Sully’ Sullenberger (Tom Hanks) made the risky decision to land the plane in New York’s Hudson River in freezing temperatures. Remarkably, all 155 passengers and crew survived.

It was just three minutes after take-off that the plane’s engines were hit, and what happened between engine failure and the safe landing took place in fewer than four minutes. The accident requiring exceptionally fast thinking from Sully and his co-pilot Jeff Skiles (Aaron Eckhart). That everything happened so quickly presents a unique challenge for the film, as there are very few ways to draw out events to build more drama and tension. Eastwood’s film makes two wise decisions: the first is that it’s short at 96-minutes long; the second is the focus on the aftermath of events with an investigation into whether the landing could’ve been avoided. 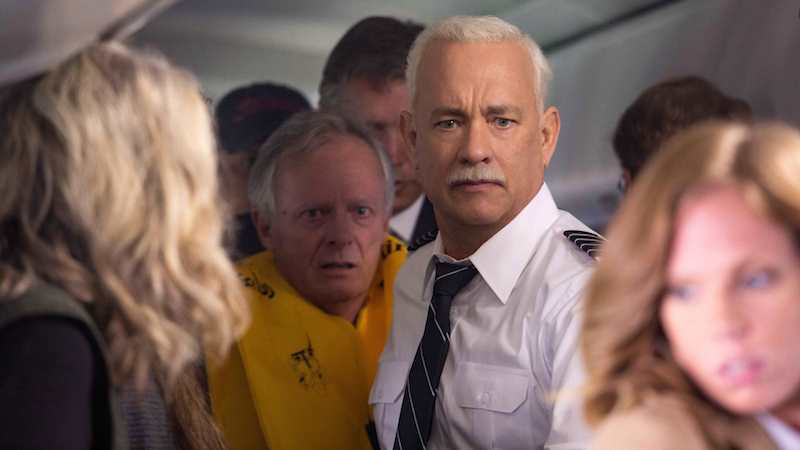 For any onlooker, it seems clear that Sully’s actions saved lives and were heroic in every sense of the word. What the film explores is an environment in which saving lives alone doesn’t seem to be enough. However well meaning it might have been in reality (where it took place 18 months afterwards, but here happens immediately), the film’s depiction of the National Transportation Safety Board’s (NTSB) investigation into the “crash landing” presents a look at how someone undoubtedly heroic can be made to doubt whether they did the right thing under a scrutinous and prosecutorial process. It’s a view that has earned the film some criticism, as it’s been acknowledged that Sully’s representation of the NTSB investigation differs from true events.

Nevertheless, it all makes for engrossing cinema. Hanks is unsurprisingly excellent in what is a quiet and subdued role, and the way he plays Sully’s PTSD is nuanced and impactful. One way the movie squeezes as much out of the event as it possibly can, is how Sully replays what happened over and over again in his mind. Each time he envisages a different outcome, as he reckons with dread and self-doubt about being named a hero in the midst of the inquiry. At every turn, Sully shows itself to be a film that artfully sidesteps expected clichés in favour of simplicity, becoming a recognition of the type of everyday bravery we don’t see so often on the big screen. 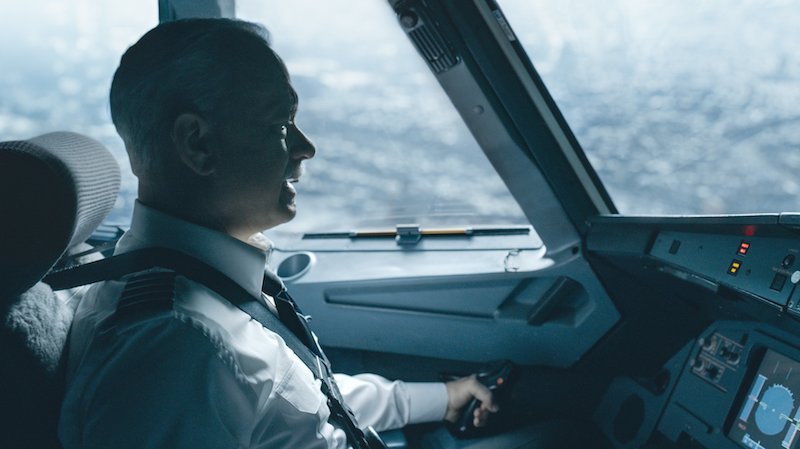 The film isn’t solely about Sully either, and some of its most effective sequences are when we witness the event from the perspective of someone else. These alternate views include seeing the landing from the perspective of the cabin crew, from rescuers, and from airport staff in contact with the plane. They all fit seamlessly together to provide a fuller picture of what happened that day, and Eastwood directs confidently in a way that makes us care about not only Sully but everyone else whose lives were affected that day.

Sully is clearly a film and a story that means a lot to Eastwood. You can feel his disdain for the idea that computer simulations could determine how best to save the people on board the flight, after they’d already been saved by a man, and you also feel his worry about the impact of both public and private scrutiny. The film makes it clear that being in the media spotlight takes its toll, and that both being the centre of national news and gaining adoring fans aren’t good things for someone who’s just experienced a traumatic ordeal. With a magnificent performance from Hanks, and a strong thematic structure to Sully’s journey of resilience in the face of scrutiny, the character arc at the heart of the film is probably one of the most rewarding things about it. 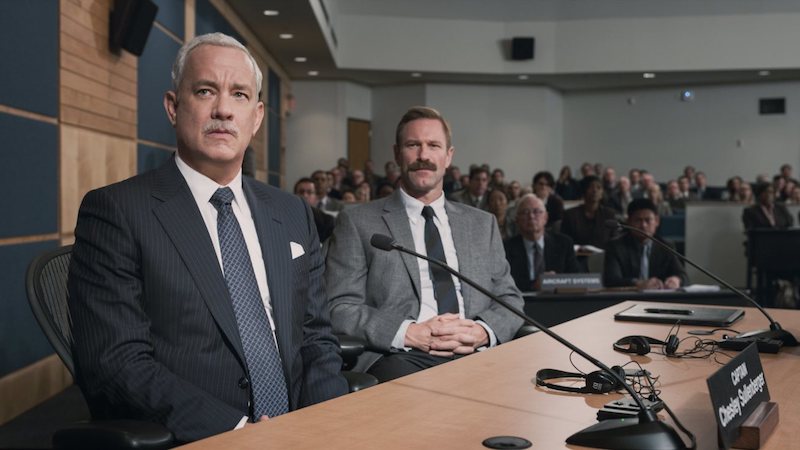 If there’s one area where the film will struggle to avoid criticism, though, it’s with its accuracy. Arguably, some will always see Sully as struggling to generate enough drama to fuel a feature-length film. It’s fair to critique Eastwood for not having an obvious “villain” to the narrative, so turning the NTSB into an antagonistic force certainly solves that issue. According to Condé Nast Traveller, a source from the NTSB said, “the basic premise of the film is simply inaccurate.” It’s important, though, to differentiate between the artistic license in telling a version of the story for a film, and recounting exactly what happened. Most should come away finding the movie gets the balance right, with the investigators largely well-intentioned but constrained by red tape, but it’s equally valid to worry that they’ve been turned into easy bad guys.

Ultimately, the narrative of Sully is all about how hindsight gives us the perspective of being able to wonder what could’ve happened differently, without ever being able to know the answer for sure. Eastwood is eager for us to stop the questioning and appreciate not only the miraculousness of what happened but the courage of the man at the centre of events. This is all about appreciating people who are exceptionally good at their job. Without the wealth of experience, training and quick thinking from the captain and his crew, the “Miracle on the Hudson” could’ve had a very different and altogether more tragic outcome.