The title sounds like a muscular ’80s movie, which is precisely what Brad Furman’s The Infiltrator intends to be. Telling the true life story of U.S Customs Service special agent Robert Mazur (Bryan Cranston), during his career highpoint as an undercover money launderer for a drug cartel, there are a number of reasons to be excited by this movie. The story’s undeniably dramatic, with Furman’s mother Ellen Brown adapting Mazur’s own novel, and the production’s blessed by the chameleonic presence of Cranston — who manages to make you overlook the fact his most famous role, as Walter White on Breaking Bad, had him playing another character embroiled in the shadowy world of illegal narcotics. Thankfully, the image of ‘Heisenberg’ melts from your mind very quickly, such is Cranston’s talent for becoming other people, but there’s only so far he can elevate a generic movie. 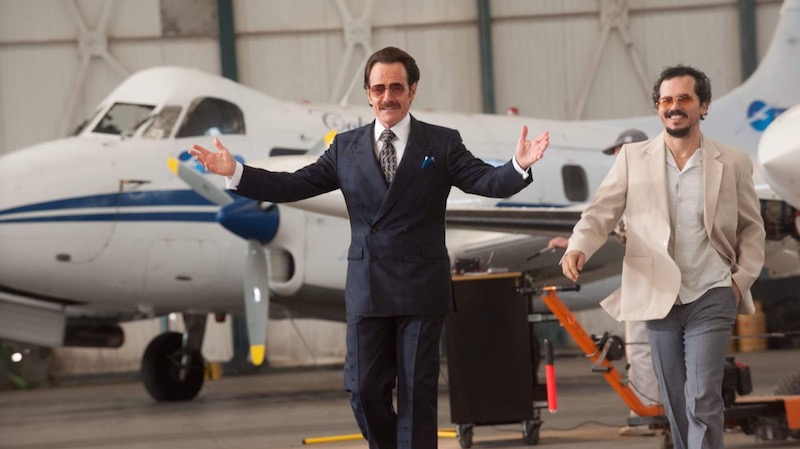 The underlying issue with The Infiltrator is that it feels like by-the-numbers filmmaking, telling a story we’ve seen multiple versions of before, and done a lot better. Furman’s movie is very nicely not and has a handful of memorable moments — like a sequence where Mazur has to maintain his cover as dangerous “Bob Musella” by outrageously losing his temper with a waiter; an unexpected drive-past shooting while in city traffic — but it never overcomes the fact it’s small fry in a genre that’s given us The Godfather, Scarface and, frankly, the aforementioned Breaking Bad. It’s hard to criticise events that actually happened, being dramatised three decades later, but it’s nevertheless true that The Infiltrator doesn’t do anything that makes you sit up and take notice in a crowded marketplace.

This is possibly why the casting is so great, with Cranston joined by the likes of John Leguizamo as his scummier partner Emir Abreu (who’s undercover with less glamorous, street-level criminals), Benjamin Bratt as Robert Alcaino (the Chilean lieutenant of infamous Pablo Escobar), Diane Kruger as Kathy Ertz (a rookie agent brought into the situation to pose as Mazur’s fiance), and an array of fun supporting roles from recognisable British actors like Juliet Aubrey (as Mazur’s real wife), Jason Isaacs (as lawyer Mark Jackowski), Joe Gilgun, and Daniel Mays. 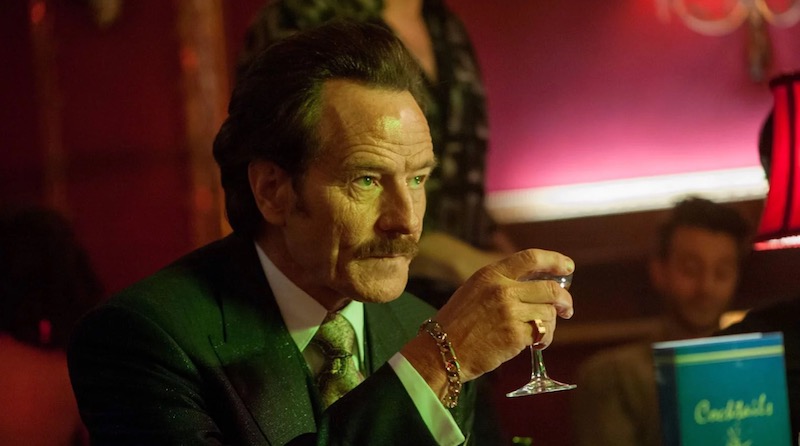 But try as they might, the combined efforts of those actors and a production that evokes the neon-soaked ’80s very well, can’t overcome a story that gets a little muddled in the second act, is certainly a touch too long at 127 minutes, and ends inelegantly with less of an emotional wallop than I expected. It’s presented as being a crime epic of great significance, but it’s just an also-ran with some unwelcome similarities to David O. Russell’s American Hustle with a touch of Michael Mann.

Still, there are worse ways to spend a few hours than watching The Infiltrator. The performances are its ace card, while the quality of the filmmaking ensures it remains entertaining despite the flaws, cliches, and a general feeling of averageness. So while it’s not a standout in its field, it’s a noble effort that has things to recommend about it. One positive is how well it communicates that the superficial riches and decadence of being a multi-millionaire drug trafficker masks a seedy, frightening daily existence. And that holds true for the real criminals who have chosen this life, those who have no choice but to get involved, and the moles sent to surreptitiously dismantle their business empire and risk losing their souls in the process.