Whisper it quietly, but Wes Anderson’s greatest asset was always Owen Wilson. And vice versa. In the years since the two men stopped writing together, their careers have often entertained (Fantastic Mr. Fox), and amused (Zoolander), and sometimes enthralled (The Grand Hotel Budapest), but nothing they’ve done separately has quite hit the heights of the three early films they co-wrote: Bottle Rocket, Rushmore, and The Royal Tenenbaums.

Of the three, I will always love Tenenbaums the most. It probably helps to have had a teenage obsession with JD Salinger, Orson Welles’ Magnificent Ambersons, the cowboy novels of Zane Grey and George F. Kaufman, and Edna Ferber’s waspish play The Royal Family. And if you’re not interested in those references, you can be sure that Anderson and Wilson were.

For The Royal Tenenbaums is both homage to, and parody of, all those things. The story of Royal (Gene Hackman) and Etheline Tenenbaum (Anjelica Huston) and their three children, The Royal Tenenbaums is a love letter to Salinger’s Glass family, with their raccoon coats, casually tossed off one-liners, and deep-seated melancholy that even the most perfectly prepared martini can’t quite quell. It’s also a send-up of the very idea of genius—“You never gave me the time of day till I started getting good reviews,” remarks successful writer Eli (Wilson) to Margot (Gwyneth Paltrow), all kohl-ringed eyed and leopard print coats. “Your reviews aren’t that good,” comes the deadpan reply. “But the sales are,” he returns, irrepressibly, hitting Margot and her slowly decaying promise exactly where it hurts. 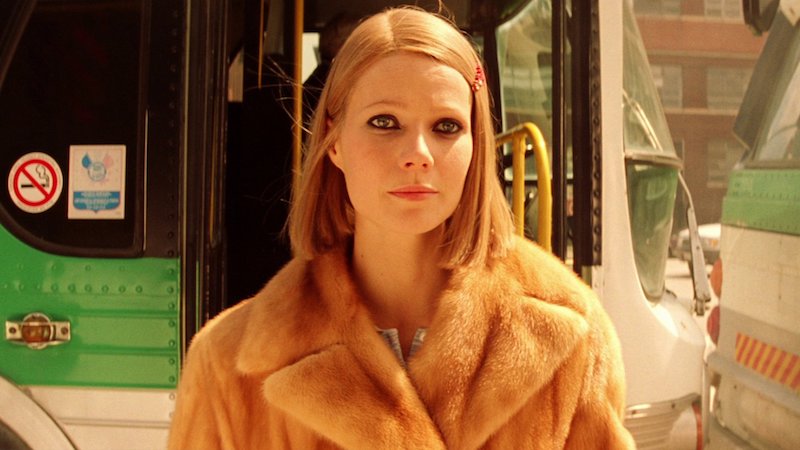 Talking of Margot, in a perfectly cast film Anderson’s stroke of genius lies in getting Paltrow to play her. Too often misunderstood, first as America’s golden-tressed, fresh-faced sweetheart, and later as the perfectly toned purveyor of ludicrously over-priced methods for staying forever young, Paltrow is also an Upper East Side girl under her surface California sunshine, and Margot Tenenbaum allows her to channel her inner depressive to fine effect. We believe that the adopted Margot (both insider and outsider in her own family), would be fatally attractive to everyone, from her depressed husband Raleigh St Clair (Bill Murray, excellent) to her equally depressed brother Richie (Luke Wilson), and his brash but also depressed best friend Eli. Deadpan, dressed in her finest downtown chic, and never less than five seconds away from another cigarette, Paltrow’s never been better. It’s enough to make you weep for the Hollywood system and the horrors of type casting.

Also making you weep: a fresh-faced Wilson, far from the traumas of rom-com hell with Kate Hudson, and allowed to channel both his ability to deliver a line with just the right amount of laconic charm, and his offbeat way with a character. His Eli is someone you root for despite his many screw-ups because, unlike the Tenenbaums, he’s not a child genius gone wrong, but normal and one of us.

The Royal Tenenbaums is both a film about finding brilliance in unlikely places and forging the smallest connections, and a surprisingly funny hymn to depression. Nearly every character, including furious Chas (Ben Stiller), is suffering from some form of sorrow, and none of them are quite sure how best to deal with it. This unexplained melancholy about life in general reaches a peak with Richie’s fumbled suicide attempt—an event which also responsible for one of the film’s funniest moments, the scene between a bemused Chas and a confused Ritchie at the hospital afterward. “I wrote a suicide note.”—“You did?”—“Yeah. Right after I regained consciousnesses.” 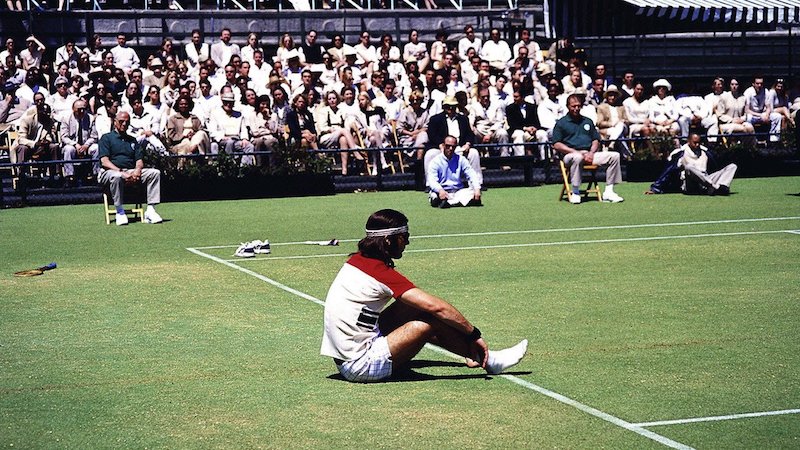 That self-consciously quirky exchange is the sort of thing that either makes you roar with laughter, or leaves you completely cold—and if it’s the latter then this film isn’t for you. Yet that small moment, in which two estranged brothers desperately try to understand each other, also highlights the reason The Royal Tenenbaums is Anderson’s best movie. Where his later films are too self-conscious and stylised for their own good (Moonrise Kingdom, in particular, is less a movie than an extended Instagram account), The Royal Tenenbaums has genuine warmth at its heart.

Even though Royal, teller of tall tales and destroyer of childhoods, is a truly terrible human being for lying about having a fatal illness, berating and ignoring his child, cheating on his wife, and barrelling through life with the supreme confidence of the truly selfish, we can’t help liking the old rogue. That’s partly because Hackman plays him with such a twinkle in the eye, but also because we can see there’s something worth saving at his core. Similarly, we root for Houston’s sensible Etheline to get together with her mild-mannered accountant and hope that her children can somehow put their issues behind them and forge new lives.

That we care is entirely down to the fact that, while the Tenenbaum Family might be as artificial a construct as anything Anderson ever came up with, you also believe they themselves love each other, even when they’re trying their damnedest to push each other away. Thus, Chas’s obsessive over-protection of his sons is born of the deep love he feels for them. Eli might mess up but he does still love the family. Raleigh cares for Margot even as her every action pierces him to the core. While she herself is genuinely heartbroken at Richie’s suicide attempt.

Most of all, though, The Royal Tenenbaums works because it’s a wonderful study in failure. As Alec Baldwin’s acerbic narrator says at the beginning of the film: “All memory of the brilliance of the young Tenenbaums had been erased by two decades of betrayal, failure, and disaster.” It is to Anderson and Wilson’s credit that the rest of the film goes out of its way to show that’s not true. At the start of the film, the Tenenbaum’s are a perfect example of Leo Tolstoy’s famous statement that “each unhappy family is unhappy in their own way”. By the end they’ve found a way to overcome that unhappiness, forging different lives. It is a fable, then, but one with a happy ending—no doubt Royal would say that all the best shaggy dog stories are.