Last week’s “The Red Angel” ended with a cool surprise: that the eponymous time-travelling enigma is Michael’s (Sonequa Martin-Green) not-actually-dead mother—identified here as Dr Gabrielle Burnham (Sonja Sohn)—who she thought had been killed by Klingon scientists when she was a little girl. This raised questions “Perpetual Infinity” had to answer, which I’m not convinced it managed to entirely, but there was enough of an emotional hook with the two Burnham’s to make the episode work.

So it seems Gabrielle used a prototype ‘time-suit’ to try and evade the Klingons that interrupted her Project Daedalus research, by travelling back an hour to change events. However, she was instead sent hurtling 950 years into the future, where a rogue A.I known as Control has wiped out all sentient life in the galaxy. Gabrielle then used the time-suit to try and change history but found she’s anchored to the distant future, as a fixed point, meaning she can’t stay too long in any era before she’s pulled back to where she started. This makes things very difficult, which is why Gabrielle’s mostly tried to nudge events along by getting others involved—like ensuring the USS Discovery found the alien sphere containing millennia of knowledge Control needs in order to become self-aware. She also realised only Spock (Ethan Peck) could communicate with her, thanks to his half-human biology and dyslexia, which enables him to comprehend temporal changes. Or, uh, something. 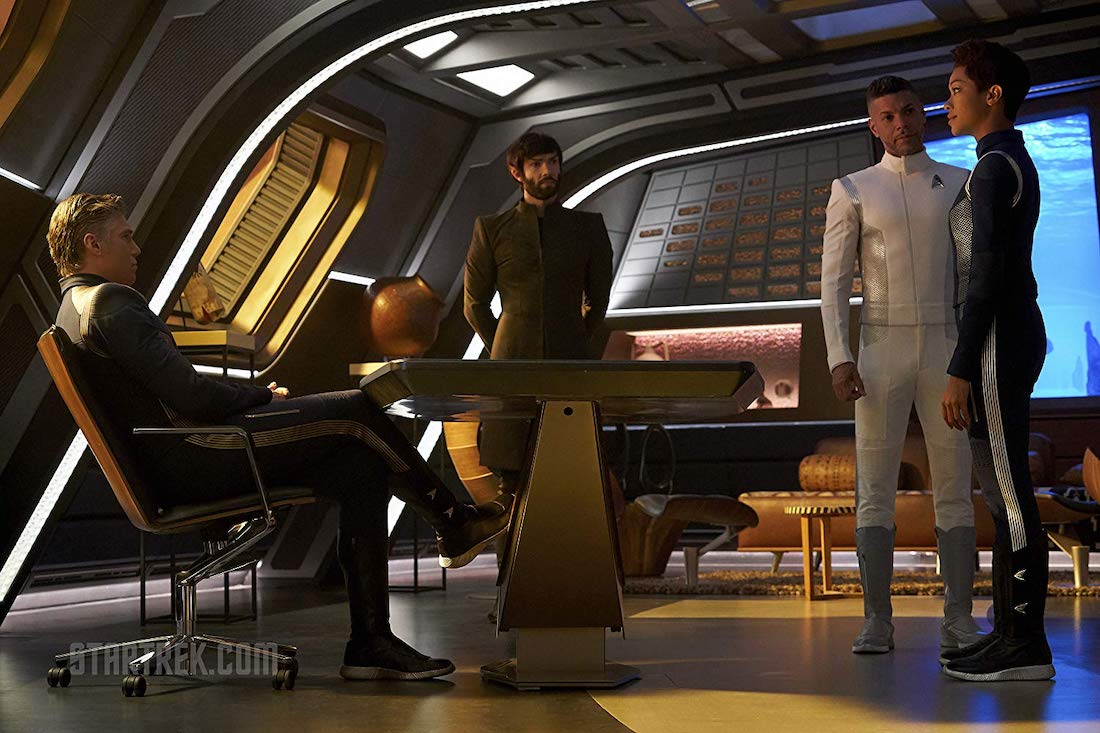 There’s definitely a whiff of the writers struggling to make sense of everything the season had set up earlier on, now they’ve decided on an explanation that ties into Michael’s family backstory. I’m not sure what’s so difficult to understand about Gabrielle’s situation that only a half-Vulcan could understand it, and maybe I’ve missed or forgotten the explanation for what Control actually is. A little post-show research revealed Control is a Section 31’s threat analysis program that’s run amok, like Star Trek’s version of Skynet from The Terminator (1984); a system that became self-aware and eventually decides to eradicate biological life. If a previous episode did make this clear, the information got lost in the mix.

What worked with “Perpetual Infinity” was the human element of Michael suddenly being confronted by her mother, who’s been dead to her for years. Sonequa Martin-Green was again excellent at communicating her character’s shock, disbelief, excitement, then unexpected disappointment once it became clear Gabrielle isn’t the mother she remembered. Sonja Sohn is also very good in her role, and it helps she resembles an older Martin-Green, although some of her behaviours didn’t track for me. It was a nice idea to have Gabrielle’s adventures through time affect her humanity, so she couldn’t find joy in seeing her daughter again, as Michael’s died numerous times in her ongoing attempts to alter history. It made the situation more painful and upsetting for Michael, who just wanted to hug her mother and feel joy in the miracle of their reunion, but some of what Gabrielle was saying didn’t quite fit. If she’s unconcerned about Michael in the here-and-now because she’s witnessed her daughter’s life and death numerous times before, why was she so concerned about Michael dying last week? The plan to capture the Red Angel hinged on Gabrielle’s maternal instincts preventing her from doing nothing and letting Michael die. But if she’s so blase about Michael this week, that doesn’t add up! 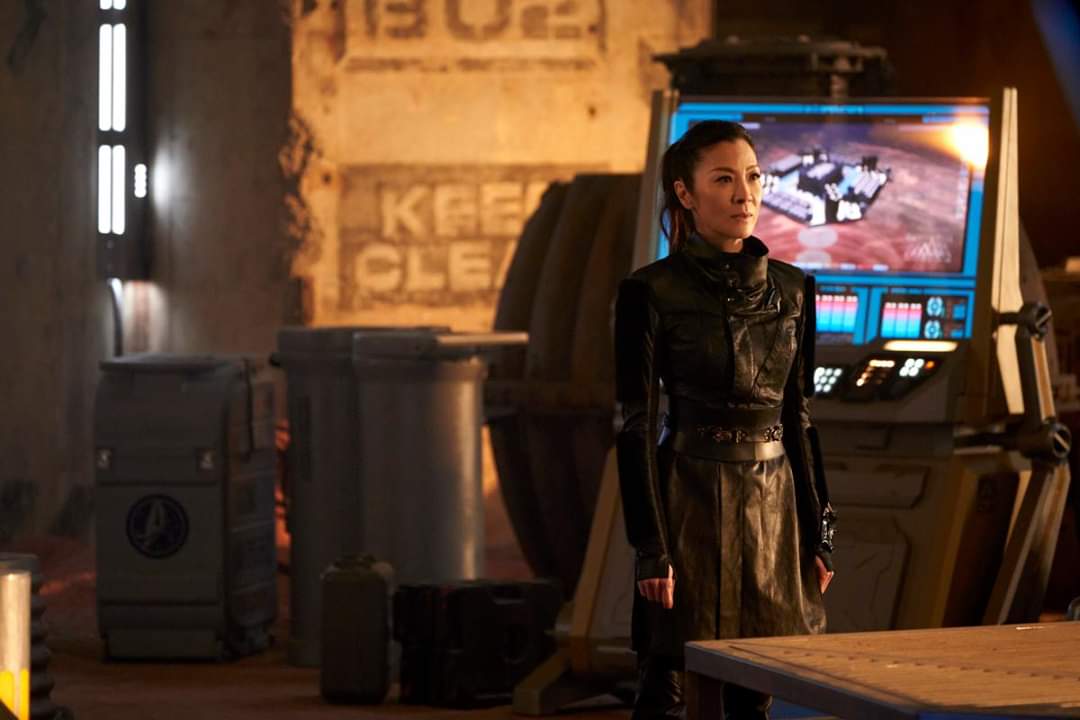 I’m also disappointed in the lazy direction taken with Leland (Aaron van Sprang), who was infected by Control nanites that literally enabled his body and mind to be puppeteered and, effectively, become the human face of this season’s villain throughout “Perpetual Infinity”. The actor makes for a good antagonist and Leland’s attempt to download the sphere’s data, before it could be transferred into the time-suit and then flung it into the future out of Control’s grasp, led to some tense moments. But, ultimately, it seems like a wasted opportunity to have Tyler (Shazad Latif) and Georgiou (Michelle Yeoh) smell a rat and both act heroically to stop their boss from completing his mission. Section 31 deals with moral grey areas for Starfleet, so to have Leland’s villainy stem from possession and force his crew to behave nobly seems like a waste. It would have been more interesting to have Leland somehow arrive at this decision for himself, although that would have required a lot more foundation to make work. Maybe it’s just easier this way, even if we’d been led to believe Control could only take over robots like Airiam until the plot required humans are also susceptible.

“Perpetual Infinity” had more focus than last week’s instalment and benefitted from the core of its story revolving around Michael and Gabrielle’s difficult relationship, but in general season 2’s arc is getting muddled. The “seven signals” have nothing to do with Gabrielle, according to her, despite them heralding the Red Angel’s appearances? There’s obviously enough time to explain everything in a satisfactory way over the last three hours, but these last two episodes haven’t been as clarifying as they seem intended to have been. I’m certainly intrigued by the potential for the Red Angel/A.I storyline to connect to the Short Trek episode “Calypso“, which was (coincidentally?) set roughly in the same era Gabrielle’s time-suit has tethered her. But I’m also worried Control might be revealed as an origin story for The Borg, which it resembles in some ways. That could work, or it could be a woeful misjudgement, as the writers have to explain why The Borg end up in the Delta Quadrant and never once mentioned their origins as a piece of software. It might be cool if Airiam gets resurrected somehow and becomes The Borg Queen, though…?