The long-awaited return of Star Trek to weekly television resulted in a mixed reception, as Discovery opted to follow a similar aesthetic and pace as JJ Abrams’ 2009 movie reboot. It was, therefore, a feast for the eyes and ears with some nifty ideas and scenarios but, for some, the emphasis wasn’t on the characters and exploratory nature of Star Trek. It was slightly more in the spirit of a Star Wars romp, or a more highbrow Guardians of the Galaxy (2014).

While I sympathise with this criticism, it also felt a little harsh and mostly came from middle-aged fans who grew up with Star Trek: The Next Generation (1987–1994). In stark contrast to that ’80s classic, Star Trek: Discovery faces stiff competition three decades on. People’s attention spans have shrunk while expectations have expanded, so it’s only natural for producers to try and make a new Star Trek appeal to as many non-fans as possible. Maybe once there’s a captive audience (hooked by the fun and action), it can push the boundaries in terms of purer sci-fi plots and mind-expanding ideas. Although its critics are quick to overlook how season 1 did involve intriguing things like an organic propulsion system (or “spore drive”) that accidentally sent the crew into a topsy-turvy parallel universe. 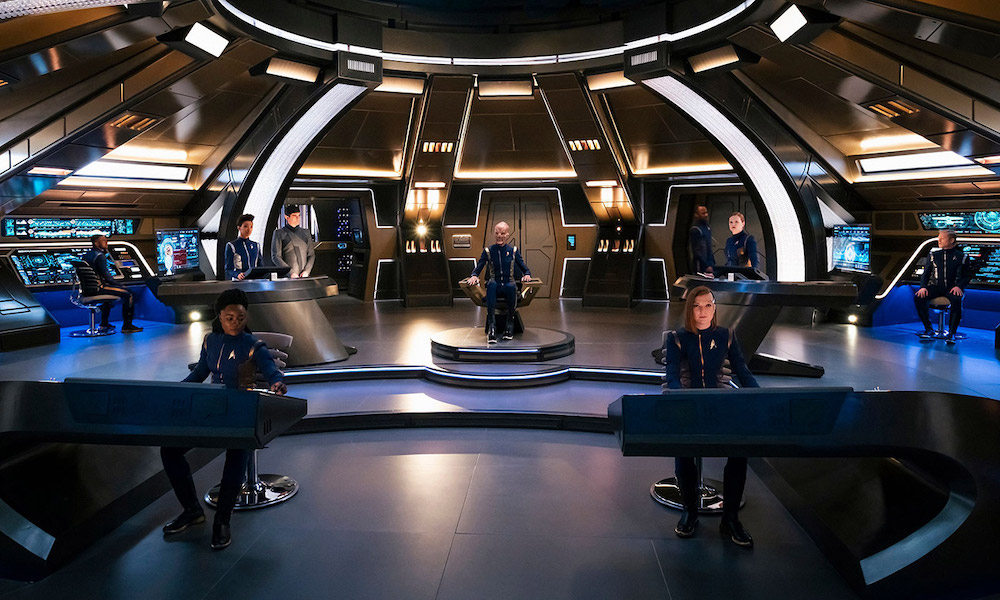 Discovery was perhaps unfairly ridiculed for having ‘dumbed down’ Star Trek at its mid-1990s peak? It had problems, much of it the result of co-creator Bryan Fuller (Hannibal, American Gods) departing the series as showrunner after disagreements with CBS. This led to his proteges Gretchen J. Berg and Aaron Harberts taking over, with producing support from the always divisive Akiva Goldsman (an Academy Award-winning screenwriter thanks to A Beautiful Mind, who’ll never escape having penned Batman & Robin).

Unfortunately, this second season has undergone similar turmoil behind-the-scenes. Goldsman didn’t return and Berg and Harberts were later fired by CBS over creative issues. Alex Kurtzman (who co-created the series with Fuller) subsequently took control as showrunner and here directs the premiere “Brother” (written by Ted Sullivan, Berg and Harberts). It’s disheartening to see history repeat itself, with Star Trek: Discovery setting off on a course charted by disgruntled showrunners fired by the studio, as it suggests CBS didn’t like what they were doing. One has to wonder if we’re going to see a flawed season that could noticeably switch focus once Kurtzman’s able to steer the ship around, edging closer to the taste of CBS, or if he’s been able to exert an element of damage control from the beginning. 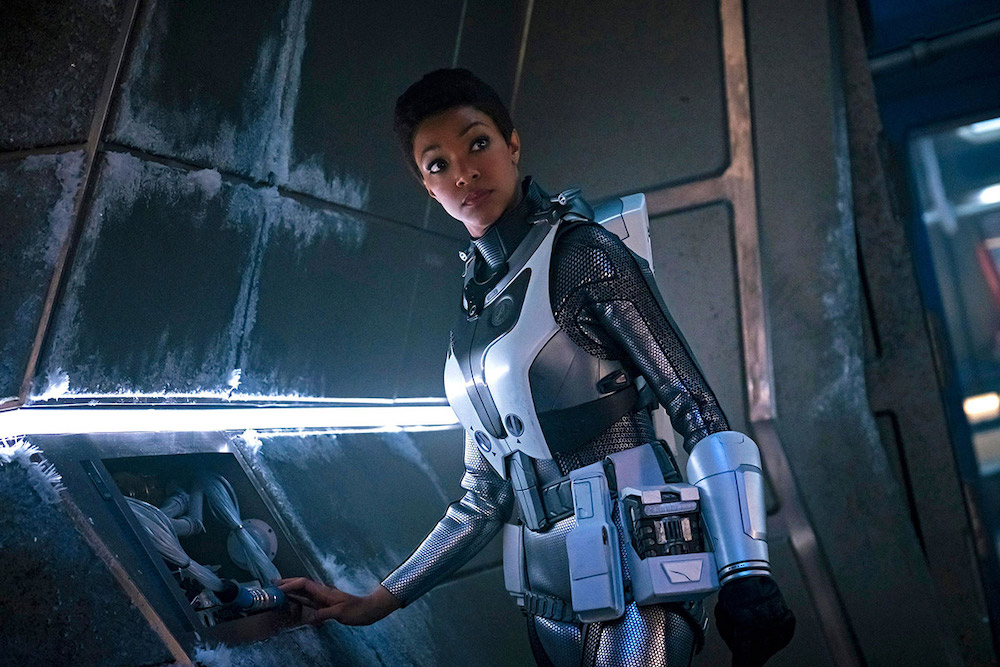 “Brother” picks up where the first season’s finale left us, with the USS Discovery answering a distress call from the iconic USS Enterprise while en route to Vulcan. The Enterprise’s captain, Christopher Pike (Anson Mount), comes aboard Discovery to take emergency command in order to continue the Enterprise’s investigation of seven mysterious celestial “signals” before it was badly damaged. The Discovery duly warps to the location of the only remaining signal detected, only to find a tumultuous area of asteroids where a medical ship, the USS Hiawatha, has crashed on one made of non-baryonic matter. On its surface, genius engineer Jet Reno (Tig Notaro) has survived the crash and is helping survivors, but can the Discovery rescue Reno’s crew before the asteroid is pulled into a nearby pulsar? And what is the meaning and origin of these seven signals the Enterprise detected?

Running parallel to the premiere’s core story is the relationship between Michael Burnham (Sonequa Martin-Green) and her adopted Vulcan brother Spock. This has been a controversial way to link Discovery (a prequel set 10 years before the Original Series) with arguably Star Trek’s most beloved character - famously portrayed by Leonard Nimoy. Burnham’s never been mentioned by Spock in any of the previous series or films, of course, and it has always felt like a pointless exercise to concoct an unspoken history between them. If Burnham had been raised by another Vulcan family, would it really have mattered? It remains to be seen if the show can provide a plausible and fascinating reason why Spock never mentioned his adopted human sister to Kirk and company… but the attempt has certainly moved up the agenda. 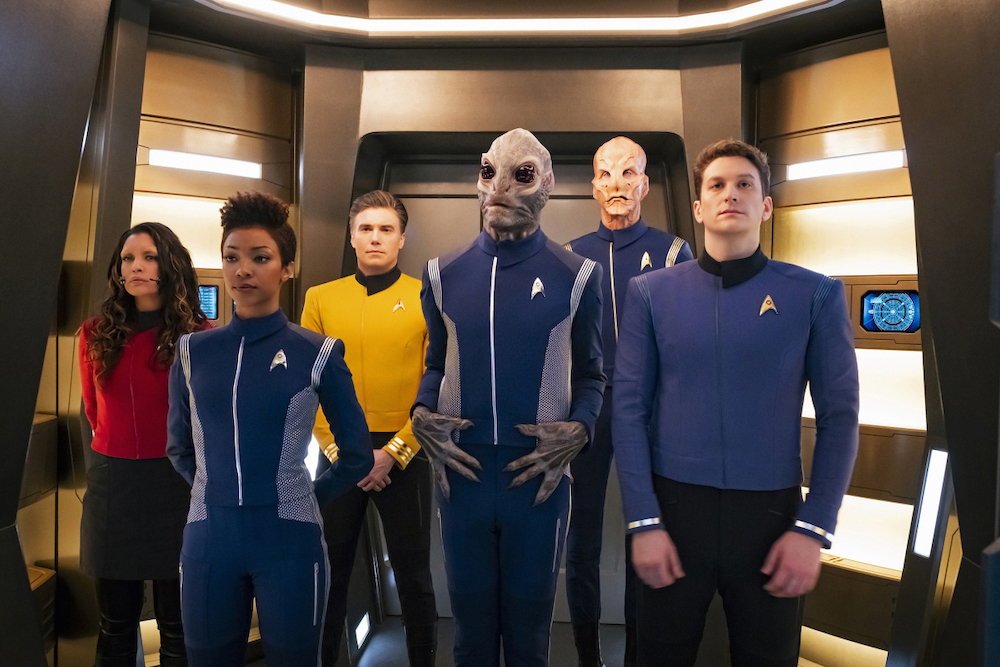 We’re given flashbacks to a teenage Burnham being welcomed into the respected family of Sarek (James Frain) and his human wife Amanda Grayson (Mia Kirshner), then seeing a much younger Spock manipulating star charts - that inexplicably result in him projecting a three-dimensional dragon-like creature into the air. These sequences are brief and odd, but the vibe is that Spock wasn’t particularly interested in bonding with a sister (happy is the wrong word for a Vulcan), despite Sarek thinking it would help his son learn about human empathy to grow up alongside Burnham. “Brother” holds back on revealing the adult Spock to us (to be played by a bearded Ethan Peck), as we only hear his voice on a personal log Burnham accesses once she’s aboard the Enterprise and discovers his star charts contain information about the seven unexplained signals Pike’s investigating.

It’s much too early to say if this season’s arc is going to be worth following (last year’s Federation-Klingon war was a much easier sell), but it seems likely to result in an interplanetary “treasure hunt”. There’s already a suggestion some alien intelligence is behind them, as Burnham had a vision of a “red figure” (resembling a skeletal angel) after being concussed while stranded on an asteroid’s surface as it was torn apart. Too much is open to speculation after just one episode, but considering a major criticism of season 1 was how Discovery didn’t make time for its crew to “seek out new life and new civilisations” it’s perhaps a promising sign of change. 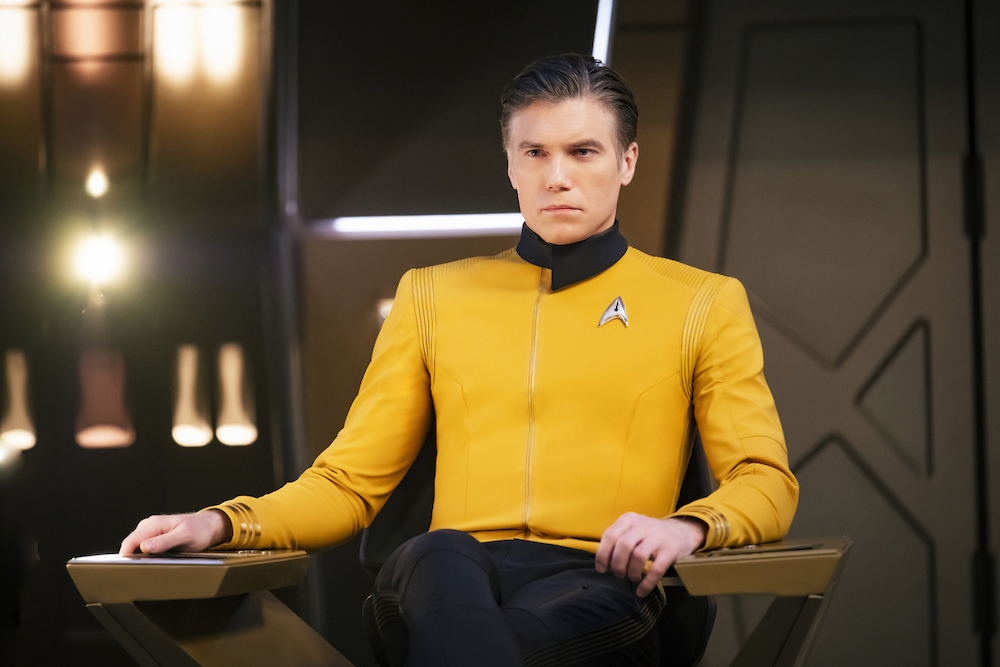 That said, perhaps inevitably, “Brother” is weighted towards more of the spectacle and kinetic action that fuelled much of the first season. In particular, there’s an ambitious space sequence where Pike, Burnham, and two dispensible crewmen, are piloting one-man “pods” that are more manoeuvrable through the asteroid field they find themselves in while trying to help the USS Hiawatha. It’s a stunning example of what Discovery can achieve on its “TV budget”, looking just as good as something you’d see in a multi-million dollar movie. The VFX and sound design is exemplary. and throughout “Brother” there are shots and moments it’s hard to believe have been created for the humble TV screen. Discovery is punching way above its weight on a technical level, but there’s undoubtedly a feeling the story is pushed aside for trailer-friendly set-pieces. One downside of the serialised nature of Discovery (following the modern trend of this format) is that, as an episode, “Brother” is only the first piece of a bigger puzzle. It’s hard to properly review because so much is yet to be seen and fully explained and contextualised. That’s doubly true of a premiere that only has to tease us with the promise of clarity later.

What definitely worked about this episode, besides the visual pizazz, is the casting of Anson Mount (Hell on Wheels) as Captain Pike; a character previously played by Jeffrey Hunter in the Original Series pilot “The Cage”, then by Sean Kenney for “The Menagerie”, and finally Bruce Greenwood in Star Trek (2009) and Star Trek into Darkness (2013). Mount seems like a good combination of the former and latter actors, having a throwback quality to his square-jawed all-American appearance (one could imagine him as a NASA astronaut from the 1960s), but with the greying gravitas and decency of what Greenwood brought. He may even develop a similar mentoring role to Burnham as he did with James Kirk in the recent movies. 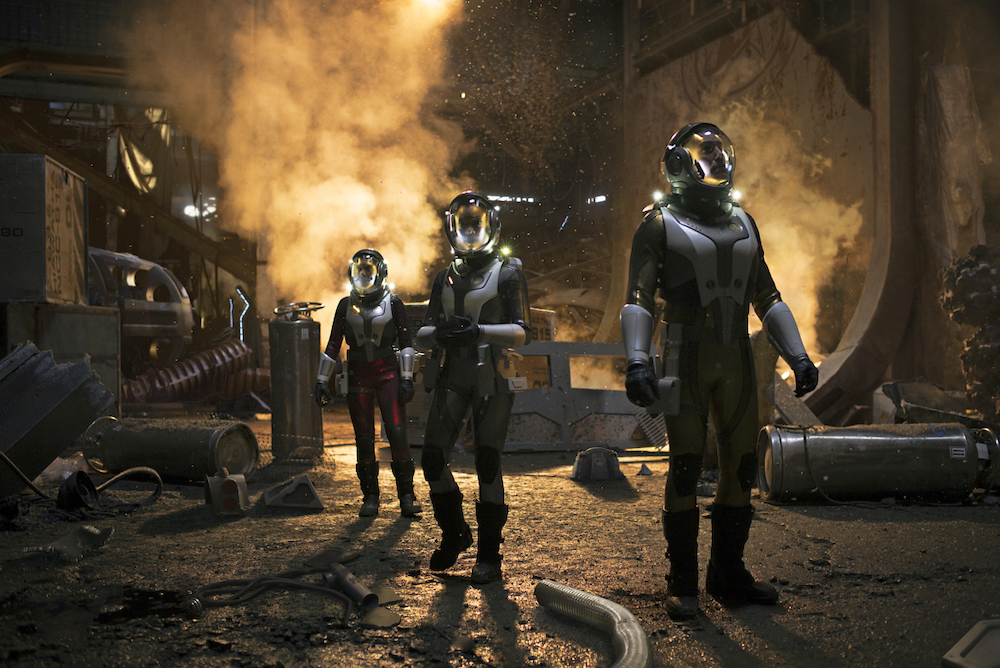 I also enjoyed the opening sequence utilising monochrome photographs from the Cassini-Huygens probe to Saturn, shown over a voiceover from Burnham about an African tribe’s creation myth. Considering what this episode setup with the seven signals Spock’s been researching, we might be headed towards an arc touching on faith versus science. That’s fruitful terrain for Star Trek, although it remains to be seen if the idea is going to be treated seriously like Star Trek: The Motion Picture (1979), or more shambolically like Star Trek: The Final Frontier (1989). Sometimes tells me it won’t be as thoughtful and patient as some older Trekkers expect from the franchise, but will involve a great many space battles.

Overall, “Brother” wasn’t as exciting as last season’s premiere, “The Vulcan Hello”, but it laid a firm foundation. I just didn’t feel like there’s been much of a creative overhaul between seasons, taking into account some of the criticism the show received, but perhaps it’s too early to say for sure. The characters still behave like contemporary people, high-fiving and making quippy one-liners, when I know that causes some fans to cringe. While some prefer the stoic behaviour of The Next Generation crew, who really did seem more “evolved” in their demeanour, I also remember the writers of TNG feeling constrained by Gene Roddenberry’s vision of future humans. They got the balance right in Star Trek: Deep Space Nine by introducing a dose of darkness and realism, so maybe Discovery could reign in the more noticeably present-day feel of characters like Tilly (Mary Wiseman)—who behaves like she’s a time-traveller dropped into the 23rd-century. Or maybe a Galaxy Quest (1999) actress.

And I remain unconvinced Discovery, in only its second season, should be closely tethering itself to Star Trek icons and characters like the USS Enterprise, Captain Pike, and Mr Spock. It seems like the show doesn’t have enough faith in its own set of characters and goals, frankly. But, whatever my nitpicks, I find Star Trek: Discovery to be an entertaining and visually stunning TV series, doing its best to be true to the franchise’s long and knotted history without feeling burdened by trying to modernise. There’s just work to be done in finding a balance between high-octane thrills and the exploration of science fiction concepts.

Written By
Dan Owen
More from Dan Owen
A man named Zac Hobson awakens to find himself alone in the...
Read More