This fifth episode did a lot of good things, furthering our understanding of these characters, while using the theme of pain to interesting effect across each storyline. Things got underway after Captain Lorca (Jason Isaacs) was kidnapped by Klingons, who now suspect the USS Discovery is the Federation’s “secret weapon”, and tortured him for information using his intolerance for bright light. Elsewhere, Burnham (Sonequa Martin-Green) noticed the Tardigrade appears to be suffering each time it’s used to navigate the ship’s spore drive, but her concern for its wellbeing isn’t reciprocated by Saru (Doug Jones) when said jumps become the only way to save Lorca. And it all came together in a cool way, with Stamets (Anthony Rapp) volunteering himself to become a ‘replacement Tardigrade’ by injecting himself with its DNA, in order to ensure the mission was a success.

“Choose Your Pain” was perhaps the closest Star Trek: Discovery’s come to feeling like an old-fashioned Trek adventure, although there were times when the writers went out of their way to make it feel edgy and dark. Most noticeably when both Tilly (Mary Wiseman) and Stamets dropped f-bombs during a conversation. The rationale is profanity makes characters feel more believable to modern ears, but is it necessary? There’s always been something pleasant about how members of Starfleet talk more intelligently than is common today. The odd expletive is fine, but f-bombs on Trek? Even the remake of Battlestar Galactica found a novel way around that. 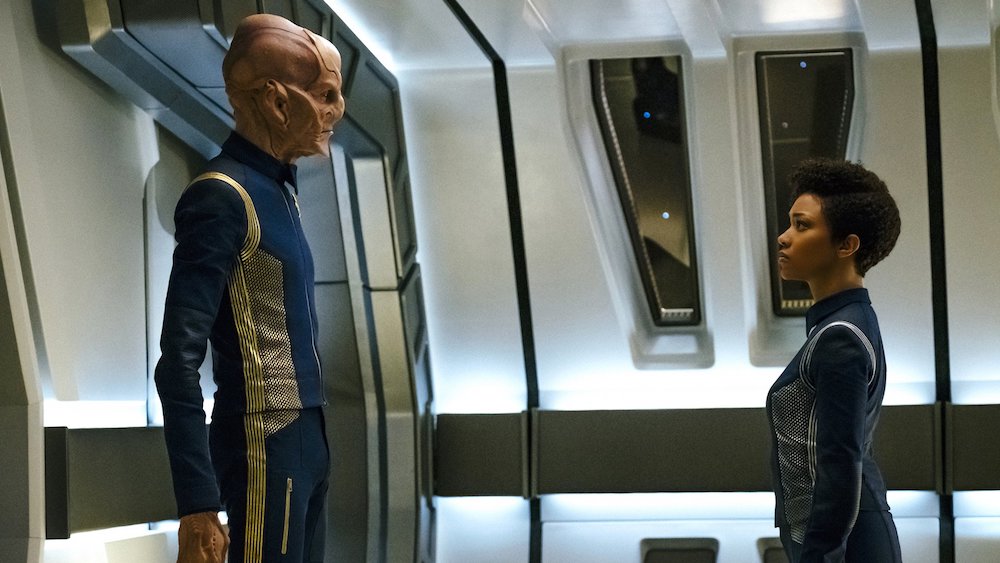 Regardless, this instalment concluded a three-part arc involving the Tardigrade. That suggests the season’s overall story is going to flow naturally from incident to incident. We may get a few random standalone adventures, but the ongoing story is serialised and concerns this war, with internal arcs along the way. I’m fine with that, for now, provided we get a variety of stories.

The final shot of this hour, with a sinister-looking reflection of Stamets moving independent of him in a mirror, suggests using the spore drive on a human has done something unexpected. I heard rumour that Discovery would involve a trip to the popular ‘Mirror Universe’ this season, so perhaps this is the beginning of that? Is it possible we’ll realise the crew of Discovery created that alternate reality? Or will access it first?

We also met Harry Mudd (Rainn Wilson) this week, who’s a direct link to the Original Series. The rotund trickster (originally played by Roger C. Carmel) appeared in two episodes in the 1960s, “Mudd’s Women” and “I, Mudd”, although I’ve never understood his popularity. He was a terrible character that brought a very outmoded view of women to the show, which only served to remind you it was made during the Swinging Sixties, and I wasn’t excited to see him in a more youthful form. 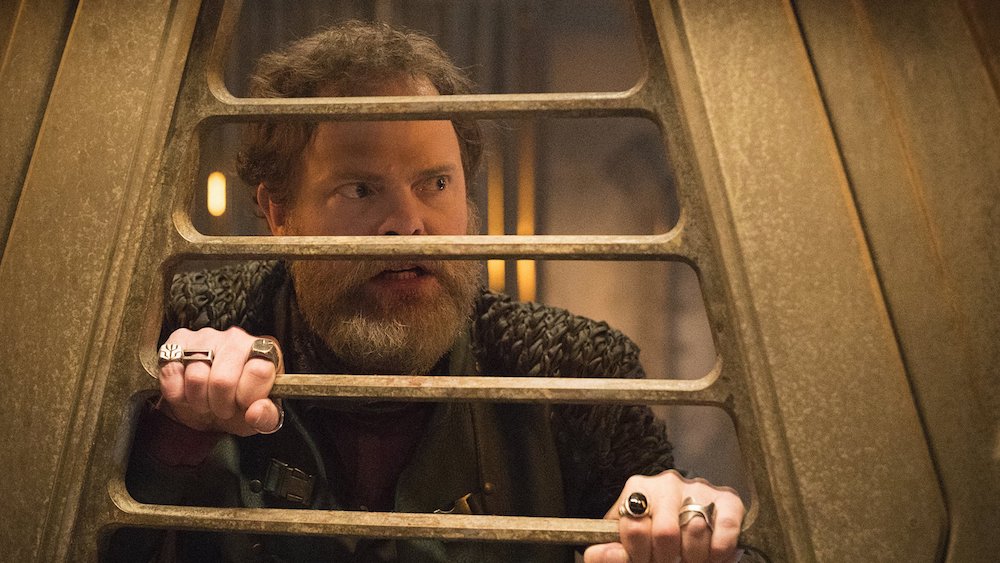 That said, Wilson did a good job with the role, and there was little sign of the traits I dislike about Mudd. He was less a jovial conman and more an anarchic voice of the proletariat, who don’t get to fly around in expensive starships, but are expected to live with the everyday consequences of interstellar war. That’s an interesting viewpoint I hope gets explored elsewhere soon.

It was also surprising to see Mudd in this particular context, as a prisoner of the Klingon Empire, and the fact he was passing information to his captives and being selfish to ensure his own survival fit his personality to a tee. If you remember the trailers for Discovery, there a few moments of Mudd that didn’t happen in this hour, so he’s undoubtedly going to return with a grudge against Lorca for abandoning him in the brig.

Lieutenant Ash Tyler (Shazad Latif) also made his debut, so we now have our full compliment of regular characters. Tyler’s a Klingon POW who was in bad shape when Lorca found him (it was even suggested he’s been sexually abused by a female Klingon), and will clearly be given a position aboard the Discovery as thanks for his help in escaping. 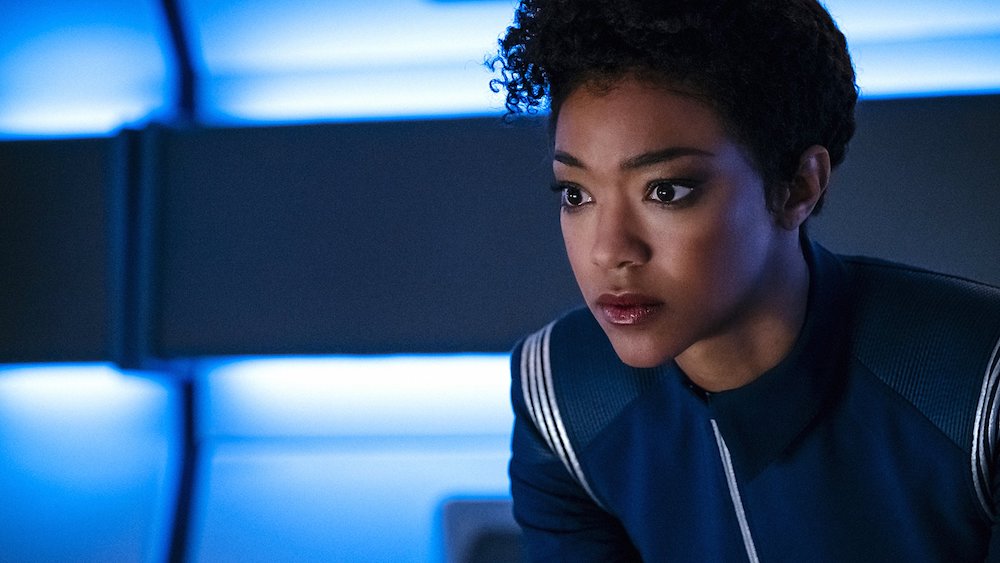 It’s too early to tell what Tyler may bring to the show, but I’m slightly worried about the show’s ensemble right now. Burnham and Saru have the juiciest scenes because of their richer history, Lorca and Burnham work well thanks to the air of distrust between them, I enjoy the comedy moments between Tilly and Burnham, and there are signs that Stamets and Dr. Culber (Wilson Cruz) literally make a good couple. But as a cohesive team, we’re not quite there yet. Maybe by design?

It doesn’t help that most of the characters seen on the Bridge don’t have speaking parts, despite being present every week. I know they’ve been given names, but casual viewers won’t know them. They’re just faces who react to what’s happening on the viewscreen. Some of the intention with Discovery was to have main characters who might not always be working on the Bridge, or even have a reason to go there very often, and through that we can get a greater sense of a starship’s inner workings. But right now, that means Engineering. I hope this season’s arc is working towards making everyone feel like a cohesive team, as there are already a few signs Stamets is warming to Burnham… or respects her opinion and has noticed she’s rarely wrong about anything. 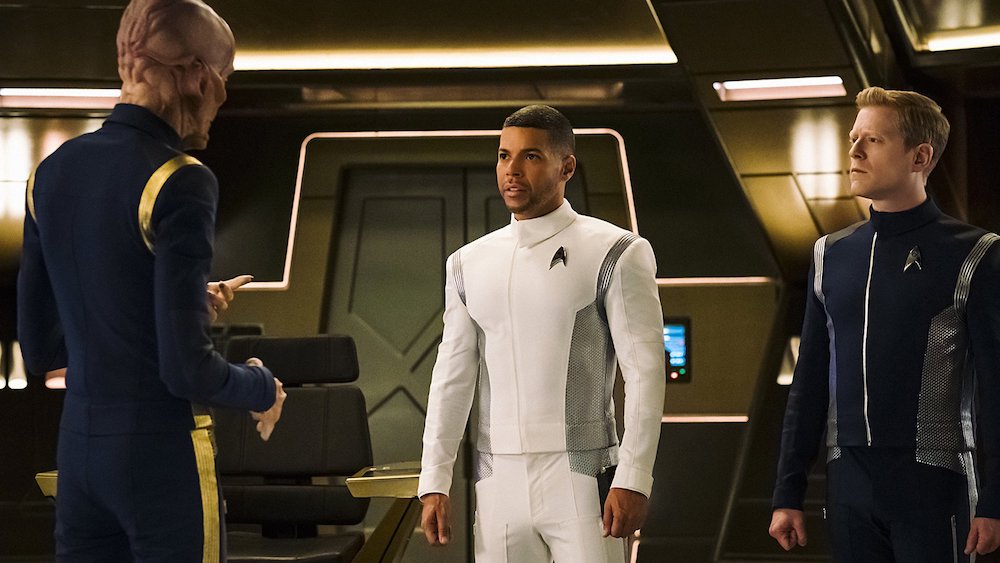 There were a few missed opportunities and problems with “Choose Your Pain”, however. I thought more could have been done with the idea of Lorca being tortured, as the whole episode could have been spent on scenes with the Klingons trying to break him. And considering what he must know about the USS Discovery, it seemed odd they weren’t more determined to make him crack and spill about their enemy’s super-weapon. There were also plenty of moments when the behaviour of characters was driven by what the plot required, rather than what they’d really do— such as Saru being dismissive of the Tardigrade’s distress, when he’s part of an alien race that know what it’s like to be preyed upon and abused by other beings, just because he’s keen to rescue Lorca back and prove himself.

Still, for the most part Star Trek: Discovery is slowly maturing and finding its feet. Some of the plotting here was a bit loose (look how easily Lorca got captured), and I could’ve done with more scenes between Lorca and Tyler to firm up their dynamic, but I like how they drop crazy backstory into conversation (Lorca killed his previous crew to stop them becoming prisoners of the Klingons, which is pretty damn dark for Star Trek). And there was a decent balance here between action and violence, and the more thoughtful sci-fi regarding the crew’s ethical responsibility to the Tardigrade. It’s not Star Trek as you remember it from before, but it’s not too far off. I just hope we’re headed in the right direction.