As “Not Well At All” unfolds, it quickly becomes the funniest episode of the season. It also happens to be the best episode, delivering a series of pay-offs and punchlines to plots that have been simmering all season in darkly humorous fashion. But by the episode’s end, the sly humour falls away, and we’re left with just the dark, in what may be The Knick’s most devastating sequence yet.

There’s nice early tension as we’re presented with an unidentifiable man, shot from an angle that excludes his head, swigging from a flask before pulling a gun out and making a beeline for the Knick. It soon turns out that the man is Brockhurst (Fred Weller), the boorish thug in search of his (newly separated) conjoined twins. Soderbergh frames the confrontation between he and Thack (Clive Owen) brilliantly, with Cleary (Chris Sullivan) seen approaching slowly in the background; a masterclass in build-up, and brilliantly paid off when the hospital’s bruiser gets to use his baseball bat—for the first time, if you’d believe it! 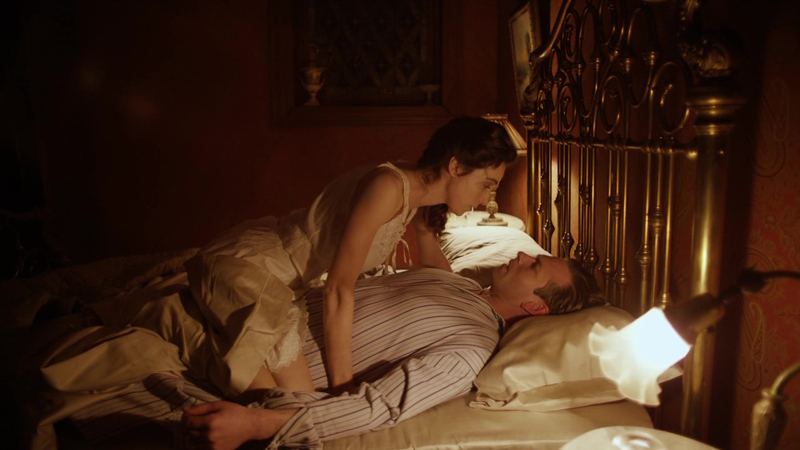 The danger here dissipates relatively quickly, with no harm done. The same cannot be said of events at the Gallinger household, where The Knick becomes a self-contained play for a moment, giving us a dark and very funny short horror film. When a detective turns up at the door, you wonder if Everett’s (Eric Johnson) medical misadventures might have caught up with him, but no: it’s the death by poisoning of Dr. Cotton that’s drawn the eye of the law down upon them.

Maya Kazan’s weird, offbeat performance as Eleanor Gallinger has been a macabre delight, and she delivers the killer punchline here (“may I offer you a hot cup of tea?”) with demented glee. She soon confesses that it was she who poisoned Cotton, citing the episode’s title in the face of all the horrors he wrought upon her as justification. The gallows humour continues as she brings out the tea, and the camera stays trained firmly on the cup that may or may not mean death for the poor detective. Everett’s panicked incredulity, coupled with the faintest of sinister smiles from sister Dorothy (Anabelle Attanasio) make the whole sequence a horrible treat. It’s so brilliantly ghoulish that it plays more like an excerpt from Inside No. 9. 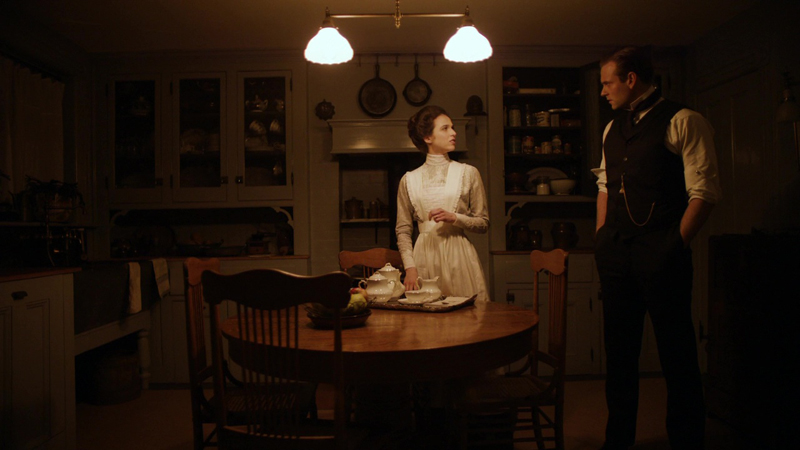 There’s a more comedic punchline in the hilarious scene where Cleary tests out Harry’s (Cara Seymour) condoms. When he asks for her help in, ahem, “maintaining himself”, there’s a brief moment when she thinks he wants her to offer a literal helping hand, but in actual fact, he just wants her to sing to him, and she duly does… only for Cleary to instantly joke that the sound of her voice was having the opposite effect! For such an awkward thing to be doing, the sense of comfort and humour each display is admirable, and it’s an eye-wateringly funny scene.

(Special mention to the episode’s other funniest line: as Thack’s unidentified stabbing pains grow worse, Algie (Andre Holland) pleads “at least me look at your stool”, to which Thack retorts: “Not even if you went up there and got it yourself”. Brilliant delivery from Clive Owen.) 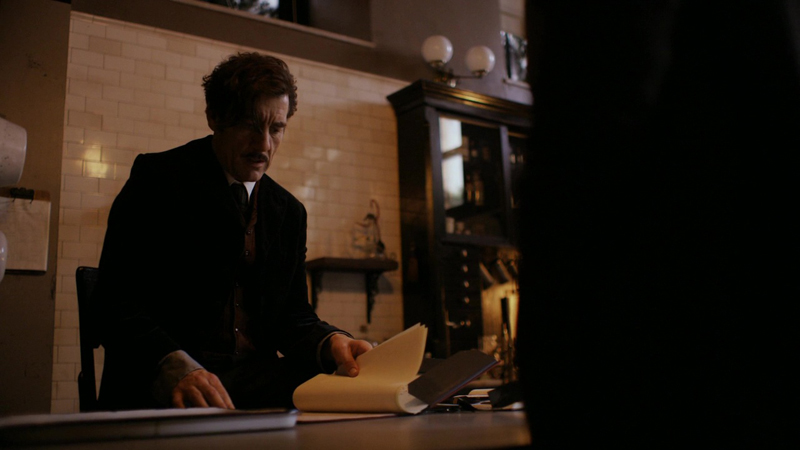 Another punchline long in the waiting comes after Barrow (Jeremy Bobb) has finally raised the money to free his favourite whore, only to find at the subsequent hospital manager’s meeting—shot in another long, unbroken Soderberghian shot in which the camera ghosts and swirls around the room fluidly—that he’s finally being accepted into the club of the city’s upper echelons, but only under the proviso he pays two grand by the end of the day. Pity he’s just bankrupted himself, eh?

After weeks of slow-burn plot development across the board, most of the series’ big threads are now coming to a head, and the punchlines and pay-offs in the early going are hilarious; whether dark and macabre, or funny and farcical. And it’s that early humour that makes the emotional wallop of the episode’s second half hit all the harder.

Any sympathy for Barrow should evaporate instantly, as one of the numerous men he’s walked all over gets revenge, revealing his new house to his wife Effie (Molly Price). Effie assumes it’s a surprise move uptown for her, but when she confronts him, Barrow doesn’t even have the decency to lie, or break the terrible truth softly. He tells her, in the coldest and most uncertain of terms, that he’s leaving her, and that he’s sold her house out from under her. And after shattering this devoted woman’s life, he still thinks that getting champagne thrown over him is the worst thing to happen around that table. 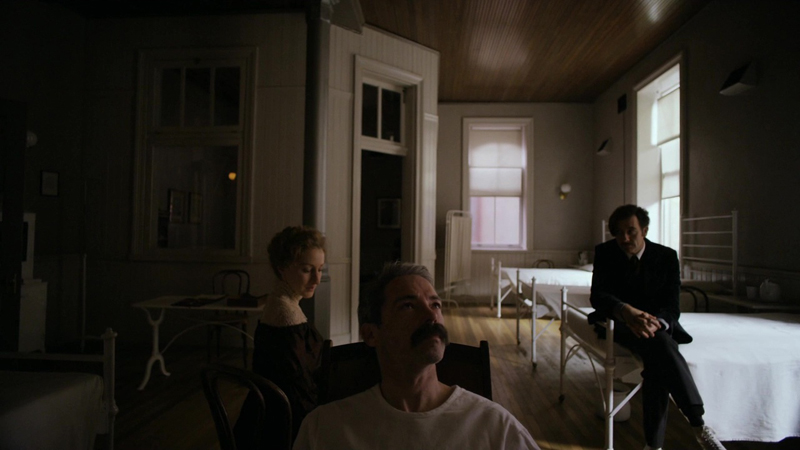 The next shot sees Jeremy Bobb fix a picture of purest happiness over Barrow’s face as he claims his whore for keeps, and Cliff Martinez’ reverent score—as well as some achingly beautiful direction from Soderbergh—paint it as the beautiful, crowning moment of the righteous and epic love that Barrow sees it as, rather than the sad, desperate tragedy it really is. Fantastic work, even if the toss-up between Barrow and Everett Gallinger for the most despicable character in the series (and maybe on television in general) is a hard one to call.

The second half also sees the dark comedic stylings of another plot dissolve, as the tragedy of Eleanor Gallinger becomes complete, and she’s readmitted to an asylum for the help she so desperately needs. As an extra sucker-punch, Gallinger and Eleanor’s sister Dorothy waste no time at all before ‘comforting’ one another. Annabelle Attanasio hasn’t much to do all season, but her sly performance here makes you wonder—could she have been pushing Eleanor over the edge with the aim of stealing her husband in mind all along?

There’s yet more heartbreak when Cleary and Harry—so gloriously, perfectly happy earlier in the hour—go on a date to the circus. It starts well—their reactions to a horror short film are adorable—but when Harry confesses how much she’s come to care about Cleary, he misreads the situation and goes in for a kiss. She instantly rebuffs and rebukes him, and the (sometimes) gentle giant is left dumbstruck and alone. It was almost inevitable that their happy cohabitation and friendship would crash and burn at some point, but that didn’t make it any easier to bear. Whether romantically or platonically, though, they’re too potent a character-combo for the series to ditch forever, so let’s hope they can work things out. 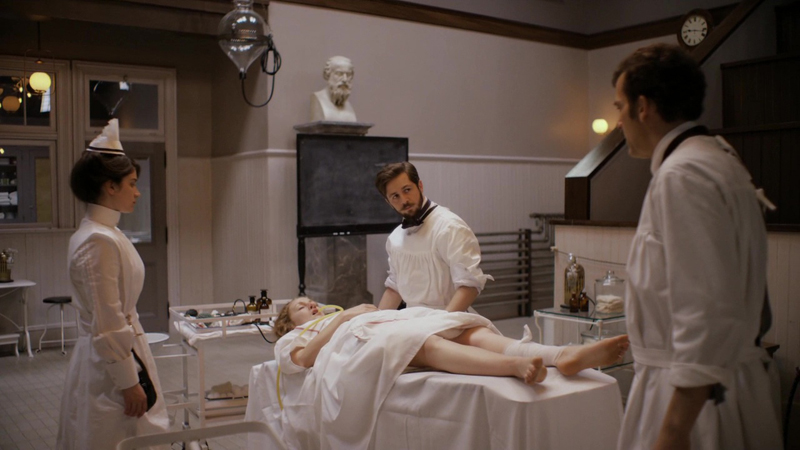 And then as if all that wasn’t weighty enough, the episode ends with the most devastating moment in Knick history, with the crushing and unexpected death of Abby (Jennifer Ferrin). What makes it so surprising is that earlier in the episode, Thack had pushed her into a new and potentially very interesting field. When asked by an addict how he kicked his habit, Thack explains that it was with Abby’s help. “She’s helping me. We talk”. The simplicity of that thought hits home, and he pushes Abby into being a sort of proto-counsellor for other addicts.

She speaks to Thack’s patient, in a scene shot very much as a traditional therapy scene—there’s no reclining couch, but the wheelchair pushed up against the wall and the camera angle places the characters very much into that framework and dynamic. And just when she was getting started with this fascinating new avenue—potentially offering meaning to a life that she’s only just reclaimed, plus an interesting avenue for the series to explore creatively—the surgery to further correct her nose goes immediately wrong and she dies on the operating table without an incision being made.

It’s a real gut-punch moment, and the silence that falls over Thack, Bertie, and Lucy emphasises the momentous weight of what just happened. They all stand suspended in shock and grief: they all know what this could mean for Dr. John Thackery. 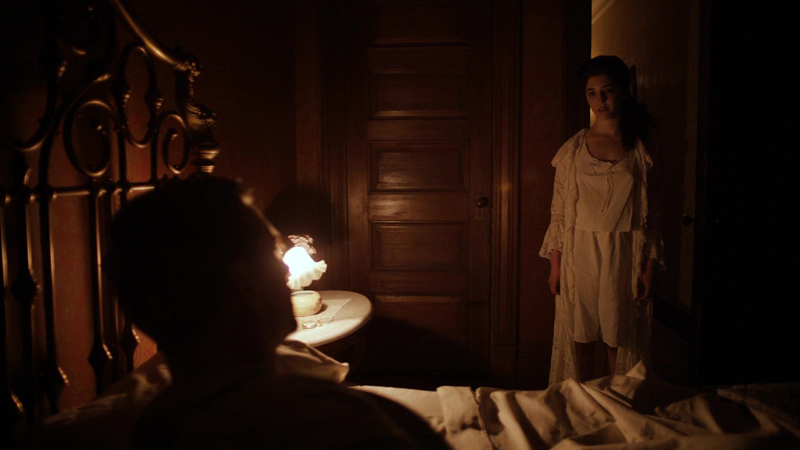 The great tragedy, of course, is that the surgery was purely cosmetic—Abby’s life was in no danger. As Thack repeatedly told her, she didn’t need further rhinoplasty to be beautiful. But Abby’s doubts over her physical appearance ran deeper than Thack could fix with mere words, even if that’s all she used to fix him.

Abby was always the show’s most tragic character, and with final happiness in sight—one more surgery may well have been the last step to fulfilment—her end is the most shattering moment in the series to date. And with the loss of Abby, you have to fear for Thack. He was doing so well, but he will surely relapse now. Luckily, Clive Owen and Dr. Thackery are that rare thing among damaged TV heroes, in that they’re equally as compelling whether functional or broken.

A busy hour that was by turns dark, funny, and ultimately devastating, “Not Well At All” marks the high point in what has sometimes been an ill-paced and meandering sophomore season. Two episodes left, and it looks like we’re in for a hell of a finish.

THE AMERICANS, 4.8 – ‘The Magic of David Copperfield V: The Statue of Liberty Disappears’