Steve De Jarnatt’s apocalyptic thriller Miracle Mile is a cult movie in the purest sense: not many people have heard of it, fewer have actually seen it, but those who have tend to love it. De Jarnatt himself is an equally curious oddity. This was his last feature film after comedy Strange Brew (1983) and sci-fi satire Cherry 2000 (1987), and he’s only accrued a smattering of TV credits in the decades since Miracle Mile debuted to good reviews and poor box office. It cost $4.4 million, but scraped back $1.1m.

Miracle Mile is a romantic movie interrupted by a doomsday thriller, as jazz musician Harry Washello (Anthony Edwards) meets waitress Julie (Mare Winningham) at the La Brea Tar Pits in Los Angeles. They spend a promising afternoon together, before arranging to go on a midnight date that Harry misses thanks to a power cut. Arriving hours late in the titular neighbourhood, forlorn Harry answers a ringing pay phone and hears someone desperately trying to warn his father that nuclear war’s imminent. Is the caller an American soldier in a missile silo somewhere, who got the wrong number? 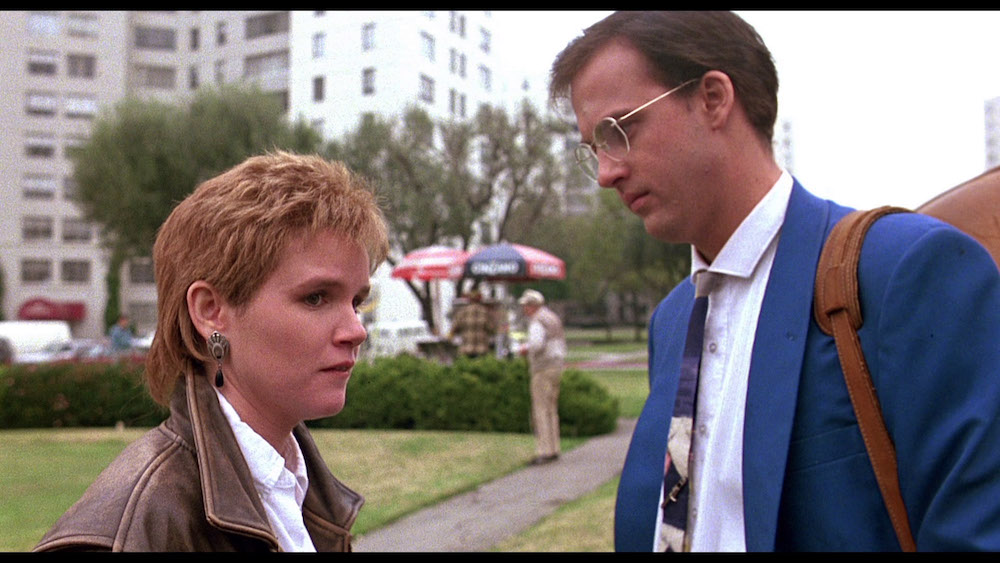 Unnerved but only half-convinced what he heard wasn’t a prank, Harry slowly comes to believe that missiles are indeed about to hit, after sharing his story with diners who take it more seriously. Certainly after one of them, businesswoman Landa (Denise Crosby), uses her government contacts to corroborate Harry’s warning that a nuclear holocaust is coming. And so, with World War III about to become reality, Harry makes it his mission to find Julie and fly her to safety out of the country.

There’s a very strong conceptual pull to Miracle Mile. It feels like a lost Twilight Zone episode, so it’s no surprise to learn that Steven Spielberg wanted to make it the centrepiece of his Twilight Zone: The Movie (1983) anthology. De Jarnatt wrote the screenplay after graduating from film school in the late-1970s, before American Film magazine proclaimed it one of the best unmade scripts of 1983. De Jarnatt wanted to direct the movie himself, but no studio would trust a relatively inexperience filmmaker with a project they envisioned having a mid-range budget and a happy ending. After years in development hell, De Jarnatt optioned and bought his own script for $25,000, refused a tempting offer to sell it back for $400,000, then went ahead and made Miracle Mile on a shoestring through Hemdale Films. 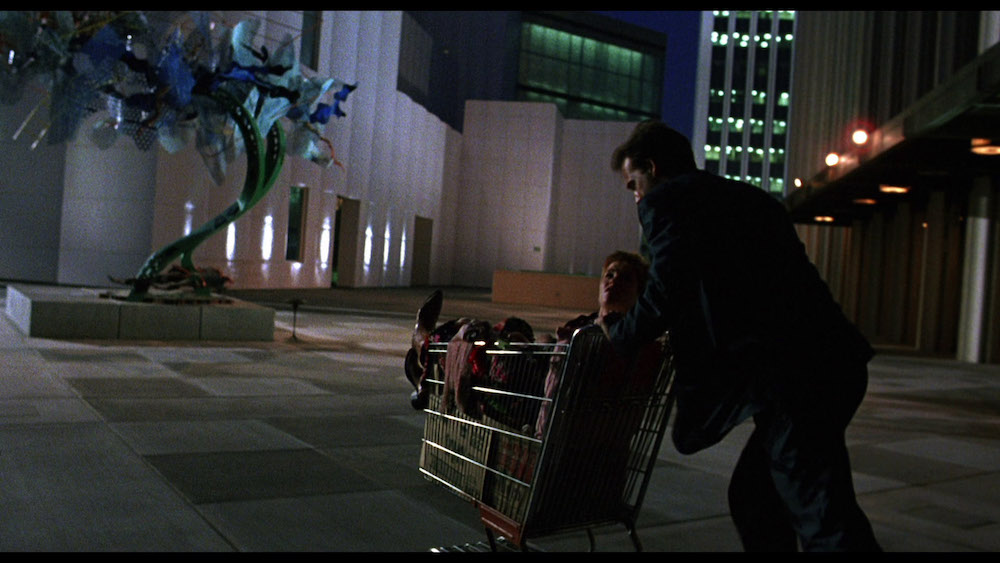 Despite not being a financial success, Miracle Mile is fine-tuned for “midnight movie” niche appeal. It takes place in the early hours itself, which gives it an off-kilter vibe; as if everything’s happening in the liminal state between waking and sleeping, so nothing can be trusted.

Is Harry awake during the movie, or is his subconscious conjuring an apocalyptic anxiety dream while he sleeps through his date? Even if you take events at face value (and this was all more plausible in ’88 during the Cold War), there’s something very unnerving about the idea that armageddon will come when most of us are asleep and none the wiser. 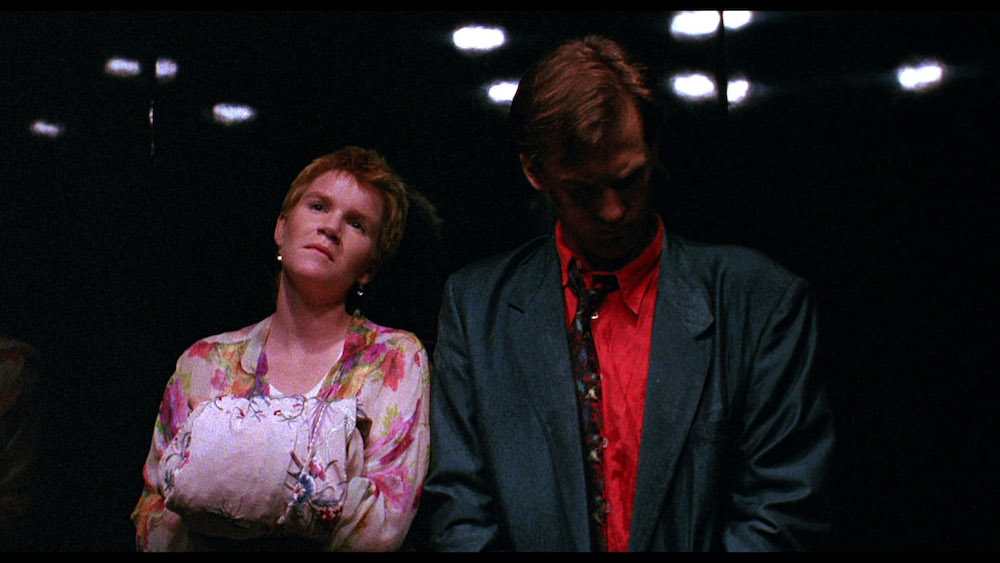 Why do we always think big event will always happen during daylight hours? Life doesn’t play to a schedule, and timezones mean that’s probably very unlikely. One of the best things about Miracle Mile is that Harry’s the unlikely catalyst for low-scale panic across Los Angeles, which escalates once the movie enters its “real time” phase after the phone call. Our unassuming herald of the end times spends the movie interacting with night owls, prostitutes, the homeless, cabbies, and service workers on the graveyard shift.

Theo van de Sande was the cinematographer, and the Dutchman did a good job capturing Los Angeles during twilight hours. It’s mostly shot with a blue-grey filter, but the haziness is punctuated by neon lights and the colourful signs on shops, diners, and gas stations. It’s a real slice of late-’80s Americana. This was an early Hollywood project for van de Sande, and he rather bizarrely went on to work on numerous Adam Sandler comedies like Big Daddy (1999) Little Nicky (2000), and Grown Ups (2010). It seems a waste of the talent he showed here. 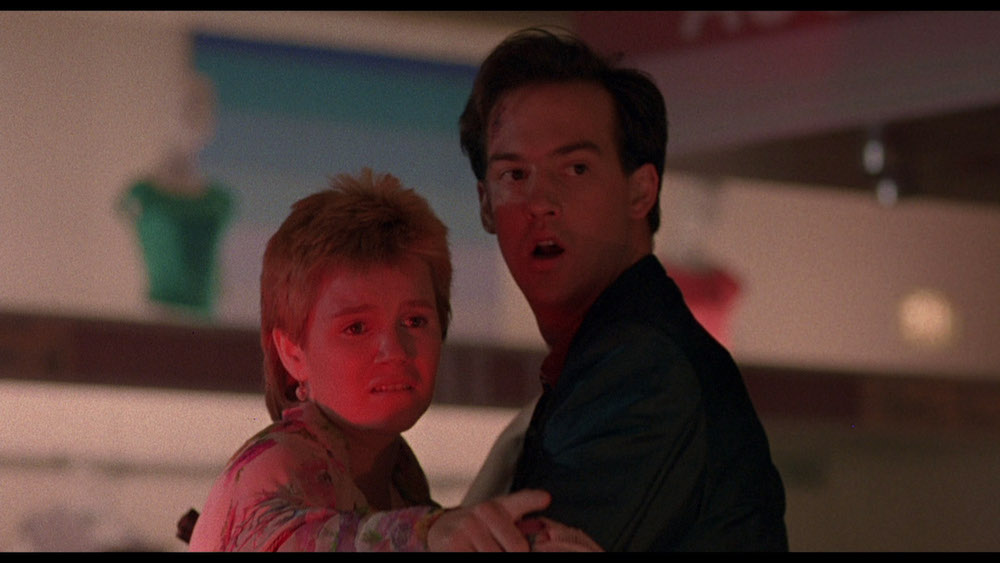 It’s easy to see why Miracle Mile bombed at the US box office, because this is a tough sell for mainstream audiences. The sweet love story’s quite touching, but how do you sell that over the threat of mass destruction? If it had been released just three years later, Miracle Mile would’ve felt very outdated, so it’s fortunate De Jarnatt managed to get this made when it meant something to those who saw it. Its UK release wasn’t until January 1990, by which time the Berlin Wall had fallen, so the story perhaps played a little differently. However, despite being almost 30 years old, Miracle Mile can be seen as a fascinating low-budget indie taking place during a strange time in modern history.

One of the best things about the film is how under the radar it’s flown for decades, which makes it one of the more exciting curios of the ’80s to experience. The threat and fashions may have dated, but Harry and Julie’s overnight struggle to live to love another day remains as thought-provoking and compelling as always. De Jarnatt made the film that had lived inside his head since he was a student, and Miracle Mile benefits from his uncompromised vision and a brave conclusion.

by Alex Mullane
Join the Conversation