Truth be told, I had little interest in seeing a Spider-Man animated movie. I’ve watched more episodes of Peter Parker in cartoon form than I care to remember and, while I’ve enjoyed them all, my heart lies with the live-action movies. Or so I thought. It’s easy to get caught up in the spectacle of Sony or Marvel’s big-screen efforts, especially when it came to welcoming everyone’s favourite web-slinger back into the fold with Captain America: Civil War (2016). For those in the know about the various rights issues between Sony and Marvel Studios, that film was a miracle many of us didn’t expect to ever see.

If you’re put off Spider-Man: Into the Spider-Verse because you think animation is for kids, then drop that assumption. This movie is right up there with the best Spider-Man movies ever made. I don’t think I’ve ever been more impressed by one as much as this, remarkably. I thought they nailed the characters perfectly in Spider-Man: Homecoming (2017), but this animation is arguably the most definitive in terms of covering the wider picture and different versions. It can be difficult to comprehend all the various universes Marvel has created through the decades, but this tackles them seamlessly with all the humour and emotion we’ve come to expect. 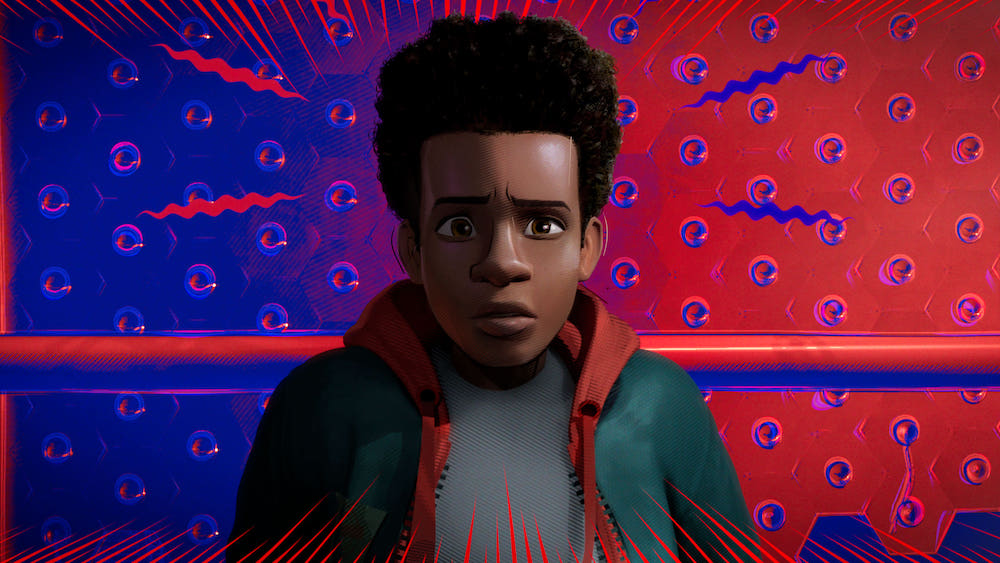 Despite Peter Parker being the focus of Spider-Man over the years, Into the Spider-Verse takes a new approach by thrusting Miles Morales (Shameik Moore) into the spotlight. As a young black man aspiring to be like his idol, suddenly he finds himself in the unlikely position of becoming exactly that. Morales feels like the right choice to lead this movie in 2018, but that goes way beyond just the colour of his skin. He has all the personality traits that fit a superhero and it’s not a jarring change for anyone more familiar with Peter. It helps that a version of his hero, Peter B. Parker (Jake Johnson), appears from another dimension to become his mentor, of sorts, despite having his own struggles that he needs to deal with.

All great superheroes need a supervillain, of course, and it’s time once again to revisit Kingpin/Wilson Fisk (Liev Schreiber), who is today better known for his tangles with Daredevil but originally got his start in Spider-Man comic-books. Fisk is an imposing force driven by familial trauma, with a personal vendetta against Spidey because he believes he turned his wife and son against him. This led to a tragic car crash and Kingpin’s now determined to do anything to get his family back—including trying to pull across alternate versions of them from other dimensions. Unsurprisingly, this causes a chaotic mess for Miles and Peter to try and tidy up, and they make quite a duo… although it doesn’t stop there… 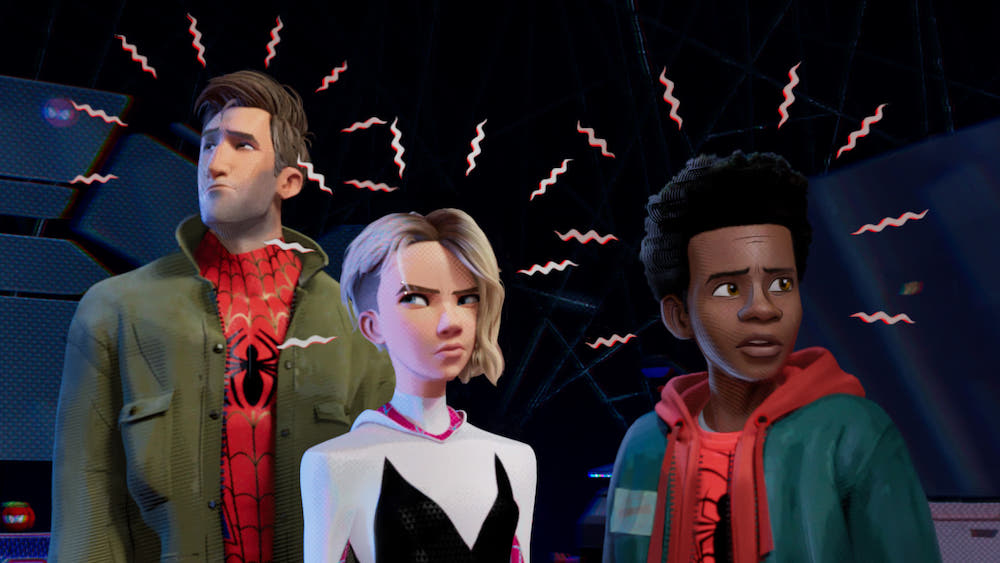 What follows is a who’s who of different Spidey’s, from the unusual Spider-Man Noir (Nicolas Cage) and Peni Parker (Kimiko Glenn) with SP//dr to the utterly ridiculous in Spider-Ham (John Mulaney). Perhaps the most important is Gwen Stacy/Spider-Gwen (Hailee Steinfeld), who will undoubtedly inspire a whole new generation of young females. With such an eclectic mix, Into the Spider-Verse manages to be an utter riot of entertainment, referencing various points in Spider-Man history—including the previous live-action films, as well as a number of beloved comic-book stories. It hits all the right notes for veteran fans but never excludes any newcomers.

As with all Spider-Man stories, Into the Spider-Verse touches all the bases in terms of action, comedy, and spectacle, but remembers to ground itself in a recognisable reality. Miles’s relationships with various family members are all explored, while each member in his fellow Spider-Team get moments of reflection and a chance for us to empathise with them and form a bond. They’re all different in their own ways but have common ground that pulls them together, which is being something few others can understand. And despite having never had a run in with radioactive spiders, the comradery and friendship is something we can all relate to. Even Fisk’s motives are understandable, as the best villains always have a great backstory. And don’t worry, Stan Lee gets another customary cameo, which is more poignant than ever following his recent passing. 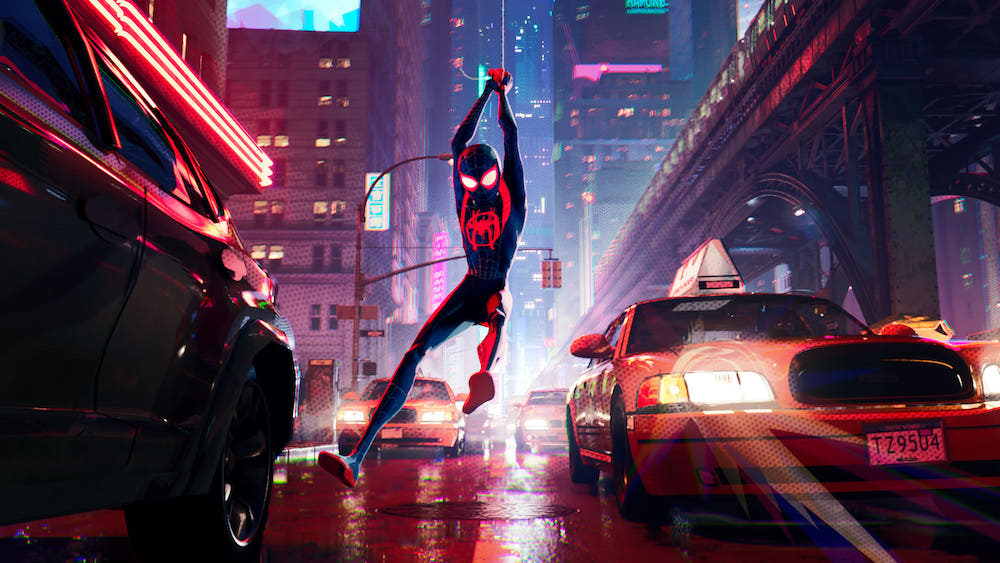 What most impressed me about Into the Spider-Verse was how fresh it feels. It’s not easy to put a new spin on a character that’s been around since the 1960s, especially when there are big expectations from a dedicated fanbase. But with a visual style that blows you away (capturing the energy of comic-books perfectly), a script full of gags, chair-gripping tension, and genuine heartfelt moments, it’s not hard to see why so many have been raving about it.

The hype is totally justified and, as someone who usually hates 3D movies, it’s actually the best way to see this film. You’ll be absorbed in the bright colours and hypnotic animation style. Sony Pictures Animation has created such an immersive experience you won’t want the journey to end. I certainly felt like the 117-minute runtime flew by. The future is bright for all things Spider-Man. Just don’t leave before the credits are over. You should know better by now.