Peter Parker, with the help of mentor Tony Stark, tries to balance his life as high school student while fighting crime as his alter ego Spider-Man...

Arguably Marvel’s most beloved superhero, Spider-Man has, ironically, been entangled in a web of legal wrangling over the past decade. With the ‘Marvel Cinematic Universe’ (MCU) blowing up more than anyone could reasonably have expected, the rights to Spidey remained with Sony, who fast-tracked Marc Webb’s reboot of Sam Raimi’s trilogy in order to keep them. This has left us with five Spider-Man movies, only one of which most people believe is any good (Spider-Man 2, natch). Meanwhile, the MCU went from strength to strength, despite the absence of its most popular character.

Thankfully, everyone’s decided it’s in their best interests to play nicely together and share. And despite this being the third incarnation of the web-slinger in the past decade, and with superhero fatigue setting in amongst many, Jon Watts’ new approach in Spider-Man: Homecoming feels fresh and avoids repeating itself. 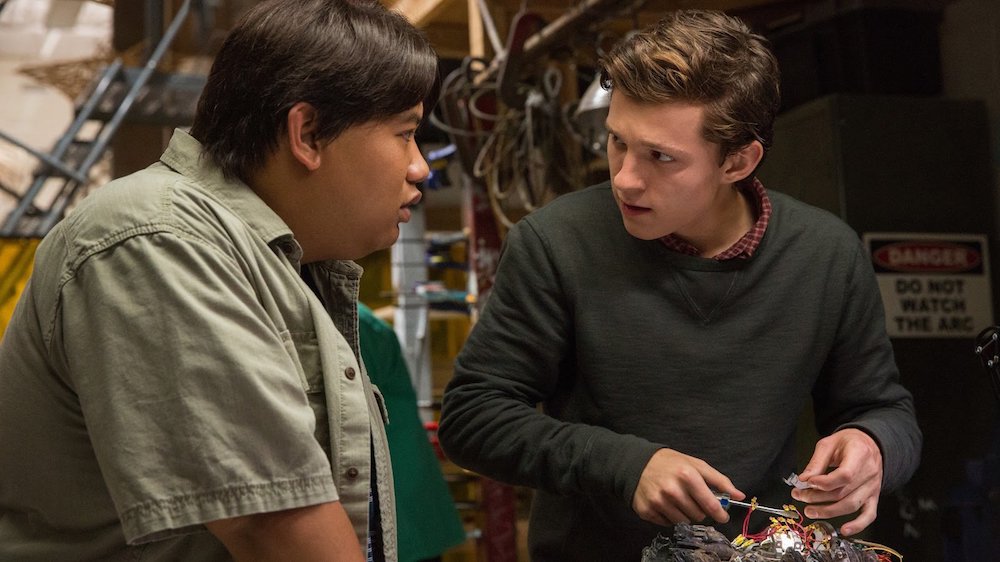 The principal difference between Homecoming and previous versions is that the actor playing Spider-Man is more age appropriate. Tom Holland, 20, is the youthful Spidey fans have always wanted to see on the big screen. The ‘Homecoming’ suffix ostensibly refers to a high school dance, not just the character’s return to Marvel’s creative clutches, and underscores that Peter Parker is back to being just a kid. His exploits play like a lighthearted high school comedy (akin to the hijinks of a John Hughes movie), rather than the angst and portent of Raimi and Webb’s versions.

The plot follows on from Captain America: Civil War, so fortunately we’re spared yet another origin story. The film also eschews other staples like Daily Bugle editor J. Jonah Jameson and the dysfunctional Osborn dynasty. Instead, Spider-Man is already an established hero in Queens, New York City, but yearns to become a full-time Avenger. Tony Stark (Robert Downey, Jr.), filling the father-figure role with sardonic detachment, keeps Peter at arm’s length, believing him to be too young and inexperienced to mix with the big boys. (Perhaps the movie can be seen as a dramatisation of the background rights issues: Sony’s Spider-Man wants to be part of Marvel’s Avengers, but isn’t allowed…) 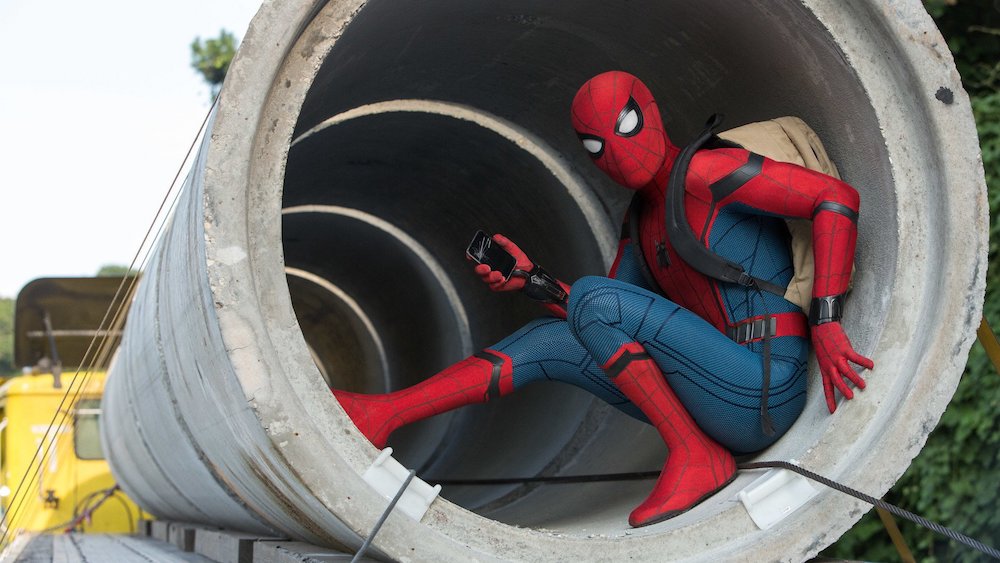 Amid this frustration, Parker comes across Adrian Toomes (Michael Keaton), a man selling the scavenged alien weaponry left behind after the ‘Battle of New York’ in The Avengers. Deciding that taking him down might get him on Stark’s radar for real (as well as helping clean up his neighbourhood), Spidey sets out to put a stop to the supervillain known as ‘The Vulture’ (although this moniker isn’t name-checked in the film). Of course, there are also the highs and lows of high school life to navigate, as Parker struggles to stay afloat in a yet another world where he’s the outsider looking in.

Spider-Man: Homecoming is an endlessly charming affair, brilliantly anchored by Tom Holland, who’s easily the best Spidey we’ve had. His easygoing charm makes his character eminently likeable, and his diminutive frame proves no hindrance in the action stakes. He’s ably supported by Jacob Batalon as Parker’s nerdy pal Ned, and singer-actress Zendaya, in a delightfully dry and acerbic turn as another of Peter’s classmates. And in Keaton’s Vulture, we have the best villain the MCU’s mustered in quite some time. Toomes is a well-drawn character, both funny and intimidating, and with enough complexity to be interesting while offering real stakes for our hero.

Plus, of course, there’s the ever-reliable Tony Stark (who pops up now and then to offer his unique brand of sarcastic advice), along with a welcome return for Jon Favreau’s Happy Hogan, who acts as Peter and Tony’s go-between. (There are also a few increasingly hilarious cameos from one other Avenger, and keep an eye out for an outrageously cheeky post-credit sting). Despite these other presences, however, the film never feels like it’s trying too hard to fit in with the wider MCU. It strikes a good balance between creating its own world while still complement an existing universe. 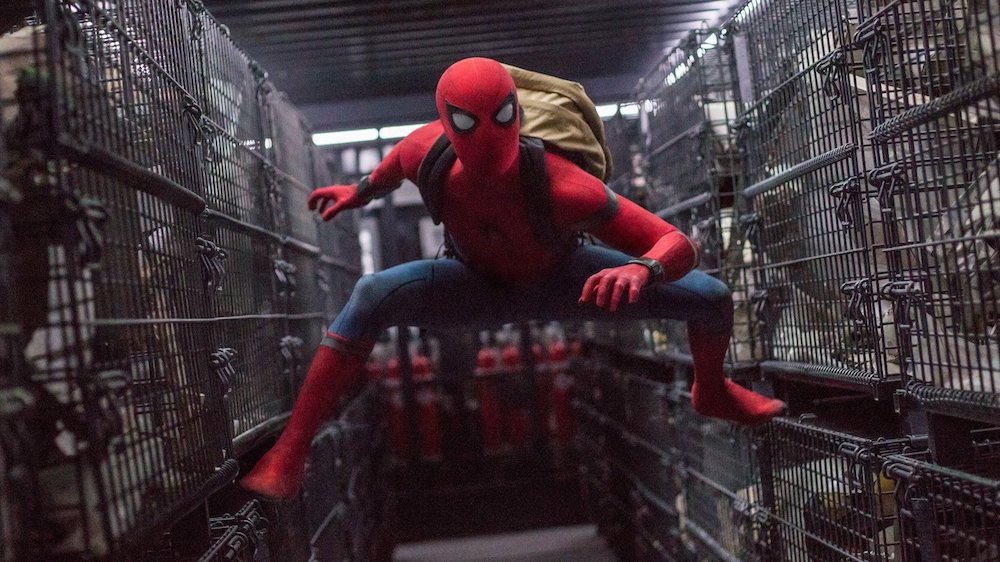 This is an impressive feat from the largely unknown Watts (Clown, Cop Car), who imbues some of the bigger action set pieces (a daring rescue at the Washington Memorial, a plane-top battle) with a sense of real excitement and derring-do. He also boasts outstanding comic timing, and it’s in his direction and the editing that many of the bigger laughs arise. Indeed, one perfectly pitched reveal had the audience break into spontaneous applause at my press screening.

It’s also nice to see a superhero who seems genuinely preoccupied with helping and saving people. The action in Homecoming is comparatively small-scale, with no global threats, and no endless legion of digital armies to dispense with. Instead, Spidey foils a bank robbery, saves his classmates when a lift malfunctions, and also keeps one eye on his enemies’ wellbeing. That, along with the unexplored school setting, makes Holland’s Peter Parker/Spider-Man one of the more relatable MCU heroes. He’s not a God, not a billionaire, not a neurosurgeon… he’s just a regular teenager with a good heart, trying not to let a crazy world grind him down.

If there’s a flaw, it’s that the mid-section gets bogged down in too much implausible ‘spider-tech’, thanks to a high-tech Spider-suit courtesy of Stark Industries. The new costume can do everything, which detracts from the homespun charm of Spider-Man being informed by the intelligence of Peter Parker. You almost feel like anyone could wear Stark’s Spidey gear and become a superhero, and that’s not right at all. 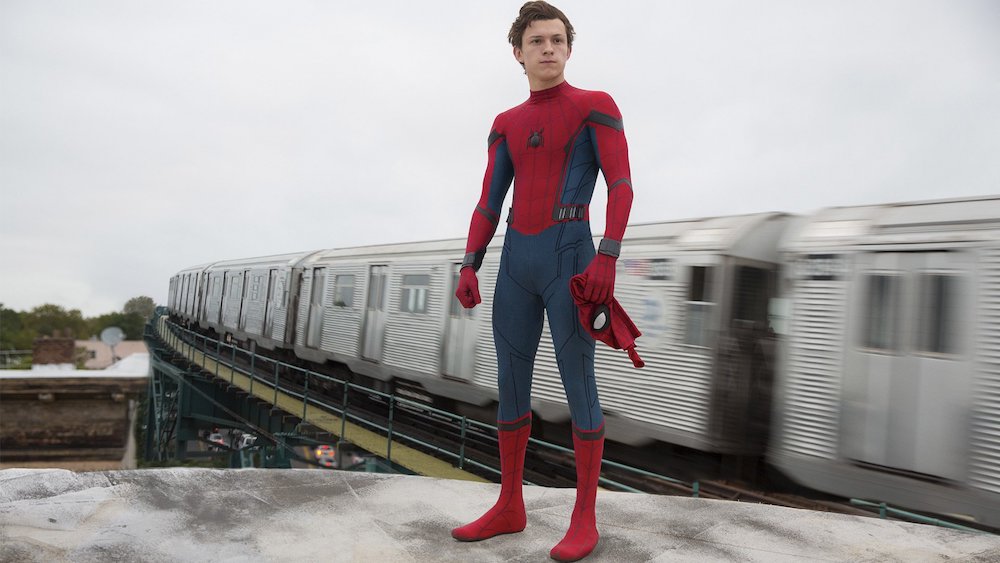 However, while the succession of spider-drones and web-grenades drags matters down a bit, the script’s smart enough to steer into that. Parker has constant trouble with his suit’s A.I (voiced by Jennifer Connelly, wife of Paul Bettany, who performed the same duty as Jarvis in previous films), and the notion that Parker needs to be more than ‘just the suit’ is one of the key points of the film. Let’s hope that thread sticks for future instalments, as nobody needs another Iron Man careening around.

Boasting a smart script, exciting action, a very relatable young hero, and a cast as pleasingly diverse as it is funny (Martin Starr’s deadpan teacher, Bokeem Woodbine’s Shocker, the sly casting of Donald Glover), not to mention a perfectly judged amount of wider MCU lore, Spider-Man: Homecoming is a hugely entertaining movie. It doesn’t do much that’s revolutionary, sure, but in avoiding the pitfalls of previous Spidey outings, that in itself makes the whole thing feel fresh. After his scene-stealing debut in Civil War, Spidey finally has his own Marvel film, and it’s aptly subtitled: in both fan hearts and in the world of film legality, Spider-Man truly has come home.

Written By
Alex Mullane
More from Alex Mullane
Snow White and the Huntsman was the kind of film that was...
Read More