Hello, and welcome to David Simon’s (The Wire) newest show: a six-part HBO miniseries set in Yonkers during the 1980s, which is also the best thing I’ve seen on television this year. Our nominal hero is Nick Wasicsko (played by the wonderful Oscar Isaac, in what can be seen as a sort of companion piece to his frustrated would-be haulage king in brilliant Indie flick A Most Violent Year). Nick’s a young and ambitious councilman who’s savvy enough to stay out of the fray most of the time but, unfortunately for him, not quite savvy enough to resist the siren lure of political power and the chance to run, at the age of just 28, against embattled Mayor Angelo Martinelli (a lovely, wily turn from Jim Belushi).

Nothing’s easy; we’ve all got problems.

Unfortunately for Wasicsko (a smooth-talker with an eye for both the ladies and the main chance), he’s pretty much being set-up for a fall, as Yonkers is about to become a political pressure cooker. And why is that? Ah, because there’s the small matter of a failed housing integration policy and a court order demanding that public housing be built in the white middle-class neighbourhoods of Yonkers, to finally push said integration through—indeed the U.S District judge on the case is determined to sue the city if they fail to comply.

Meanwhile, down in the various neighbourhoods, tensions are growing on all sides and we’re introduced to a handful of key residents: Norma (LaTanya Richardson Jackson), who’s struggling with her health; Doreen (Natalie Paul), a young single mother; naive Billie (Dominique Fishback), who’s just looking for love and a bit of fun; and Alma (Ilfenesh Hadera), a Dominican mother finding life in the projects increasingly hard to take.

We also meet Mary (Catherine Keener), a furious opponent of integration, who’s far more than the cartoon villain she initially appears. This is prime Simon material and, as with all his shows, time and consideration is taken in introducing the characters and the storyline. He’s never been afraid to slow the pace down and go his own way, and it really pays dividends here… ensuring that, despite the huge cast and sprawling storylines, we know exactly who everyone is and why we should care about them. 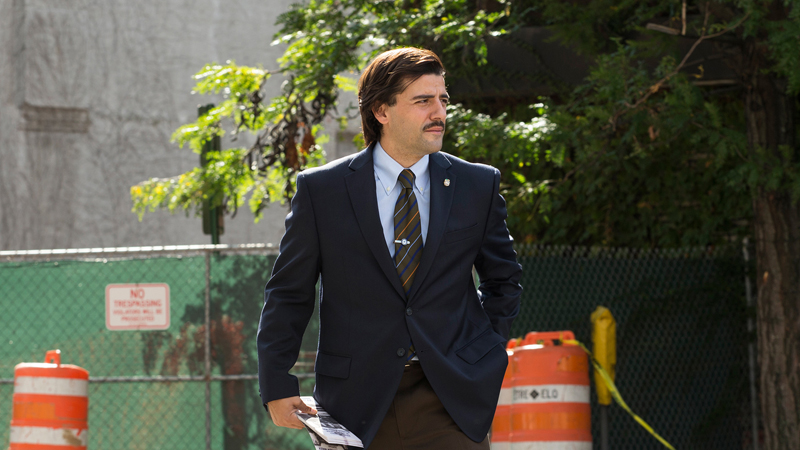 From the backstreets of Baltimore to the bombs of Basra, Simon’s never shied away from tackling difficult subjects, and one of the most noticeable things about Show Me a Hero is just how prescient it seems. In fact, Simon has been trying to get the story (adapted from Lisa Belkin’s best-selling non-fiction book) made since 2001 (i.e. a year before The Wire began). Yet this tale of rising racial tension, prejudice, and economic divide feels just as vital, possibly even more so, today. In part that’s because it hews faithfully to Robert Caro’s theory, outlined in the magnificent The Power Broker, that urban planning holds the key to all political power.

On the face of it, a series about a public housing crisis might not seem like the most exciting subject on earth to tackle, but in the hands of Simon and director Paul Haggis it becomes a clever, involving, and propulsive story about what power actually means and how the smallest fights in City Hall can have the greatest effect in the rundown tower blocks those politicians never enter. This first episode is largely a scene setter, unfolding at a deceptively leisurely pace as we watch Nick run for power, unexpectedly win victory thanks to a promise (to appeal the supreme court ruling) that he doesn’t initially realise he can’t hope to keep, and also spend a considerable amount of time trying to woo young aide Nay Noe (Carla Quevedo).

But despite the fact this is a story largely taking place in offices and meeting rooms, it never once feels dry or dusty. Instead, over the course of an hour, Simon and co-writer William F. Zorzi (who worked on both The Baltimore Sun and The Wire) tell us more about humanity, our frailties, strengths, large kindnesses, and small cruelties, than many shows manage in an entire season. Here’s hoping episode two keeps up the pace. 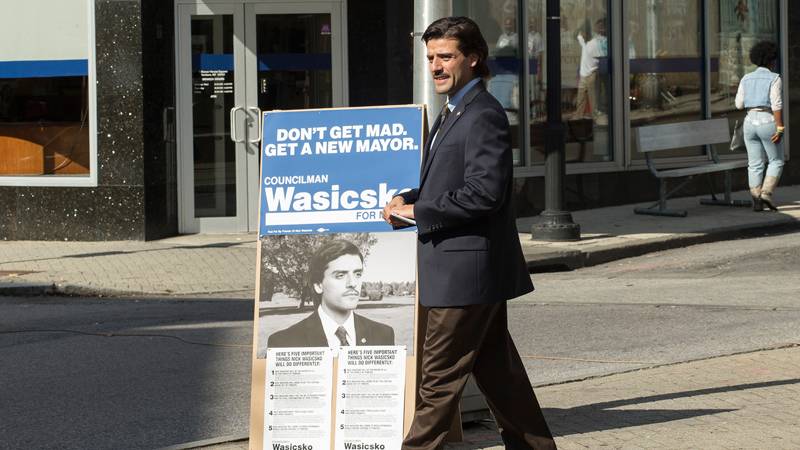 So what did you think? Do you agree that Show Me a Hero is one of the best shows of the year? Are you glad to have Simon back? And can Nick possibly hope to find what a similarly opportunistic politician once termed ‘a third way’?

TRIPPED – Series One, Episode One