A reporter gets himself committed to a mental hospital so he can solve a murder and win a Pulitzer Prize.

Journalist Johnny Barrett (Peter Breck) has been planning for a year to get himself committed to a mental hospital, working with a psychiatrist who’s coached him to successfully imitate insanity. His girlfriend, Cathy (Constance Towers), is to play the part of his sister and claim she’s been sexually harassed by Johnny repeatedly. The plan works perfectly and he is committed but, once there, Johnny finds the strain of the mental institution too much to bear…

Written, produced, and directed by Samuel Fuller, Shock Corridor opens with subtle dialogue such as “getting yourself committed to a mental hospital to solve a murder, you’re insane!”, and within the first 10-minutes we’re treated to an unnecessary striptease from Cathy, who for no good reason is an exotic dancer. This opening is a sufficient introduction to the two major problems with the film.

Shock Corridor doesn’t treat mental health with any degree of subtlety or accuracy. Terms like “schizophrenia” and “catatonia” are bandied around with little or no attempt to explain them, or explore the different mental health conditions characters supposedly have. The screenplay might as well have changed those words to “crazy” as a catch-all. Extras wander the corridor of the hospital spouting nonsense, or singing, or scratching themselves, or holding their arms out in strange positions. What’s wrong with them? Oh, it’s simple: they’re crazy. 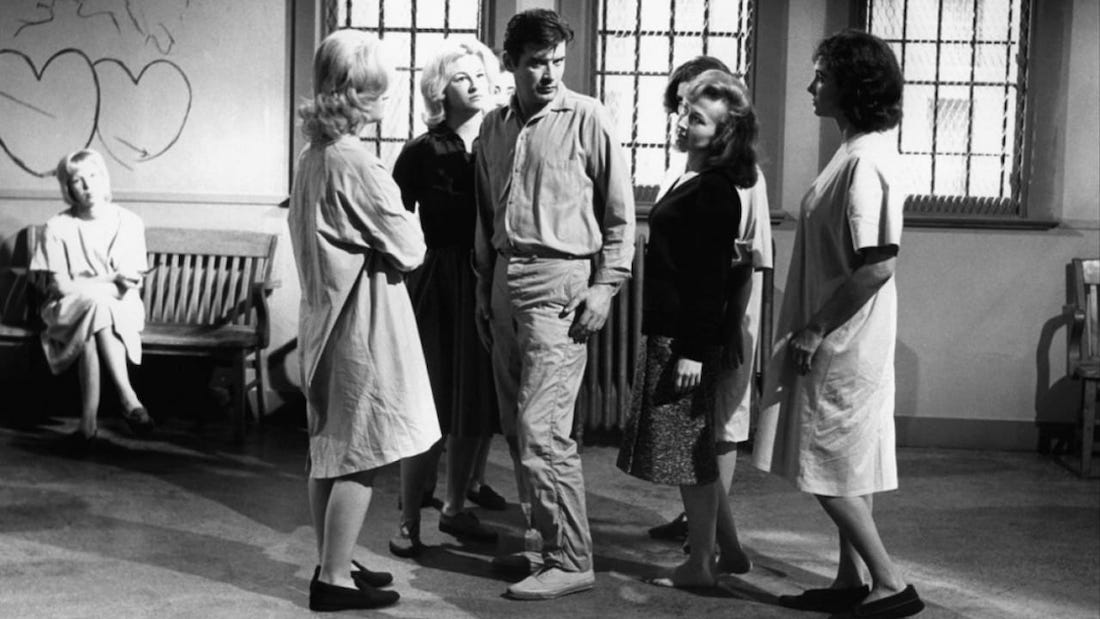 Johnny is ostensibly there to solve a murder, but precious few details about that are given until halfway through the movie. And even then the details are unsatisfying and the resolution too obvious. The real purpose of the investigation plot is to give Johnny’s character a reason to interview three witnesses amongst the patients. It’s in these interviews that the film manages to shine.

The first interview is with a US soldier (James Best) who embraced  Communism while fighting in Korea and, although he renounced that ideology, found himself hated upon his return to America. So he now spends his days thinking he’s an American Civil War general.

The second is a black man (Hari Rhodes) who was one of the first students to integrate during desegregation, but the pressure of the bigotry he faced drove him insane and he now spends his time acting like a racist Klansman—inciting violence against the hospital’s only other black patient.

The third is a nuclear scientist (Gene Evans) who’s regressed to a child due to his fear of nuclear weapons. 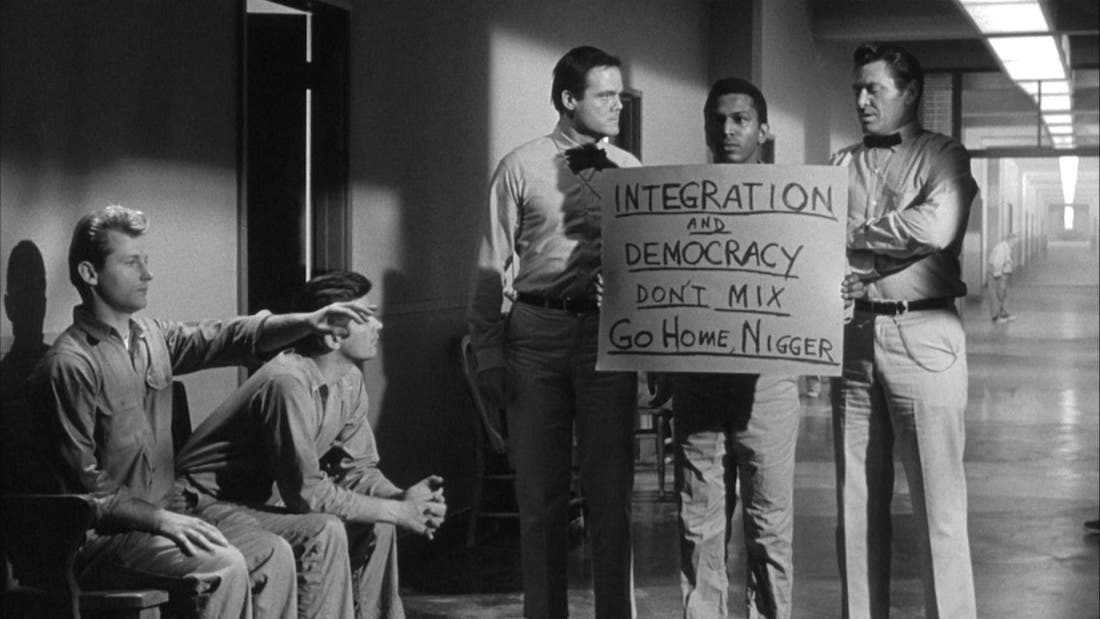 Each actor is given a great monologue to deliver, interspersed with colour footage of what they’re seeing in their minds. Rhodes, in particular, gives a terrifying comic performance as a black man giving a ridiculous, exaggerated impersonation of a Klansman. Upon seeing the other black patient he delivers the wonderful line “Quick! Let’s get him before he marries my daughter!” However, the film’s conception of mental health is that people think they’re someone else, then slip into lucidity just long enough to deliver one detail about the murder they witnessed, only to relapse into their assumed personality just at the point they’re about to reveal who the murderer is.

Where the film lets itself down further is its representation of women. Cathy is an exotic dancer whose only job is to fret about her man (who doesn’t deserve her dedication). The only female patients we see, or who are even mentioned, are nymphomaniacs. At one point, Johnny takes a curious walk into another ward only to find himself locked in a cell with ten female patients. His panicked interior monologue says only one word: “nymphos!” The scene is both hilarious and depressing to watch. 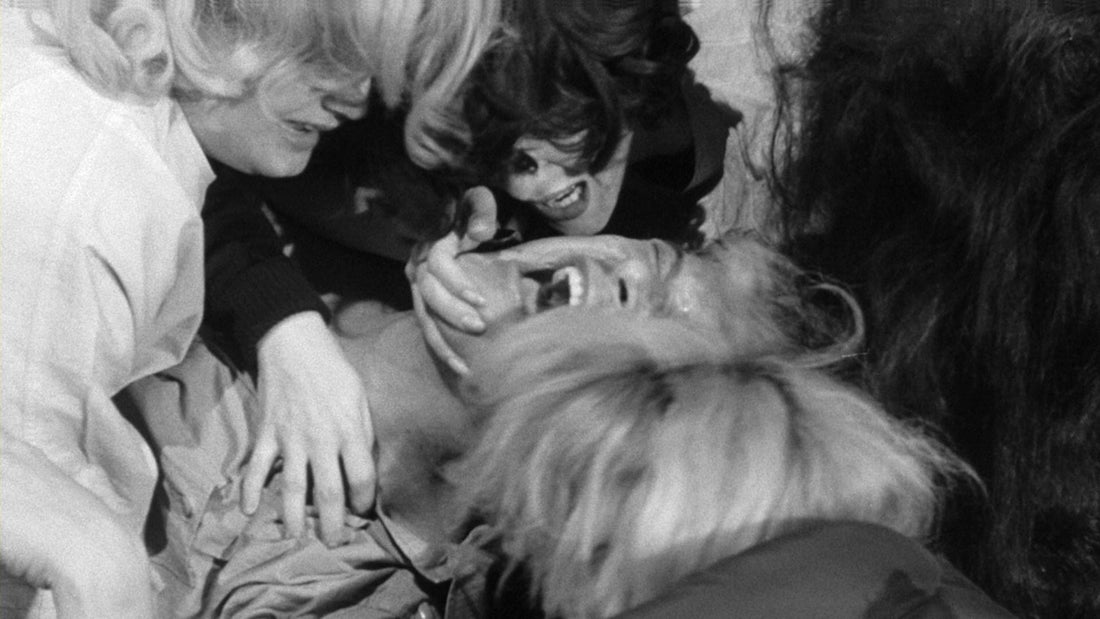 The internal monologue is a stylistic touch that fits with the subject matter of insanity, but when used to deliver such thoughts as “I hope that door opens” it really should have been used sparingly! It’s representative of the film’s inability to deliver precise surgical blows, and instead its desire to pummel you over the head with what it’s trying to say. The technical aspects of the film (the cinematography, production design, score, etc.) are all competent, and the editing deserves special commendation… but for all the technical proficiency, Shock Corridor has the earnest feel of a student production.

There’s always something to admire about a filmmaker who’s thrown everything at the screen and experimented with every element of the production, but with Shock Corridor nothing is done in moderation or with any kind of subtlety. Its message is that war, racism, and weapons of mass destruction are bad. Maybe that was a controversial thing to say in 1963, but it sure isn’t now, and the film can’t be forgiven for it’s the thoughtless presentation of mental health issues and 51% of the human race. 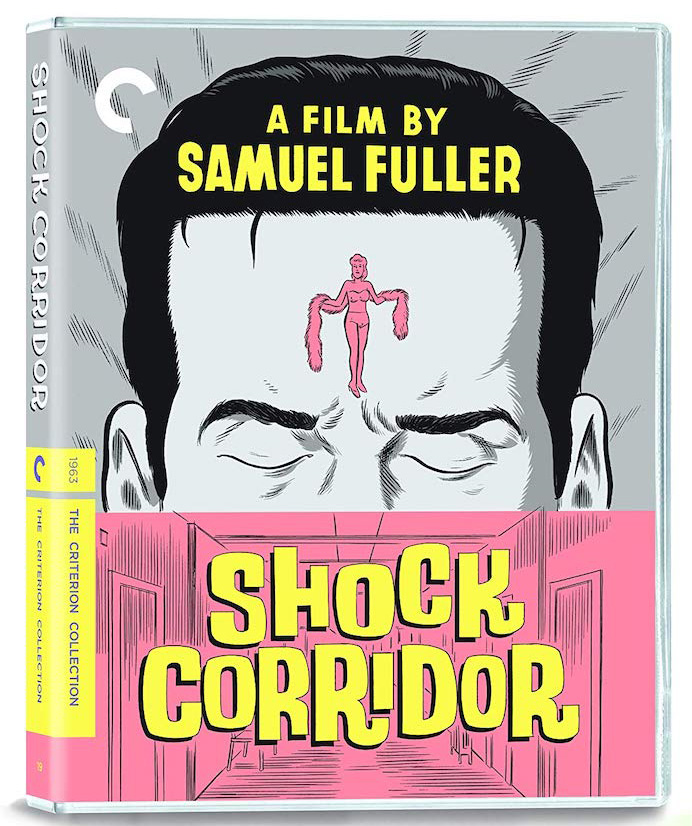 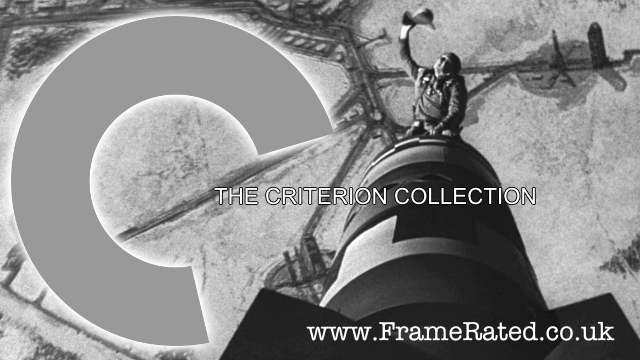 Written By
Tom Trott
More from Tom Trott
A devoted secretary risks her life to try to find the elusive...
Read More