There are now three films with the title Shaft, revolving around the exploits of a man named Shaft. The first one, Shaft (1971), starring Richard Roundtree as the eponymous black private detective, was a landmark for representation in Hollywood. Then came sort-of-sequel Shaft (2000), starring Samuel L. Jackson as Shaft’s son, which garnered mixed reviews but was a box office success. Now, we have Shaft (2019), starring Jessie Usher as Shaft’s grandson, himself joined by Roundtree and Jackson for a reboot-cum-sequel.

The marketing for Shaft ’19 promised a film that would update the character for today’s social climate. A scene in the film during which John Shaft (Samuel L. Jackson) is jokingly called “the black James Bond” is actually quite accurate. Both characters are men with gun fetishes, tough reputations, and misogynistic attitudes. Yet, John “JJ” Shaft, Jr. (Jessie Usher) is a data analyst who dislikes guns and is more socially conscious than his elders. It creates a new dynamic for a genre that largely sticks to tropes set in the 1970s and 1980s—until that dynamic is dropped in favour of genre trappings we’ve seen time and time again. 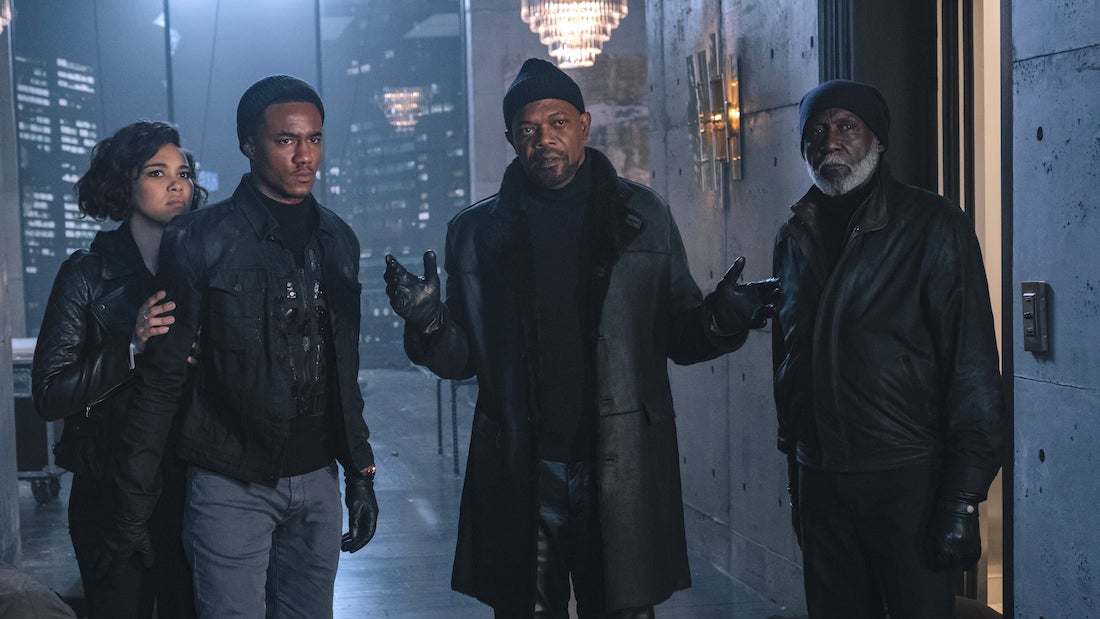 At its core, Shaft ’19 is a throwback to ’70s and ’80s action thrillers, filled with violence and humour but not much substance, despite trying to imbue its story with emotional gravitas. When JJ’s best friend Karim (Avan Jogia), a veteran and recovering drug addict, dies of an overdose, JJ suspects foul play. But after his own investigation goes awry, he enlists the help of his estranged father, Shaft, to help crack the case. And they find a connection to druglord Gordito (Isaach de Bankolé), whom Shaft has been chasing for years.

Like most of these films, the mystery is less intriguing than the relationships of our leads—and on that front, Shaft ’19 delivers. Jackson and Usher have wonderful chemistry as an estranged father and son. Their differing lifestyles and world views are ripe for comedy and their interactions in the first half of the movie give the story its energy, even when the plot seems to be going nowhere. This dynamic is unfortunately muted in the second half when JJ begins to take on more of his father’s characteristics. There are still funny moments, but they’re in shorter supply.

Unfortunately, aside from JJ and Shaft, character development is nonexistent elsewhere. JJ’s mother, Maya (Regina Hall), and his friend Sasha (Alexandra Shipp) are both written as worrisome and disapproving female tropes. It gets worse when Sasha is reduced to being a damsel-in-distress in the third act. I kept waiting for Sasha to get her moment of heroism but it never happened. Furthermore, the villains are underdeveloped to the point of being inconsequential. They’re forgettable drug traffickers with guns. 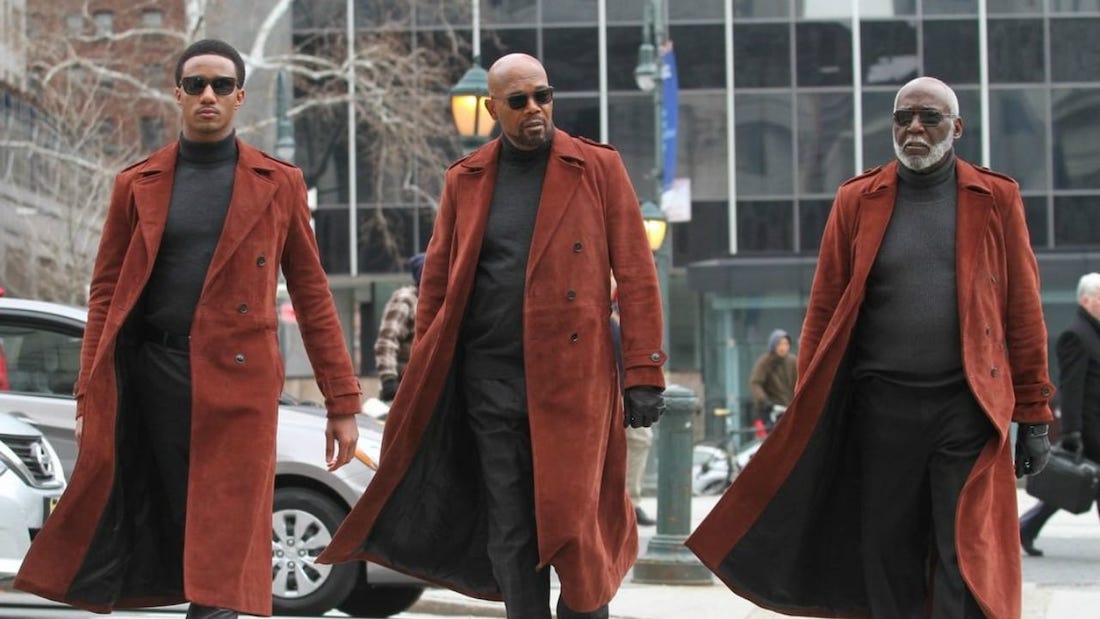 It’s clear that Shaft ’19 is trying to say a lot about racial profiling, PTSD amongst veterans, and gun violence. Seeds are planted throughout the first half of the story, indicating a more thoughtful film than the final product. However, as it progresses, those themes take a backseat to mindless action and any social commentary is drowned out by gunfire. It’s an entertaining last half, but it feels like part of a different film.

The third act, which brings in John Shaft, Sr. (Richard Roundtree), has enough energy to be fun while still feeling hollow. It’s exciting to see three generations of Shaft take on a gang of drug lords, and there are some cool throwbacks to the previous films. A gag from the marketing in which JJ can’t break through a window is even funnier in the context of the full scene. It’s one of the best action scenes director Tim Story (Ride Along) has ever put to film. While it never reaches the heights of Atomic Blonde (2017) or John Wick (2014), it does have an exuberance that makes it hard not to enjoy. 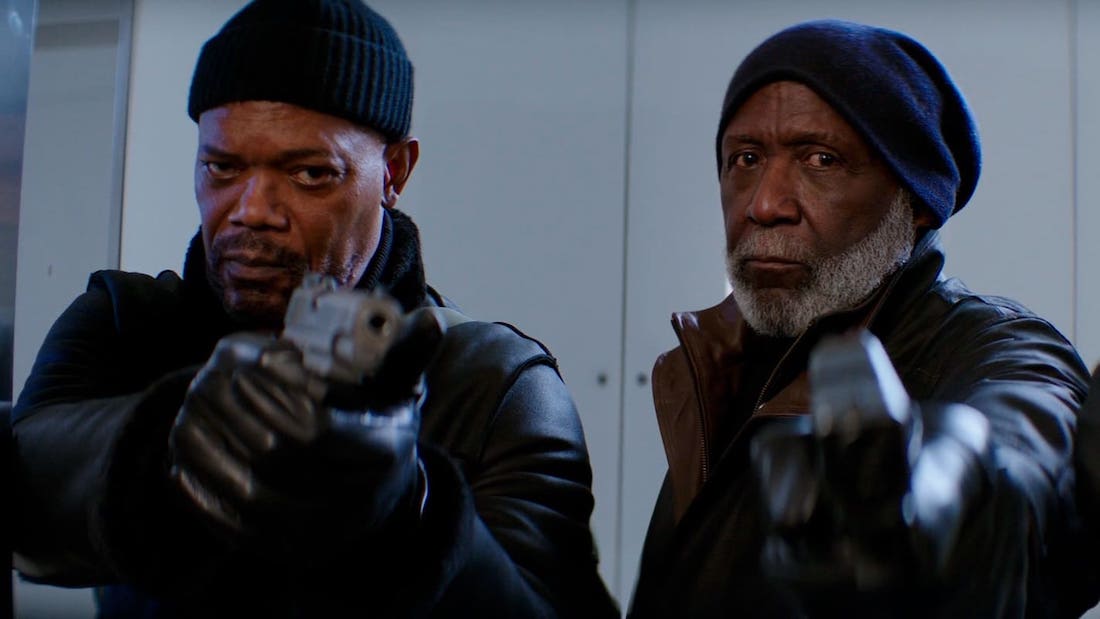 The biggest issue plaguing the film is the misogynistic and homophobic humour. The female characters aren’t just thinly-written, they’re also subjected to sexist jokes and treated as sexual conquests. JJ’s sexuality is consistently questioned by his relatives, who make sure he likes women through vulgar language. It’s not funny the first time, nor the fourth. These “jokes” may have passed as comedy decades ago, but in 2019 they feel ugly and outdated. At various points, I actually felt disgusted by the comedy.

Despite a promising start, Shaft ’19 ends up being a hollow and archaic film that captures both the strengths and weaknesses of its forebears. It may have been a hit 40 years ago, but today it lands with a damp thud. The cast—particularly Usher, Hall, and Shipp—deserved far better. If you feel the need to go back to the ’70s and savour the attitudes of the era, the original Shaft is still the film for you. Anyone else should probably avoid this time machine.