Luther premiered in 2010 to critical acclaim and industry awards. The dark detective drama, starring Idris Elba (Molly’s Game) as the eponymous DCI John Luther, not only became a critical darling but wooed a legion of fans around the world. Elba’s performance as the talented but troubled London cop was so thorough that the distinction between fans of Elba and fans of Luther became hazy.

For many, Idris Elba is Luther and Luther is Elba. The British actor’s ability to channel the depths of despair and darkness of this most prolific sleuth is on display like never before in the fifth series. If series 4 was about Luther’s redemption and rising out of the abyss, then series 5 is a fitting epilogue centred on the unintended consequences of his return. It’s a tour-de-force that demonstrates the drama’s uncanny ability to sustain quality and excellence over nearly a decade of storytelling. In fact, Luther series 5 further raises the bar. 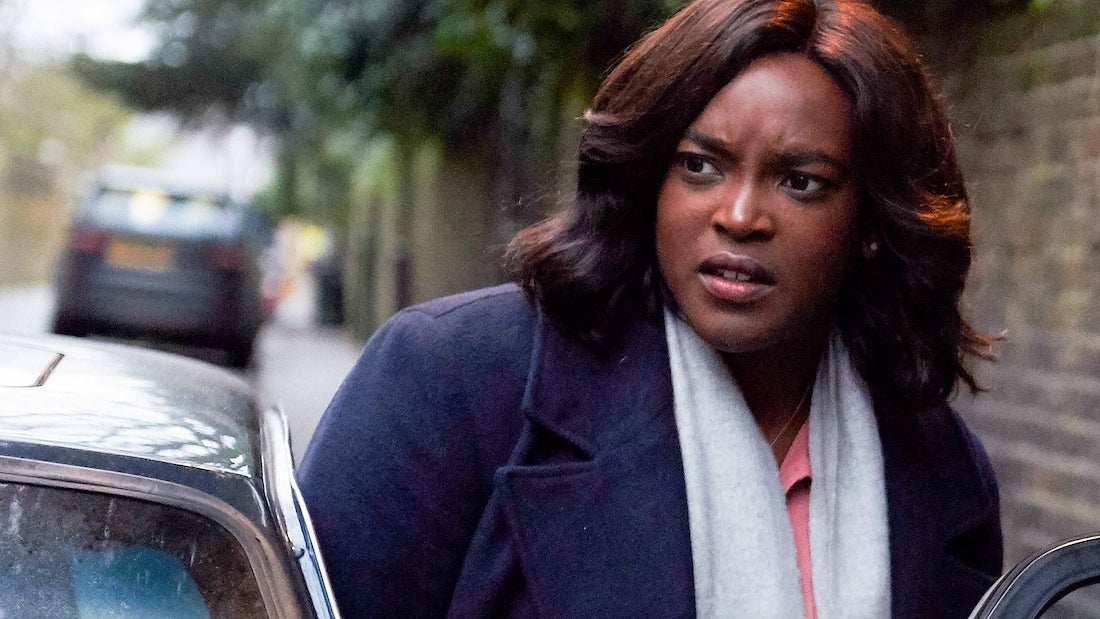 It’s a testament to creator Neil Cross who, like Elba, has established himself as one of the greatest talents working in television today. Cross also wrote for Doctor Who and created short-lived sci-fi drama Hard Sun, but Luther remains his crowning achievement. It won the 2012 RTS award for ‘Best Drama’ and has been nominated eleven times for a Primetime Emmy.

If this latest series turns out to be the last, Cross can take be proud of giving the iconic inspector a swansong as worthy as his groundbreaking debut.

One of the most effective elements of good storytelling is cause and effect. Actions should always have reactions. William Shakespeare was a master of this and writers have all followed his lead. Luther’s past decisions—including who he associates with, who he loves, who he’s loyal to, and who he shuns—all return with terrible consequences for our hero and those around him. He can’t escape the sins of his past.

Series 5 revolves around serial killer Jeremy Lake (Enzo Cilenti), whose sexually-charged sadism has been growing for some time and erupt in the form of a killing spree… 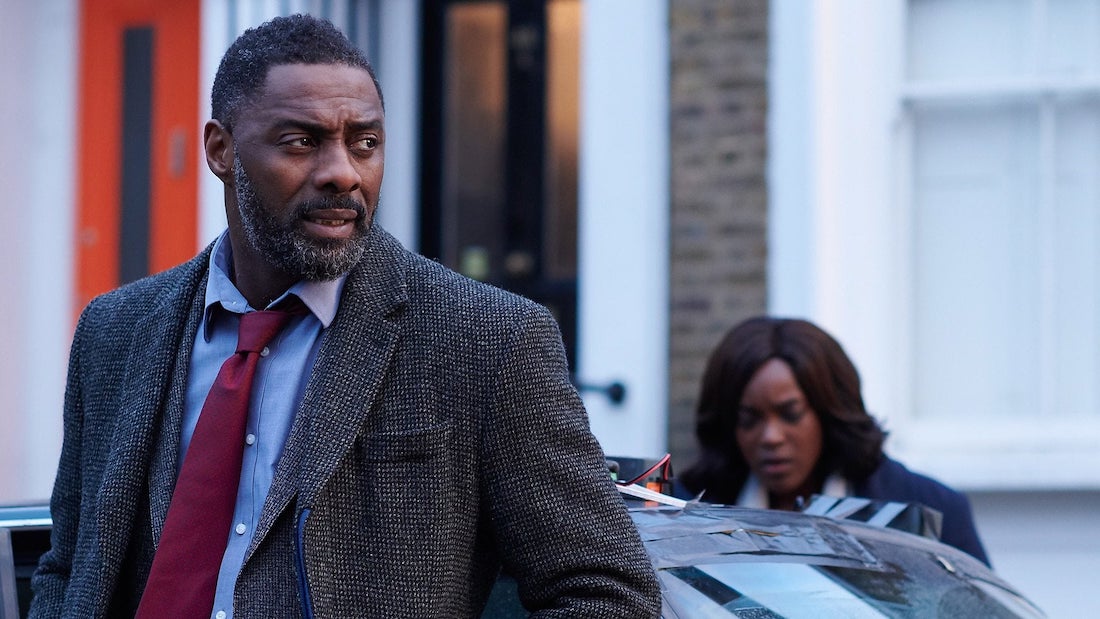 Luther’s on the case with his new partner DS Catherine Halliday (Wunmi Mosaku), but it’s clear his attention will be dangerously divided. That’s because old foe George Cornelius (Patrick Malahide), a boss in the criminal underworld, is back to threaten Luther’s life and implicate him a kidnapping he knows nothing about. And just when it looks like things couldn’t get any more complicated for Luther, psycho killer and old flame Alice Morgan (Ruth Wilson) returns from the dead. Can Luther stop a killer who’s living out his sickest, darkest fantasies on the streets of the capital while navigating the minefield created by Alice?

Luther’s pursuit of Lake fits into the show’s own tried and trusted formula involving deadly killers that only Luther seems to understand. Lake isn’t particularly original, or even that interesting as an antagonist, as his modus operandi leaves audiences with a sense of ‘been there, seen that’.

A newer spin comes in the form of Lake’s psychiatrist and wife, Vivien Lake (Hermione Norris), whose relationship with her murderous husband is intense and very complicated. In many ways, Vivien’s just as cold and calculated as her spouse… and perhaps more so in others. It’s Vivien who proves to be the true intellectual foil to Luther, while her husband terrorises the neighbourhood.

The combination of these two as somewhat unwitting, but also complacent, partners in crime is a new dynamic Luther hasn’t employed before. What’s more, audiences willing to look deeper can read the parallels between the relationship between Jeremy and Vivien and that of Luther and Alice. 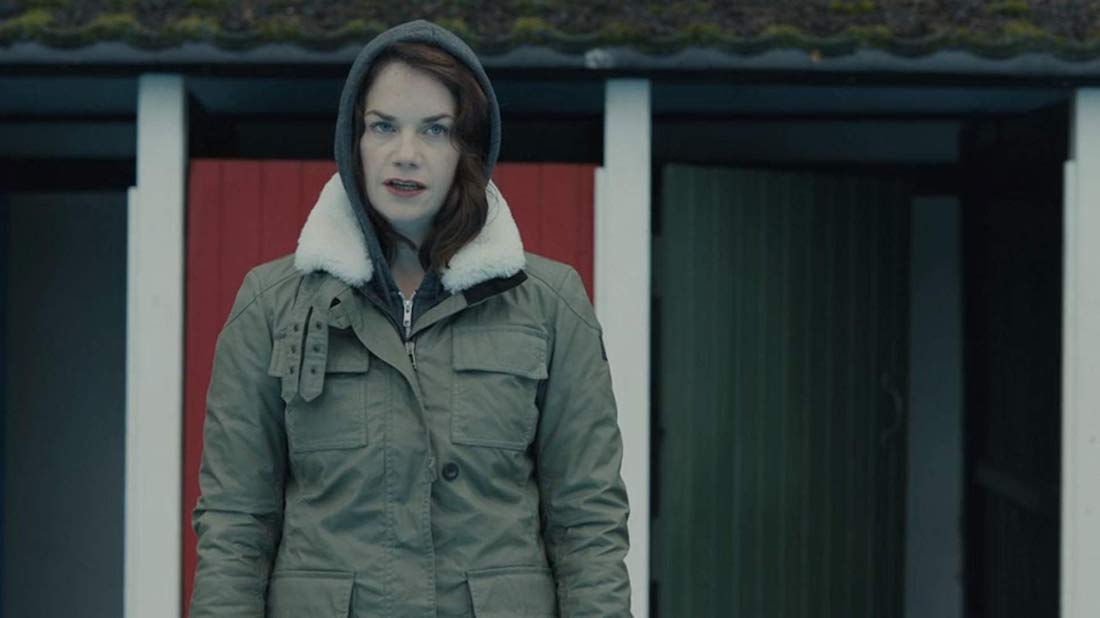 In many ways, Alice embodies Luther’s darkest impulses and she continues to act without remorse or conscience—something our hero can never quite do. Wilson plays the cold-hearted Alice with just enough malevolent glee to make it difficult to remember she’s a lethal villain. While being someone we should despise, we find ourselves cheering on her evil deeds most of the time. Alice and Luther have a love/hate cat-and-mouse dynamic that also proved popular on another BBC crime drama, Killing Eve.

Alice’s unexpected return means we see more of the dynamic missing from series 4, as Luther once again has to deal with crimes he’s covered up and confront an aspect of himself he wishes didn’t exist. This connection to the darkness of his soul means Luther is always the best at catching the worst society throws up, but series 5 truly shows the consequences of that. And by the time we reach the bloody finale, it potentially results in Luther’s end.

The final episode will likely split audience opinion. To his credit, Cross provides a strong sense of closure for Luther after nine years. On the other hand, our tortured hero’s ending is hardly fitting for a hero, no matter how conflicted he’s been. But avoiding a “happily ever after” defies convention and that’s always been the point of the show to some extent.

But does series 5 genuinely mark the end for Luther? There isn’t an easy answer to that question at the time of writing, but Elba may have outgrown the role that brought him to mainstream attention outside of HBO’s The Wire.

For those who haven’t even discovered Luther yet, with only 20 episodes spread across five series arcs, bingeing it won’t eat up months of your life… and every minute spent on the case with Luther is well worth it.