One summer, I got kicked out of a cinema for buying a ticket to Despicable Me 2 (2013). I wasn’t planning to watch that animated sequel, of course, I was intending to sneak in to see The Purge (2013). My plan didn’t work out, so I ended up sitting on the curb outside the multiplex, having to wait for my next birthday before I could see my first truly scary scary movie in a theatre.

This is a common and lamentable experience for many teenagers. Horror movies are often made with young people in mind but, with restrictive certifications, many adolescents struggle to see them on the big screen. The only alternative is horrors given a lower PG rating, but those suggest something has been compromised to make it presentable to younger audiences (see: Happy Death Day 2U and The Meg—two horrors that were disappointingly safe because of studio apprehension about being too graphic and thus limiting their audience). 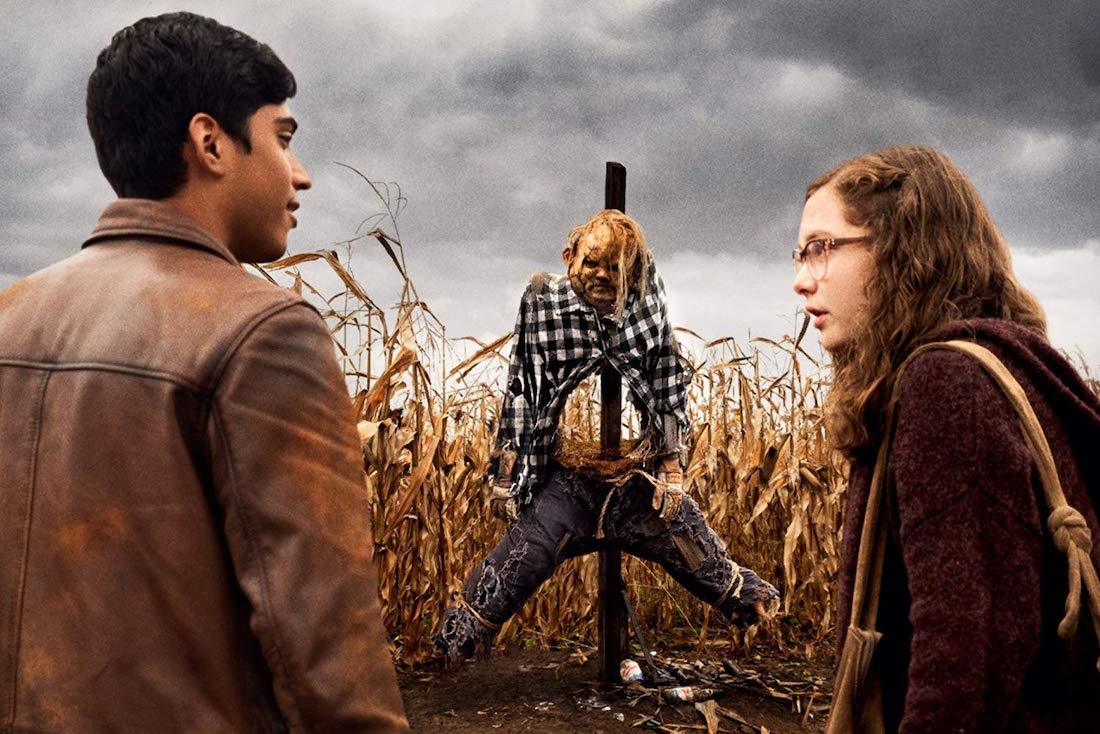 Scary Stories to Tell in the Dark is the all-too-rare exception to this rule. This is a horror explicitly made for teenagers that isn’t holding back. Directed by Norwegian filmmaker André Øverdal, whose The Autopsy of Jane Doe (2016) was championed by Stephen King, Scary Stories feels like the ideal entry point for early-teens interested in full-blooded horror. Few will argue it’s a perfect film, let alone an especially great one, but it lives up to its beloved source material by refusing to talk down to its audience or tone down the scares.

In adapting a short-story collection into a feature, the most obvious route to take would be making an anthology film—à la the 1970s Amicus horror anthologies, or the Stephen King/George Romero collaboration Creepshow (1982). Interestingly, Scary Stories doesn’t follow this common direction. When asked about it, co-writer Guillermo Del Toro (The Shape of Water) explained the decision, saying that anthology films are often judged by their worst story and rarely their best. He’s right. Just about every horror anthology is uneven in quality. 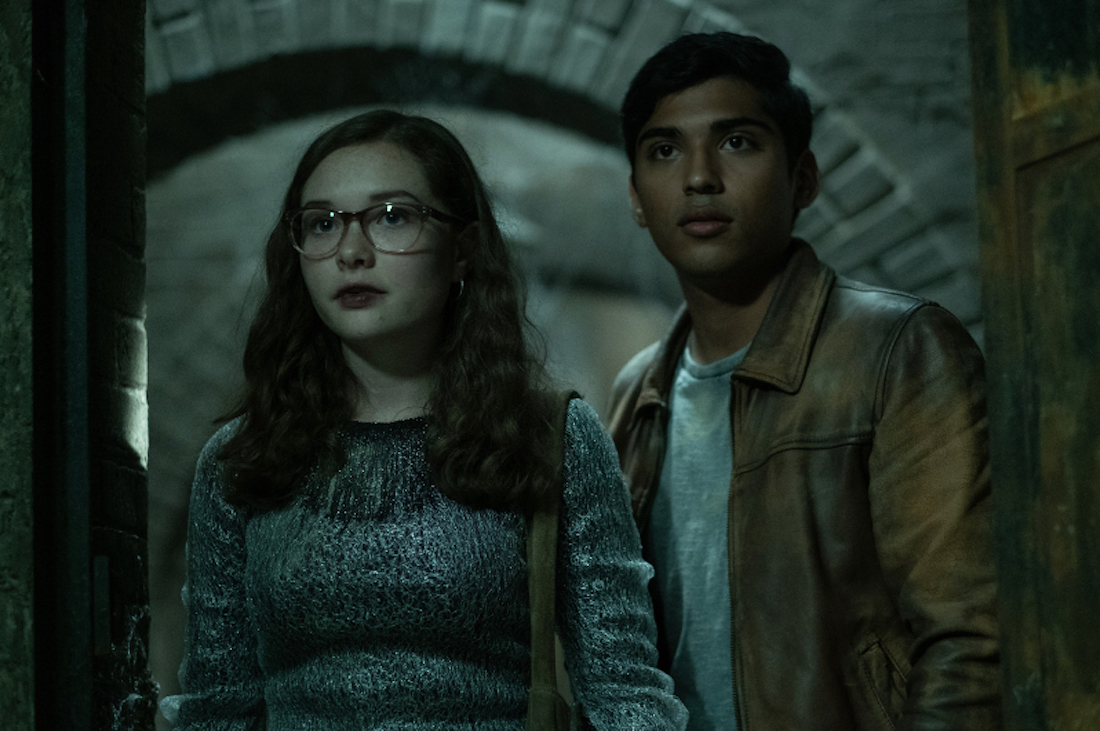 Instead, here we’re treated to one continuous story about four teenagers in Mill Valley, Pennsylvania, circa 1968: Stella (Zoe Colletti), Auggie (Gabriel Rush), Chuck (Austin Zajur), and new recruit Ramón (Michael Garza). While fleeing a group of unusually sadistic bullies, the kids end up in their town’s most haunted residence: the Bellows house. The family who founded Mill Valley once lived there but, after their daughter, Sarah, died in mysterious circumstances, the rest of the Bellows clan disappeared one by one.

Stella, the de facto leader of the gang and a self-avowed horror fan, finds a book of Sarah Bellows’ scary stories and thinks little of it beyond its appeal as a piece of local history. Things begin to go haywire, however, when scary stories about her friends seem to inexplicably appear in the book: stories that seem to come horrifyingly true as they’re being written. Stella and company have to work to solve both the mystery of the book and of Sarah’s death centuries prior, lest all of them disappear just like the Bellows family did.

If that all sounds hackneyed, that’s because it is. This is a film that works best in short bursts, specifically in the sequences telling the scary stories—which are adapted directly from the original “Scary Stories to Tell in the Dark” books. The effectiveness of these sequences only serves to make the more lacklustre passages in-between them feel like filler. The more that’s revealed about the mystery of Sarah’s death, the more familiar it all starts to feel. 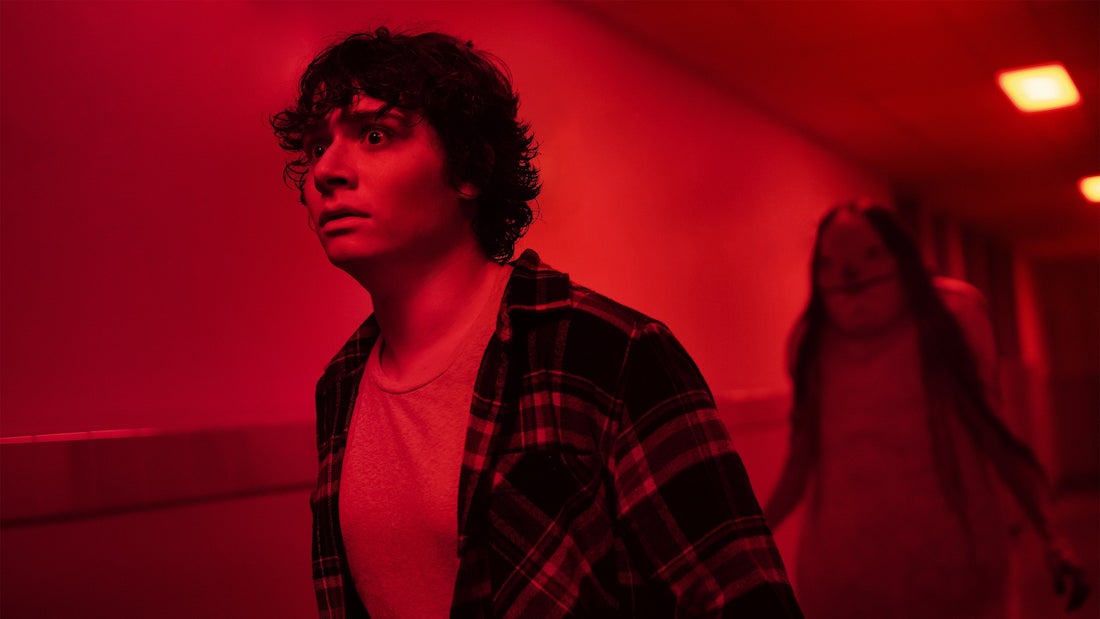 If anything, the scenes that advance the story feel like a distraction from those scarier moments that comprise the real meat of the narrative. These scenes are exhilarating and consistently terrifying; as intense as anything one might see in an adult horror film. While the sequence with Harold the scarecrow is the most recognisable to fans of the books, the highlight is undeniably the Pale Lady. Without spoiling much about her time in the spotlight, there’s nothing more frightening on a primal level than a tractor-sized, eggshell-white woman with no recognisable features beyond beady black eyes and a literal ear-to-ear grin.

Moments like this are made especially nightmare-inducing by the fact that all the book’s most famous/infamous monsters are predominantly created using practical VFX. Del Toro is a classic horror nerd who knows the importance of practical effects over computer-generated ones in making the scares feel real, and that’s exactly the effect. All of the ghosts and ghouls are created with intricate make-up and sculptured to look uncannily like their illustrated counterparts. CGI was then used conservatively on top of that to smooth out the rough edges and create more difficult effects such as, for example, an army of spiders crawling out of someone’s face. The appeal to old-fashioned production values was the right move, and its effectiveness can’t be argued. While the larger movie is uneven—ironically, probably more uneven than it would’ve been as an anthology—it shines through in its horror scenes because of small but significant decisions like that. 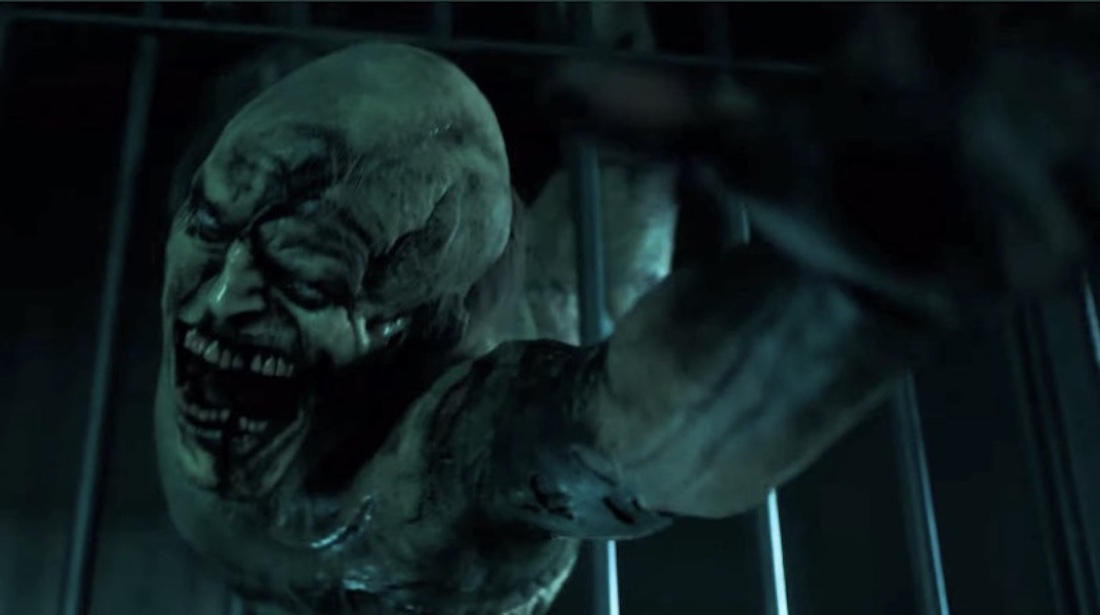 The film ultimately ends on a discordant note, providing only a partial resolution and attempting to set up a sequel. It’s everything that bothers me most about mainstream horror movies: the mindset that a film can’t just be a standalone work, it has to be the first entry in a series that’ll inevitably decline with each sequel. For a movie that, all derivativeness aside, feels like it was made by folk with a clear passion for the “Scary Stories” literature, the decision to end the story on a “to be continued” moment seems driven more by a desire for profit than an interest in great storytelling.

Still, it may be imperfect but it’s ultimately an eminently likeable and deeply spooky summer movie with more than enough to recommend for horror freaks and fans of the two patron saint Stephens, King and Spielberg. It’s a model for what horror cinema for younger audiences should be: age-appropriate but no less horrifying than the most recent Ari Aster or Jordan Peele movie. If this sets the precedent for a wave of teen-friendly scary movies, count me in. The teenage me would be first in line. 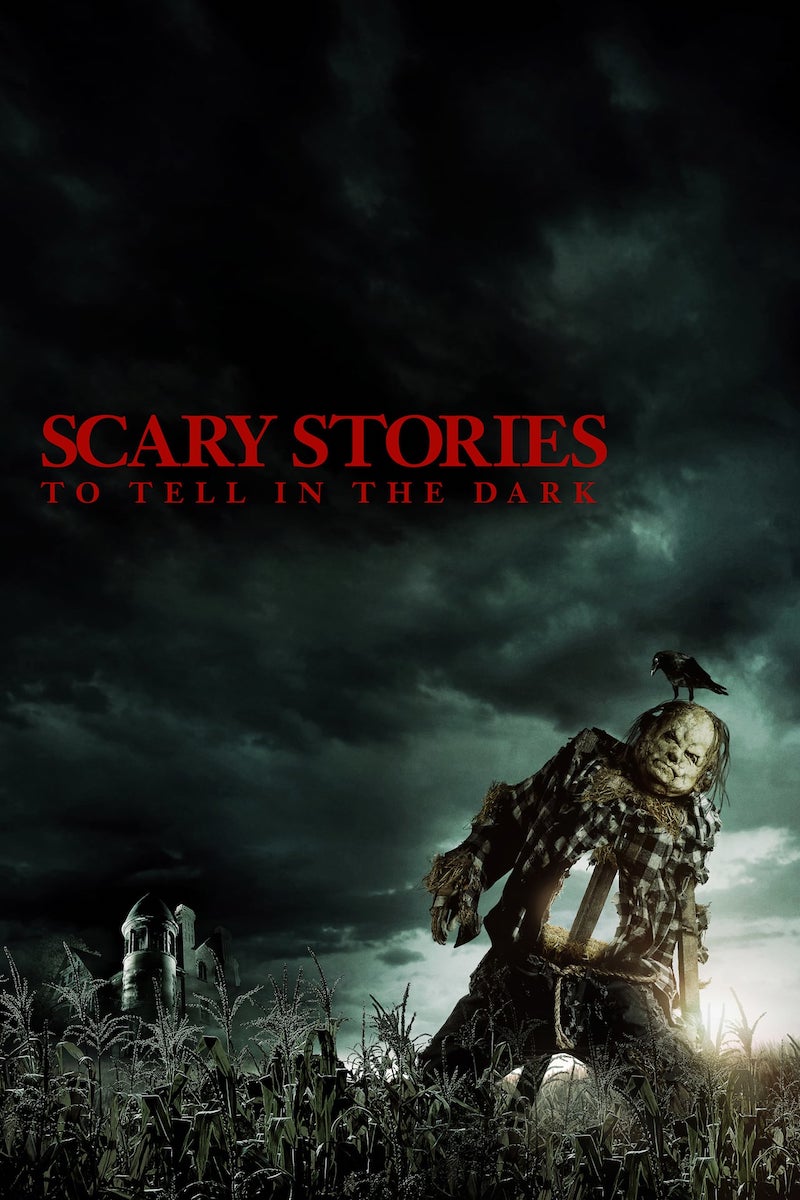