In 1984, Roger Ebert described one of the most commercially successful horror films of the year as “immoral and reprehensible trash.” He wasn’t wrong. The movie he was tearing to shreds was Friday the 13th: The Final Chapter, the fourth and best entry in what would go on to become an eleven-part slasher franchise. What Ebert missed is that trashiness is the fundamental appeal of the slasher genre. They’re empty exercises in gory catharsis, but their near-total absence of plot, character development, and substance frees audiences to sit back and get caught up in the blood-drenched campy excessiveness of it all. It’s horror in its purest form: a relentless appeal to the senses and a complete lack of intellectualism.

The slasher trend has, unfortunately, faded slowly but surely over the decades. But in 2017 Blumhouse Productions threatened to revive the genre with their Groundhog Day-inspired Happy Death Day (2017). The premise had nothing but potential: a college student is forced to repeatedly relive her birthday, which is also the day she dies at the hands of a killer in an oddly charming baby mask. Her Sisyphean task is to live, die, repeat until she can figure out who’s killing her and stop them to end the cycle and free her from a time-loop. 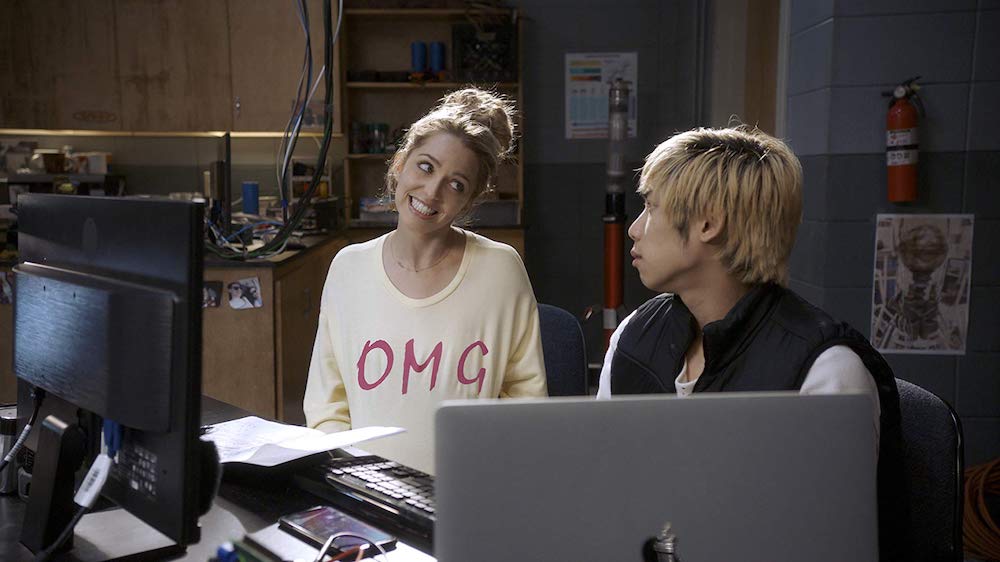 Like the golden age slashers of the 1980s, Happy Death Day was 100-minutes of total nonsense barely held together by a wafer-thin plot and half-baked characters. Unfortunately, it didn’t have nearly the same sense of fun and outrageousness as those earlier movies and, without much else to offer, it turned out to be a pretty dull retread of familiar horror clichés.

Two years later and Happy Death Day 2U has arrived; a sequel that promises to be bigger, better, and even more ridiculous than its predecessor. Sadly, only part of that ends up being true because, by overcomplicating the tangential mythology of the original and shifting the spotlight away from its horror elements, this sequel doesn’t resemble a slasher so much as it does a Big Bang Theory Halloween feature-length special. To say it feels belabored is too generous: this is a movie that seems to have been made with very little effort on anyone’s part, being a lazy imitation of a genre I hold near and dear to my heart. 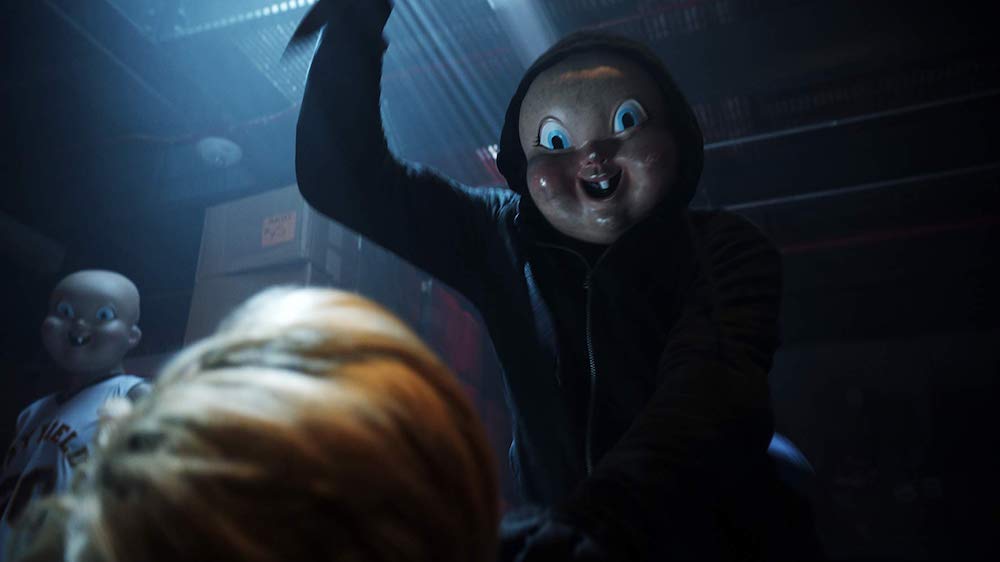 College student Tree Gelbman (Jessica Rothe)—yes, that’s our protagonist’s name!—is back no less than one day after the events of the first movie before she’s thrown back into yet another birthday-slash-death-day time-loop. There’s a catch this time, however: the massive quantum physics project that seems to have thrown her into the loop the first time around has now ejected her into a parallel universe. Not only does she have to sidestep a new baby-faced killer, but she’s forced to enlist the help of a group of new friends to fix the machine and send her back to her own reality.

Masked lunatic aside, it seems straightforward enough to work with a group of physics students to fix the machine they built. You would be naïve to think that, however, because the script inserts an arbitrary subplot featuring an embittered professor who thinks the time-looping machine is using too much electricity and will stop at nothing to—and this is not a joke—unplug it every single day before they finish sending Tree back to her dimension. 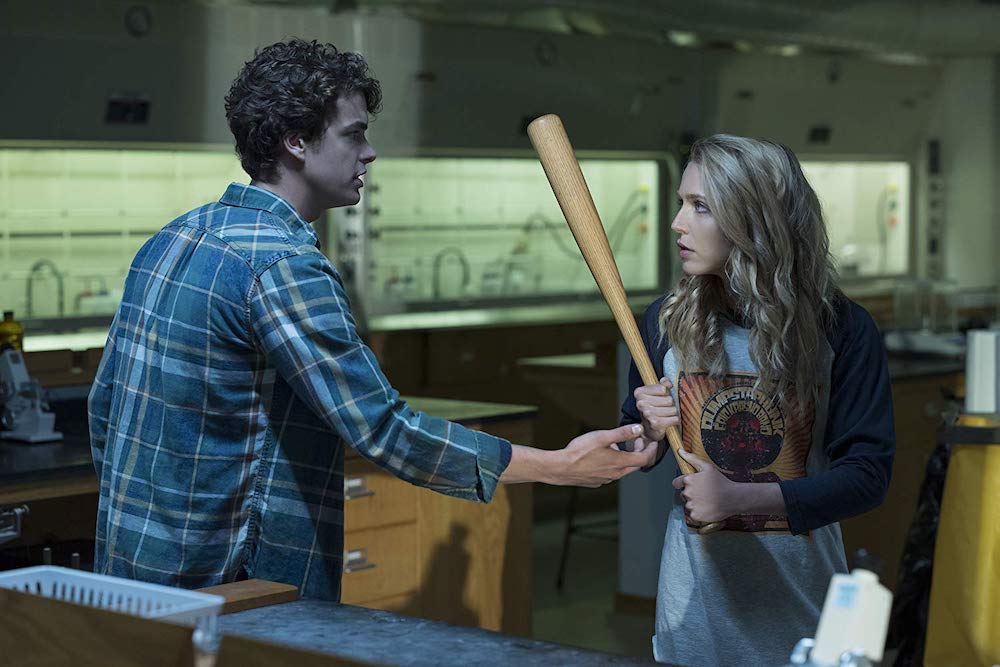 Plot devices like this are sprinkled throughout the story very liberally: in one early scene, Tree’s father texts her seemingly out of the blue that her late mother would be proud of her. There doesn’t seem to be any prompt for this text aside from lazily foreshadowing how Tree’s mother will factor into the plot later on. It’s all very heavy-handed and signifies a film precariously built upon contrived devices that serve only to drag out the action until it reaches feature length.

Perhaps I’m being harsh? After all, we’re talking about a slasher here, which is a genre inherently not narrative-driven, so who cares if this one’s plot feels convoluted? The problem is that slashers are light on narrative because they’re usually heavy on action, as the true appeal of the genre lies in the gleeful blood ‘n’ guts excess of the death scenes. With one notable exception, there aren’t really any death scenes in Happy Death Day 2U! In fact, there’s barely a drop of blood to be found in the film because of its PG-13 certification. 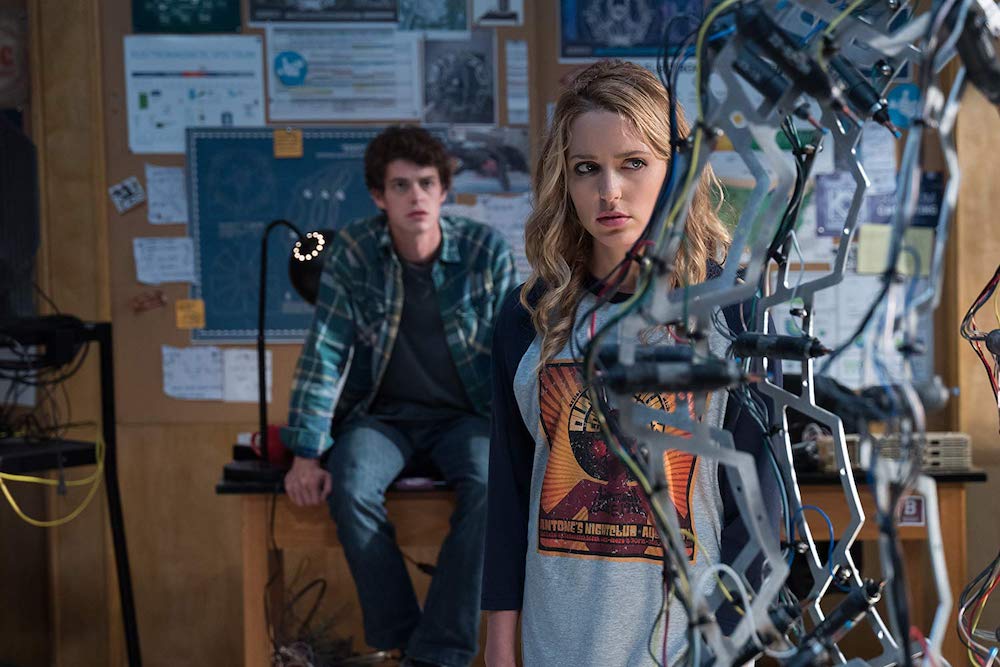 So every time Tree dies, the film cuts away before we see the grim aftermath of her death and, in most instances, the murder weapon doesn’t even connect with her onscreen before her day is reset once again. Arguing that a movie isn’t violent enough is, I realise, an unfair critique in most situations. In the case of slashers, however, bloodlessness might as well be a death sentence. If there’s no plot, no rounded characters, and no real horror, then what excuse does the audience have to remain seated?

Simply put, there isn’t an ounce of sincerity or invention between the opening and closing credits of Happy Death Day 2U. It’s a circus of cardboard characters making lazy jokes, rehashing introductory physics, and force-feeding the audience sentimentality so phoney it borders on tastelessness. There’s a difference between being clever and being convoluted. Happy Death Day 2U is cynical, lazy, and deeply joyless. I hope never to relive it.