A woman is kidnapped and finds herself an unwilling participant in a deadly game where women are hunted by masked men.

A film opening with ‘FUCK PATRIARCHY’ promises to get straight to the point but, unfortunately, The Furies has little deeper to say. The premise is simple; so much so that we’re right into the horror in under 10-minutes, with a kidnapped woman left in the forest to survive masked killers. After opening titles inspired by 1980s slashers, we’re introduced to our protagonist, Kayla (Airlie Dodds), and her friend. This prologue delivers the most characterisation of the film, and even then it’s rushed exposition of what will make Kayla the Final Girl.

The rest of the film is serviceable dash-n’-slash, but in simply throwing back to ’80s slashers it struggles to offer anything new. Kayla’s unique trait is the epileptic fits she endures, that defy even basic science and allow her to ‘hack’ into cameras that have been surgically implanted into their eyes. It’s a promising plot element which is hardly used as she has little to no control over her seizures, let alone the cameras, and those episodes leave her unconscious. In exchange for an interesting character element, we lose precious time to get to know her as a three-dimensional person. Which is still more than the stock cast of ‘Beauties’ (the hunted) and ‘Beasts’ (the hunters), none of whom are afforded more than a name and a role. 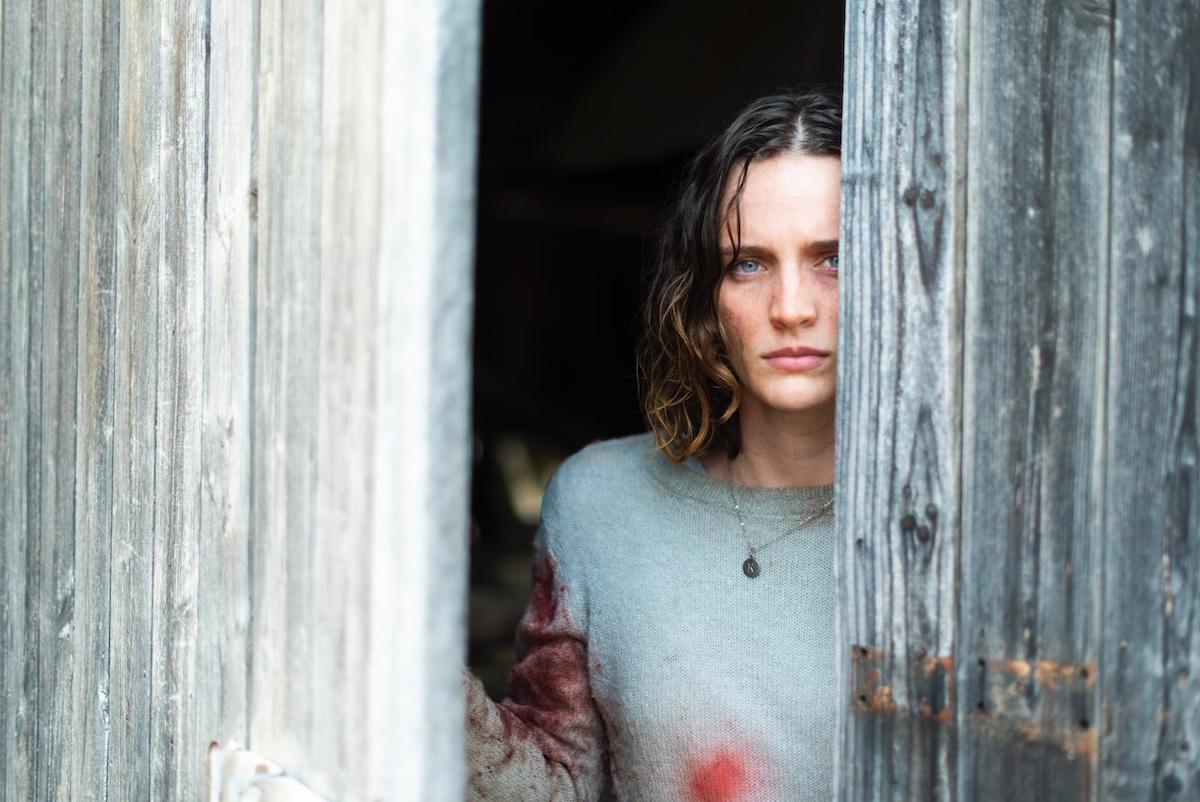 The Beasts offer some impressive gore and unpredictability when it’s revealed how much of a free-for-all this battle royale truly is. Horror fans get enough bang for their buck with multiple masked killers, but none of them is particularly iconic, aside from one who wears human skin. Of course, as per the opening statement, the natural divide of the teams is their gender. One character backs this up, assuring us it’s a “fucked-up world full of fucked-up men”, yet the plot undermines that sentiment. As a homage to retro hack-n’-slash movies, it would’ve been enjoyable to see a whole team of Final Girls. When reasons give way to girl-on-girl violence, the intention becomes muddled without any commentary on the ‘bad women’.

Now against the world, Kayla finally begins to step forward and pro-actively works to beat the system rather than play the game. Why this is bad is that the men don’t have a voice in the story so the women have to explain their behaviour. Tony D’Aquino’s direction is good but his written dialogue is unconvincing and not up to the task. One girl gives a reasonable excuse in her character direction, setting up a solid second act, and the twists are a welcome evolution from the straight-forward climax. In the goals of making a fun throwback and adding the barest of contemporary updates, the first two-thirds of The Furies succeed.

The third act is a genuine disappointment, however. Without spoiling things, the other woman whose actions conflict with Kayla is insufferable. It’s not because she’s an active villain but her immensely poor arc is a head-scratcher. The core conceit of men vs. women is gone, even women vs. themselves hardly applies in the end. We just get incomprehensible actions leading to a damp squib finale that’s evidence of another male filmmaker struggling to move past tropes and explore why always having a final surviving girl is so significant. We got an answer to why the women have such fury at the start, but The Furies only goes as deep as ‘fuck patriarchy… I guess?’ 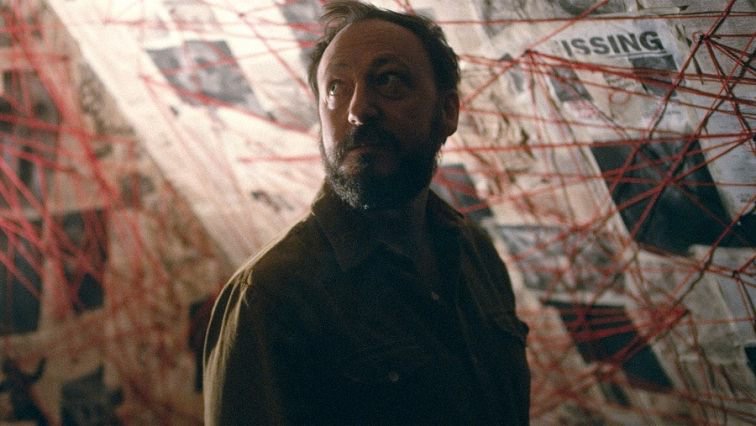 I Trapped the Devil

A man descends into paranoia after trapping what he believes to be the devil in his basement, but things take a dark turn when his family unexpectedly arrive for Christmas.

I Trapped the Devil reminded me of Black Christmas (1979). The rich black grain in the dark and the vintage title card evoke a wonderful retro aesthetic, but director Josh Lobo takes more than style from that festive horror classic. Both films use Christmas in a substantial way to resonate through the horror.

Holidays bring people and families together. Matt (AJ Bowen) takes his wife Karen (Susan Burke) to see his estranged brother, Steve (Scott Poythress), but an atmosphere of familial tension is there from the start. The writing and performances brilliantly foreshadow conflict before the crux of the story even arrives. Steve is believable in bluntly asking them to leave, as is Matt’s frustration over sticking by his family if they need help. For Karen, not being a blood relation allows her to be the only one objectively focused on the fact her brother-in-law has a man locked in his basement.

Despite ever-shining lights strewn around the house, a malevolent presence pervades with unheard phone calls and ominous TV static that haunts Steve. We’re as trapped as the man in his basement, especially as undefined figures lurk in the snow of the analogue TV and paranoia leads to promises of threats approaching from the outside. It’s what we know though that threatens to tear these people apart or, more precisely, what they can’t agree on knowing. The horror is subtle and creeping as Steve assures his family, calmly, that the person he’s trapped is the actual Devil. Steve doesn’t use fear or intimidation to bolster his outrageous claim, he wants them to believe it as he does. Matt considers his obligations for visiting throughout, but the overriding motive is love—does he feel he has to help or does he want to? Is it a coincidence this is happening at Christmas or is a family’s love being tested by true Evil?

AJ Bowen has been described as the go-to actor for ‘mumble-gore’, a cutesy label for indie horrors dependent on dialogue over VFX. An apt title for I Trapped the Devil, as not only the superficial action but the underlying horror is being trapped with two men mumbling in the dark about threats far greater than anything either of them can see. Steve monologues on the nature of evil, never overtly sinister or dangerous, yet the act of him trapping someone against their will is inhumane. Steve has the insurmountable task of arguing his case but remains steadfast because the consequences would be unleashing the Devil back into the world.

The style of horror could’ve become overblown with this concept. The three protagonists spend the first half of the film preoccupied upstairs assessing the situation. Steve wisely only allows his captor the occasional opportunity to make his case. When the Devil does speak, he whines in quiet whispers about wanting to see his family again. In a hostage situation confrontation is the last thing anybody wants, tension ramps with the sight of a gun or knife and yet rarely are these wielded to shift the scales of authority. Even in the direst of moments, people are pleading for somebody to just believe them. We don’t need to see the Devil though for him to affect our beliefs, the question of whether he’s there or not does his work for him in bringing out the worst in each other.

A radio star experiences the worst night of his life when stalkers assault the radio station where he’s working.

Like the musician who starts his in-studio performance standing high over his drums, Pedro C. Alonzo debuts a hard-hitting thriller pumping with tension and confidence. Uncompromising radio host Jarvis Dolan (Eddie Marsan) rules his timeslot with authority, giving voice to the troubles surrounding British politics, even after an attempted kidnapping to silence him. Dead air can be a killer any other day in the industry, but tonight that threat is literal, as Dolan is forced into a hostage takeover.

Marsan is often typecast in loveable but meek roles, but the character of Dolan is neither. In a superb demonstration of subtleties, sweat-drenched stress is constantly overcome by his honed skill of talking his own subjective truths. We’re trying to keep up with Dolan’s constant whirring thoughts as he stays one step ahead of his captors. He’s brash and unapologetic. We’re supposed to not like him, but through the ordeal and bloodshed, we come to sympathise with Dolan. However, as we cheer his instincts to survive this experience, we start to wonder if he’s fighting for his life or just his reputation.

This all makes for an engaging thriller, but what pushes Feedback into the realm of horror? The violence is exact and excruciating but serves a point when the actions Dolan and his co-host (Paul Anderson) refuse to admit deserve tough consequences. The bloodletting is sparse but intrudes in Dolan’s place of comfort, staining the headphones and screens he’s surrounded by. Saying the wrong thing can get you killed. Dolan endures trials of communication from confrontational phone-ins, to the rock-n’-roll attitude of his co-host threatening to unbalance their captors. The real horror lies in the uncomfortable truth everyone is fighting around. Captors and captives alike wallow in the shared pain of past and present, trying to get their voice heard to lessen the hurt.

The overt political topics of his radio show are prevalent as things run smoothly, with Brexit and Trump being contemporary name-dropped issues. Personal problems take centre stage during the siege, but the horror isolated within this recording studio connects to experiences felt far and wide. The film uses the genre as catharsis putting that public figure who comes out unscathed from accusations under direct peril. Past the extreme thrills of violence, it’s the quiet moments of silence that scream guilt and turn stomachs.