Geoff Murphy’s post-apocalyptic curio The Quiet Earth was my first taste of the ‘last man on earth’ sub-genre. I discovered it on late-night TV in the early-1990s, only later realising it was a well-regarded indie sci-fi. It’s wonderful to see its stature continue to grow, now firmly established as a cult classic. Arrow Video’s new Blu-ray release will only create more fans.

In the mid-1980s, there was already a tradition of doomsday tales, which were either serious and artful (1924’s Paris Qui Dort), or fun and action-packed (1971’s The Omega Man), but not many erased mankind almost entirely from their stories. The purest approach demands the absence of the one thing drama relies on: other people. That’s often why survivors of a fictional apocalypses have to contend with flesh-eating zombies, man-eating plants, or carriers of plague. Who wants to watch a single character struggle with loneliness for an hour or so? To be fair, even The Quiet Earth introduces a few other faces to keep things from becoming a monotonous downer, but it’s nevertheless one of the genre’s best attempts to weave a nightmare from isolation. 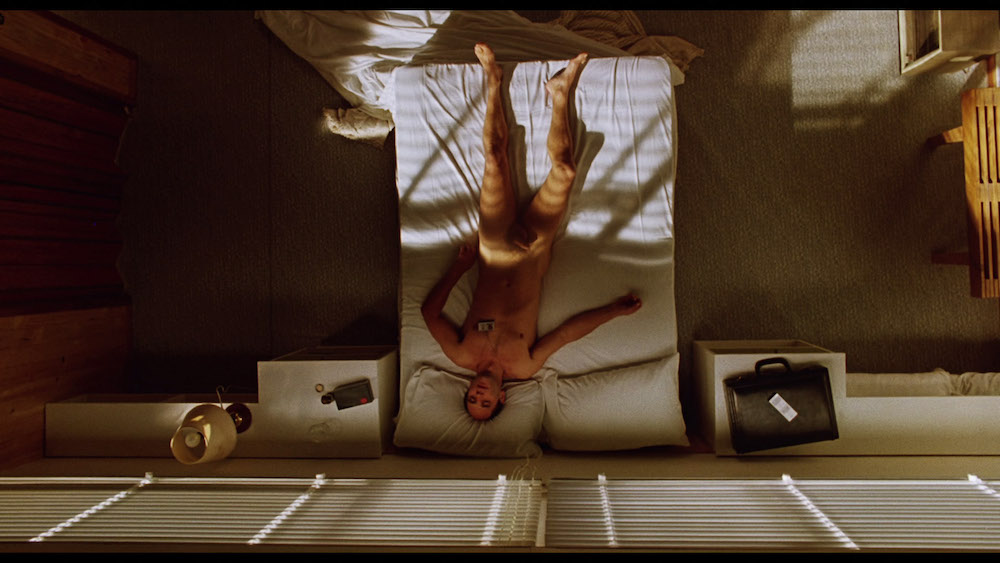 A pioneer of New Zealand’s blossing film industry in the late-1970s, Geofff Murphy was attracted to the idea of adapting Craig Harrison’s namesake novel. A script was written by Bill Baer, Sam Pillsbury, and Bruno Lawrence - who appeared in Murphy’s previous film Utu (1983), and would take the lead role in of Zac Hobson himself.

Zac’s a middle-aged scientist who awakens naked in bed at 6:12 A.M, then goes about his morning routine until he notices a curious lack of human activity. Eventually, after the oddness of finding an empty petrol station grows into the outright madness of Auckland city being completely deserted, it dawns on Zac that everyone’s vanished and he’s seemingly the sole survivor of an incident later referred to as ‘The Effect’. 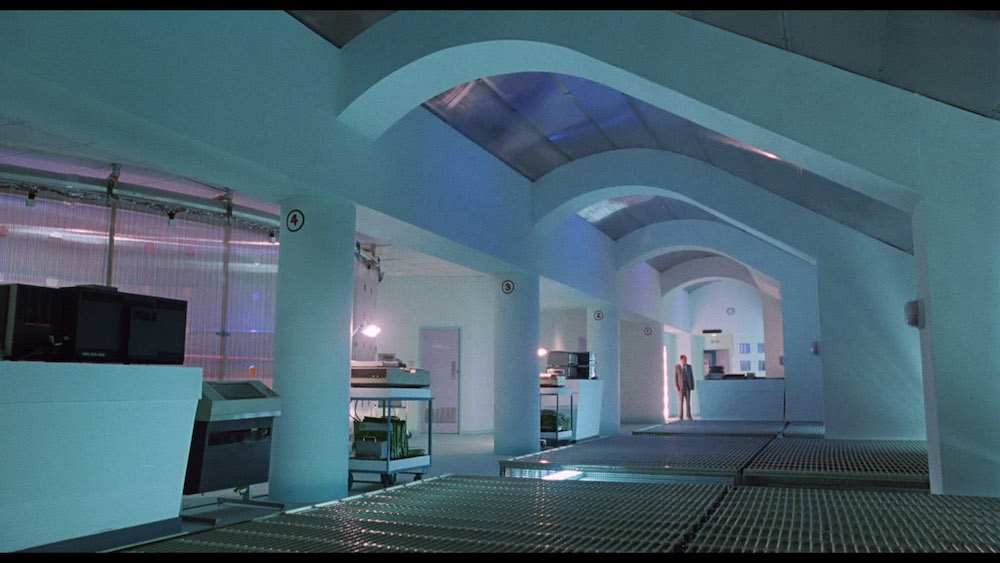 One thing I love about The Quiet Earth, and other movies like it, is they each have broadly the same setup but add their own spins that become reference points for later entrants in the genre. There’s a lot about The Quiet Earth that seems familiar from The Twilight Zone’s pilot, “Where is Everybody?” (which concerned an astronaut finding himself in a small town devoid of people), but modern viewers of TV series The Last Man on Earth (2015–18) might also notice elements of The Quiet Earth in that Fox comedy. For instance, both protagonists graffiti billboards to signal their survival, then later go crazy from the crushing loneliness. Recycling ideas and themes are somewhat inevitable with a concept this narrow, but it nevertheless feels these movies are irregular gems that always build on what came before.

The first act of The Quiet Earth is my favourite, as it focuses on the practical ramifications of someone dealing with the mental and emotional stress of being the only living creature left on earth. It’s convenient that Zac works for the company partly responsible for what happened (a global experiment codenamed ‘Project Flashlight’), but otherwise it’s an accurate portrayal of an ordinary guy on a downward spiral thanks to these extraordinary circumstances. There’s immediate disbelief over what’s happened (although it’s tempered by the fact Zac isn’t totally clueless about what’s happened), a degree of enjoyment now that the planet has become his personal playground, frustration and anger over what the longterm future means for his existence, then a deep sense of loneliness that tips over into mental illness. 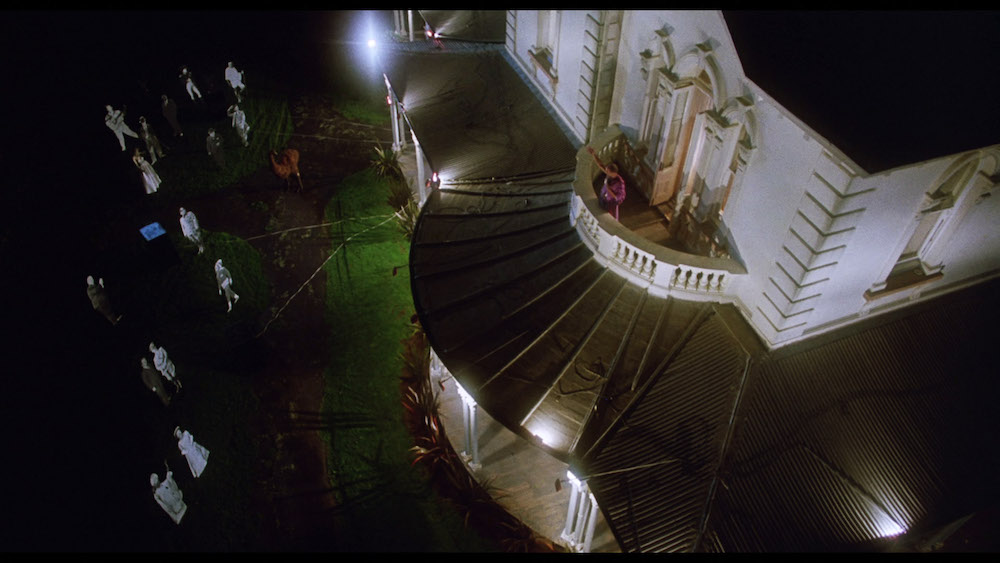 In watching this wonderful movie again, for the first time in 25 years or so, I was surprised by how quickly Zac loses his mind. It’s not long before he’s taken to crossdressing and giving grandiose speeches on a balcony to a garden of celebrity cutouts. It’s a memorable scene, but one that’s arrived at very quickly. There isn’t a sense that more than a few weeks have passed since ‘The Effect’, and in this re-watch I didn’t quite believe Zac would deteriorate so rapidly. It’s clear he’s not married, or has kids, let alone friends, so surely a loner would last a year or two before cracking up? It might also be argued the film misses a trick in not giving Zac a family to have lost, but perhaps the writers believed it would be too horrendous to watch. Or just take up too much time, if done properly. 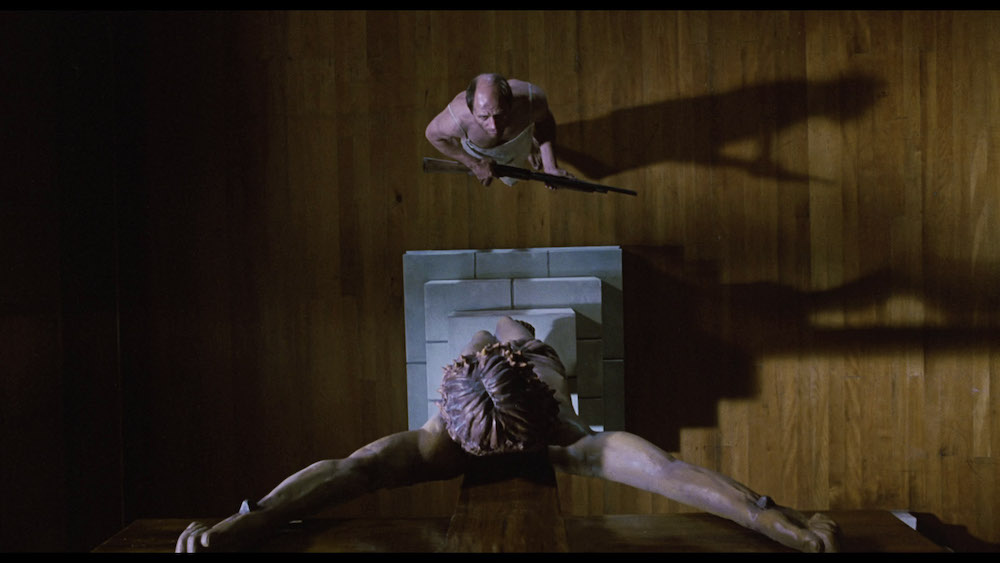 Things manages to stay interesting until literally the last second end, with a last shot that always becomes The Quiet Earth’s big talking point. It’s a moment commonly spoiled in the marketing of the film, Planet of the Apes-style, despite this movie not having the cultural impact. (Arrow Video’s new disc has avoided using the final shot on the disc’s slipcover, but some pre-release material suggests the disc art inside does… so fair warning.)

That the film doesn’t lose your attention is remarkable, considering there are so few physical threats for Zac to overcome. There are isolated incidents when he encounters houses that are on fire, or flooding, but the only major worry for Zac is when he gets trapped inside his own workplace thanks to a lockdown procedure. 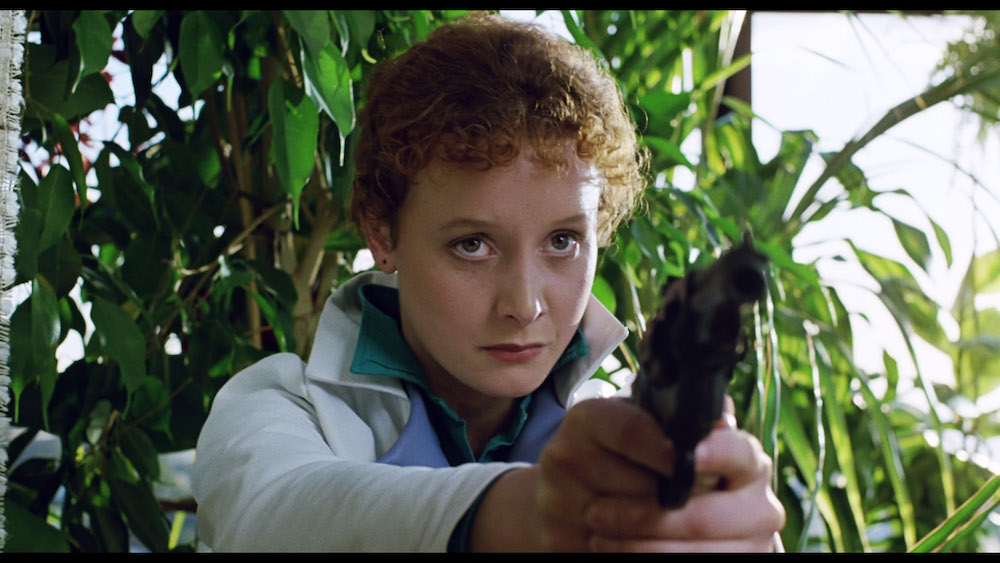 As mentioned, post-apocalyptic stories tend to involve other survivors who become a big problem thanks to the effects of whatever caused doomsday (genetic mutation, viral contagion), or just lawless opportunism from fellow survivors. Almost every zombie movie uses all three. But The Quiet Earth sticks to its sombre tone from beginning to end, never once pushing things too far into an outright supernatural realm.

The only complications Zac encounters are literally human ones. A beautiful and intelligent woman called Joanne (Alison Routledge) enters Zac’s life just as he’s started attempting suicide, and suddenly the world becomes more bearable as things turn romantic between them. However, their newfound bliss comes under threat from a Māori army soldier called Api (Pete Smith). Initially presented as a danger, Api becomes a friend, but then an awkward love triangle starts to develop. This is another angle that gets used a lot in such tales, and which the aforementioned Last Man on Earth used as a key aspect of its comedy. In watching the film again, knowing a little more about New Zealand culture and racial issues in adulthood, I noticed the undercurrent of racial unease in the love triangle. This gave the later scene an added frisson of drama that I’d completely overlooked as a kid. 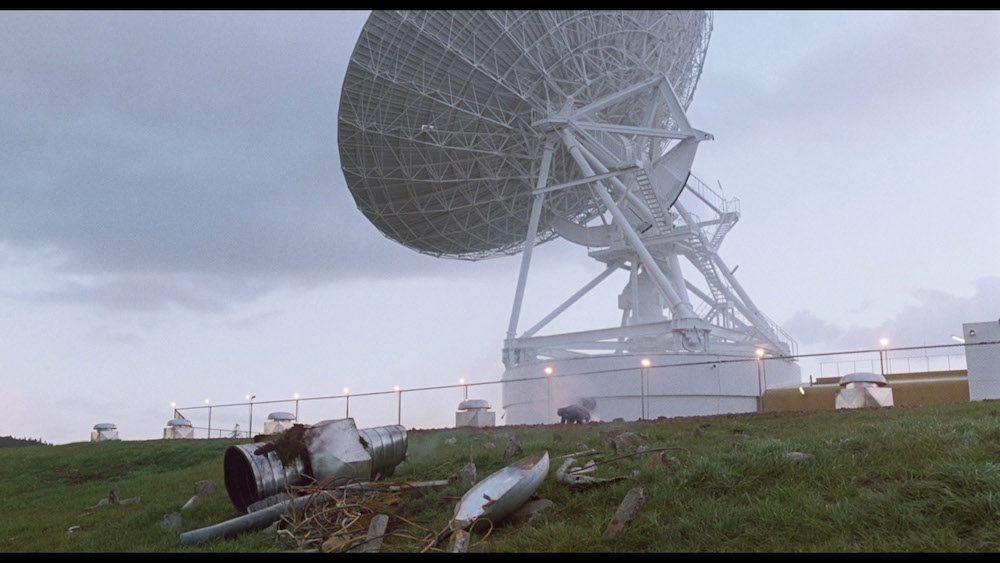 The Quiet Earth only cost $1 million to make, but despite being a low-budget production the film never feels cheap. Murphy makes excellent use of the limitations, and the good cinematography from James Bartle. While there are no recognisable places audiences aren’t used to seeing empty—as happened with 28 Days Later (2002) in London, or I Am Legend (2007) in New York—it sells you on the idea Zac is utterly alone, and manages to provide an eerie atmosphere you can recognise from your own life. It’s the early morning silence of the world before everyone wakes up, stretching on endlessly and unaffected by when the movement of the sun.

It’s easy to recommend The Quiet Earth because it’s an intelligent approach to material we’re used to seeing treated more as the backdrop for action and horror. Some of the storytelling does seem a little rushed, however, and I’ve never been convinced by the love triangle that comes to dominate things. Once Joanne starts getting closer to Api, it just seems forced by the script because there’s no chemistry between those two actors. And having spent a longer time with Zac and Joanne in the second act, our sympathies are never with the Māori soldier (with a violent past) who splits them apart.

Despite these issues, the film remains thoughtful and compelling. Enough time has passed that The Quiet Earth has also become a cool time-capsule of mid-’80s indie filmmaking. And the aforementioned final shot is something truly glorious and one for the ages; prompting a dizzying number of questions and theories about what exactly Operation Flashlight did to the world, or Zac. 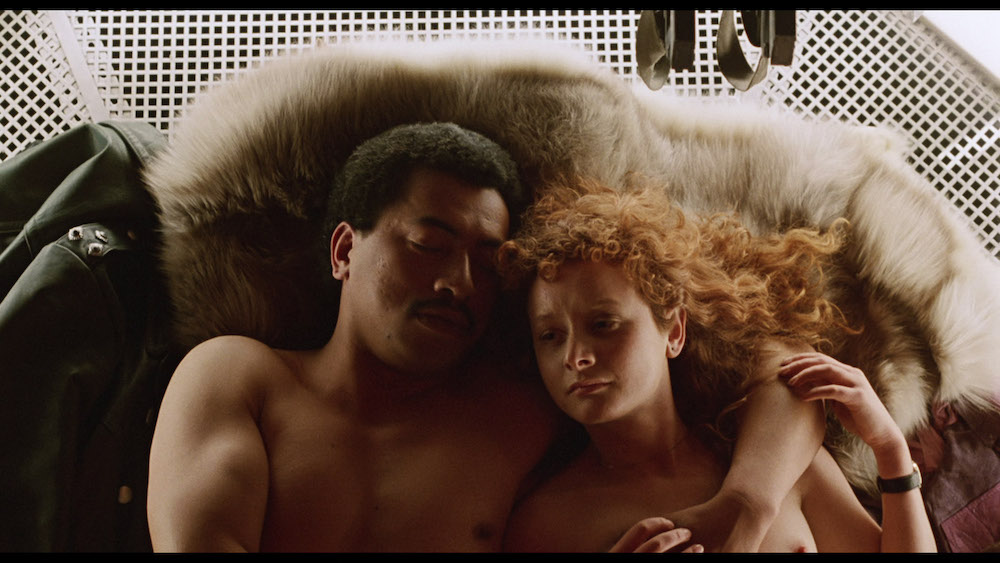 The success of this movie whisked Murphy to the bright lights of Hollywood, where he made Cold War thriller Red King, White Knight (1989) and Western sequel Young Guns II (1990). Things were going great in Tinseltown, until he made time-travel sci-fi Freejack (1992), starring Emilio Estevez and Mick Jagger, which only grossed $17M. Under Siege 2: Dark Territory (1995) then became Murphy’s most successful movie, grossing $104M, but it only led to workmanlike sci-fi sequel Fortress 2 (1999). Murphy’s made only a few movies since, but notably directed 2nd Unit on films like Peter Jackson’s The Lord of the Rings trilogy and xXx: State of the Union (2005).

Bruno Lawrence continued working Down Under, notably starring in The Delinquents (1989) alongside Kylie Minogue, but the actor died in 1995 of lung cancer shortly after finding new success as part of satirical TV series Frontline (1994–97). Alison Routledge did nothing of note after The Quiet Earth, beyond a few short films, but her debuting co-star Peter Smith carved out an acting career in his native land. He appeared in The Piano (1992), Once Were Warriors (1994), and was an Orc in The Lord of the Rings: The Return of the King (2003). 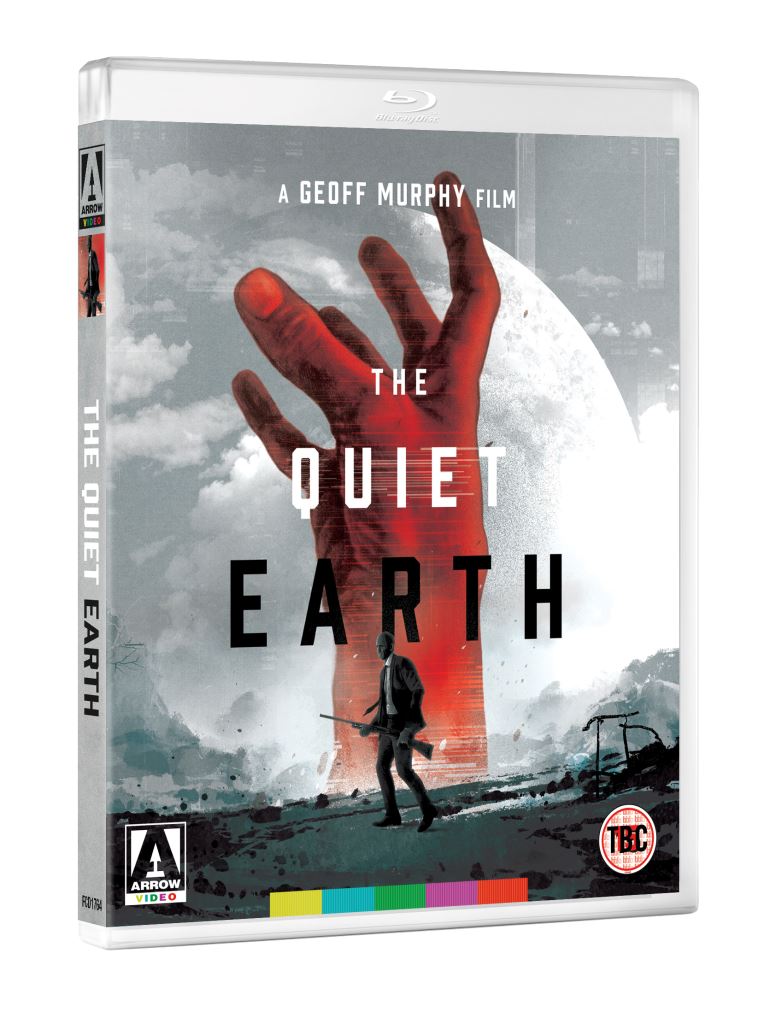 Arrow Video’s new Blu-ray release of The Quiet Earth comes with a DTS-HD Master Audio 5.1 surround upgrade of the original 2.0 stereo mix, both lossless, with a 1080p 1.85:1 picture. This is the best the movie has ever looked; a wonderful 2K restoration. Originally shot on film, grain has been reduced digitally, but not distractingly so. It still looks and feels like a mid-1980s low-budget indie, but everything is cleanly presented with strong blacks and striking colours. 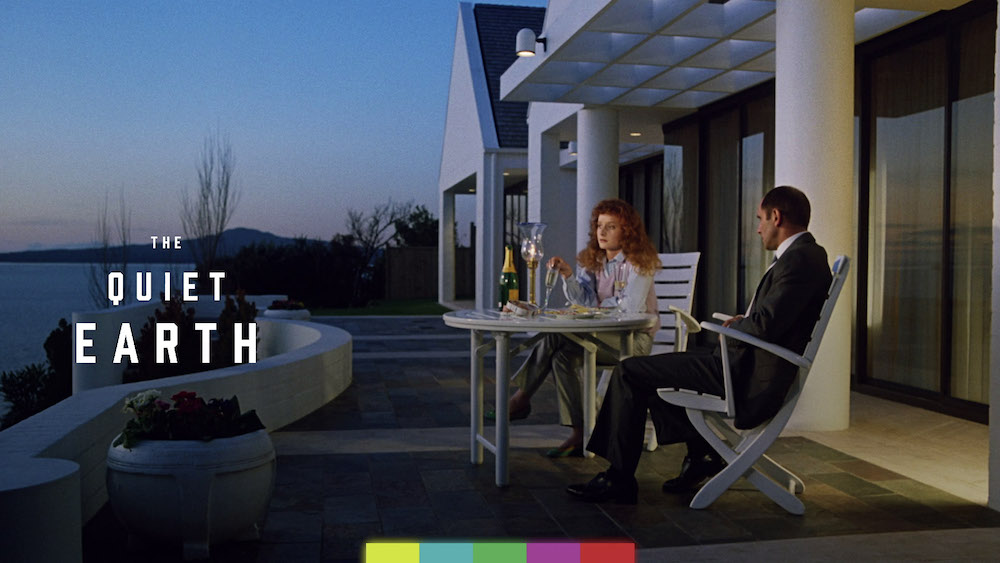