Prolific Hong Kong filmmaker Tsui Hark enjoyed a run of success with his first three Once Upon a Time in China films, re-interpreting the life story of real-life medic and martial arts master Wong Fei Hung, who was already a Chinese folk hero. Once Upon a Time in China (1991) was a huge hit that refreshed and redefined the martial arts genre. It was nominated for eight major Hong Kong Film Awards and won four, including the coveted Best Action Choreography and Best Director.

It was also an early starring role for Jet Li as Wong Fei Hung, confirming him as an action superstar. Riding the crest of this success, Hark went straight into production on two sequels, both released the following year. They sure knew how to churn ’em out in Hong Kong! 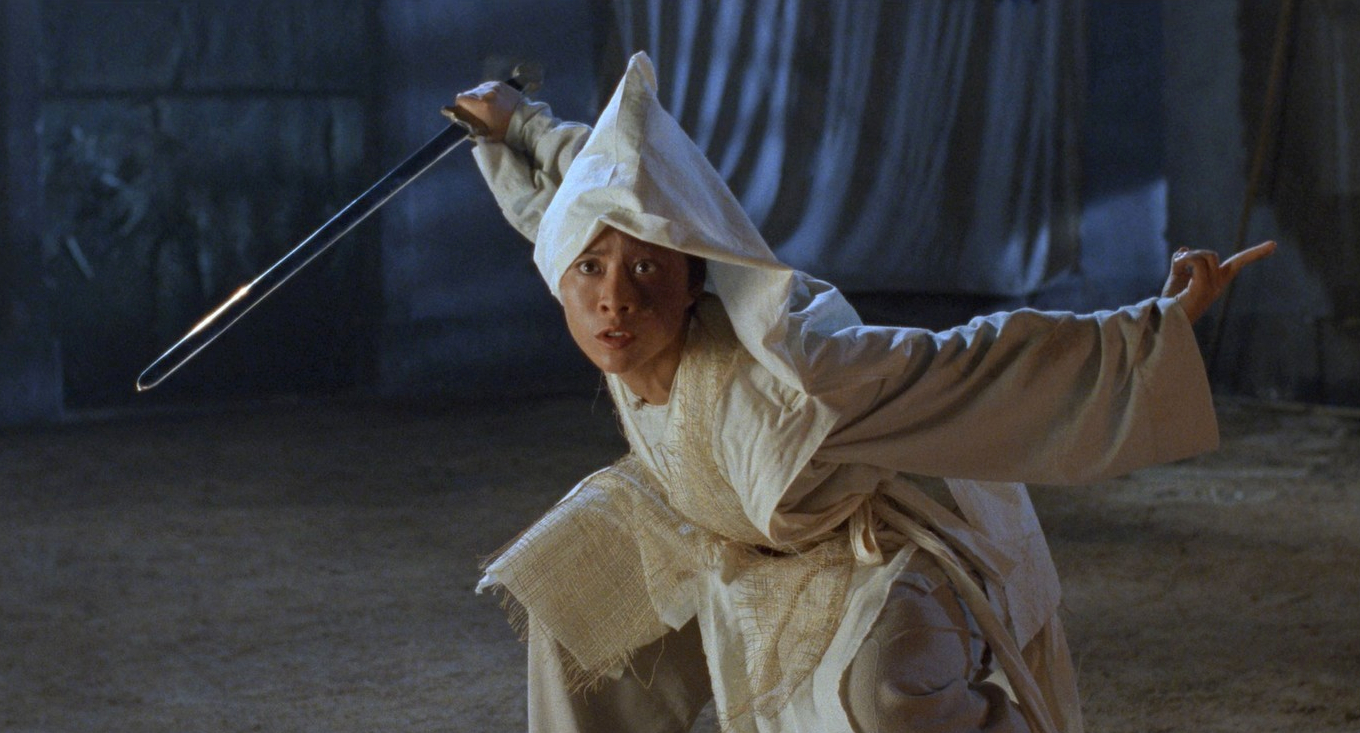 When it came to making number four, it seems Jet Li declined to return, which is a little strange because, instead, he went off to make Last Hero in China (1993), a film he also produced and in which he played Wong Fei Hung… again.

With Jet Li unavailable, Hark put Once Upon a Time in China 4 on hold and decided to make a prequel about the childhood of Wong Fei Hung. He chose to produce and contributed to the script, but hired Woo-Ping Yuen to direct. Woo-Ping Yuen had made his mark with Drunken Master (1978), which is still considered one of the finest and most influential Kung fu movies. Now, matters get a little more confused because Jet Li, whom you’ll remember decided to produce his own take on the biography of folk hero Wong Fei Hung, also hired Woo-Ping Yuen to direct Last Hero in China! It seems the Hong Kong film scene of the early-1990s was a close-knit community… 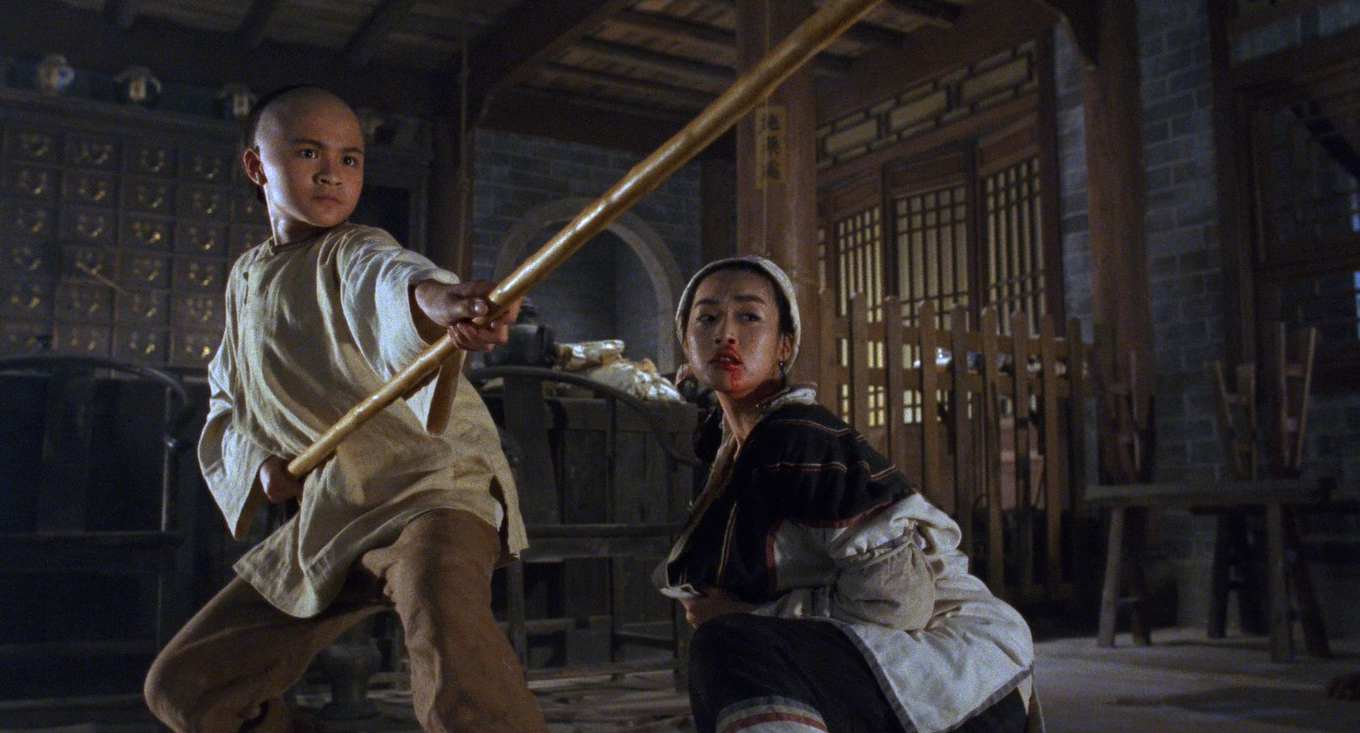 Basically, the titular Iron Monkey (Yu Rong-kwong) is a classic superhero—a masked ‘crusader’ by night, with has a ‘mild-mannered’ yet hunky alter-ego by day. Under cover of darkness he makes his way via the city rooftops and drops in on corrupt officials to steal their gold and jewels, which he redistributes to the neglected refugees and those displaced by natural disaster. He’s an Asian ‘Robin Hood’ figure. This, of course, endears him to the poor, but makes him Most Wanted by the corrupt authorities.

We’re just five minutes in when we get a demonstration of the Iron Monkey’s awesome Kung fu, as he enters the Governor’s official residence and steals the horde of treasure being offered as a reward for his capture! An entire garrison of guards, plus four Shaolin monks are unable to stop him. The next day, in his Dr. Yang persona, he treats their injuries, assisted by Miss Orchid (Jean Wang), both his nurse and secret Kung fu sidekick. 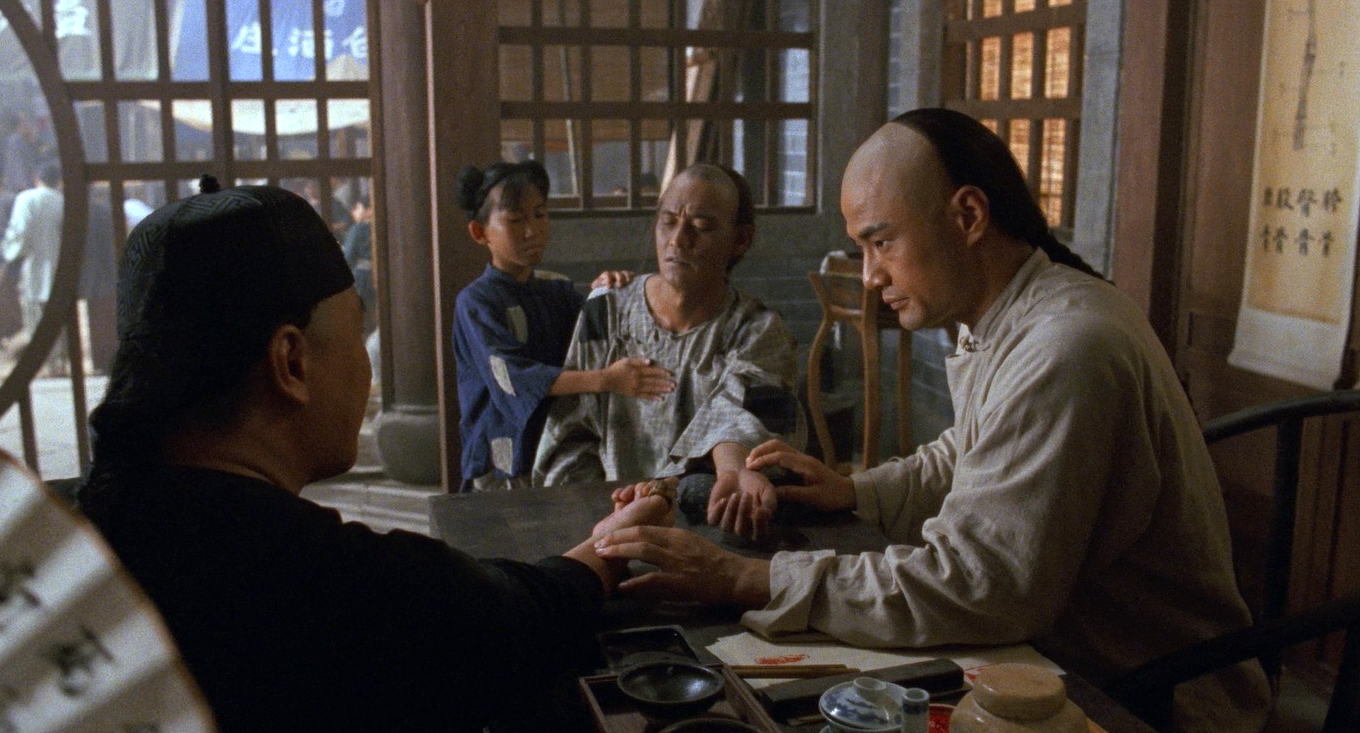 The gluttonous Governor (James Wong) is infuriated, and orders the ineffectual General Fox (Shun-Yee Yuen) to round up anyone with any kind of monkey connection. If they merely utter the word ‘monkey’, if they scratch themselves, if they have any simian features, and woe betide any street buskers with performing monkeys! It’s during this round-up that two mysterious newcomers are wrongfully arrested; a travelling physician, Wong Kei-Ying (Donnie Yen), and his young son—you guessed it—Wong Fei Hung (Angie Tsang).

Wong Kei-Ying was also a real Chinese folk hero, known as one of the Ten Tigers of Canton, or the top ten martial arts practitioners of the 19th-century, and is famous for preserving and passing on much of the Kung fu tradition. When he stands up against the abuse of his fellow prisoners, he reveals his Kung fu skills and so the Governor hatches a dastardly plan. He keeps the young Wong Fei Hung hostage and gives his father seven days to capture or kill Iron Monkey. Of course, being a fellow physician, he is soon befriended by Dr. Yang. So, a classic premise is set-up: two good guys, both possessing formidable fighting prowess, pitted against each other. How much do you want to bet that they don’t eventually team up against the oppressors? 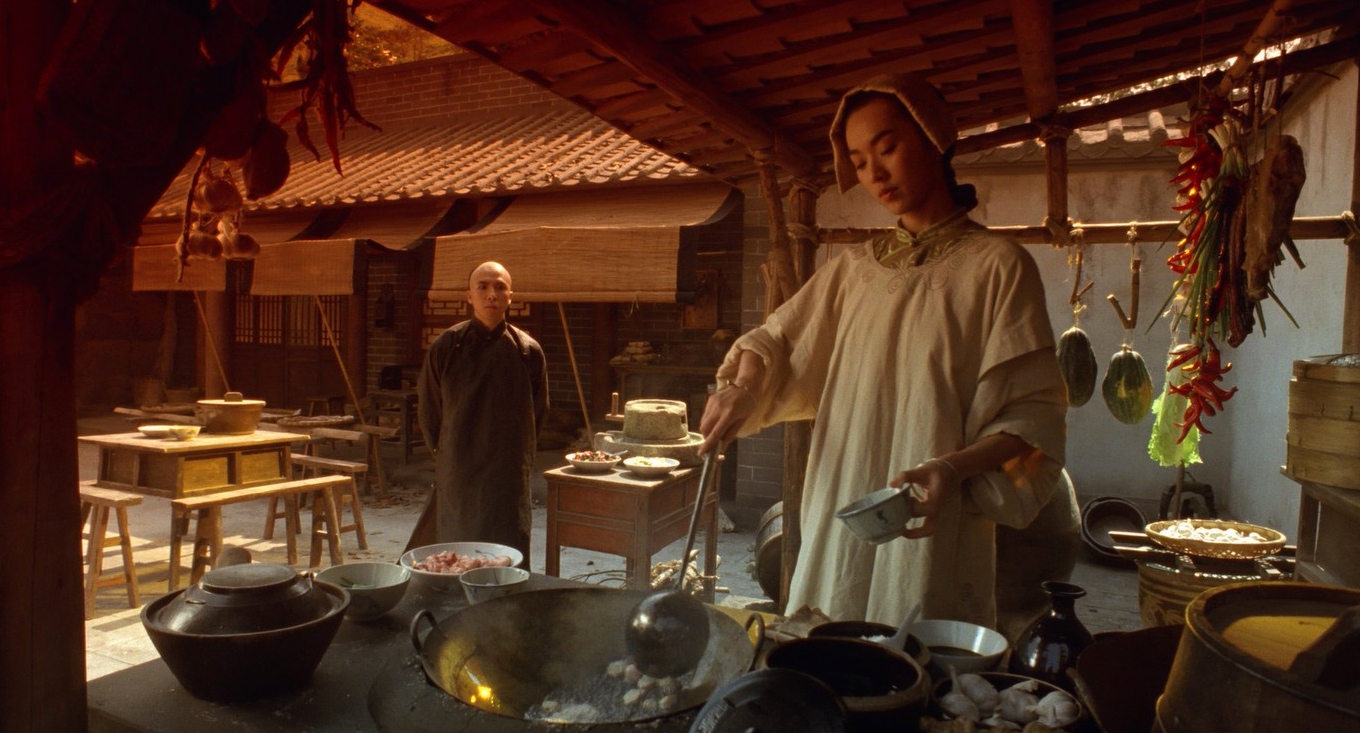 Iron Monkey is pretty much the definitive Hong Kong Kung fu film and regularly crops up in lists of best Kung fu movies of all-time. It’s not really surprising, given the pedigree of the cast and crew. It also bridges between the more traditional Kung-fu films, where the players were grounded, and the modern trend for impossible leaps and fantastic-aerial antics, a sub-genre known as ‘wire-fu’—which is a skill to be appreciated in its own right.

Iron Monkey’s fight scenes are truly spectacular—and a little ridiculous at times—but the wire-work is fairly restrained compared to some of the later offerings out of Hong Kong, like Ang Lee’s Crouching Tiger, Hidden Dragon (2000). Here it’s used mainly for the safety of the actors, and for dramatic purposes to slow down and show off the killer moves more clearly. The wires also enable filming from ‘impossible’ angles and the effective use of mechanical effects and pyrotechnics. True the action is gravity defying, but on a mythic rather than supernatural level. 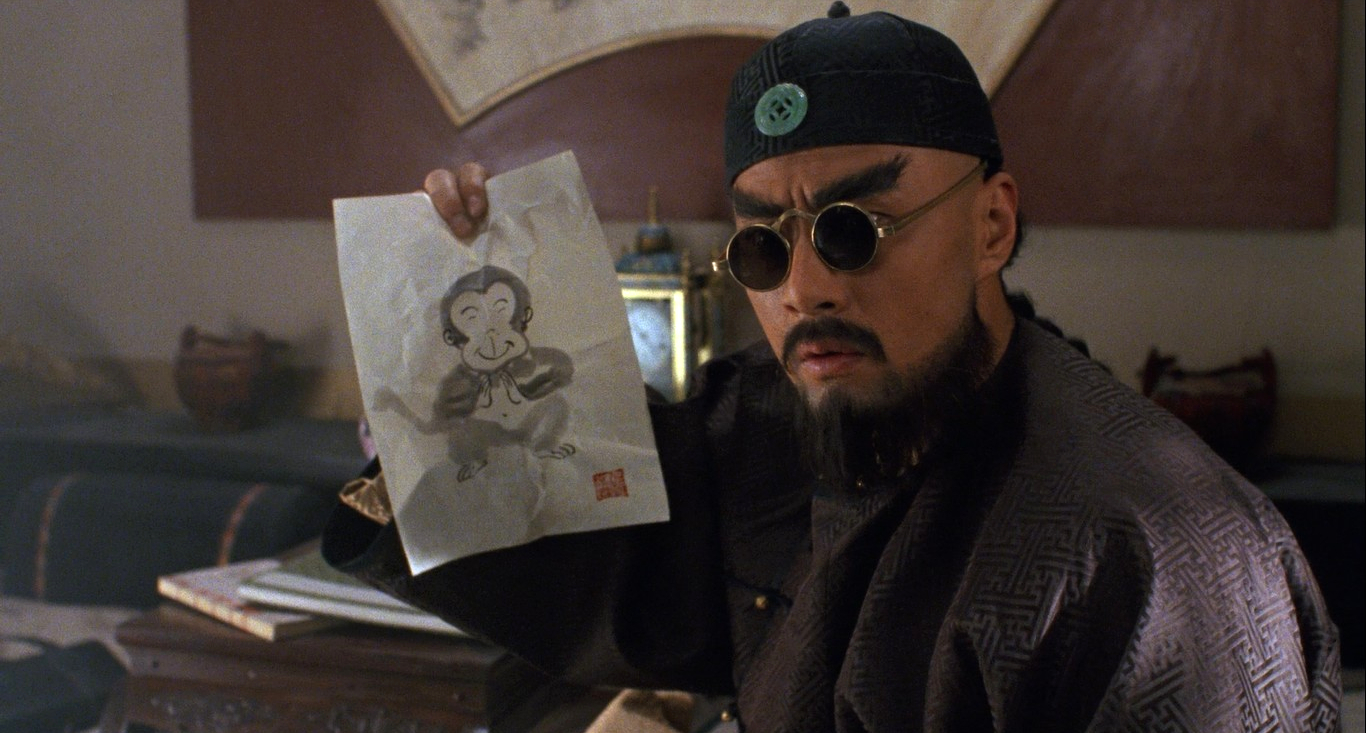 The first half of the film is fairly lighthearted. The fight scenes are impressive, but fun, more like watching Chinese acrobats tumble at the Peking Opera than life or death struggles. Some of the early sequences lampooning the corrupt bureaucrats border on slapstick, they even get a bit ‘Carry-On’. Which makes it all the more disconcerting and shocking when the mood changes and the violence shifts up a notch for the final act with the arrival of the truly evil Royal Inspector, Hin Hung (Shi-Kwan Yen). There hadn’t been much blood, for the most part, so now brace yourself for pretty intense violence, attempted rape, the whipping of a child, blink-and-miss decapitation, death by ball-bearing in eye-socket and (my favourite) death by cherry pit spat out with the speed and power of a bullet!

It seems Iron Monkey has it all. There’s a sense of humour. The action sequences deliver all you could want from a Hong Kong martial arts movie, down to the reciting of what Kung fu move they are about to employ—‘Fisherman’s Paddle’, ‘Shadowless Kick’, ‘King Kong Palm’… What marks it apart from the bulk of films of this ilk is its more tender side. The main narrative threads that tie it together concern the development of friendships, the bonds between father and son, master and disciple, the balance between platonic and romantic love. It even becomes a political fable about the co-dependent relationship of those in power and those who serve. There’s one particular scene that, though brief, tugs at the heart-strings, and it’s made all the more effective by the characters’ self-restraint in accordance with ‘wu-de’, the martial virtues. 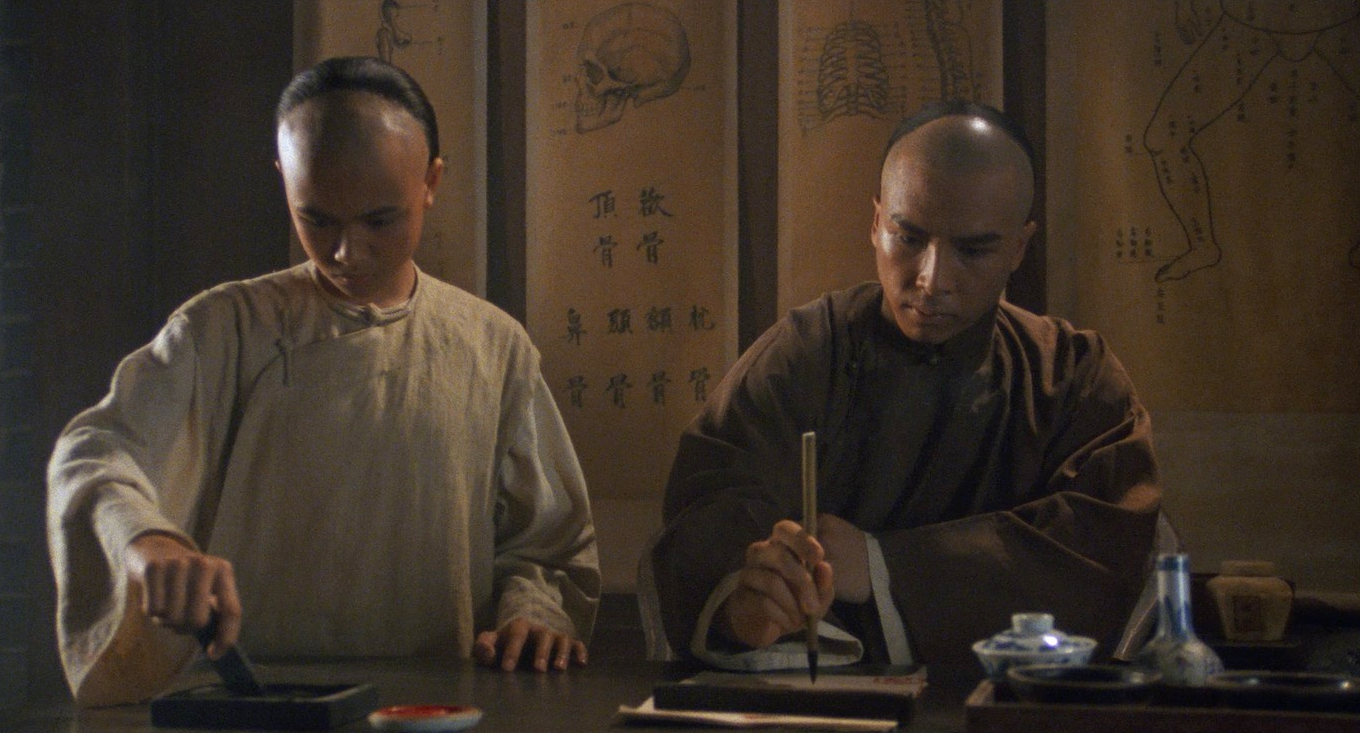 The story has a legendary feel and the performances are all fine, especially the main players who somehow manage to emote even during the fight scenes. It really is something for the Kung fu movie connoisseurs. So why did the film bomb at the Chinese box office?

It performed so poorly that the distributors (Golden Harvest / Gala) dropped any plans they had for an international release. Perhaps audiences were disappointed that it was not Once Upon a Time in China 4, but what they perceived as a tenuously linked prequel instead. Perhaps it was the delayed release due to Tsui Hark directing and inserting additional material himself, after initial production had wrapped. 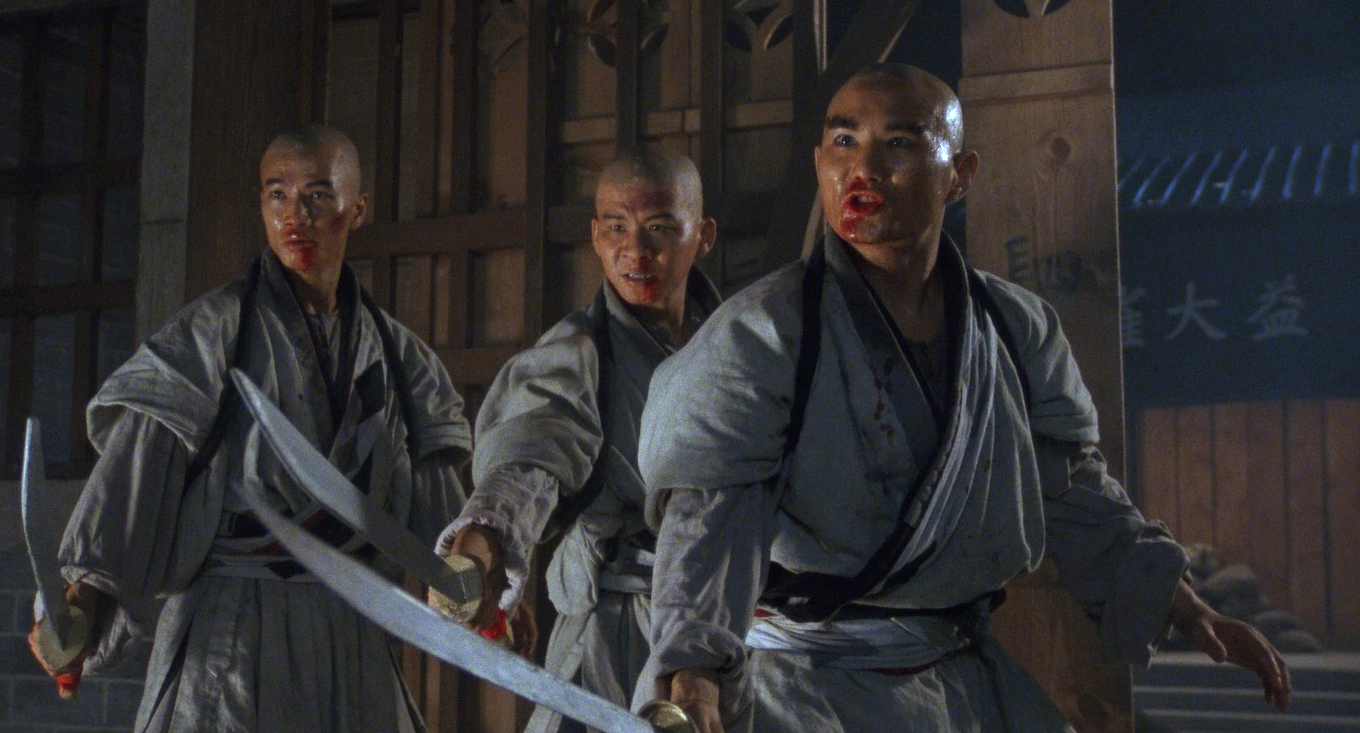 Tsui Hark might be the most influential Hong Kong producer-director to have resounding effects in the West. As a producer he’d been involved with two films that broke the international market for John Woo—A Better Tomorrow (1986) and The Killer (1989)—he’d worked with legendary director King Hu on The Swordsman (1990), and produced and lent a directorial hand for Dragon Inn (1992). He already had a cult following beyond Hong Kong, and among his fans was one Quentin Tarantino, who based his film Reservoir Dogs (1992) on A Better Tomorrow.

In 2001, Tarantino rescued Iron Monkey from box office oblivion and secured an international distribution deal with Miramax. They insisted on minor cuts and changes, toned down the violence of the last act, toned down the political content with the subtitle translation, trimmed what they thought was incongruous comedy elements, and changed the musical score. It was a huge hit and swiftly became the 11th highest-grossing foreign language film in the United States and still hangs on to the 14th position today.

Excuse me, I’m off to practice my Tai Chi… 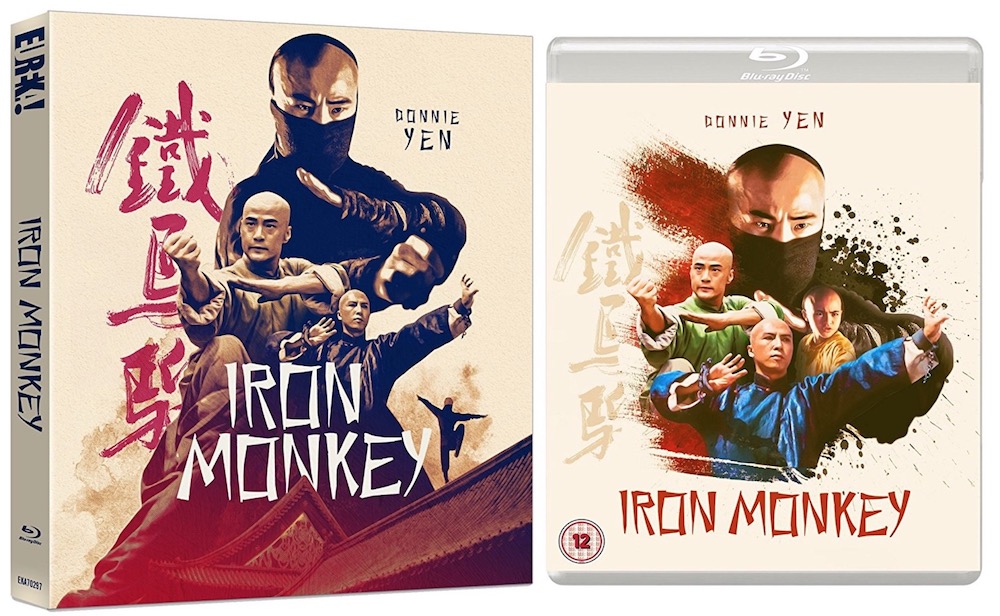