The L.A County Sheriff's Department try to stop the state's most successful bank robbery crew as they plan a seemingly impossible heist on the Federal Reserve Bank...

Christian Gudegast makes his directorial debut with heist movie Den of Thieves, having previously written A Man Apart (2003) and London Has Fallen (2016). The latter starred Gerard Butler, who headlines here as sheriff “Big Nick” O’Brien, leader of a maverick squad of L.A cops who specialise in catching bank robbers.

After the hijacking of an armoured truck ends in a shootout that kills a security guard, Nick and his team begin an unorthodox investigation that leads them to former marine Ray Merriman (Pablo Schreiber). After making contact with Merriman’s getaway driver, barman Donnie Wilson (O’Shea Jackson Jr.), Nick realises the thieves are plotting to steal $30 million in old banknotes due for shredding at the impregnable US Federal Reserve…

Den of Thieves is the kind of straight-to-video cops-n’-robbers malarkey one would rent in the early-1990s. But it’s surprisingly enjoyable despite being a pale imitation of better films. Gudegast undoubtedly modelled his script on Michael Mann’s Heat (1995), only the selling point of ‘De Niro vs. Pacino’ is downgraded to ‘Butler vs. Schreiber’. That didn’t get as many bums on seats. 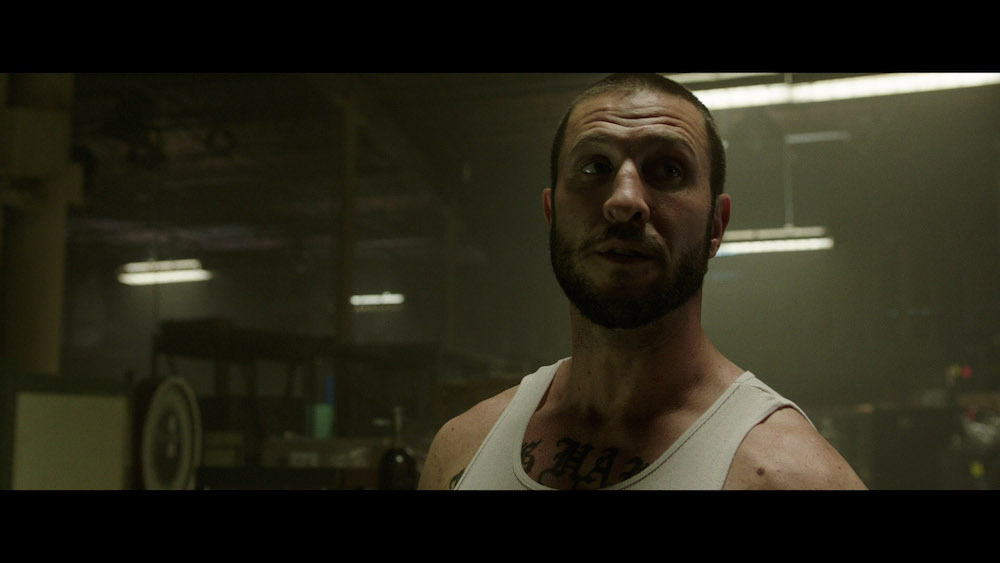 I don’t begrudge watching an efficiently made movie performing old tricks. It does a capable job thanks to above-average performances and a few twists and turns you don’t see coming. Or do, but enjoy the formula too much to care about genre predictability. There are enough entertaining moments to pull you through a shakier second half.

Butler’s a curious screen presence. The Scottish actor began with small roles in the likes of Tomorrow Never Dies (1997), then climbed his way up the Hollywood ladder to headline The Phantom of the Opera (2004), before his breakthrough as King Leonidas in Zack Snyder’s 300 (2007). He struggled to follow that macho role up with RocknRolla (2008), Gamer (2009), and Law Abiding Citizen (2009), until ‘Die Hard in the White House’ movie Olympus Has Fallen (2013) established him as a mid-tier action hero. So it makes sense he’d agree to star in Den of Thieves with its Heat-like pretensions. 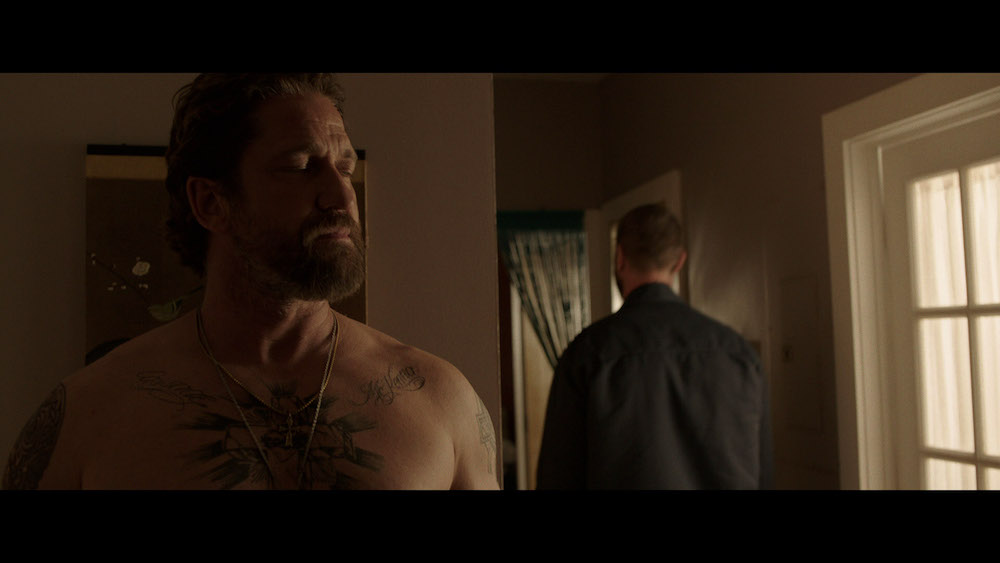 I’ve always found Butler a slightly comical actor, however. This served him well in the heightened comic-book world of 300, but I can never take him seriously because he always looks like he’s chewing stinging nettles. However, it’s fair to say “Big Nick” is one of his better performances of late, because he seems to be treating the material with a modicum of awareness it’s a pastiche.

Nick’s also an interesting character, in the sense I often found him more dislikable than the villain, particularly during cliched scenes of Nick going through a messy divorce and antagonising his wife’s new lover. Butler is handed a bag of cliches to juggle, it’s true - as Nick’s forever eating during scenes (reminding me of Brad Pitt’s character in Ocean’s 11), posturing in every scene to gain dominance of a room, and even engaging in angry shouting matches with a by-the-book colleague (who, inevitably, comes to realise Nick’s a good guy even if his methods are questionable). 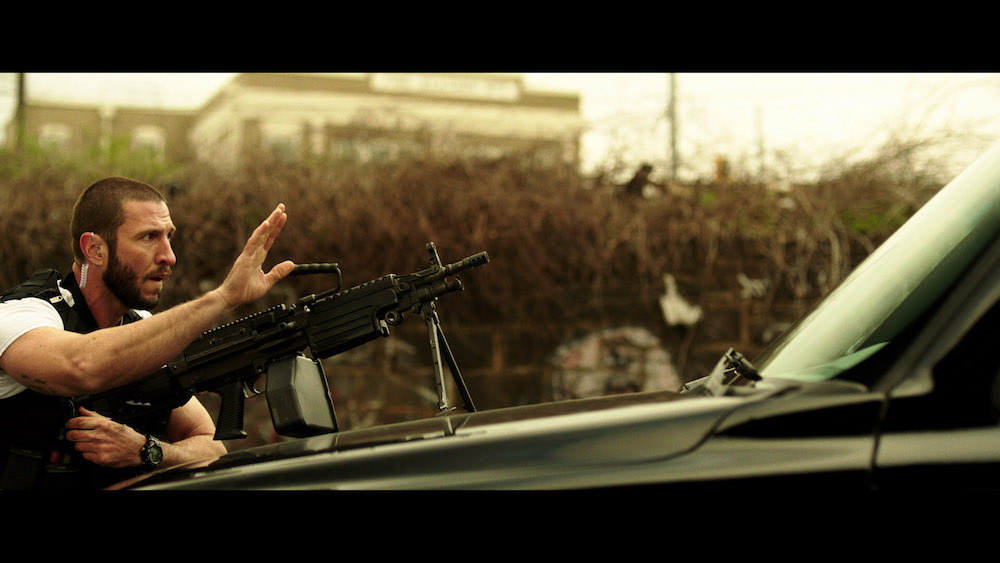 Or that was my reaction to “Big Nick”. It’s difficult to write anti-hero characters that don’t cross the line into just being bastards, but Den of Thieves just about makes him work. I quite liked how Nick didn’t have my sympathy and respect at every moment, even if that wasn’t intentional. It made you secretly hope for a twist where he’d be revealed as part of the robbers, to explain the kind of person he is - but that doesn’t happen.

There are some decent supporting players here, too. I really liked O’Shea Jackson Jr. (young Ice T in Straight Out of Compton) as an affable barman who becomes a criminal ‘wheelman’, then gets stuck in a dangerous middle-ground as an informant for Nick’s team. Curtis ’50 Cent’ Jackson is perhaps the most recognisable face in the movie (arguably more-so than Butler), and he acquits himself well in a role that requires very little speaking. Or rapping, thankfully. I can buy him as a bad-ass criminal, so he served his function well. Schreiber (who I mainly know as leprechaun Mad Sweeney in Starz’s American Gods) actually left a bigger impression than Butler, playing a familiar role of a good-guy-gone-bad. You start to hope he gets away with the heist, which again I’m not sure was intentional. 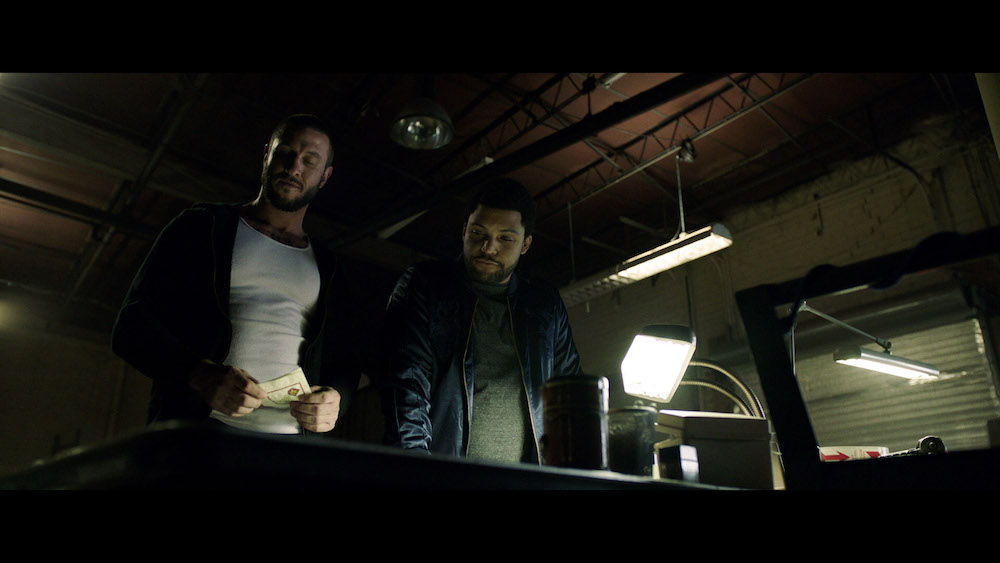 Den of Thieves isn’t a movie I can hate, because it’s only sin is its unoriginality. Heat is the primary template because its story follows a similar path, and the action sequences are redolent of what Mann did (especially with the gunplay), but there are many other touchstones along the way - from The Usual Suspects (1996), to flashes of FX’s The Shield in Nick’s the-end-justify-the-means attitude to policing. But I enjoyed watching something that was such an obvious ’90s throwback, lifting the best stuff from macho movies of that decade, when the tendency these days is to steal from the 1980s. It was no surprise to see that the story was also shaped by Paul Scheuring, who made another macho throwback in Fox’s Prison Break drama.

But this could definitely have been better, because after a surprisingly strong start the story sags as we head towards the first hour and never fully recovers. It doesn’t help that Nick does something very stupid in presenting himself to the villains and blowing the cover of his informant in the process, as it seems to happen purely because the story demanded a big shakeup and one wasn’t coming naturally. Den of Thieves only cost $30m and made $80m worldwide, so a sequel is being developed, and the ending certainly opens a door to a bigger story. 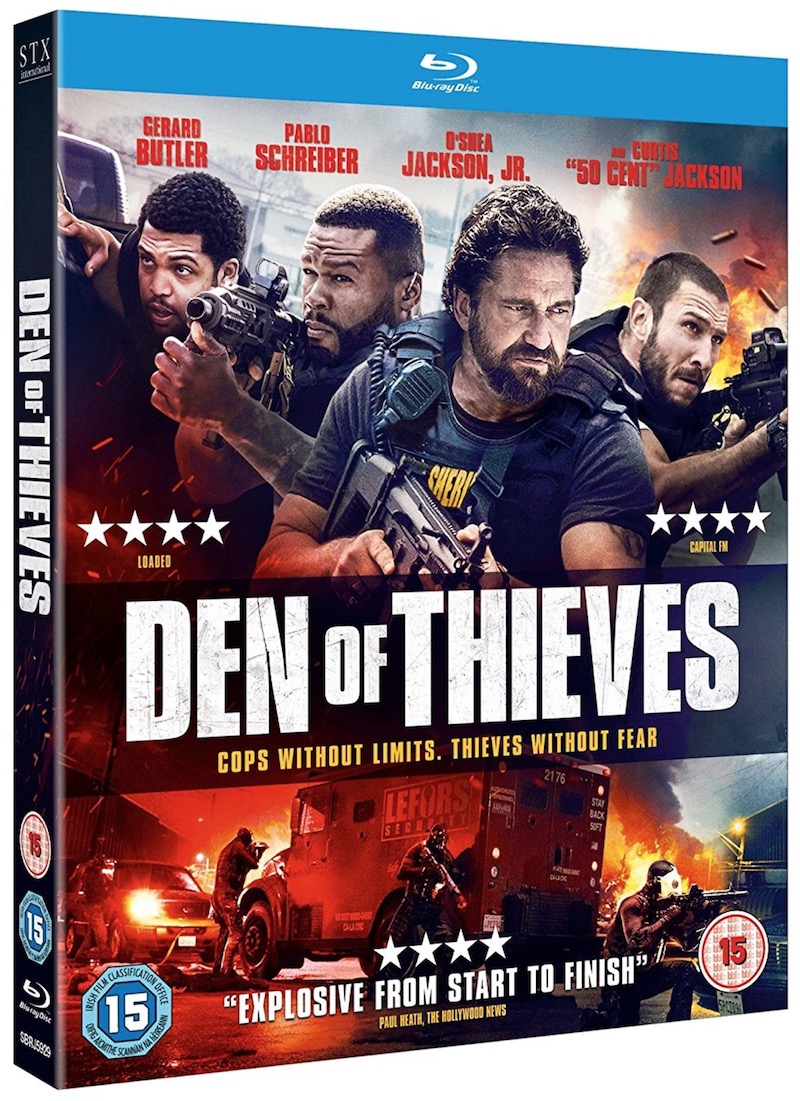 Den of Thieves was shot on the Arri Alexa XT Plus digital motion picture camera. The 1080p 2.39:1 image is taken from a 2K digital intermediate, with what appears to be artificial noise added to give it a more filmic look in post-production. Black levels are great and the clarity of the image generally very good, with no unforgivable shortcomings. The Theatrical cut of the movie runs at 2:20:28, while an Unrated version is a touch longer at 2:28:49.

The lossless DTS-HD Master Audio 5.1 mix is excellent, with a wonderful sound design that really puts you in the midst of the action during the various shootouts. Lots of bullet ricochets and aggressive effects that should make action fans smile. Cliff Martinez’s score also comes across very nicely.

Written By
Dan Owen
More from Dan Owen
What new movies and television shows are most deserving of your attention...
Read More