Amidst a territorial gang war in 1997, a deadly alien hunter stalks the criminal gangs of Los Angeles, and only a veteran LAPD cop can stop it...

It pales in comparison to John McTiernan’s sci-fi action classic Predator (1987), but there are some low-bar virtues to Stephen Hopkins’ trashy Predator 2. It’s a workmanlike ‘maverick cop’ movie, in terms of the histrionic plot and two-dimensional characters, elevated by the its boogieman happening to be an iconic alien huntsman designed by Stan Winston. It also benefits from retaining the services of sibling screenwriters Jim and John Thomas, who at least use their sequel to develop the mythology and the Predator’s arsenal of weapons. 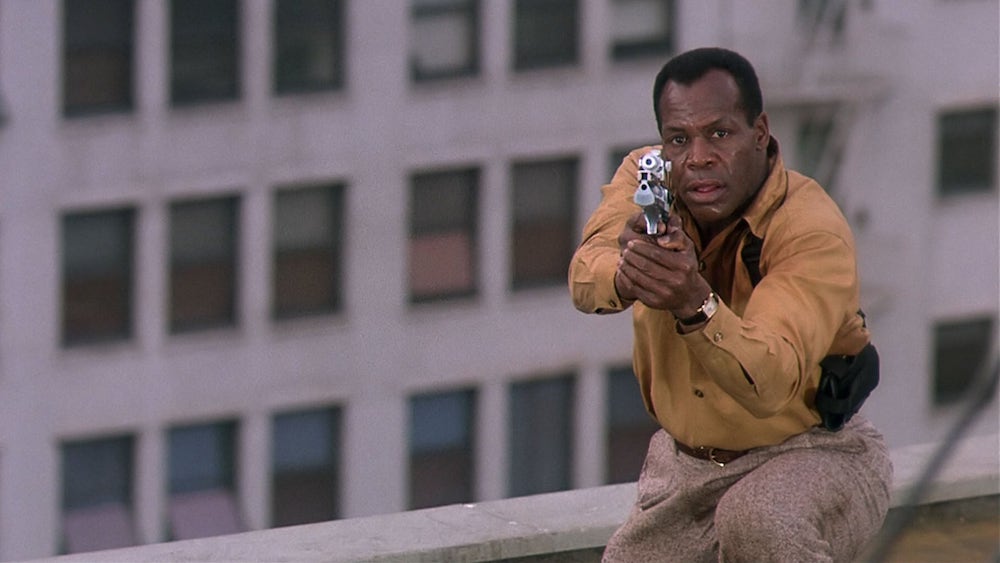 Who the hell’s in charge down here? The cops? Uh-uh! They’re outmanned, outgunned, and incompetent!

In the then-future of 1997 (where cops have “futuristic” guns and the fashion’s an ugly exaggeration of ’80s chic), a heatwave is exacerbating a Los Angeles turf war between the Colombian and Mexican drug cartels. The LAPD are having a hard time maintaining the peace, as daily shootouts endanger civilian lives, all captured on live ‘Hard Core’ cable news - a TV channel that seem to have based themselves on RoboCop’s satirical Media Break. Indeed, when I first watched this movie as a 12-year-old, it always reminded me of RoboCop 2 (1990), released the same year, as it’s a similarly overblown and stupider sequel to a genre classic.

Into this sweltering maelstrom comes detective Mike Harrigan (Danny Glover), who’s the kind of maverick the LAPD needs because his crazy antics get the job done. But there’s a new bad guy in town, drawn to the chaos of this violent urban jungle: a mysterious ‘predator’, targeting the warring gang members, including those belonging to notorious voodoo practitioner ‘King Willie’ (Calvin Lockhart). So while Harrigan and his colleagues—likeable “Danny Boy” (Ruben Blades), tough cookie Leona (Maria Conchita Alonso), and smart-mouthed transferee Jerry (Bill Paxton) - try to figure out who’s killing these gangsters, little do they know what they’re up against… 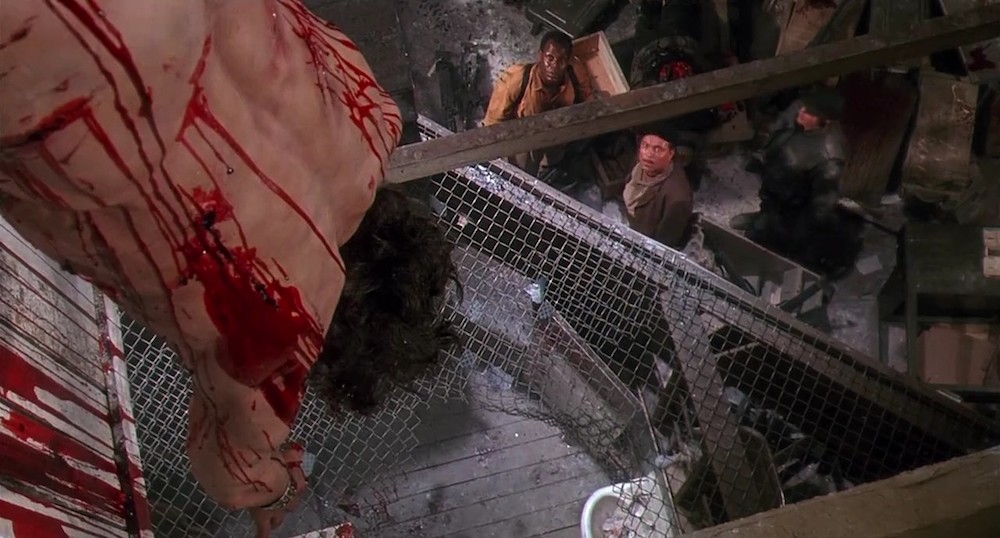 You can see the thinking behind Predator 2 every step of the way, but it’s a good sequel idea to bring the Predator into a more populous area, rather than visit another foreign jungle. And at least it makes sense due to the 109ºF heatwave, unlike Alien vs. Predator (2004), which took place in the freezing cold Arctic Circle! The writers also have fun creating memorable new weapons for the Predator to wield; such as a telescopic staff, a deployable net that tightens around its squirming prey, and a razor-edged frisbee that cuts through meat like butter.

We even get to see items from the Predator’s medical kit after it sustains injuries, and eventually the smokey interior of its spaceship. And the movie certainly doesn’t try to find a bigger audience by reducing the violence to a PG-13 level, as it was R rated in the US after cuts made to bring it down from NC-17. So there’s plenty of gore and gunshots, of a similar level to the original, albeit with nothing quite as iconic - although the shot of a decapitated head ‘screaming’ as the Predator walks away with it dangling from his clenched fist comes close.The US food and drug administration has approved the sale of a new drug which is so-called female https://viagragener.com despite the scepticism of the medical community. 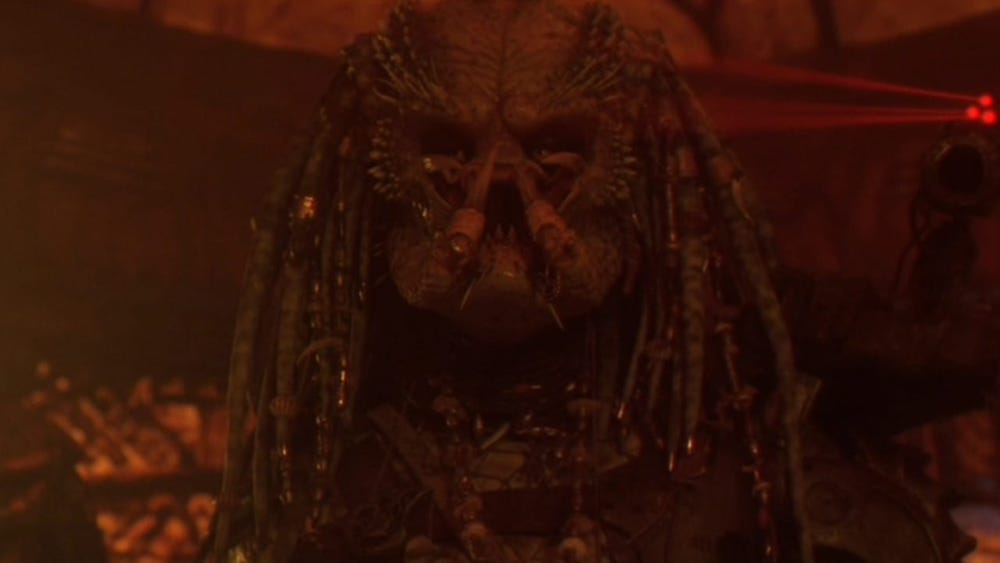 There’s a new king in the streets.

However, beyond the odd nifty idea and entertaining developments to the mythology, Predator 2 is devoid of all the things that made the original successful. Danny Glover is a better actor than Arnold Schwarzenegger, but he’s no Arnold Schwarzenegger, and his portrayal of Harrigan is like watching his Lethal Weapon (1987) character Murtaugh suffering a mental breakdown. Maybe it’s heat stress? Dressed in an unflattering mustard-yellow shirt, Harrigan careens through the movie like someone totally out of his depth, only managing to keep pace with the Predator thanks to extreme good luck.

Harrigan’s associates are all thin caricatures, particularly Maria Conchita Alonso (who’s written in the vein of Vasquez from Aliens), and Aliens’-own Bill Paxton (who’s playing a mix of Hudson from that movie and his later slimeball salesman from True Lies). While the mercenaries in Predator weren’t exactly deep and complex people, most of them had undeniable screen presence and you understood their relationships and camaraderie from the get-go. In Predator 2, the focus is quickly put on Harrigan as a lone combatant whom the Predator develops a weird fascination with after seeing him bring a street shootout back under control. So you just don’t care when any of the nondescript characters surrounding start getting taken out, one by one, which was a big part of Predator’s stealth slasher format. 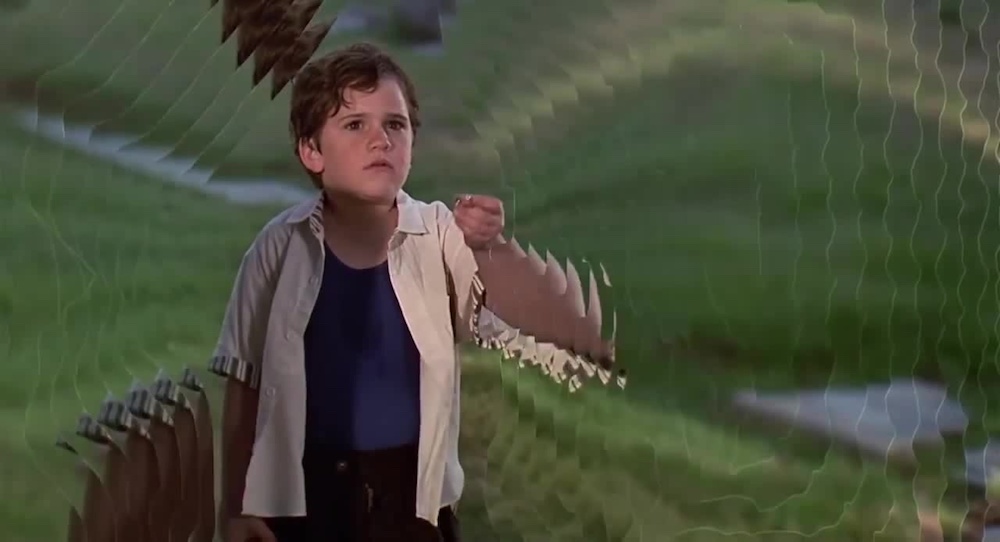 It’s easy to see why Predator 2 has become a cult favourite of undemanding sci-fi action fans. It at least feels like a “proper sequel” to the 1987 movie, as it was written by the same guys, produced around the same time (so keeps a similar ’80s macho flavour), retains the services of composer Alan Silvestri (although he basically recycles his own score), and more importantly has 7’2″ Kevin Peter Hall wearing the Predator costume and make-up. That might seem like a trivial matter, but every later Predator sequel or spin-off hasn’t felt right because Hall’s gait and mannerisms are surprisingly recognisable in the first two movies. Also known for playing the titular Bigfoot in Harry and the Hendersons (1987), Hall sadly died of HIV after a blood transfusion a year after this movie was released

Directed by British-Australian filmmaker Stephen Hopkins, coming off A Nightmare on Elm Street 5: The Dream Child (1989), this movie also lacks the same quality behind the camera that John McTiernan brought to proceedings. Of course, the disparity between the two directors is now evident, but at the time of their hiring McTiernan had only made Nomads (1986), so I guess 20th Century Fox just didn’t get lucky twice in a row. 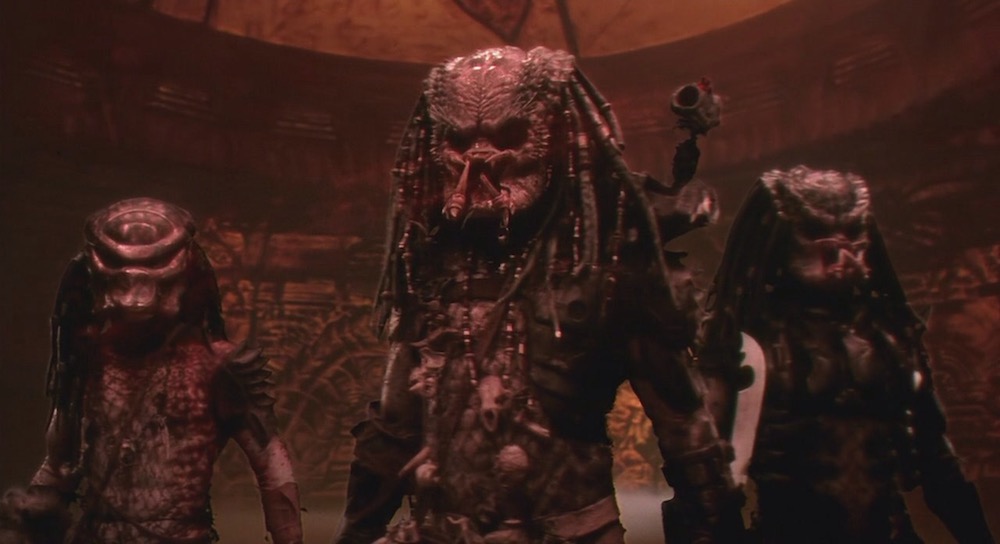 It’s taken us over two weeks to learn his patterns. He comes here every two days to feed. Seems he has a taste for beef.

Predator 2′s a less exciting and suspenseful film, shot almost like a TV Movie at times, but there are enough fun ideas and ludicrous moments to keep you watching. Fans will often quote lines like “shit happens” and “want some candy?”, or recall the fangasm shot of the Predator’s trophy cabinet containing a Xenomorph’s skull (triggering a 14-year wait for an Alien grudge match movie). Predator 2 certainly has its fair share of cool throwaway lines and moments, my favourite being the old woman’s encounter with a Predator in her bathroom as she’s watching Jeopardy! on television. “It’s all right, I’m a cop!” explains Harrigan in hot pursuit of the injured alien. “I don’t think he gives a shit” comes her deadpan response.

In the pantheon of disappointing follow-ups to ’80s favourites, Predator 2 sits alongside RoboCop 2, leagues below Aliens (1986), but significantly above Highlander II (1991). It doesn’t really have much to offer beyond the easy thrills of seeing the Predator jumping between buildings instead of trees, with new weapons to obliterate and flay mostly non-white men. Yes, there’s some very ugly racial stereotyping going on here with the gang culture, and lord knows what the Predator’s personal morality is. He won’t shoot a kid with a toy gun, or kill a pregnant woman, but he was going to commit suicide with a nuke that would wipe out thousands of innocent city-dwellers at one point.

Written By
Dan Owen
More from Dan Owen
While not as distasteful as “Babylon”, the finale of The X-Files’ so-called...
Read More