In 1988 director John McTiernan put a machine gun in Bruce Willis’s hand and locked him in the Nakatomi Plaza, creating Die Hard, a masterpiece of action cinema. But only the year before, he’d warmed up by sending a squad of elite soldiers into the hot South American jungle to fight an alien hunter. Now, in 2017, it’s a delight to see Park Circus celebrating Predator’s 30th anniversary by re-releasing this classic into UK cinemas. If, like me, you were lucky enough to have a family member who ignored the BBFC’s ‘18’ certification and let you watch it when you were a kid, you now have the chance to be as cool with your children…

The film starts like a hostage rescue mission. Major “Dutch” Schaefer (Arnold Schwarzenegger) and his team of black ops veterans are ordered by CIA supervisor Dillon (Carl Weathers) to reach an insurgent camp and free the officials who’ve been kidnapped. The job stinks from the get-go. Up to this point, Predator might just be about a group of guys screwed over by the government, in order to cover-up its dirty business, but when the squad break into the camp and annihilate any form of resistance with little effort, the film turns into something different. Predator twists from a war film and swaggering display of macho men quenching bloodlust, to a cat-and-mouse chase where the posse of elite combatants is hunted down by an enigmatic and superior extra-terrestrial predator (played by Kevin Peter Hall behind Stan Winston’s formidable creature make-up). 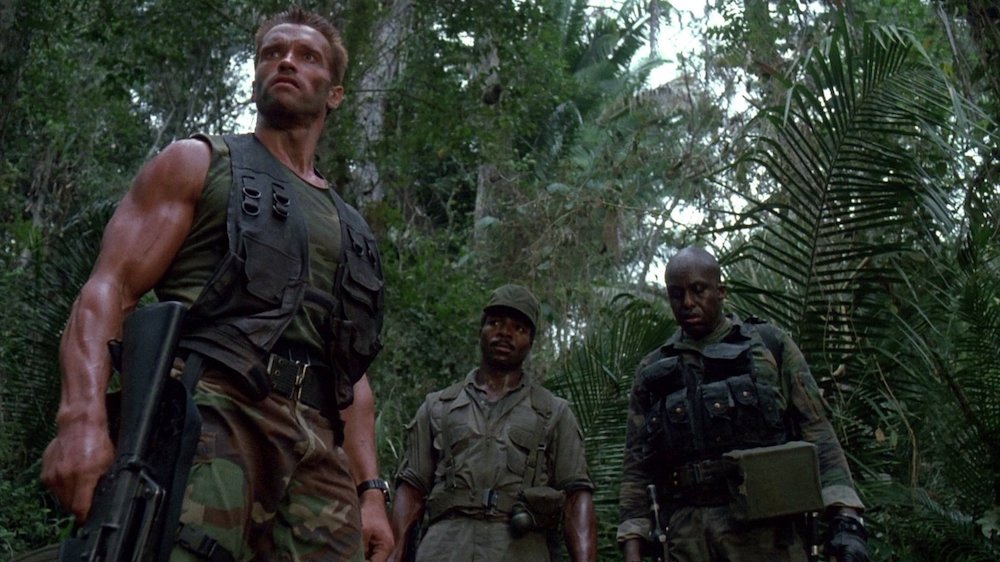 Predator came from an era when machismo and overflowing testosterone were the basic ingredients of most action movies, and certainly those starring superstar Schwarzenegger. Shot on location in Mexico and scored masterfully by Alan Silvestri, Predator is part science-fiction, part horror, but mostly a quintessential bad-ass action flick. Big guns and bigger muscles. Dutch and Dillon greet each other by clenching their fists into an impromptu arm wrestling match. When the soldiers finally think they have the Predator in sight, they all line up and waste thousands of rounds of ammo, in a epic scene of destruction that’s as glorious as it is futile.

Also part of the mix are cheesy one-liners delivered after every spectacular killing; the average performance is not exactly Oscar-worthy, and these moments give the vague impression of having been chosen by a worn-out director after hundreds of takes. I can definitely imagine McTiernan glumly shaking his head at the umpteenth “stick around!” shouted by Arnie after impaling a man to a tree with his machete. But it’s all part of what makes the film so entertaining, an oxymoronic feeling many have tried to replicate without success. Even the Expendable movies, helmed by Schwarzenegger’s ’80s rival Sylvester Stallone, had a hard time recreating it. 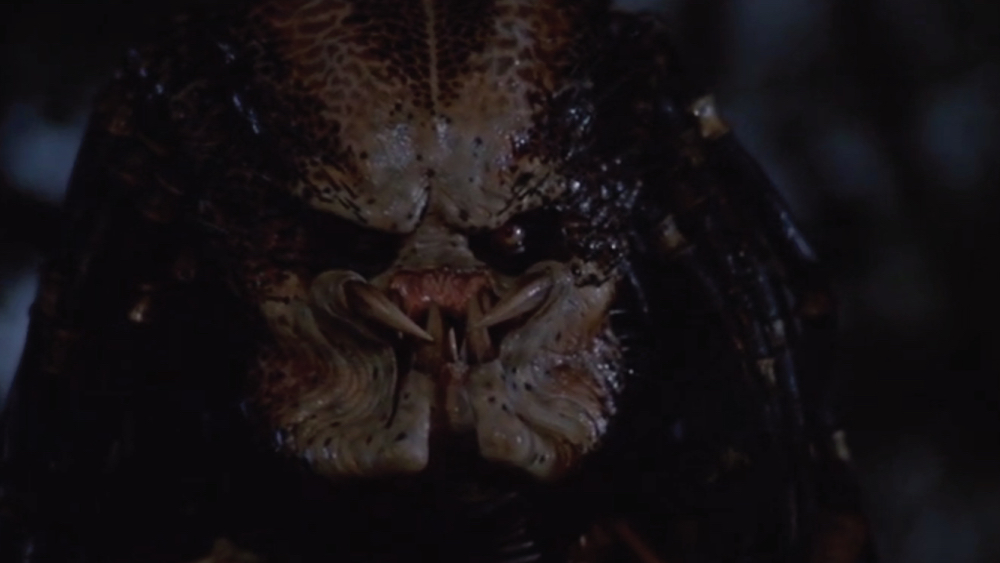 Being more accustomed to witty Tony Stark-like dialogues, state-of-the-art computer graphics over hectares of greenscreen, and handsome actors with at least a basic dramatic background, today’s teenagers may find it tricky to adjust to Predator at first. The sweaty, grunting, tobacco-chewing gang of mercenaries dropped into the middle of a tropical jungle are hunted by an alien whose technology now looks older than a Game Boy. And that’s because it is. The alien’s thermal vision, camouflage, and laser cannon are just as anachronistic as the display of alpha male bravado, but the twist in the plot and the breakneck pace are just too perfect, and once you join the explosive ride you can’t get off until the end.

Nostalgia isn’t the only reason to go back to the cinema to enjoy Predator — although it’s more than justified. Despite its two sequels not receiving much love, not to mention two ill-advised crossovers with the Alien franchise, a new instalment is scheduled for 2018. The Predator is being helmed by writer-director Shane Black — who made Iron Man 3, The Nice Guys, and wrote Lethal Weapon — but once upon a time he also played Rick, one of Dutch’s soldiers in this original. It’s the perfect time to refresh your memory of this ’80s action classic, if only to appreciate how action cinema’s changed over the years.