At this early stage of AMC’s adaptation of Preacher, it’s all about trying to get a handle on what the show’s about. Even as a reader of the comic books, this is clearly doing something different with the material, so it’s not easy to predict what’s going to happen—or even if the comic’s concerns and goal is something a TV show wants to tackle, or can hope to bring to life because of concerns with logistics and finances. Having watched the second episode, “See”, it’s becoming clear that Preacher has characters you recognise from the books, a few others that are new creations designed to create a more cohesive and realistic small-town community, and very little happening is echoed in the source material. Well, beyond the broad strokes of Jesse Custer (Dominic Cooper) realising he’s gained the ability to impose his will on others, and an opening flashback to 1881 that sets up the arrival of fan-favourite villain the Saint of Killers (Graham McTavish). 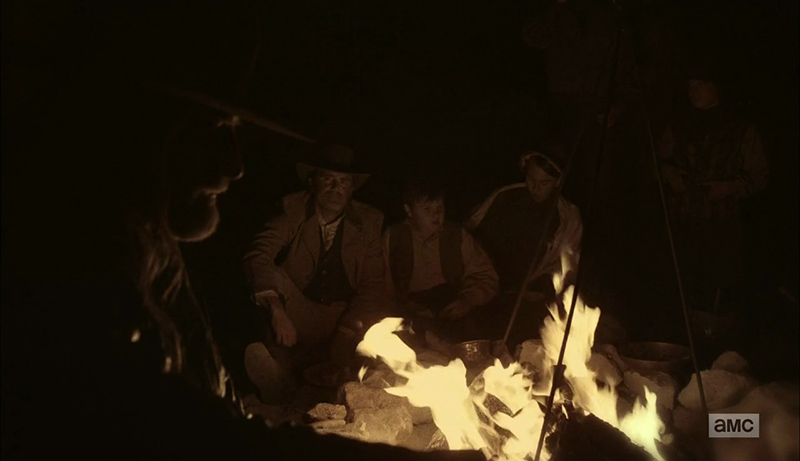 Am I ready to just accept these changes and go with it? Of course. I’m secure in the knowledge everyone behind this show is a fan of the comics, so they clearly have a plan to expand the universe, make it feel more credible, and not scare away casual viewers with all the nasty freakishness the comic jumps into almost immediately. It still has moments of weirdness and darkly comic violence, like Cassidy (Joe Gilgun) slaughtering the mysterious Fiore (Tom Brooke) and DeBlanc (Anatol Yusef), who arrived at Jesse’s church to seemingly extract the entity that’s taken up residence inside his mind—um, first with a coffee can and a cheerful song, then with a Plan B involving a chain saw.

I can’t help wondering what newcomers are making of Preacher right now. There’s a certain expectation on anything from AMC, the home of Breaking Bad, and this show shares a similar tone because it also takes place in a community surrounded by a sweltering desert. But this show is obviously a lot more exaggerated and crazy, bringing to mind HBO’s True Blood in some ways. There are worse touchstones for a show to have, but with no clear idea what the show is truly about yet, I hope things snap into focus soon. As someone who already knows this world and its characters, I’m intrigued by how their choosing to adapt things, but I’m also aware of where it all might be headed. So there’s more than enough to make me commit to it from the get-go, but will someone unaware of what Preacher is? Right now, there’s a Preacher who’s, well, ‘breaking bad’, an Irish vampire to deliver gruesome carnage, a bad-ass called Tulip (Ruth Negga) who presently seems shoehorned into the narrative, some poor guy with an ‘arsehole for a face’ who needs subtitles, and a lot of slightly confusing details embroidered around the edges. Lord knows what people made of the opening scene set in the Old West, which almost felt like an assurance to fans that we’ll be getting around to that memorable character in due course. Thing is, I think fans are in for the long haul anyway—so best to concentrate on making this resonate for non-fans. 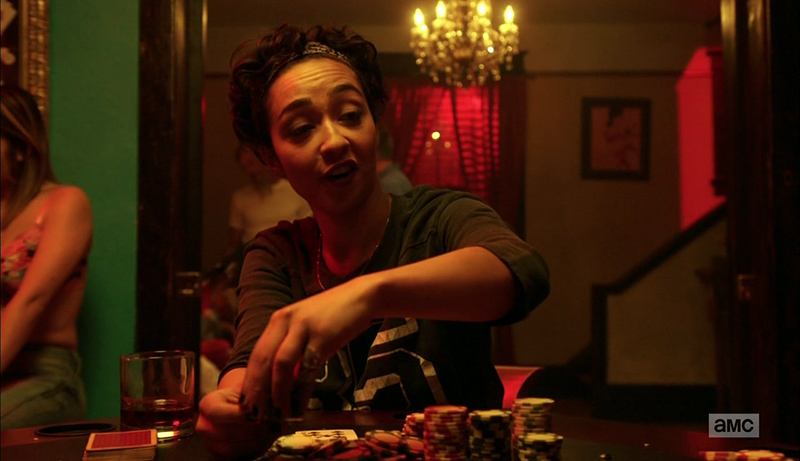 “See” mostly concerned Jesse’s attempt to make sense of the paranormal event that happened to him, which he’s rationalised was a sign from God to be a good preacher. So we see him baptising people, visiting the sick (including a little girl in a coma with a concave skull injury), hearing the confession of a paedophile called Linus who drives the town’s school bus, and generally trying to live up to his profession. A dull life that Cassidy’s trying to draw him away from, and ditto his ex-girlfriend Tulip — who just wants the real Jesse Custer to come out to play, so they can have lots of criminal adventures together. And, ultimately, Jesse realises it’s not in his nature to be truly good, and maybe being true to himself is exactly what God wants. Having begun to notice that people (and dogs) are tending to do precisely what he says now, the episode ended with Jesse erasing the memories of the aforementioned paedophile (after dunking him in hot bath water) and commanding the comatose girl open her eyes. I suspect he’ll come to regret the latter, as there’s a reason people are in comas—reviving them isn’t a great idea and could make things worse.

It’s only week two, but “See” has already started to make me accept the differences baked into this live-action adaptation (i.e. keeping everything contained in Annville, and Jesse only slowly discovering his new powers), and I do appreciate some of the changes designed to spread the story out a little. But there are some potential problems, too, because it already feels like Tulip’s a character who shouldn’t be cooped up in a tiny Texan town for longer than a few episodes. It makes sense that Cassidy’s just glad of a place to hide, particularly during the day, and there were excellent moments when you could feel the friendship he has with Jesse starting to take hold. But Tulip? Causing a bit of mayhem around town, playing cards with deadbeats, and ‘roleplaying’ with Jesse in an attempt to reawaken the ‘bad boy’ within might get a bit repetitive. 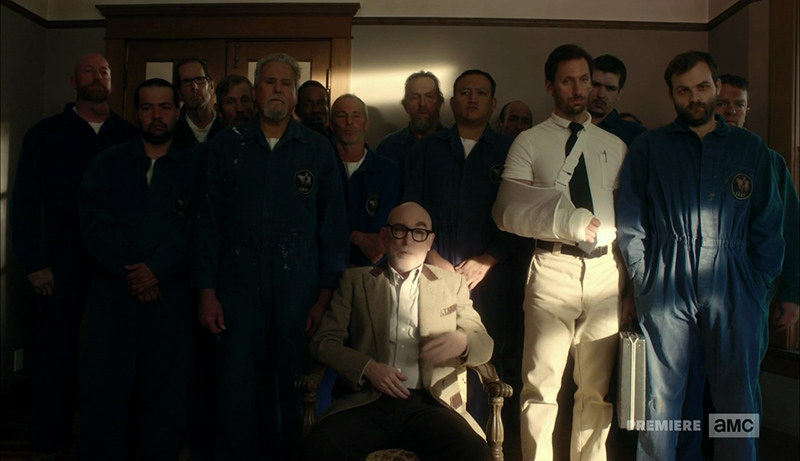