Katharine Hepburn is, without question, one of the biggest names to ever grace the silver screen. With a career launching in the late 1920s, Hepburn managed to survive in a cutthroat industry, reinventing herself when necessary and lasting well into the 1990s. And yet, there were years where she struggled and could have easily given up. A number of flops early on in her career almost derailed her ambitions, but giving up was never Hepburn’s style…

In fact, Criterion’s latest release The Philadelphia Story was a movie that saved Katharine Hepburn’s career. It was a passion project for her, so she took control of her own destiny and put everything she had behind it. And she was vindicated. The role of Tracy Lord was made for her, not to mention influenced by her, and with MGM on her side she translated a successful play into an iconic story for the cinema. Acting alongside two male legend, James Stewart and Cary Grant, it revitalised her career by garnering her critical acclaim, and set her down a path that cemented her place as one of the all-time greats. 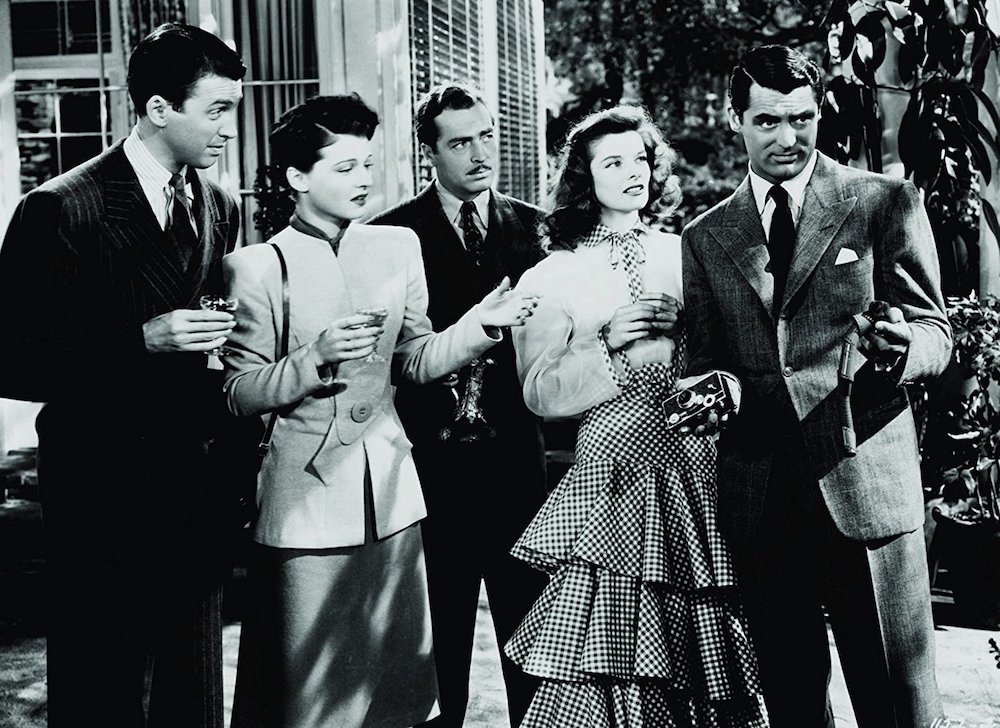 As fascinating as the backstory to The Philadelphia Story is, the movie itself is just as captivating. Philip Barry’s writing is sharp, witty, and allows Hepburn to dominate scenes with her star-power and winning personality. The role of Lord may feel very ‘Hepburn-esque’, but there are certainly parts that lean more towards the influence of real-life Philly socialite Helen Hope Montgomery Scott. Whoever the inspiration, Lord is an utterly compelling character, perfect to focus a story around, and gives Barry and fellow screenwriter Donald Ogden Stewart their career highlights. You can just imagine how much fun writing the character must have been.

The Philadelphia Story follows Lord as she tries to plan a wedding to George Kittredge (John Howard). This isn’t her first time, however, having previously married C.K. Dexter Haven (Cary Grant), but while her ex lived in the same social circles he reached the standards she expected from a spouse. Dexter was a troubled man, so the marriage failed and Lord moved on to find a more solid relationship. Not an easy or popular decision in the 1930s and ’40s, but nonetheless Lord is a stubborn lady who knows what she wants. Hepburn delivers the tenacity and grace of a character we can relate to on an emotional level, despite the high-society background the story’s set around. Ogden Stewart’s script manages to balance both a lifestyle many find intriguing with characters who aren’t too far out of reach for the common man. 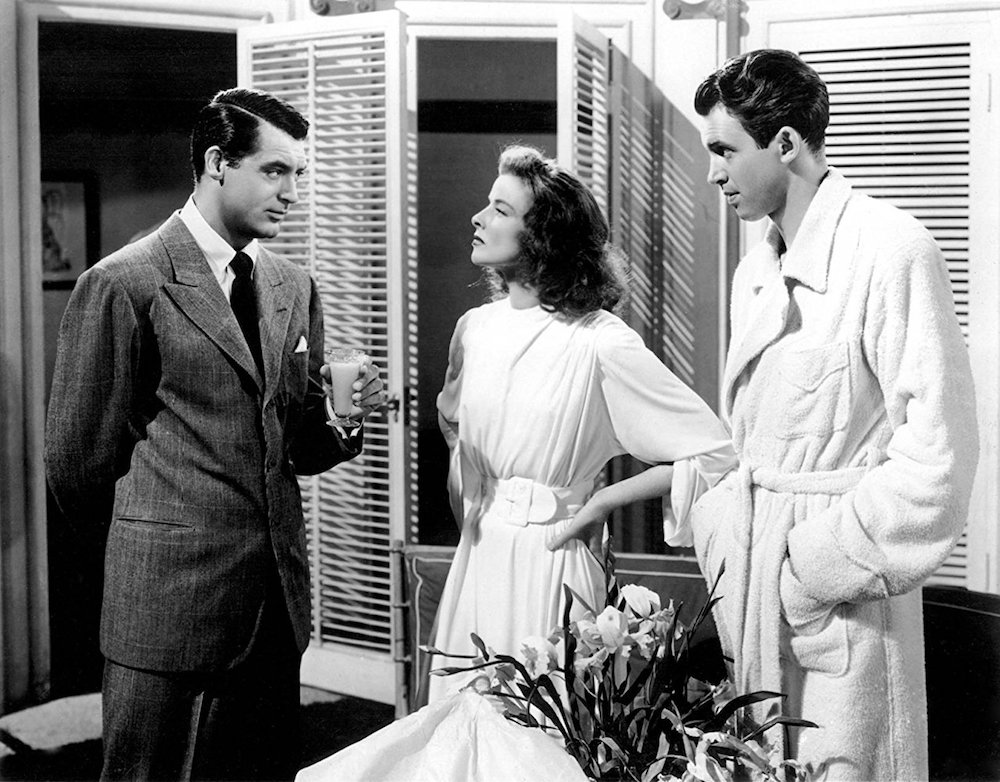 James Stewart’s role is that of Mike, a magazine reporter sent to cover the Lord/Kittredge wedding. His dubious ties to Tracy’s ex-husband give him a difficult start in her presence, but The Philadelphia Story is a complex yet comedic tale of three very different men all eager to please her. Beyond their desires, however, is a strongly independent woman who’s finding her place in the world. Dexter may be popular with her family, but Lord is moving past pleasing her well-to-do relatives and looking more towards her own future. It’s a romantic comedy from a completely different era, driven purely by plot, with no ridiculous set-pieces or anything like that. This is all about Tracy Lord and her romantic development as someone changing for the better.

In fact, it would be easy for a ‘Tracy Lord-type’ to be completely snobbish and someone to dislike. After all, she runs in different circles and often sees herself above many others, but Hepburn manages to make her relatable and actually quite humorous and likeable throughout. The chemistry she shares with both Grant and Stewart pushes the story from great to exceptional, as they battle back-and-forth and you can’t wait to see who she ends up with. The direction from George Cukor manages to keep The Philadelphia Story a fun frolic throughout, never losing its way. It’s no wonder he received a Best Director nomination at the Academy Awards along with five others for the movie.

While James Stewart may have won the Academy Award, it does feel as if The Philadelphia Story is Katharine Hepburn’s tale to tell. Knowing the time, effort, and desire she put into proving her critics wrong, you can’t help but admire the strength and resilience she displayed to get this film off the ground and forge that venerable career. Luckily, Criterion recognises exactly the same qualities in the leading lady and the film itself as this new Blu-ray release shows. With a brand new restoration and in-depth special features, The Philadelphia Story has never looked better and its legacy deservedly lives on. 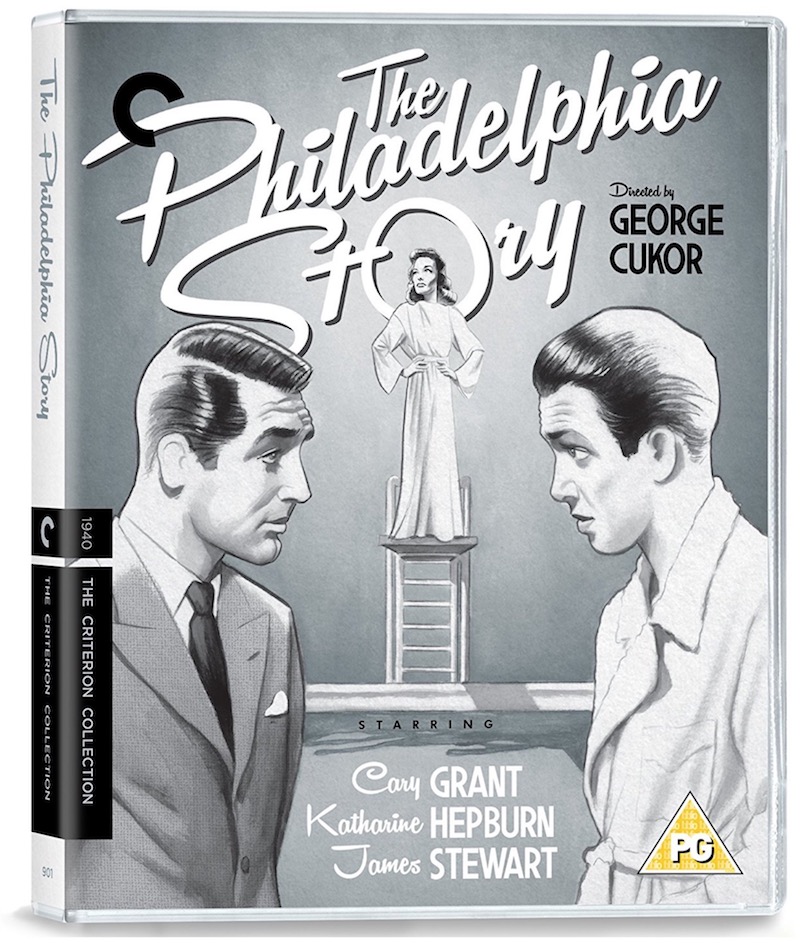