One of the most intriguing things about Stanley Kubrick’s Paths of Glory (1957) is that it’s a film with a hero who’s never heroic. Kirk Douglas plays said hero; Colonel Dax of the French army during the First World War. Immediately, his character is set apart from the callous nature of his superiors, who talk about the lives and deaths as soldiers like they were cattle rather than people. With films like The Indian Fighter (1955) and Lust for Life (1956) just behind him, as well as Last Train from Gun Hill (1959) and Lonely Are the Brave (1962) following it, this film arrives right in the middle of Douglas’s greatest run of roles.

Colonel Dax is a decent man in a bad situation. He’s even brave enough to quote Samuel Johnson (“patriotism is the last refuge of the scoundrel”) to General Mireau. The General has agreed to push forward with the taking of Anthill from the German opposition; despite knowing it’s a suicidal mission. Mireau’s career will be advanced if he succeeds, so even the predicted deaths of 60% of his regiment is not enough to sway his certainty. Kubrick goes to lengths to make clear that even Mireau doesn’t want to go ahead with the mission at first, however. And when he does decide to accept the mission, an utter self-delusion, as opposed to straightforward self-interest, seems to be guiding him. The necessity of delusional thinking is a major theme here; Kubrick questions whether you can wage a war without deluding yourself at almost every turn. 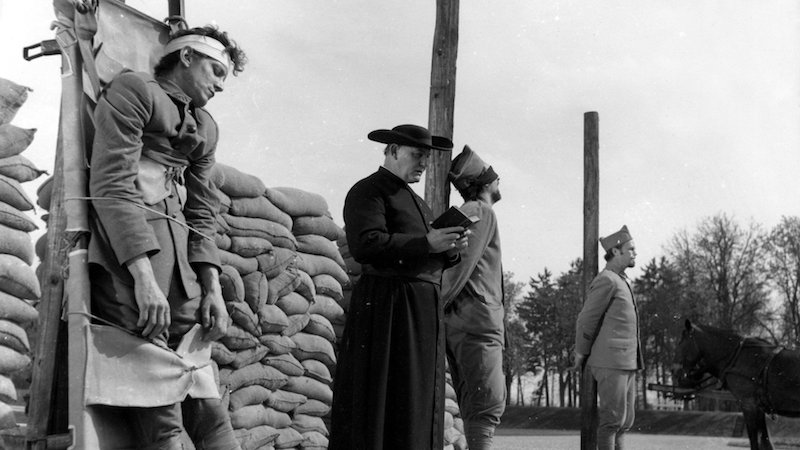 Inevitably, the mission, led by Colonel Dax who takes his men over the top, ends in utter disaster. Dax was as opposed to the mission as Mireau initially was. Yet even he, our main protagonist, goes ahead and puts his doubts aside in the name of the cause. What else could he do? Douglas plays Dax in way that perfectly and precisely captures the conflicted situation the character is in. He doesn’t believe in what he’s doing, yet he’ll furiously and passionately insist his men do it once the decision has been made. It’s the first example of our hero’s redundancy. His principles only cause him problems. And if he could dispense of them as easily as Mireau did, maybe his life would be a little easier. 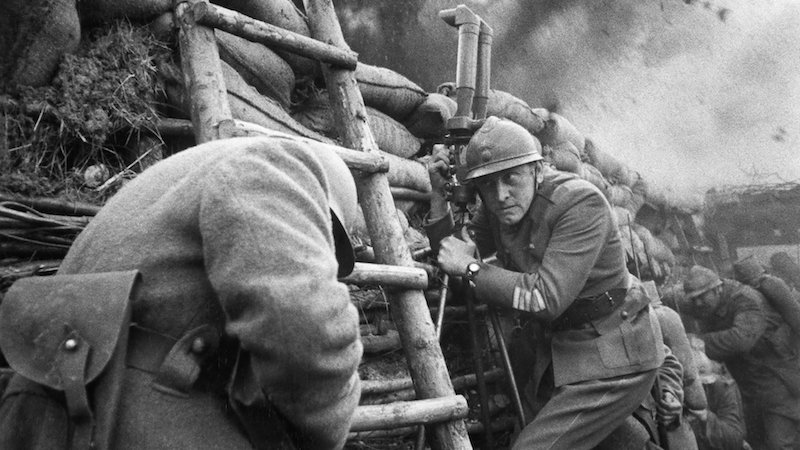 In the aftermath of the mission’s failure, scapegoats are chosen at random. Three men are picked out for charges of cowardice, a crime punishable by death. Someone has to be blamed, and it’s not going to be Mireau. Dax’s job before the war was as a lawyer, and he puts himself forward to defend the men in front of a military jury. At this point, the bureaucratic villainy of the French army is laid bare and the film turns its focus on the internal war within the army. The callous disregard with which officers and generals treat their men dwarfs even the violence meted out on the front line. In the trenches, we see explosions and hear gunfire, but the German enemy is never seen or given a face. The real conflict is between those men who are little more than cannon fodder and the upperclass hierarchy sending them to their deaths. 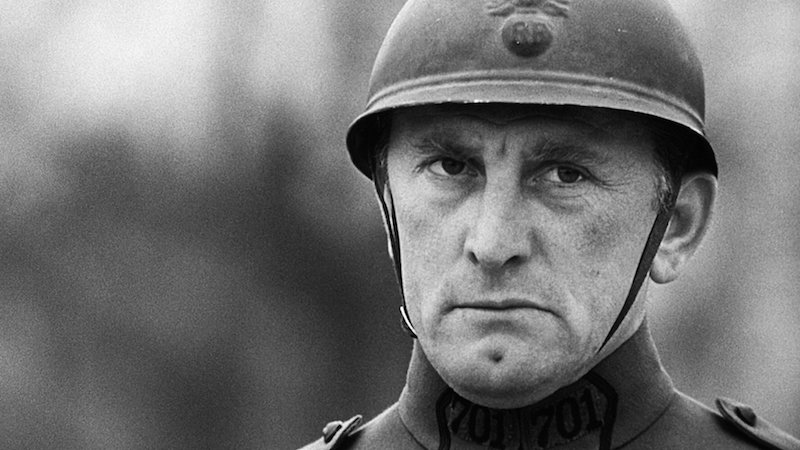 Kubrick doesn’t turn the film into a lecture or reduce it to a message when the focus switches to matters of guilt, justice and fairness. The war dehumanises all. Even General Mireau and his superior General Broulard, the men who oversaw and ordered the mission, are not monsters or cartoon villains. Rather, they’re doing what would be reasonably expected of them. The director asks if there is any way of sending thousands of men to their certain deaths without becoming callous and acting as these men do.

Nevertheless, the very idea of executing men for failing at a task that everyone knew was impossible to begin with is undoubtedly shocking. Despite this kind of thing being commonplace in both the British and French ranks during WWI, its accusatory condemnation led to the film being banned in France and Switzerland for roughly two decades. The court case is a sham, and there is no doubt about what the jury’s verdict will be. In that regard, it’s not a conventional courtroom duel. Dax becomes a Kafkaesque figure battling against the unremitting and increasingly absurd surety of the jury and larger military bureaucracy.

Every effort to avoid the executions sees Dax run into a wall. The film flirts with conventional narrative ideas only to give the audience hope that the men will be rescued at the last minute, that Dax will come good for them as they expect. It doesn’t happen, and the sheer futility of any efforts to stop the mechanics of war is where the film’s emphasis finally lies. 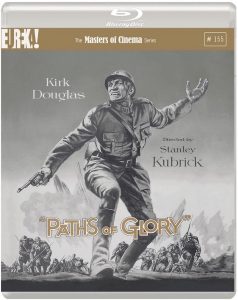