Bridget Jones is back with a bouncing bundle of joy. This funny, warm, light-hearted, and sometimes emotional romantic comedy, is sure to be the biggest hit of the autumn. Unusually, the original cast all feature in this second sequel to Bridget Jones’s Diary, which automatically adds to the appeal of seeing Bridget and friends back on the big screen. The title, Bridget Jones’s Baby, subtly acknowledges the target demographic for Bridget Jones is now older, and younger audiences may not have even seen the first two instalments, but that doesn’t detract from this movie’s sweet charm.

Bridget Jones (Renée Zellweger) is just as perfect at playing Bridget as she was in the previous movies. Yes, she’s older, but aren’t we all? From the off, it feels like we’ve already been on a journey with Bridget, with mentions of her ten-year relationship with Mark Darcy (Colin Firth), and an early mention of Daniel Cleaver (Hugh Grant). Plus, of course, Bridget now writes her famous diary on an iPad.

Director Sharon Maguire (returning from the original), and Bridget’s creator Helen Fielding, together with co-writers Dan Mazer and Emma Thompson, manage to strike the perfect balance between what made Bridget Jones so popular before and ensuring Baby’s new concept avoids having nostalgia cloud events. 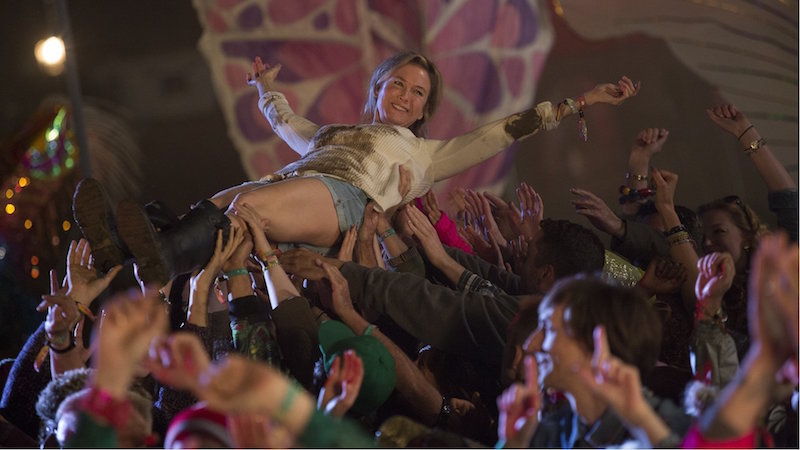 Bridget Jones’s Baby is very different to the 2013 book sequel, About the Boy, and is instead largely based on Helen Fielding’s columns in The Independent (although it’s The Guardian who that grab a cameo at the end). I’m in two minds here, because I think the plot of the book (a widowed Bridget with her life spiraling out of control) would have made for a very good film, but it’s true a door is left open to explore that darker story in a fourth movie. That said, the decision to do a wackier ‘who’s the daddy?’ plot makes for more frothier, more enjoyable viewing experience.

Hugh Grant was vocal about his unwillingness to appear in a third Bridget Jones, due to his quibbles over the script, and this is probably why he finds himself written out very harshly. In his place comes Grey’s Anatomy hunk Patrick Dempsey as Jack Qwant, taking to a similar role like a duck to water. He bounces off the emotionally stunted Mark Darcy very well, as they both compete to become Bridget’s star companion after coming to believe either of them could be the father of her unborn child. 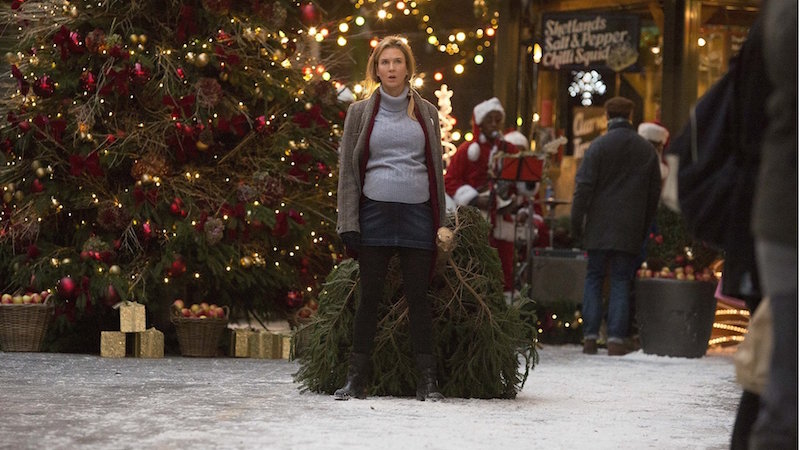 While the comedy is plentiful from this core trio, they aren’t the only source of fun. Co-writer Emma Thompson appears as an amused yet straight-faced gynecologist, Dr. Rawlings, who takes a dim view of Bridget’s ‘I’m-not-sure-who-the-dad-is’ predicament, but reassures our heroine she can do this alone. That scene in the movie’s most heart-warming and emotional moment. Forget your declarations of love, reassuring a pregnant woman that being a single mum’s no bad thing? That’s the film’s heart right there.

Sarah Solemani (Him & Her) also makes a good impression as news anchor Miranda, bringing beauty and good humour to a story about Bridget destroying her TV career. One of the strongest scenes comes early on when Miranda’s interviewing a guest on the death of a dictator, only to be fed a bunch of niceties by Bridget who’s taking a personal call following the death of a friend.

There are moments of classic Bridget Jones here, even in the opening seconds of the film where we meet Bridget sitting alone on her sofa, celebrating her 43rd birthday, backed by Celine Dion’s “All By Myself”. But if you think this film is going to be Bridget weeping over a midlife crisis, think again. Bridget Jones’s Baby manages to fill a void in the market for movies with strong women who make their own choices in life. And there’s still something about Bridget to marvel at, 26 years after she was created. Whether it’s her silly clumsiness, cracking wit, or sheer grit and determination, every female viewer can relate to her. And that’s why these movies continue to strike a chord. At some point in our lives, we’re all Bridget Jones.