Filmmakers Henry Joost and Ariel Schulman got their Hollywood break with 2010’s Catfish, the popular documentary about the perils of surfing the web and looking for relationships, only to get caught up in deception and lies. The film became a cult hit, adapted into a reality series for MTV in 2012, while Joost and Schulman moved on to direct the third and fourth Paranormal Activity movies.

Now, the duo return to explore the dark side of the internet with teen cyber-thriller Nerve, adapted by Jessica Sharzer from Jeanne Ryan’s novel of the same name. The result is commendable, subverting expectations of yet another average teen thriller doomed to drift through the summer blockbuster season unnoticed. Slick Hollywood production values aside, Nerve is the first mainstream teen movie in quite a while whose portrait of today’s youth is as relevant as it is accurate.

Hidden amongst the tropes of a suspense thriller, the film tells a poignant story about the kind of society we live in and the way it originates early on during our formative years. It’s a coming-of-age high school tale of popularity contests, tested friendships, and moral dilemmas shaping up our future selves. And it achieves all that by setting the story against the controversial backdrop of the World Wide Web and the extent to which it’s enslaved our lives. 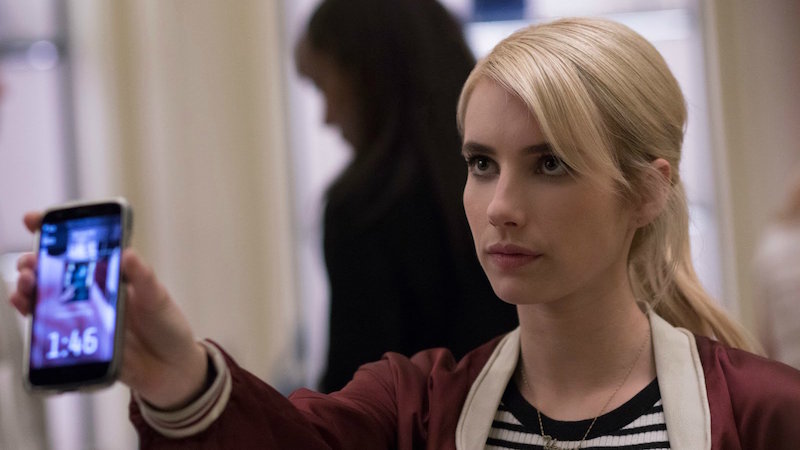 Joost and Schulman begin the story in self-referential mode, the same way they’d opened their debut movie, with the sound effect of a Mac being turned on and a Facebook profile logging in. Our protagonist, Vee Delmonico (Emma Roberts), is stalking the profile of his high school crush—the football team’s quarterback, naturally. Her best friend, Sydney (Emily Meade), FaceTimes to remind Vee about supporting her on ‘Nerve’ (an online game she’s competing in), and winds up teasing her about the crush, pushing Vee to be bold and show the guy her interest.

Sydney is the cheerleader type who masks her insecurities with a false veneer of confidence. The latest outlet she’s found to showcase her persona is the aforementioned Nerve, where you get paid if you complete crazy dares people challenge you to complete. You can choose to be either a ‘watcher’ or a ‘player’, and the more watchers you get the more dares you receive, and thus the best chance of becoming a finalist. 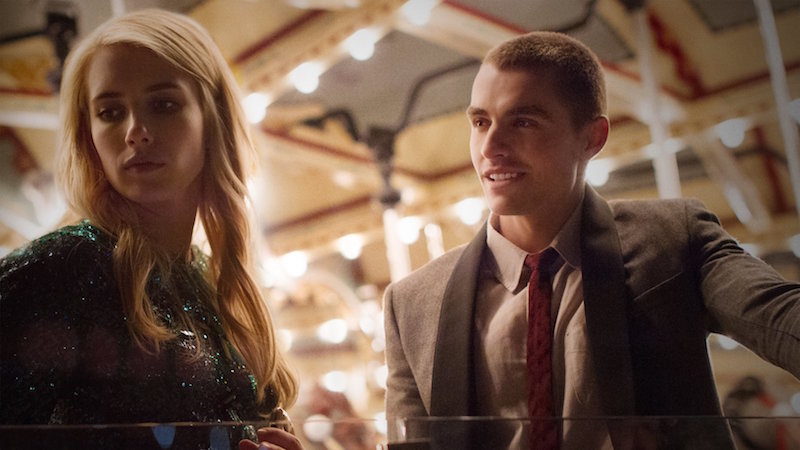 Vee is the polar opposite of Sydney; living her life on the sidelines, never taking risks, and even after being accepted into the college of her dreams she’s pondering whether to decline. Ever since the tragic death of her older brother, Vee’s been anxious about moving to another state and leaving her mom (Juliette Lewis) alone.

When Sydney reveals Vee’s crush for the quarterback in public, only to hear the guy claim that Vee is not his type, our tame protagonist gets the jolt of motivation she needed in order to react to her stagnant status quo. Knowing how Sydney is preoccupied with recruiting more followers to win Nerve, instead of signing up as a watcher, Vee becomes a player and it doesn’t take her long to start kicking ass at the game, igniting Sydney’s jealousy.

Things get increasingly successful for Vee when, during one of her dares, she meets Ian (Dave Franco), another player who’s grown rather popular in the game. Watchers immediately like the accidentally formed couple (or were they accidentally formed?) and begin daring them to do missions together. The challenges, alas, go from relatively silly (kissing a stranger, busting out of a fancy store half naked), to progressively dangerous (riding a motorbike blind-folded). And despite Ian’s irresistible charm and good looks, soon enough Vee realises the boy might have a secret agenda and that Nerve is way darker than your average online game. 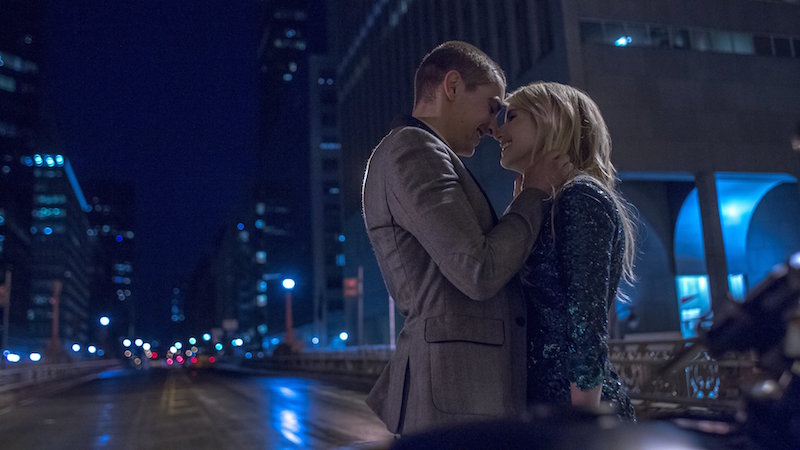 Joost and Schulman keep the narrative moving at a brisk and exciting pace. Once Vee meets Ian, the rest of the movie’s events occur within a single night. Good news for a genre that often derails thanks to pointless subplots, as Nerve maintains a focus and core tension throughout. Sometimes that happens to the detriment of character development—as the backstories are barely sketched out—but, in the end, the film’s thematic core remains solid.

The film’s weakest link is a rushed third act, with a climax that spells out the film’s message in an on-the-nose fashion beneath the script. Despite that, Nerve registers as a taut and entertaining film, boasting solid turns from its talented young cast. Dave Franco is as charming as ever and Emma Roberts is at her best yet, demonstrating impressive leading lady qualities. Special mention goes to Miles Heizer (TV’s Parenthood), who plays Tommy, Vee’s nerdy sidekick BFF secretly in love with her. His subtle performance in an otherwise marginal role is certainly one to remember.

In a summer that hasn’t been memorable at the cinema, Nerve is a sleeper hit that will appeal to both young and mature audiences, leaving you with lots to think about after the fun’s over. It might use old tricks to lure you in, before ending in over-the-top fashion, but the story never loses your attention and there’s no way you’ll leave the cinema without feeling unsettled by the disturbing reality we live in… where the internet practically owns us.

writer: Jessica Sharzer (based on the novel by Jeanne Ryan).