The Neon Demon achieves the feat of being the most memorable yet boring movie event of the year. Nicolas Winding Refn (Only God Forgives, Drive) delivers America’s Next Top Model meets Showgirls meets Texas Chainsaw Massacre, as made by David Lynch. It became one of the most divisive features shown at Cannes earlier this year, prompted boos and standing ovations in equal measure,

The story is the familiar tale of a young ingénue who moves to L.A and ruffles feathers in her pursuit of fame and fortune. Young Jesse (a miscast Elle Fanning) works her way up in the fashion world by covering herself in blood and gold for an endless string of bizarre photo shoots. Refn doesn’t present the modelling world satirically, he just presents a grossly disfigured view of it. The Neon Demon unashamedly wears its influences on its sleeve; the script feels like it could have been written by Sofia Coppola, the blood-soaked finale directed Dario Argento, the coquettish female performances straight out of Lynch’s Twin Peaks with a hint of Ingrid Bergman’s Persona adding to the mood. 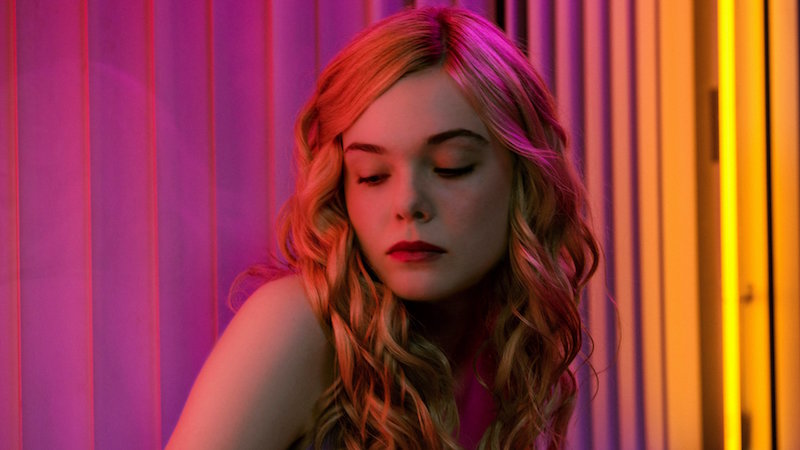 The film starts as an overly-stylised 1980s thriller but slowly transforms into a surreally morbid horror. Jesse’s jaded co-workers steal the show away from Fanning; Abby Lee (Mad Max: Thunder Road), Jena Malone (Donnie Darko) and Bella Heathcote (Pride & Prejudice & Zombies) feel like cold-hearted androids obsessed with youth and beauty. It seems hard to believe that these three modelesque actresses, with their sharp cheekbones and tiny frames, would be so jealous of the naturally sweet Elle Fanning (whose performance in this film is reminiscent of Kirsten Dunst in The Virgin Suicides). As the girls get more and more vicious about Jesse’s new It Girl status it gets harder and harder to suspend belief. The two-hour run of the film feels even longer, as there are extensive dialogue-free moments where the camera fixates on triangular shapes, mirror metaphors, and dream-like photoshoots, paranoid nightclub scenes- and a thumping electronic soundtrack that don’t propel the film anywhere very quickly. 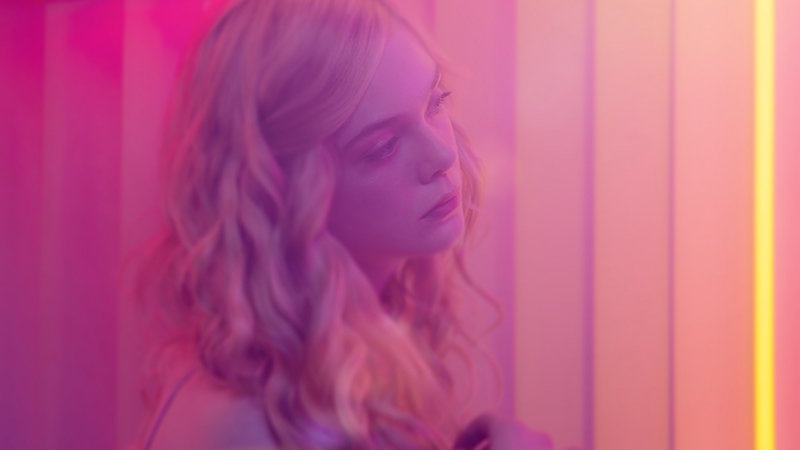 These female leads are not treated like fully-rounded characters but representations of pop culture; their identities revolving around sex and beauty like vacant Instagram profiles. The talented cast never get a chance to flex any muscles, despite Lee and Malone doing their best with the script. It’s all sex and violence, which loses its appeal fast. Jesse’s innocence slowly fades, the only piece of character development in the film, but this makes her initial innocence appear faked and isn’t explored again. The script fails to stick to any one specific plot or genre, there are moments of rough lesbianism which is played for shock value, stylised horror that never gives the audience closure, and one very seedy moment in a morgue which is just plain gross. If Refn had stuck to one singular strand this could’ve been a sexy thriller or a funky It Follows-esque horror, or even an indie look at how morbid the fashion industry is… but, instead, we jump between all three in a rather boring manner.

The film’s main topic is how fashion is all style and no substance, but the same can be said about this long-winded movie. Never has a film left such an impression without anything significant happening. It’s sure to be a cult classic, of course: adored by some but hated by most.