My Name is Julia Ross is an absorbing and finely crafted thriller that remains surprisingly fresh and will appeal to fans of mystery thrillers today. At its heart is a balanced central performance from Nina Foch, in the title role that made her a star, portraying the intelligent and resourceful heroine.

The well-paced plot’s cleverly constructed with a few inventive twists that are hard to predict. It’s shot with a distinctive visual flair that falls somewhere between Gothic and noir, combining the talents of B Movie director Joseph H. Lewis and veteran cinematographer Burnett Guffey. Even the print looks better than it should on this new high-definition Blu-ray from Arrow Academy with great grey tones, deep expressionistic shadow, and a particularly crisp soundtrack. I applaud the team responsible for restoring this print. I’m sure it looks better now than it did back then! 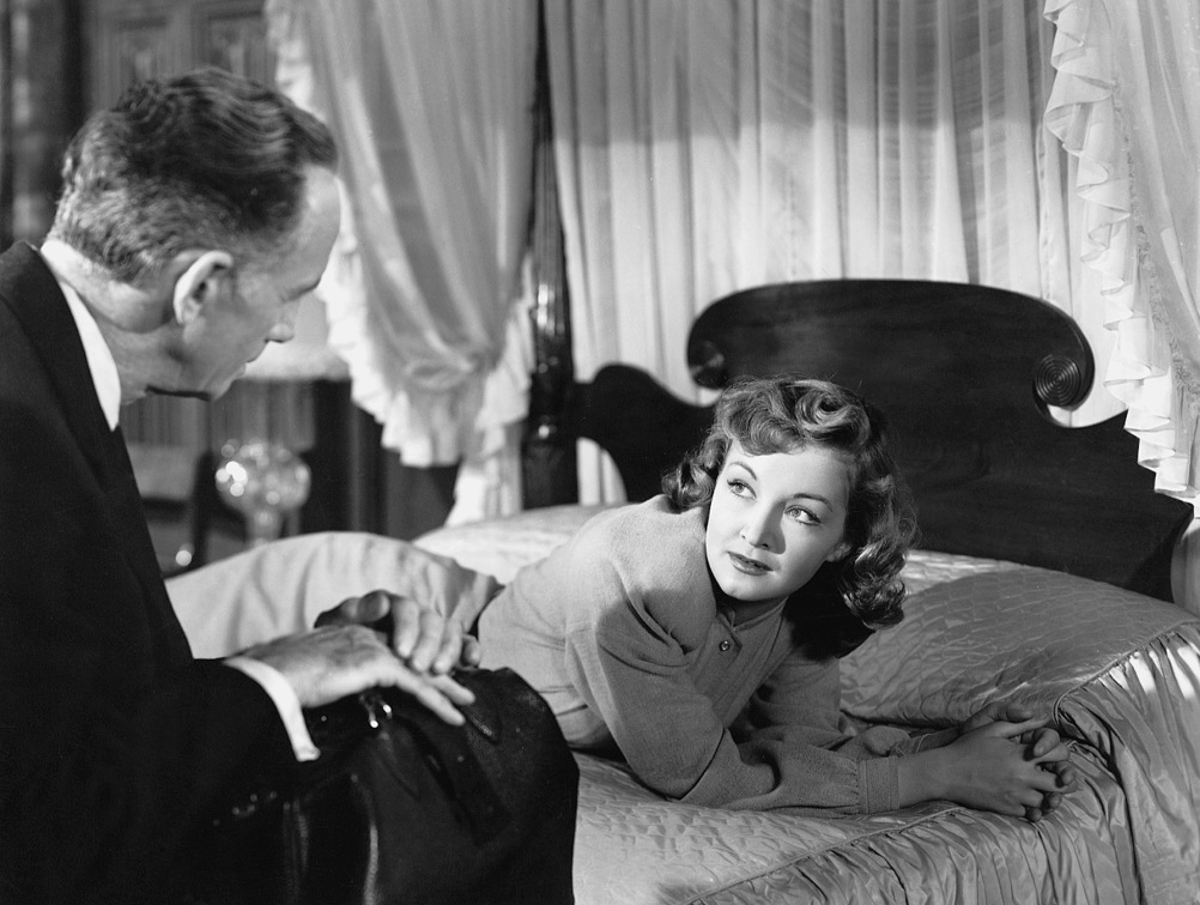 We first meet Julia Ross (Nina Foch) on a rain-soaked night in London. Through a brief conversation with the rather abrasive cleaning woman at her lodgings, Bertha (Joy Harington), who complains about mopping up after her, we quickly learn that she’s a lonely young woman who recently broken off an engagement to be married and is recuperating after an appendectomy. She’s struggling to maintain her independence and is so delighted when offered the position of live-in secretary, for the elderly Mrs Hughes (Dame May Whitty), that the intense probing about her personal life and romantic attachments doesn’t arouse her suspicions. She must start immediately and so settles her bill at her lodgings and packs her things before arriving at the well-appointed address. It’s late, so she’s shown straight to her room by Mrs Hughes’ son, Ralph (George Macready).

After a good two-night drug-induced sleep, Julia awakens in completely different surroundings, finding herself in a fine Gothic mansion perched atop the cliffs of the Cornish coast. She’s told that her name is actually Marion and, in fact, she’s Ralph’s wife, suffering from a mental breakdown and identity crisis. All her personal possessions have gone. Her nightie is monogrammed with the initials ‘MH’ and an entirely new wardrobe fits her as if made-to-measure… 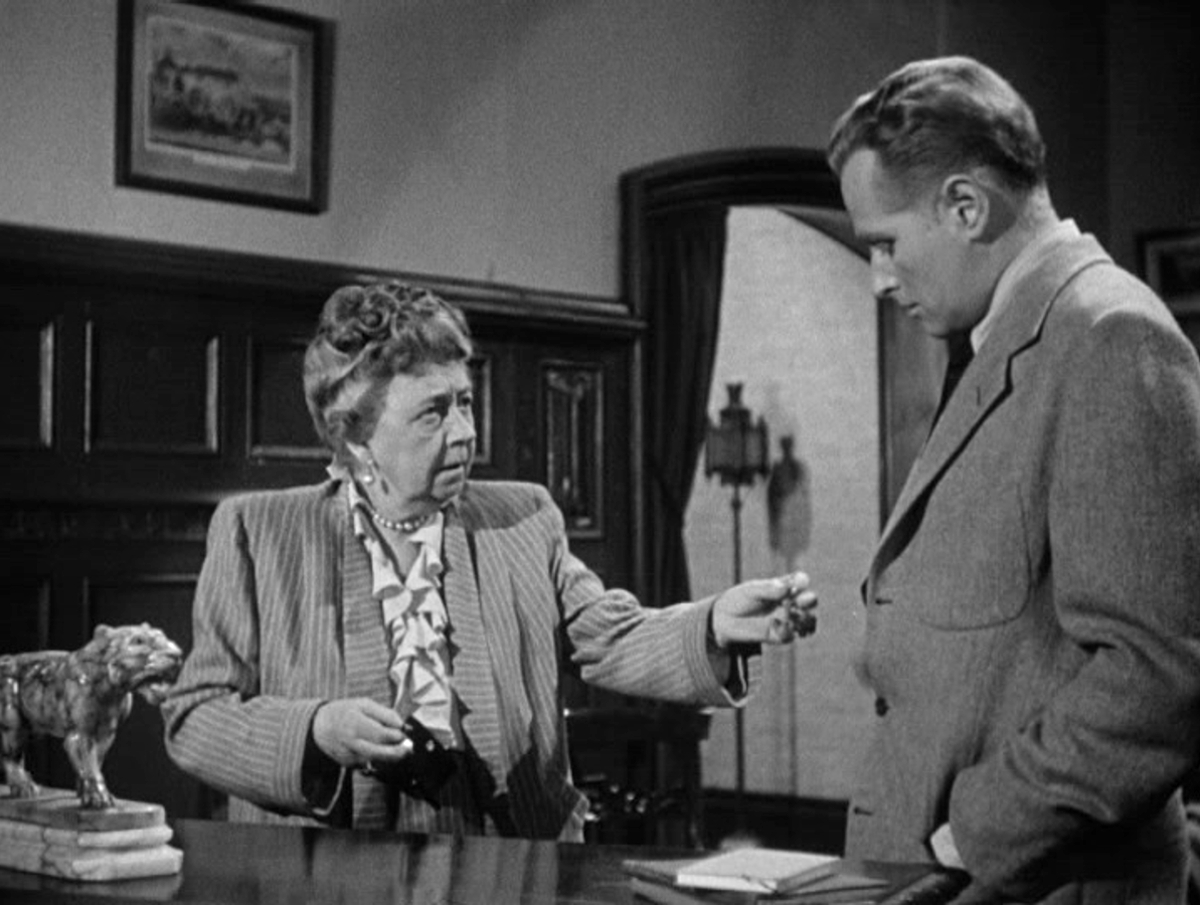 It certainly borrows from a few predecessors. It has the dysfunctional gothic family we saw templated in James Whale’s The Old Dark House (1932), with a deranged matriarch trying to keep a psychotic son under some semblance of control. Here it’s Mrs Hughes who can just about pacify her son Ralph, as he obsessively slashes women’s undergarments with a knife or toys with the sharp shards of a broken mirror…

Gaslight (1940), a period thriller in which a new bride slowly discovers the villainous history of her murderous husband, also has strong parallels… although Julia Ross knows her husband is fake from the start. In Rebecca (1940), the husband is also a murderer, though things aren’t so clear-cut with that more complex Hitchcock classic, based on the Daphne Du Maurier novel. And Arsenic and Old Lace (1944), a classic black comedy, also features the matriarchal household set-up with a sadistic son and a ‘doctor’ of decidedly dubious ethics—both tropes that Julia Ross finds she must confront. 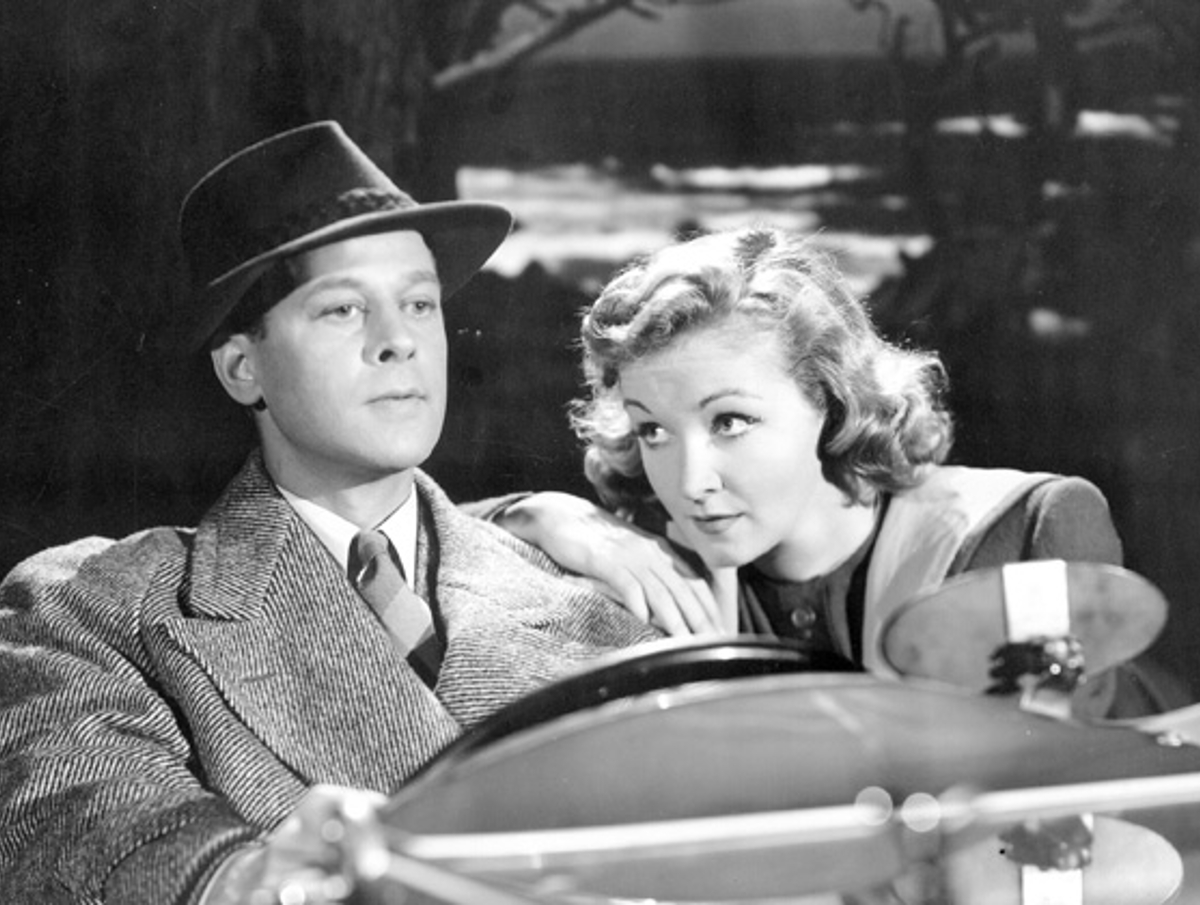 The woman in jeopardy story is nothing new, not even back in the 1940s. Aside from its prominence in many an ancient folktale, Bluebeard for example, it was a mainstay of Gothic Romance and Fin de Siècle fiction. Arthur Conan Doyle’s Sherlock Holmes stories often featured women who needed the great detective’s services, and there are many unusually strong women, both good and bad, to be found in his casebooks. Bram Stoker’s 1897 novel Dracula examined two different aspects of the ‘new woman’ under threat whilst striving for a degree of liberty in a stiflingly patriarchal society—it works out better for the ‘moral’ Mina than it does for the ‘decadent’ Lucy. One young woman is redeemed by the love of a good man and lives happily in matrimony, the other dies for her wayward and libertine attitudes. So, after presenting two women who challenge their traditional gendered roles in society, the overall story does go on to reassert established Victorian values. The literary examination of these issues foreshadowed the women’s suffrage movement…

Lucy Beatrice Malleson was a prolific British author who wrote Victorian melodrama under the pseudonym of ‘Anne Meredith’, murder mysteries in the Agatha Christie style as ‘J. Kilmeny Keith’ and was best known as ‘Anthony Gilbert’ for a great many detective novels. There was a series of 10 books featuring sleuth Scott Egerton, and another 60 or so featuring her most popular character, Arthur G. Crook, a morally ambiguous lawyer-detective. Her long career started in the 1920s and her final few books were published in the 1970s. The ninth book in the Arthur Crook series was The Woman in Red, published in 1941, and although the central character’s removed from the screenplay entirely, this was the source material for My Name is Julia Ross. It became the third of Malleson’s novels to be adapted for the big screen. Another woman writer, Muriel Roy Bolton, wrote the screenplay and it doesn’t take much to uncover its feminist subtext. Even a man has a chance of grasping it! 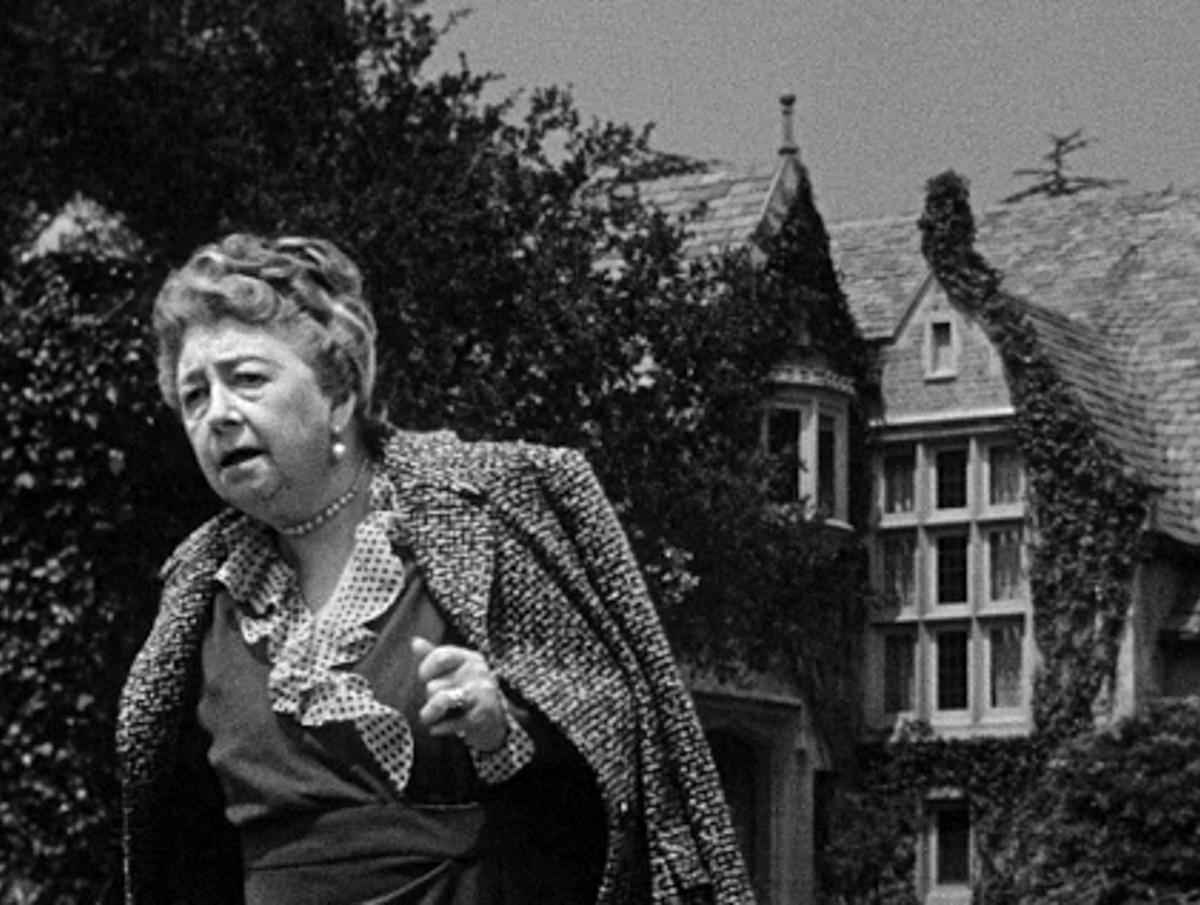 Undoubtedly, it’s a reworking of Sherlock Holmes and the Adventure of the Copper Beeches, first published in 1892, in which a young woman is hired as a governess by an agency with very specific criteria and is exploited in an elaborate plot that hinges on her resemblance to another young woman… The two stories even share a rather clever plot device in the sending of a letter, and the building suspense during the time it takes to reach its destination and for the recipient to take action.

My Name is Julia Ross soon elevates itself well above the expected B Movie fare to become a minor classic that must’ve been so refreshing to audiences in the mid-1940s. Although this is the 26th film with Joseph H. Lewis in the director’s chair, it’s often spoken of as if it were his debut! It certainly transformed his career from a jobbing studio director (under contract with Columbia) into a notable auteur who helped to define film noir. Here, he must share credit with his Columbia stable-mate, Burnett Guffey, who’d already worked with John Ford and Alfred Hitchcock. Together they use lovely monochrome photography to convey an even sense of normality, later to be disrupted by expressionistic shadows, spooky silhouettes and evocative use of compositions that enlarge or diminish characters within the frame and in relation to each other. 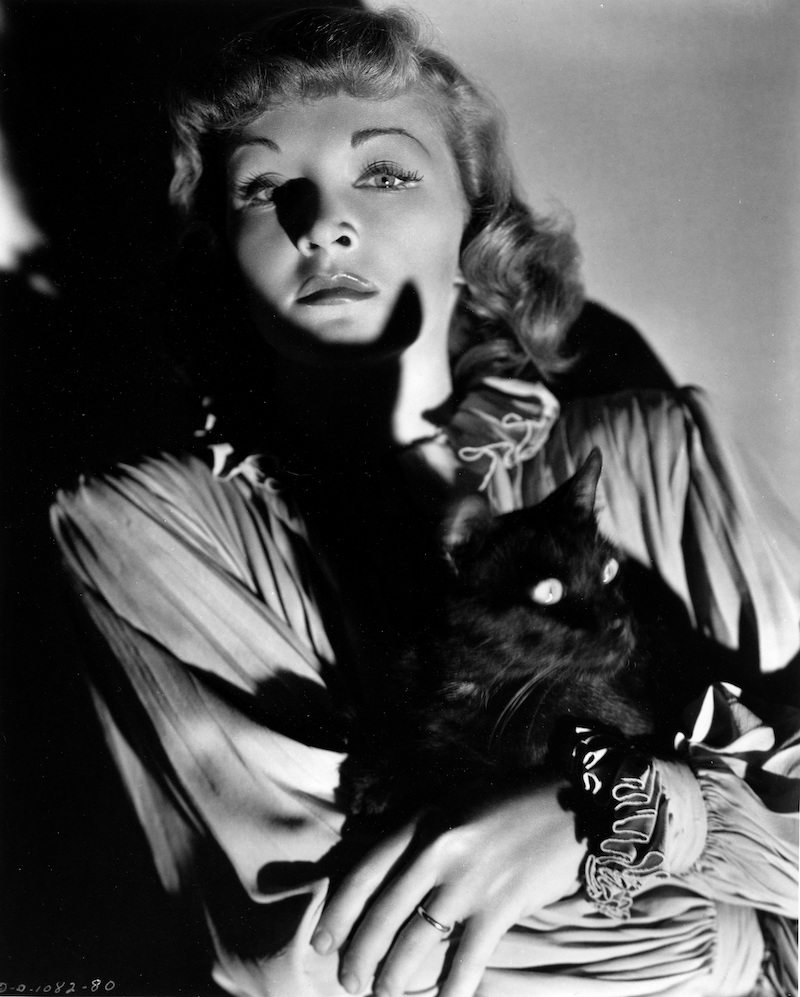 Just as in Gaslight, the house that normally symbolises safe domesticity for the ideal wife, becomes a sinister trap for the unwilling woman. Visually, it begins to dominate Julia. Its heavy doors threaten to push her off-screen, the dark wood panelling dwarfs her pale figure. She’s told that she is a weak, unstable girl who is failing in her duties as a wife to Ralph. She knows, with utter certainty, that this is untrue. But she’s disempowered solely by societal preconceptions. The housemaid (Queenie Leonard) and visiting locals, all too readily accept what her ‘mother-in-law’, the seemingly respectable Mrs Hughes, and her apparently ‘loving husband’ Ralph, tell them. So much, indeed, that they confound her escape attempts by making sure she’s safely returned to the bosom of her ‘long-suffering family’.

When one considers the times in which the film was made, it’s clearly a timely debate on the role of the woman in post-war society. WWII had ended just a couple of months ahead of release and women were used to a greater degree of independence. They had done the homeland jobs instead of the men who were away fighting and dying. They then found that some of those men were returning from the front and wanted their work and wives back. There was a concerted effort, particularly in the US, to reassert the gendered roles of housewife and man-of-the-house. Against this cultural backdrop, it’s easy to read My Name is Julia Ross as a discourse on female freedom and identity, whilst women were being told that they should be something that they may no longer have felt like being. 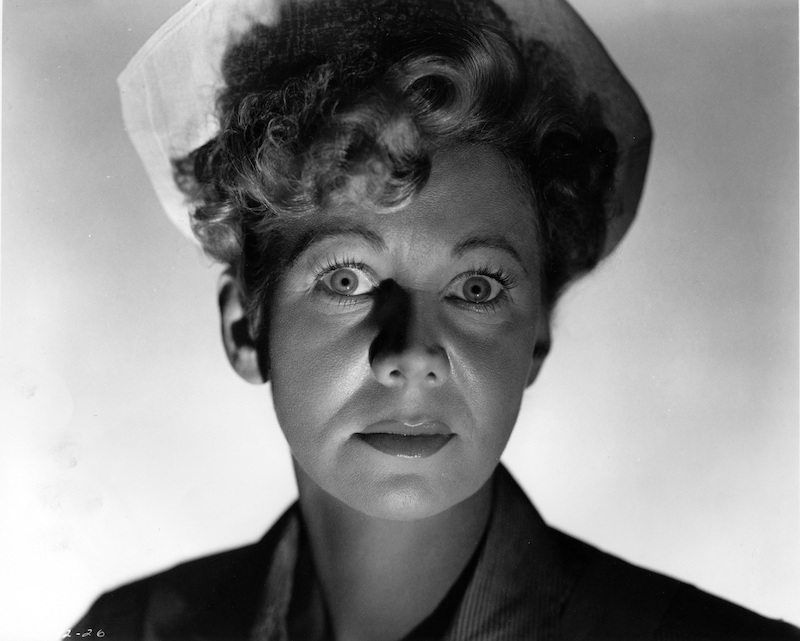 It’s not only gender divisions that are addressed, but also the class divide. The working class, represented by Julia’s original landlady (Doris Lloyd), her daughter Bertha and the Hughes’s housemaid, are shown to be a little morally ambiguous, perhaps, but also sharp-witted and generally on the side of good. If it weren’t for timely interventions by the housemaid or Julia’s astute ex-landlady, then there’s no doubt the outcome would have been more tragic.

Subtext aside, Julia Ross succeeds on so many levels. Visually, it’s a treat and resonates with the noir style that was just taking hold of Hollywood. The story, though clearly contrived, sucks-in the viewer and never strains credulity enough to break its spell. The cast all seem to know they’ve got a great script and do their very best, but it’s Foch that carries the film. So far, she’d been a B Movie starlet who would garner some cult kudos for her prominent role in The Return of the Vampire (1943) alongside Bela Lugosi, and for starring in Cry of the Werewolf (1944), which, despite some excellent lobby cards, never lived up to its promise! 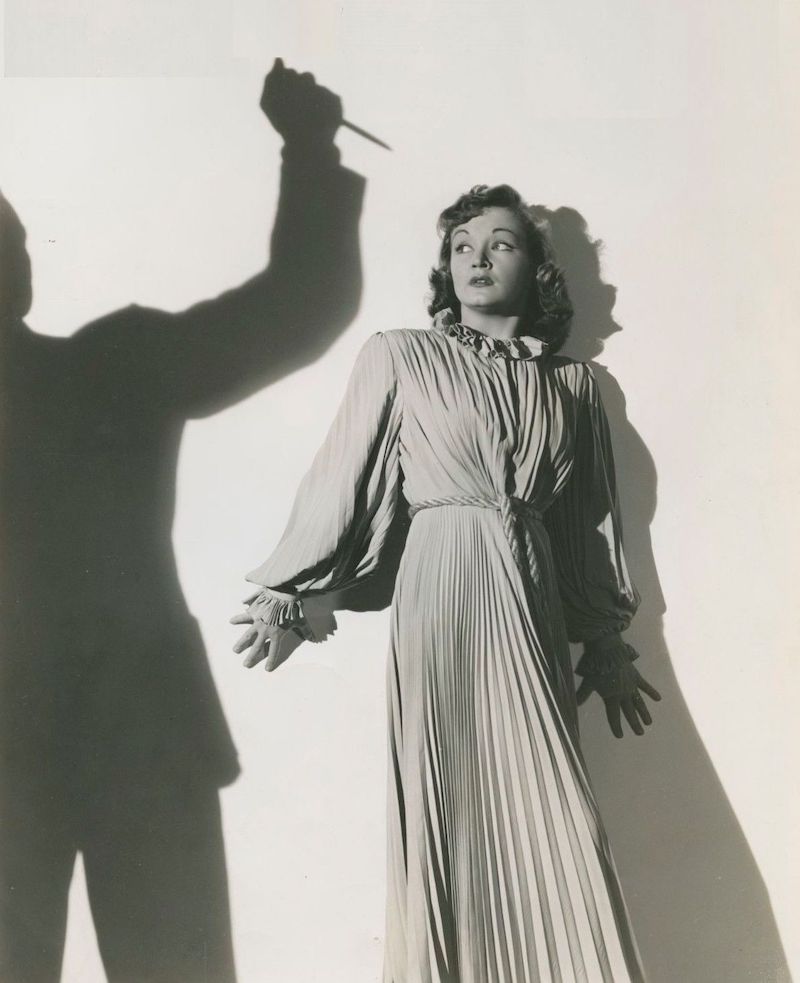 As Julia Ross, she gets her first chance to shine as an actress with a solid script and a layered character. If anything, she underplays the emotions and is far from a hysterical woman waiting for a hero to come and save her. She plays the part with enough vulnerability to engage the audience, but there’s also an underlying resilience that we can respect. Though she’s forced to rely on her own devices throughout, in the end, it’s the intervention of men that saves the day. But only after some very clever manipulation by Julia that facilitates the ‘nail-biting’ climax.

Years later, Richard Matheson was to rework some of the central themes into his screenplay for Hammer’s Fanatic (1965), which starred Stephanie Powers as the woman in (double) jeopardy role, with Tallulah Bankhead as the matriarch and featured a young Donald Sutherland.

My Name is Julia Ross was intended as a B Movie and its tightly paced 65-minute runtime attests to this, but Joseph H. Lewis was obviously proud of what they’d achieved on a meagre budget and 12-day shooting schedule—which he stubbornly overran. He pushed for a preview screening and, after an enthusiastic audience response, it also attracted positive reviews. Filmgoers started attending the double feature to see the B Movie, instead of the headliner. It’s difficult to assess its success in terms of box office takings and viewing figures because the main features would’ve been given the credit, but it confirmed Nina Foch as star material and ensured that Lewis would be in demand as a feature director, despite his reputation for clashing with producers. He’d go on to make a handful of notable noirs including his next movie, So Dark the Night (1946), and The Undercover Man (1949), both with the distinctive cinematography of Burnett Guffey and the latter again starring Nina Foch. 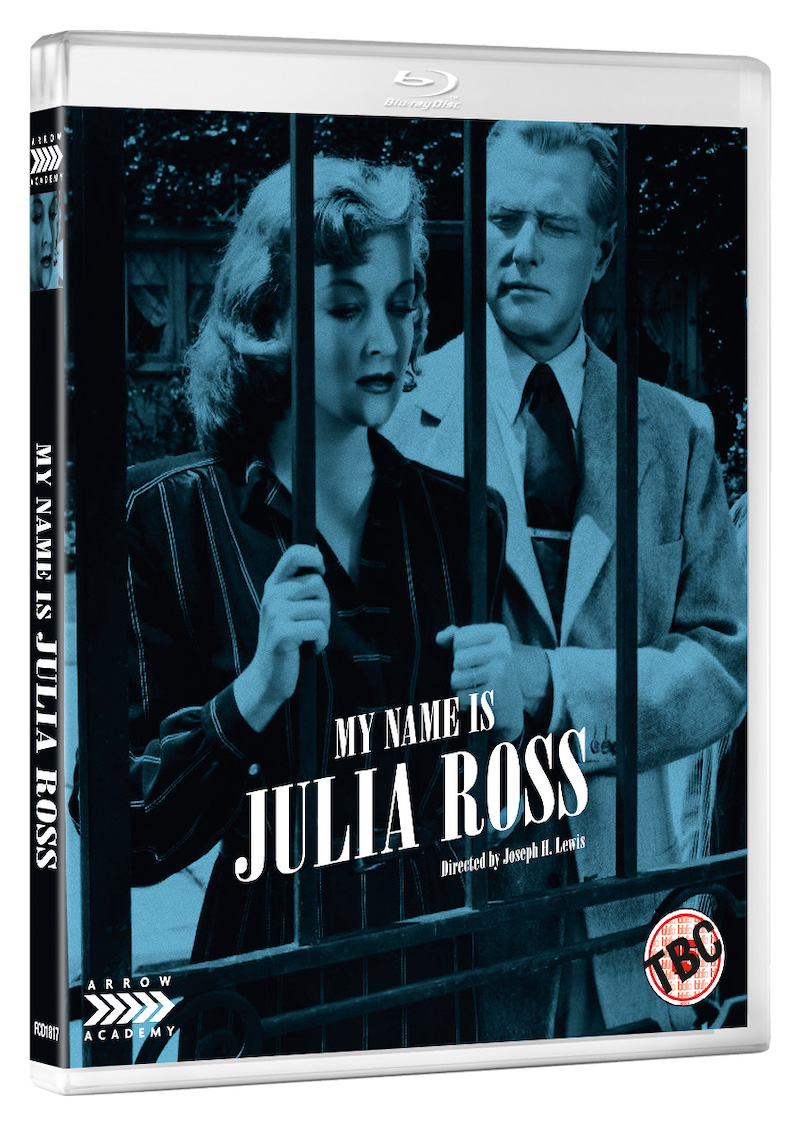