They’re all very different shows. Some, like The Sopranos, are part of television canon, regularly described as the best series of all time; others, such as Empire, are perfectly calibrated frothy entertainment, making no claim to be the greatest but setting out their sudsy stall with glee. 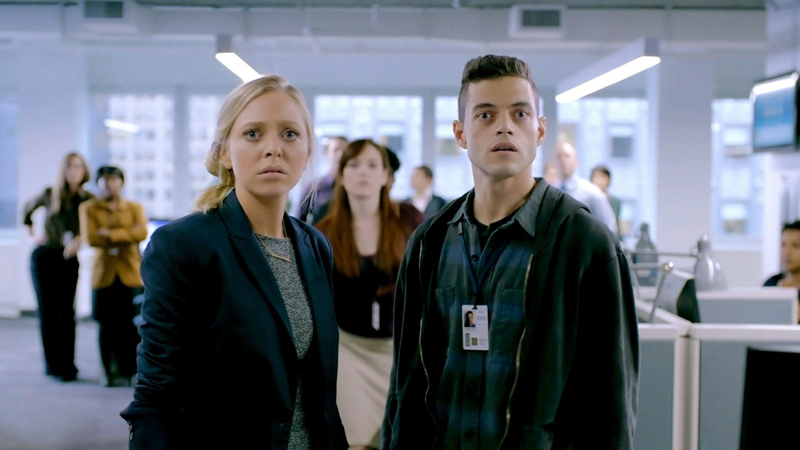 But what all these dramas have in common is they arrive with their worlds perfectly formed. From the highly-stylised Brummie back streets of Peaky Blinders to the glossy boardrooms of Empire, from the suburban menace of The Sopranos to Veronica Mars’ Californian neo-noir, these were shows with a great sense of place and character. They feel so well imagined that they’re almost impossible to resist. Mr Robot is just such a show.

On the surface, this tale of disaffected loner Elliot Alderson (Rami Malek)—who spends his days working as a cyber-security engineer for a company he loathes so much he refers to them as ‘Evil Corp’, and his nights spying online on just about everyone he meets—shouldn’t work. Hollywood, that ultimate insiders industry, has long been obsessed by hacking, an industry in which the outsider is king, but never managed to pin it down with anything approaching success. Instead, we get stuck with countless terrible movies featuring hackneyed, poorly-executed and thoroughly unbelievable scenes of wild-eyed hackers staring at computer code, pressing keys and talking about bringing down the government with their anti-establishment ways. Mr Robot scores points from the off simply by not going down that route. 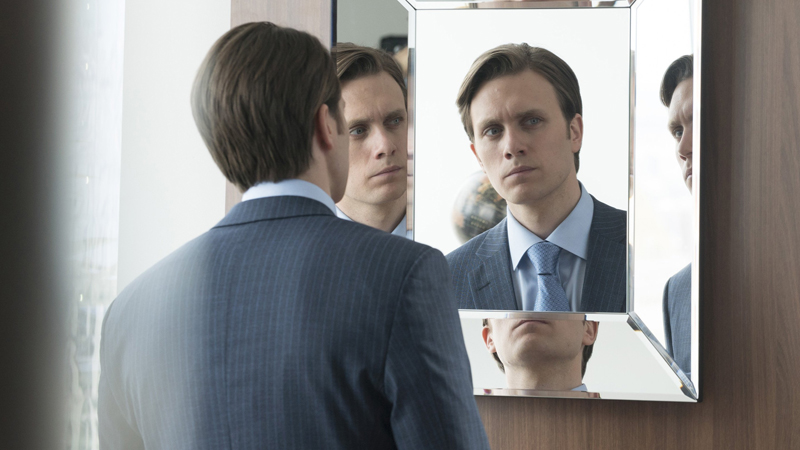 Yes, Elliot might be a morphine-addicted loner with deep-seated trust issues, who is also a computer genius, but Malek’s brilliantly off-kilter performance—his stillness and vulnerability, the constant suggestion that there’s something deep down in Elliot’s core that’s horribly, terribly wrong—means we never trust him, let alone see him as the hero-hacker of Hollywood past.

Then there’s the hacks themselves. Writer Sam Esmail has admitted to having been a bit of a hacker in the past, and the show also hired former hackers to consult on its storylines. It shows. Elliot’s eerily calm descriptions of how to hack everything—from high-level security outfits, to his best friend’s Facebook page— both seduce and appal at the same time. ‘Wait, you can actually do that?’ slowly turning into ‘oh my god, you can actually do that—I should probably just shut down all social media and live like a hermit.’ It would be for the best.

If Mr Robot was simply a story about Elliot’s weird attempts to try and fashion a life for himself in a society he loathes, it would still be oddly compelling (Malek’s performance is worth tuning in for alone), but Esmail has grafted two separate stories onto that central tale. The first concerns the titular ‘Mr Robot’ (Christian Slater, back from career wilderness and having a blast), an anarchist who runs a hacker collective out in New York’s rundown seaside resort of Coney Island, and who wants Elliot to help him bring down Evil Corp with the help of assorted misfits—including the impressively angry Darlene (Carly Chaikin). The second storyline revolves around Tyrell Wellick (Martin Wallström), an employee at Evil Corp and would-be Master of the Universe who has a Patrick Bateman-style interest in sharp suits and murder, and an equally unhealthy interest in Elliot. The series’ central question: which way will Elliot fall? In with the hackers of the unsubtly named fsociety? Or will he give a different type of ‘f-you!’ to the world, and join forces with Wellick and the capitalist hordes? 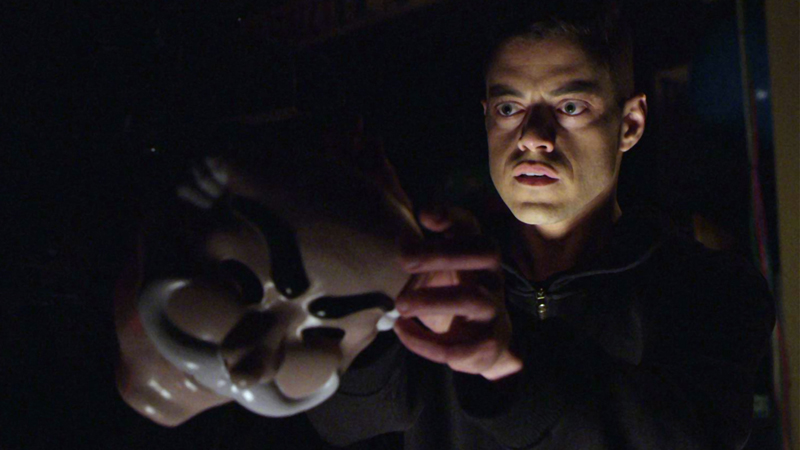 That the decision turns out not as straightforward as that is a credit to Esmail’s enjoyably jaundiced view of the world. A world, as Elliot says, in which “we’re all living in each other’s paranoia”, where you can trust nobody, least of all yourself. TV has dealt in this sort of paranoia before, of course, in spy thrillers from Tinker, Tailor, Soldier, Spy to the recent London Spy, but what makes Mr Robot feel so fresh is the way it takes that paranoia and applies it, line by line, to our society… holding the way we live now up to a microscope and asking us just how healthy we really are.

“Maybe it’s that it feels like all our heroes are counterfeit? The world itself just one big hoax, spamming each other with our burning commentary bullshit, masquerading this insight; our social media faking this intimacy,” Elliot remarks at one point, before instantly undercutting the statement with the weary acknowledgement: “I’m not saying anything new, we all know why we do this, not because Hunger Games books make us happy but because we want to be sedated.” 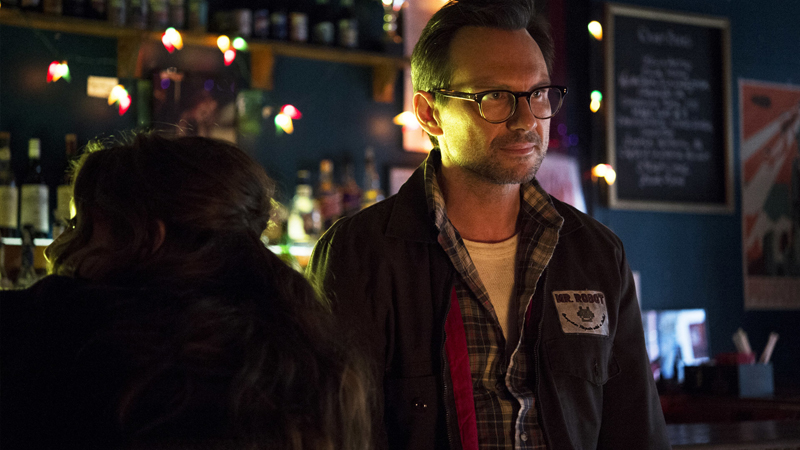 He might not be saying anything new—and, indeed, one of the other great joys of this show is the way it cheekily riffs on everything from Risky Business and American Psycho to They Live, Taxi Driver and Fight Club—but there’s a freshness to Esmail’s writing and Malek’s delivery that makes Mr Robot feel like a truly 21st-century drama. It’s a series for the Occupy Wall Street age; a programme that critiques the world we are living in now on every level—from the 1% clinging on at the top, to the disaffected 99% just trying to get by. It works because it manages to be both furious at the state of society and mockingly self-aware that Elliot, locked away on his computer, hiding from the world, is as much part of the problem as the solution.

Are Elliot’s subsequent actions justified? As the show gets darker and its young anti-hero ever more conflicted, that becomes the biggest question of all. Is there a right or wrong answer? Is Elliot to be trusted? Who is ‘Mr Robot’, really? I won’t spoil the show’s final twist here, except to say that when it comes it’s well-earned and makes perfect sense within the universe Esmail’s created. It’s also just another reason why this show, above all others, turned out to be my favourite of the year.