The high points of “She Gets Revenge” are the scenes between Liz (Denis O’Hare) and Douglas (Josh Braaten), the son she abandoned 31-years ago. The show’s sudden, earnest detours often end in heartbreak, so when we learned that Douglas would be staying at the Cortez, there was reason to worry for the young man.

Surprisingly, Douglas makes it out alive (for now). Before she and Iris (Kathy Bates) take each other out like the happy elderly couple that blow each others brains out in the cold opening, Liz has to apologise to her son, and while the two scenes between father and son—who, naturally, reveals before his dad can confess that he knew who she was all along—are familiar for this sort of thing, episode writer James Wong and the two actors do strong, subtle1 work that pays off beautifully (Douglas having learned tolerance from watching The Real World’s Pedro Zamora is a nice touch). In a cast full of great, mostly underused actors, O’Hare is the season’s MVP—he can make us believe Liz is heartbroken over a barely-written love affair, and when he’s given something grounded to play, he nails it. 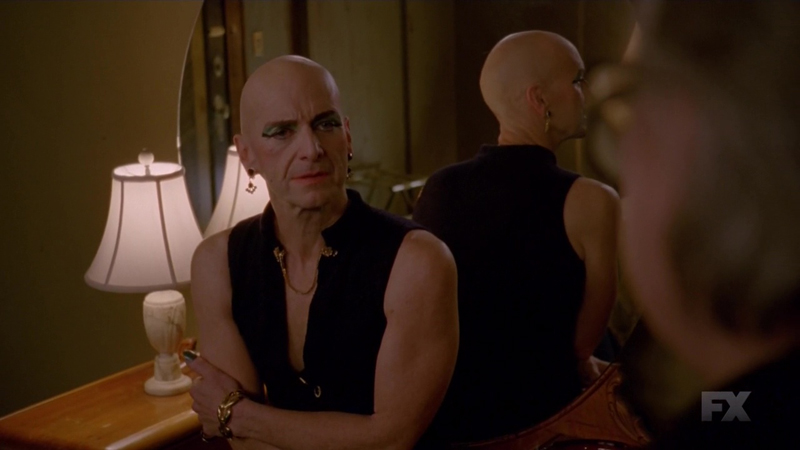 I could complain that the scenes between Liz and Denis are superfluous to the main plot, but on the other hand, the plot? Ha! On this week’s episode, John the serial killer detective (Wes Bentley) reunited with his vampire2 wife (Chloe Sevigny), who recruited his help in trapping the gang of vampire kids she created in the Cortez’s fortress, where they encounter a hungry Ramona (Angela Bassett). At the end, the serial killer and his vampire wife—does he get that she’s a vampire?—leave the hotel with their vampire son to return home with their mostly forgotten daughter. Meanwhile, the Countess (Lady Gaga) kills Natasha (Alexandra Daddario), Donovan (Matt Bomer) kills Valentino (Finn Wittrock), Will Drake is back as a ghost, and the show continues to waste Sarah Paulson. The writers have bitten off more than they can chew, which hasn’t been a deal-breaker in previous seasons, but it’s particularly frustrating when it’s so clear what they should lose. Why is there a scene in this episode where a ghost and a vampire discuss inheritance and child custody? Who cares? 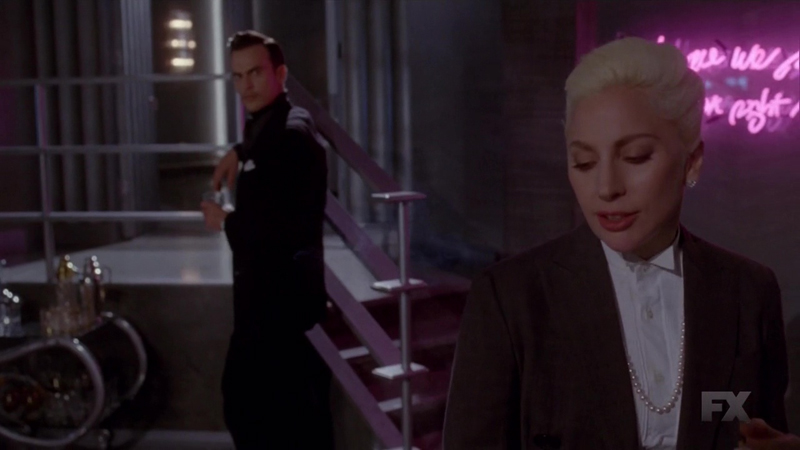 That’s a lot of plot, but if you Google American Horror Story right now, most of the discussion of this week’s episode revolves around Donovan dancing to “Hotline Bling” at the episode’s end. The scene is a completely transparent attempt by the show to go viral, and hey, I guess it kind of worked (it remains to be seen if we’ll watch Kathy Bates whip and/or nae nae). This has always been a show for meme-length attention spans, but there was an urgency in the first couple of seasons that the recent ones have lacked. As with last week, the show is still finding new story convolutions when it should be wrapping things up. At this point, Liz is so clearly the best shot the season has at an emotional through-line that I just hope its writers realised and embraced this for its final episodes.

At least American Horror Story never lacks for fun peripheral details. While Natasha and Valentino’s murders didn’t have much dramatic impact, I enjoyed the way the Countess offhandedly shot her ex-lover and, especially, Donovan’s insistence that he has “cheekbones for daaaaaayyys.” I loved Iris’s farewell video to her three Instagram followers, and the way O’Hara delivered the line “this took you a long time.” I didn’t love the stiff, awkward scene between the Countess and the police, but if they were trying to evoke Catherine Tramell with Gaga’s suit and hairdo, I appreciate the effort. I especially loved Hazel’s (Mare Winningham) excitement at OxyClean and washing machines—as overstuffed as the show is, I hope they have a fitting sendoff in store for Hazel. And that cliffhanger, with Liz and Iris seemingly riddling the Countess and Donovan with bullets, is a fantastic closing image. As frustrating as the show is, I’m still looking forward to finding out whether Gaga will finish the season as a ghost vampire, or if Liz and Iris are just terrible shots.

1. [Possibly the first time “subtle” and “American Horror Story” were included in the same sentence.]↩

2. [I know, these aren’t vampires, it’s an ancient blood disease. But that’s silly, and they’re vampires in almost every way, so I’m calling them vampires from now on.]↩