After last week’s excellent Darlene-focussed episode, this was more of a placeholder; a chance for Sam Esmail to get his ducks in a row ahead of the final three hours. That said, what “init_5” lacked in exposition it more than made up for in atmosphere. Most of season 2’s been as much horror movie as thriller, and that felt truer than ever this week, with a number of scenes that wouldn’t have appeared out of place in the classic chillers of the 1970s. 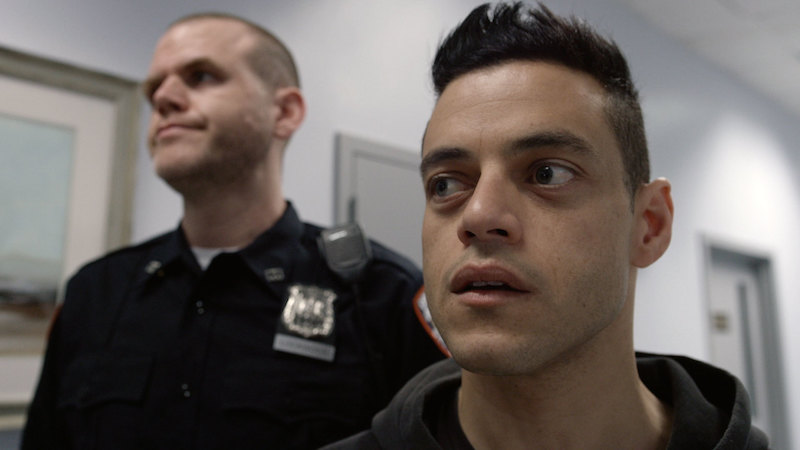 Order will not protect you anymore, my friend. I will reign chaos down.

From the flickering lights in Darlene’s (Carly Chaikin) apartment, to Angela’s (Portia Doubleday) increasingly terrified wide-eyed stare, not forgetting the noises behind the sofa in Susan Jacobs’ supposedly empty apartment, the poorly-lit corridor that Angela was walked down, and the overwhelming sense of paranoia, this was Mr. Robot by way of The Twilight Zone. Intense, claustrophobic, and creepy as hell. It also confirmed that, while last season riffed on David Fincher’s Fight Club, David Lynch is the current presiding God of Esmail’s world. The disjointed conversations—in particular, Angela’s meeting with the suspiciously cheerful Regulatory Agent (“I never cease to be astonished by the heroics of everyday people”), and Philip Price’s (Michael Cristofer) fangs-bared confrontation with Whiterose (B.D Wong)—had a distinctly Lost Highway flavour. And there are clear links between the icy, mysterious Joanna Wellick (Stephanie Corneliussen) and Lynch’s Mulholland Drive femme fatales. That may also explain why this season has its detractors. I, personally, love a Lynchian nightmare, but I can understand those who feel that, with only three episodes left, Esmail may be guilty of playing his cards a little too close to his chest. 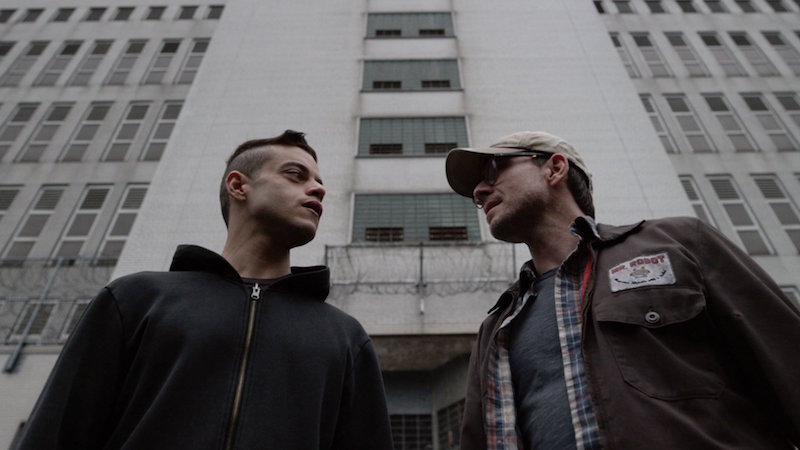 For me, there’s no such thing as normalcy.

As ever, it’s the sheer ambition of Mr. Robot that pulls it back from the brink every week. At the beginning, Elliot (Rami Malek) asked what sort of effect being confined in his cell for 86 days would have? The answer was swiftly and brutally provided. The centre, it appears, cannot hold. Elliot’s program is on the fritz, and he and his identities are splintering to unnerving effect. This disconnect with Elliot spacing out, and seeing Mr Robot (Christian Slater) talking on the sofa to Darlene, or ordering her and Cisco (Michael Drayer) to pull themselves together, was cleverly managed by Esmail, although it also threw up more questions than answers. How many manifests does Elliot have? The scene with the Dark Army suggested there’s at least one more, and that one’s not to be messed with. Which one is really the prime Elliot, or is there even such a thing? Who do Darlene and the rest really see when they talk to him? We’ve only ever seen Mr Robot through Elliot’s eyes, but the growing split between him and Elliot suggests that it’s not quite as simple as that.

And what exactly does Joanna know? It’s always seemed hugely unlikely to me that Tyrell is another part of Elliot’s personality—and yet this week demonstrated that that could actually be flesh-and-blood. After all, the main argument against this being the case was that other people saw and interacted with Tyrell. But this week that also became true of Mr Robot. What if Tyrell is the main host and Elliot and Mr Robot are his other identities? Is that actually possible? Maybe. Darlene, after all, has never met Tyrell. It still seems something of a stretch to me, but on this show I’m never prepared to rule anything out.

I’m a mercenary. I don’t play fair. I play what I want.

This week’s other big plotline revolved around Whiterose, who donned both male and female personas and continued to try and force E Corp’s hand in order to ensure the survival of “my plant”. As to what game is actually being played here, I’m not entirely sure. What exactly is the secret of the Washington Plant—beyond the fact it caused the deaths of Elliot, Darlene and Angela’s parents? What is Whiterose developing there and why is it so important? How does the Dark Army fit into that and what is ‘Stage 2’, as apparently masterminded by Elliot himself? Why does the Dark Army fear Elliot so much? 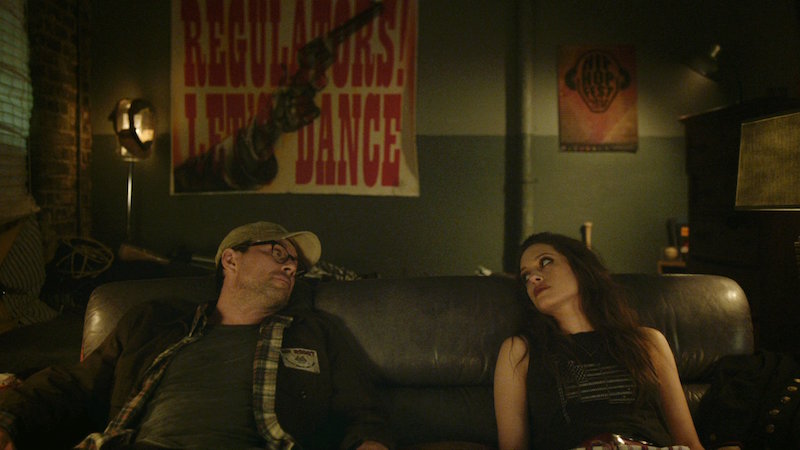 Off the scale this week. A solid 9. I really have no idea what most of the characters on this show are up to, but it looked great and I enjoyed watching it play out.

So what did you think? Is Elliot Tyrell? What does Joanna know? And just what did Cisco find lurking behind that sofa? As ever all speculation and no spoilers welcome below…