After four weeks of brooding, opaque hints, and the fear Sam Esmail had lost control of the material a little, everything finally kicked up a gear as Elliot (Rami Malek) returned to hacking, Angela (Portia Doubleday) met fsociety, Dom (Grace Gummer) met the Chinese with less palatable results, and we learnt the truth about Ray (Craig Robinson)—and yes, it was a shame. Sorry, couldn’t resist.

I live for this shit.

To deal with the latter revelation first, given it was in many ways the biggest, it turns out that our man with the soft spot for dogs is actually a Dread Pirate Roberts-type character with his very own and very nasty Silk Road. The episode ended with Ray telling Elliot calmly “you were told not to look” and then having his thugs kick the crap out of our hero. Poor Elliot. He mused earlier that Ray was both protective and kind, but also a criminal, and wondered which was his dominant side. By the episode’s end, he had the unpalatable answer. 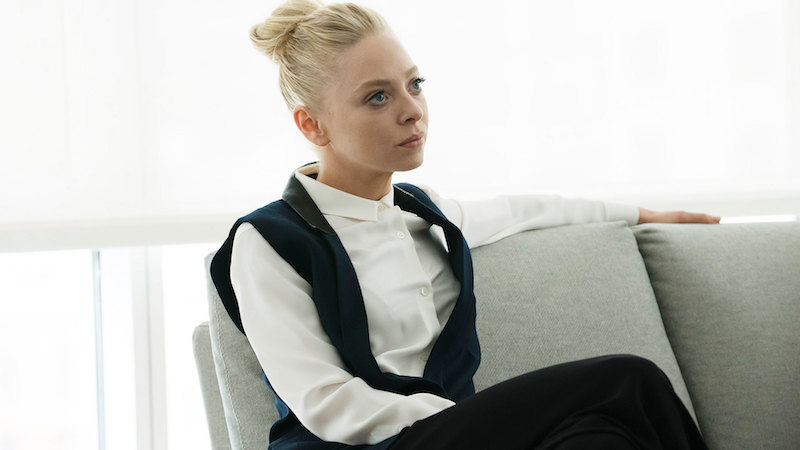 Either I act or I wait to get caught.

Things weren’t looking much better elsewhere where Angela, pushed in a hole after her meeting with the still fantastically loathsome Ollie (still self-serving, still an ur-bro, still making callous, awful jokes about Gideon’s death and, worst of all, still worshipping at the altar of Josh Groban), had no alternative but to listen to Darlene (Carly Chaikin) and hence meet with Elliot.

In fact, the little scene between Elliot and Angela was one of the most quietly brilliant of the week, as he told her that he’d not intended to see her until Mr. Robot (Christian Slater) was vanquished. “And?” she asked tremulously. “And my dead father is standing behind you,” came the heartbreaking reply. As to whether Angela will help or hinder fsociety—I’m honestly not sure. She loves Elliot and understands the prickly Darlene, but I’m not entirely convinced that Philip Price hasn’t half won her over to his wicked ways. It’ll be an interesting ride.

The episode’s true highlight, however, was the fabulously tense meeting between Whiterose (B.D Wong) in his male form, as the head of the Chinese government’s cyber security wing, and Agent Dom DiPierro in a room full of ticking clocks. The latter played her folksy, ‘aw shucks I’m just a lil girl from Teaneck, New Jersey’ shtick to the hilt. The former smiled menacingly but also, and interestingly, introduced her to his dresses. Sure he told her they were his sister’s but I don’t for a minute think Whiterose underestimated Dom—he knew she’d know there was no such person. This was about revealing his contradiction to her, and teasing her with what she didn’t yet know. It was also a subtle payback for the way in which she dared raise the subject of the Dark Army in the first meeting between the Chinese and the FBI; a decision that may well have led to the deaths of the entire FBI crew bar Dom in a shocking scene that uncomfortably and deliberately recalled recent headline events. In particular, the shootings in the Kenyan Westgate shopping mall in 2013. 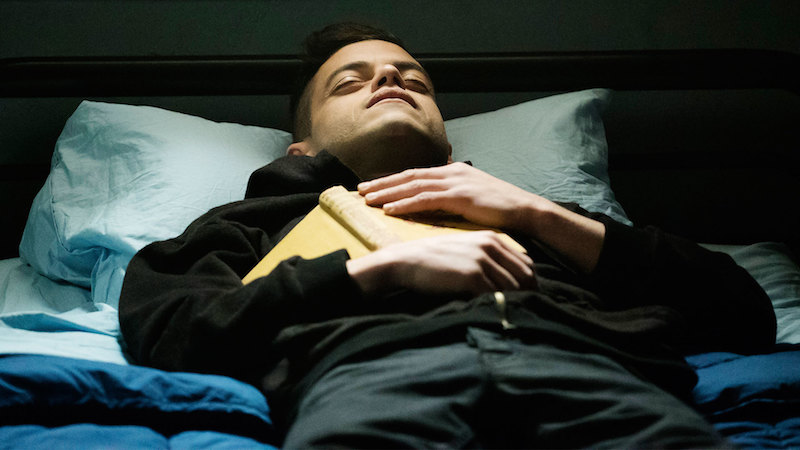 We left him with answers. Otherwise, we’d be nothing but ruthless murderers.

If there’s one part of the show that I really don’t think is working, it’s the stuff with Joanna Wellick (Stephanie Corneliussen). The actress is playing the part very well, but she’s too removed from the rest of the action and it doesn’t help at all that we have no idea what’s really going on. Is Tyrell dead or alive? Why is Joanna allowed to wander at will rather than being questioned by the FBI? Why does the security guard know about Elliot? Who are her Secret Service-style agents and why do they kill at will for her? Why is she going around killing people and covering fsociety’s tracks rather than simply trying to get on with her life as best she can in her husband’s absence? What was she singing to her baby? Yes, probably a pleasant Danish lullaby but on the other hand this is Joanna so it could just as easily be a threat to maim, murder, and dismember should the boy step out of line… 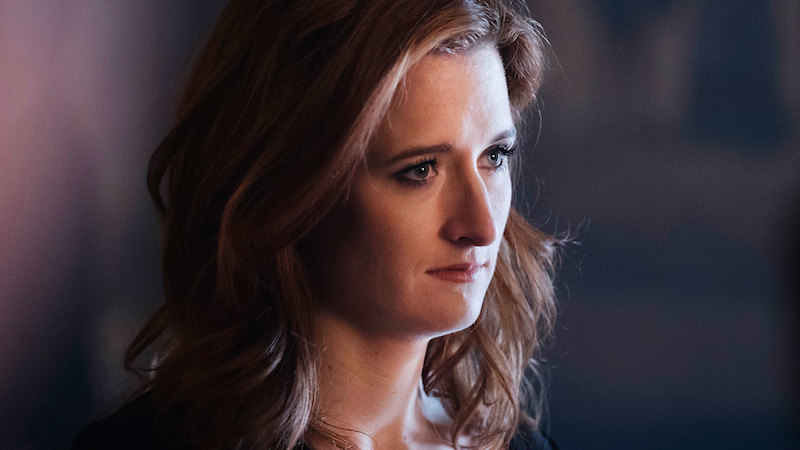 6 out of 10. But really only because nothing Joanna does is making any sense at all right now.

So what did you think? Was it a strong episode or not? What is Joanna’s plan? Will Elliot be ok? Which side will Angela fall on? And if you had to pick another bad band that Ollie undoubtedly loves what would it be? As ever all speculation and no spoilers are welcome below….