While not quite a triumphant return to form, Miss Peregrine’s Home for Peculiar Children is probably Tim Burton’s best since Big Fish (2003). There’s no doubt Burton and Ransom Riggs’s source novel make for a fantastic combination, but this movie never meets the emotional resonance of Burton’s earlier movies. The adaptation also finds screenwriter Jane Goldman bringing a touch of her X-Men: First Class universe with her, considering the similarities between the titular home and Charles Xavier’s school, with a touch of Mark Mothersbaugh’s Beautiful Mutants series.

16-year-old American teenager Jake (Asa Butterfield) pieces together clues from his dead grandfather (Terence Stamp) in an overlong prelude to meeting the mysterious Miss Peregrine (Eva Green), whom he tracks down living of the coast of Wales as headmistress of an orphanage for children with special abilities. Strangely, the institution still exists during World War II, stuck in a time loop of Peregrine’s creation, keeping the safe from a shape-shifting monster (Samuel L. Jackson) who devours the eyes of the gifted. 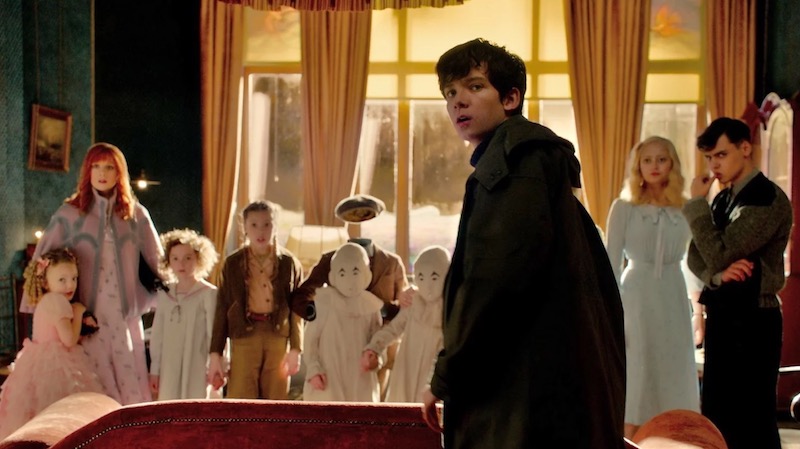 The idea of a time loop resetting every 24-hours sounds better on paper than in practice, as time travel element is light on explanation and clarity. In fact, thin plots are a recurring problem for many of Burton’s film, and here the Guillermo Del Toro-style monsters are given very little motive, while the finale makes no sense if you put an ounce of thought into it. There’s a noticeable lack of world-building, too, as the curious orphanage and its young inhabitants are presented to the audience without answering any questions. 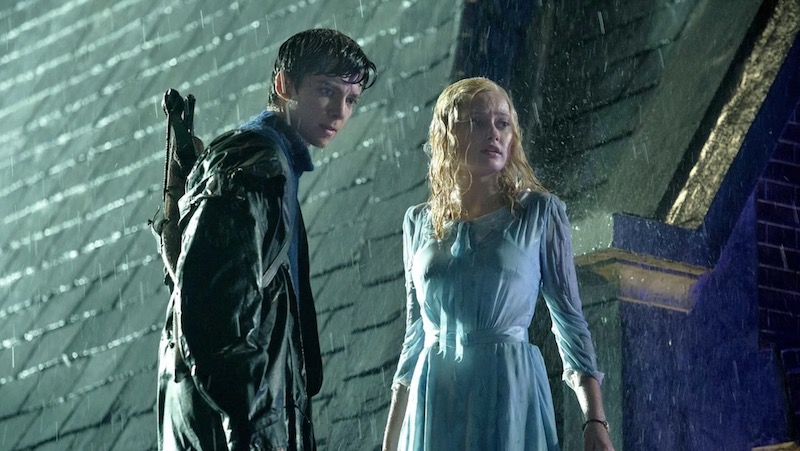 The orphans themselves feel more like concepts then real children, as their stories and abilities lack any emotional hooks to allow us to really care about them. There are twins who float around creepily, a girl who has to wear gloves to stop herself starting fires, an invisible boy who plays tricks on the others, and a girl with a mouth on the back of her head—all of whom are largely window-dressing to the story. Emma Bloom (Ella Purnell) is the only peculiar to make an impression, so it’s a shame her character is tarnished by giving her an unnecessary love interest. 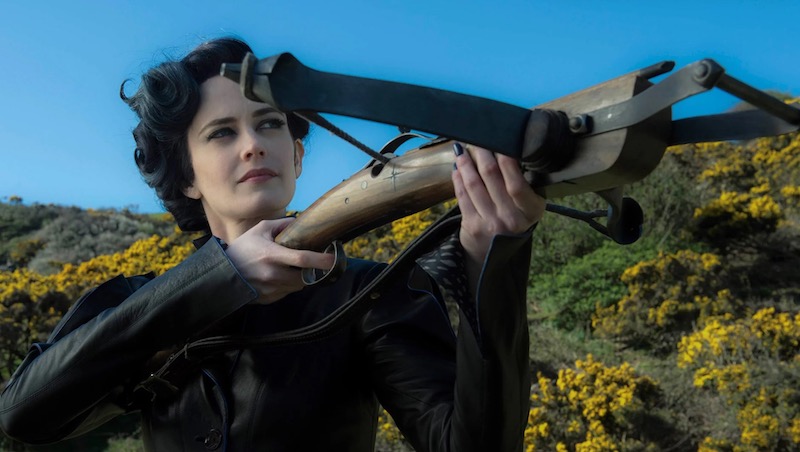 Eva Green, as a Mary Poppins-style guardian to the misfits, perfectly pitches her character as a distinctly Burtonesque muse without crossing into parody. Peregrine’s transformation into a falcon during times of danger is even foreshadowed in her performance, with Green’s rigid posture and talon-like fingers. Peregrine may have been created by Rigg, but here she’s quite clearly a Burton creation with her sweep of blue-tinted hair and piercing eyes. Samuel L. Jackson and his flamboyant costuming, on the other hand, wobbles unsteadily on the fence between cartoon villain and outrageous parody. I also took exception to the loud score, by Mike Higham and Matthew Margeson, which is too aggressive for the soporific Gothic world being presented. Danny Elfman would’ve been a predictable but preferable collaborator.

Ransom Riggs’s book is more Burtonesque than most Tim Burton movies, but this adaptation lacks the author’s twisted humour. On a positive note, there’s no sign of Burton’s tedious muses Helena Bonham Carter and Johnny Depp, and te individual story components also function well, even if you’ve seen them done better elsewhere. Whether or mot they’re coherent is another matter entirely. So, Miss Peregrine’s Home for Peculiar Children isn’t as imaginative and creative as old-school Tim Burton, but it’s a moderately enjoyable dark children’s fantasy.