Judy focuses on the actress and singer Judy Garland (Renée Zellweger) in the last years of her life. Garland worked tirelessly throughout her childhood to achieve stardom, denied many of the simple pleasures people take for granted, but ultimately couldn’t afford to support her children later in her career.

The narrative focuses on Judy in her forties, although snippets of her childhood are shown in flashbacks—where we see how tirelessly she was worked, how she was scolded for eating junk food and acting like the child she was. She was an icon of a bygone Hollywood era but, by 1968, she was homeless, penniless, and unemployed. That changes when she’s offered a London residency, which she has no choice but to agree to, forcing Judy to leave her younger children with their father Sidney Luft (Rufus Sewell) and move to England. While still incredibly talented and respected around the world, Judy’s severe anxiety and alcoholism threaten to derail her run overseas, as her unreliability slowly destroys her credibility. 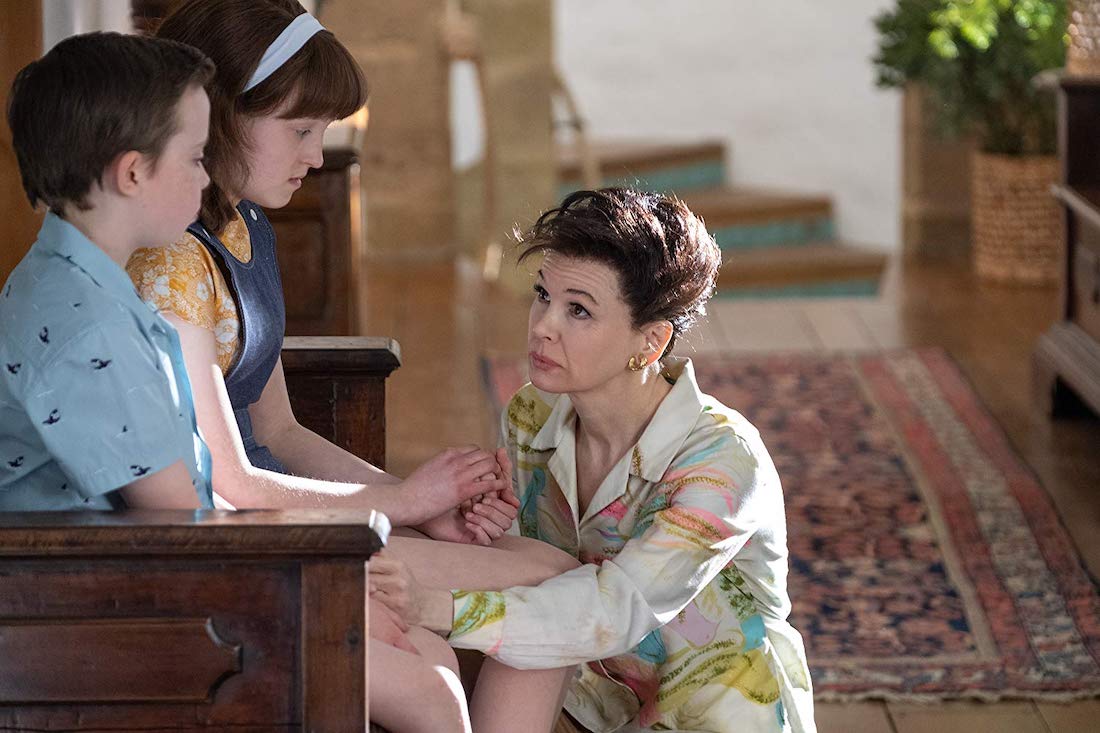 Adapted from Peter Quilter’s play, End of the Rainbow, Judy is built on Renée Zellweger’s powerhouse performance. The Texan actress embodies the tornado of emotions Garland was going through daily; the expectations and demands a Hollywood icon must live up to, the brainwashing early years, and the mental health struggles that plagued her final days.

Although Zellweger delivers Judy’s wisecracks with excellent timing, it’s on stage where her award-winning performance truly comes alive. She captures the shaky, fraying vocals of a onetime legend and the ragdoll movements of an unsure adult never forgiven for outgrowing Dorothy from The Wizard of Oz (1939). Although her vocals suggest Garland’s vibrato, she never attempts to impersonate the singer… as even Judy herself, in her final performances, didn’t sound quite like herself. She was unsure if she had the power to hold a note, or if audiences would hurl insults or sing-along in adoration… and that if she could even get out of bed in time to make the show. 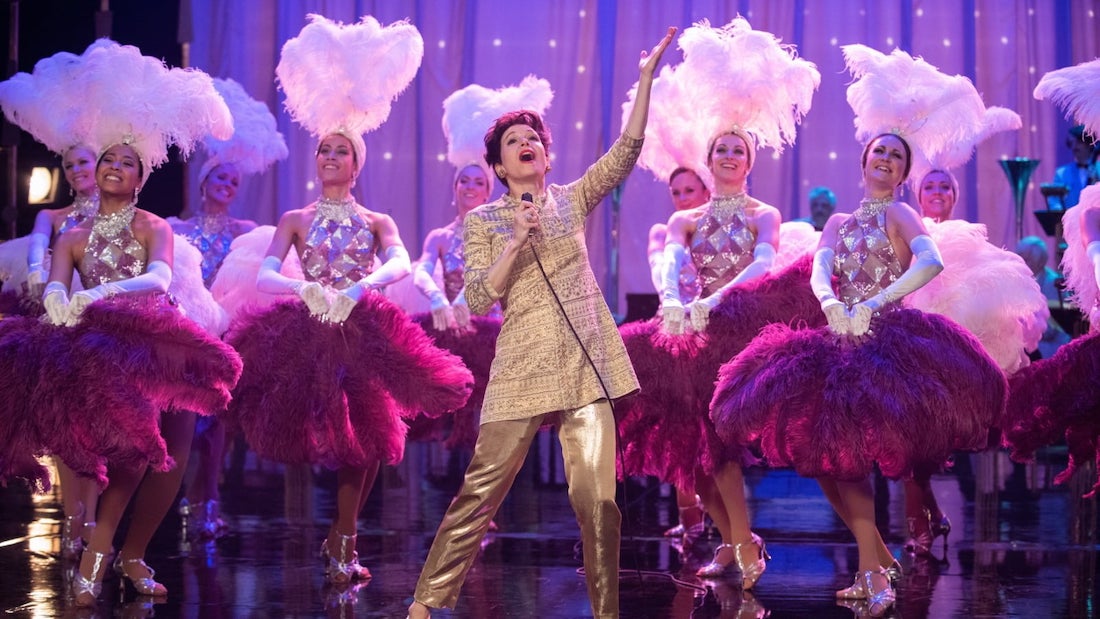 It’s not just Zellweger who shines, Darci Shaw brings a vulnerability to her role as the young Judy—a little girl torn between acting her age and pleasing film studio chief Louis B. Mayer (Richard Cordery). The flashbacks are heavy-handed but create a keen sense of the damage that can be done in the lives of developing child stars. For anyone unaware of the pills and surveillance used to keep young actors toeing the line, it’s easy to connect these flashbacks with the current wave of Hollywood kids who’ve revealed the cruelties they suffered in their careers.

The supporting cast are like cardboard cutouts, especially when compared to the complex leading lady. Rosalyn Wilder (Jessie Buckley), the brisk production assistant on Judy’s London show, is patient and understanding of Judy’s personal issues, but her small storyline borders on repetitive and is much too understated. 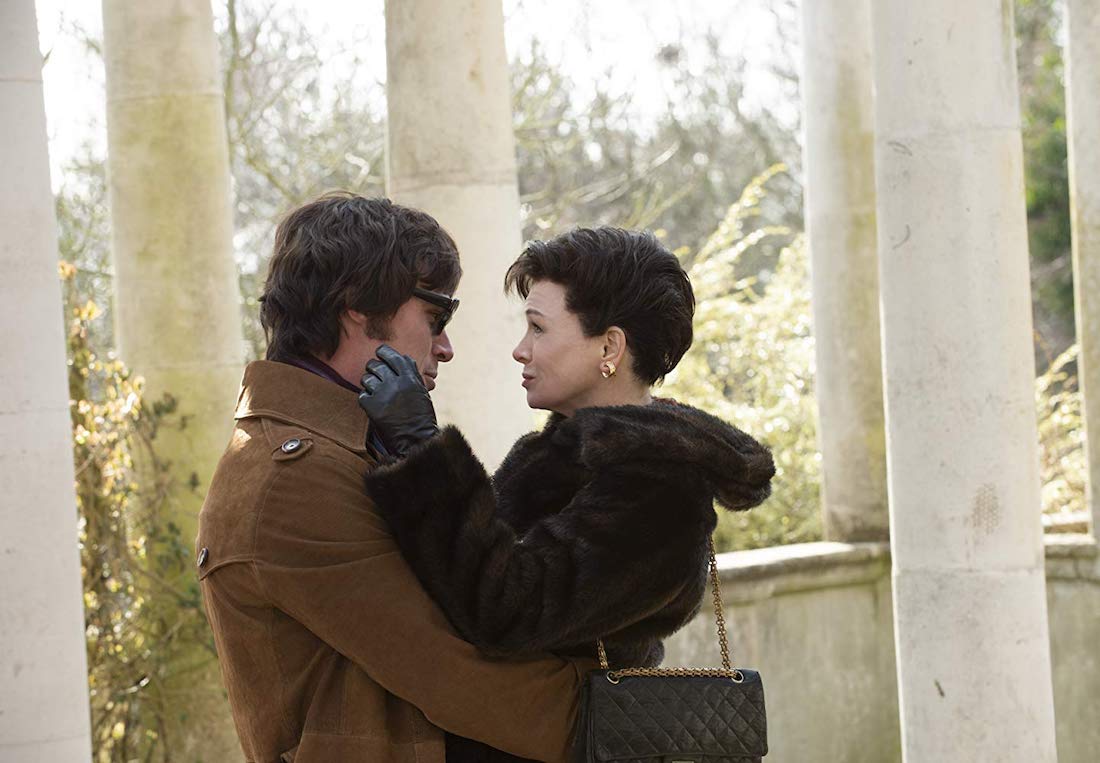 The two supporting characters who stand out from the crowd are a gay couple (Andy Nyman, Daniel Cerqueira) who’ve looked up to Judy Garland as a source of inspiration. They spend an entirely ordinary evening in the company of their hero, trying to make omelettes and telling her how much she influenced the marginalised LBGT community. It’s a saccharine tangent, but it shows the power that entertainment can have on those people pushed to the edge of society.

Finn Wittrock (American Horror Story) does what he can as Mickey Deans, Garland’s fifth and last husband. He’s young and eager, full of natural charm in contrast with her former partner Sidney Luft who’s cold and exasperated by Garland’s self-destruction. Audiences will want to get caught up in Deans and Garland’s romance but it’s clear where it’s heading, the script doesn’t bother setting up a romance to root for.

Director Rupert Goold (True Story) and writer Tom Edge (The Crown) pepper this tragedy with tinges of hope but, overall, this is a study of a woman plagued by a system that let her down after a string of bad choices. Garland never had her happy ending in real life, so don’t expect one here. 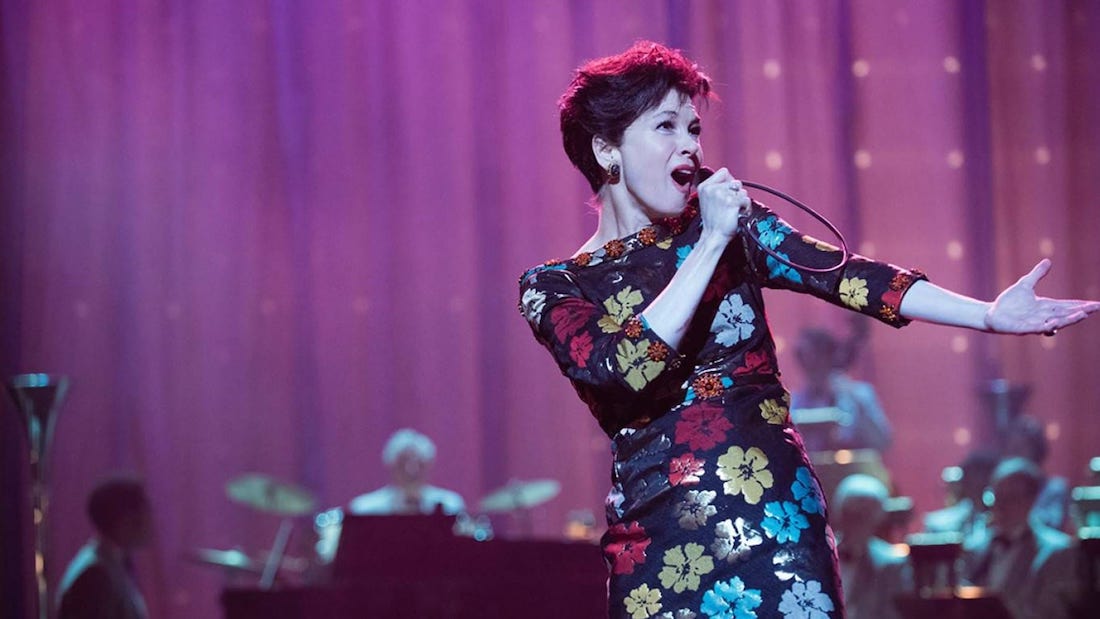 There are generations of filmgoers who only have slim knowledge of Judy Garland and might only recognise her from The Wizard of Oz, and those people may scratch their heads at how she’s cited as one of the greatest entertainments of all time. There’s a lack of context and a lack of sense about who Judy truly is, besides a talented child star who grew into a problem-riddled icon. The narrative would’ve benefited from seeing her on form at Carnegie Hall (often considered one of the greatest performances in showbiz history) or during one of her Academy Award-nominated performances. It’s a detriment to the icon that this film only depicts her as a sad, sick, anxious shell of the woman seen in A Star is Born (1954).

Judy falls down thanks to the script, which never matches the energy the actors are giving the material. Zellweger perfectly captures a woman on the edge of things, forever threatening to fall off as onlookers jeer. It’s crushing and only heightened by her sad songs made sadder by the woman singing them. The production values make it appear more like a TV movie, too, with a cast of solid British actors and a modest budget. Despite the production’s shortcomings, it’s an uncomfortable watch and tragic because this isn’t just Judy Garland’s story but an example of Hollywood repeating itself.

JUDY is available now on digital download and on Blu-ray and DVD from 3 February 2020. 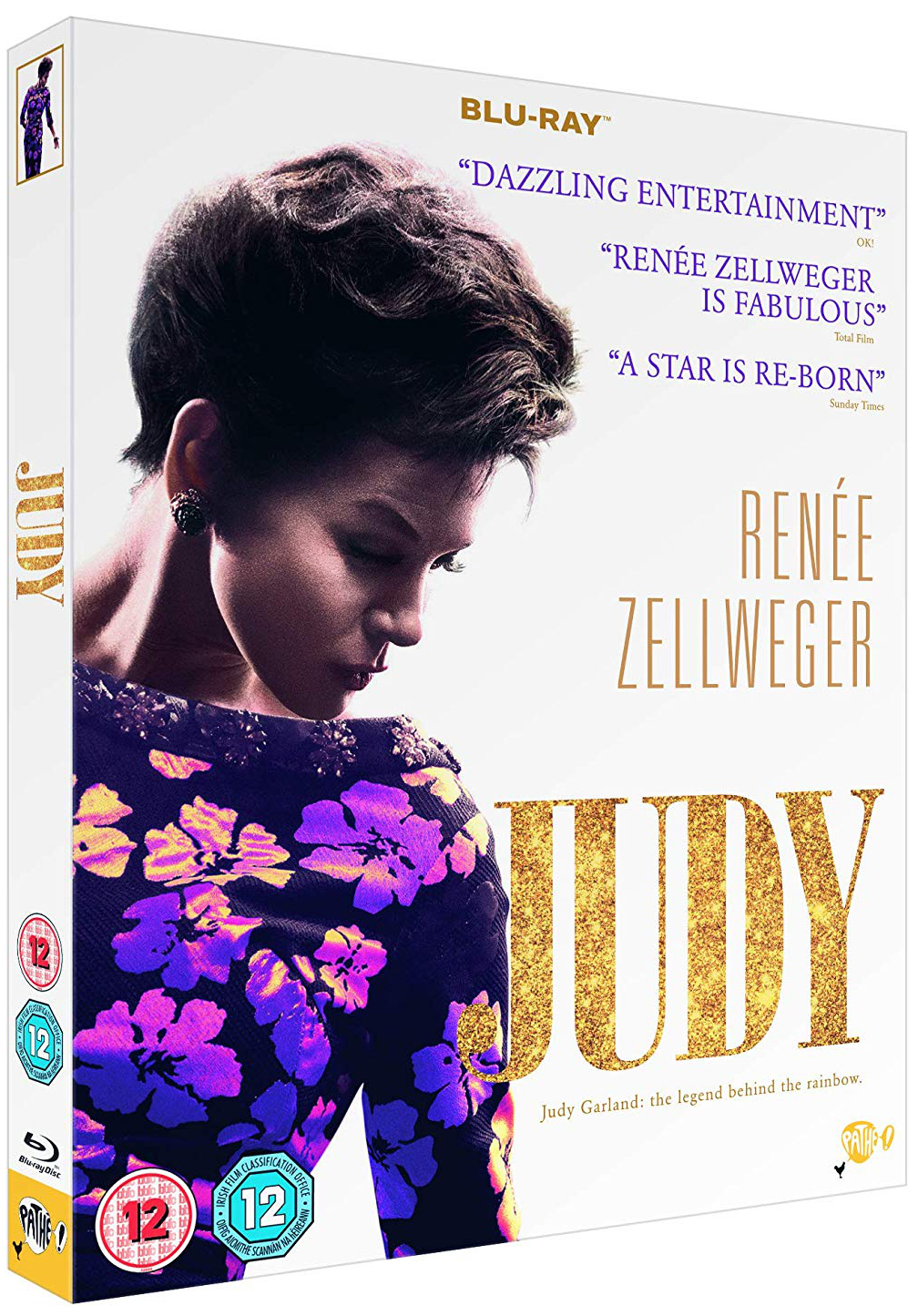 The Blu-ray extras are slight and short. They certainly haven’t been generous with the bonus features, sadly. It would’ve beneficial to have a longer, more in-depth featurette on the months leading up to production, how Renee learnt to move and sing like Judy Garland, and why they chose the scenes they did to portray the life of an icon.