The basic problem with Vinyl is that it’s like a really good three-minute pop song trapped inside a prog rock monstrosity. While this week’s episode, “Yesterday Once More”, was less ponderous than the two-hour opener, Vinyl still feels like an over-stuffed and baggy monster of a show; as excessive as the cocaine its increasingly out-of-control leading man continues to stick up his nose.

And yet despite these flaws, I can’t quite bring myself to hate it, because every now and then there’s a scene of almost hypnotic beauty, such as the moment when a dazed Devon (Olivia Wilde) drove her car in the sunshine to the Karen Carpenter song that gave the episode its title, and because scrabbling around the sidelines away from Richie’s grand guignol breakdown are a bunch of interesting stories about disappointment, frustration, and despair. I like that Vinyl. The Vinyl of Devon, former Warhol girl turned trapped housewife; of Jamie (Juno Temple), ambitious for recognition and undervalued by all; of poor, henpecked Zak (Ray Romano), struggling at home and work and on the verge of a less grandstanding and more heartbreaking breakdown than his boss. That Vinyl is interesting. The main storyline about a raging egomaniac destroying everything around him in the name of rock n’ roll? Sorry but I’m not so excited by that.

Life in the Fast Lane.

We kicked off “Yesterday Once More” pretty much straight where the opener ended, as Richie (Bobby Cannavale) continued his coke-bender now with an added layer of religiously inspired delusion, thanks to surviving the collapse at the Mercer. “I was mugged by God but I took his wallet instead,” he raged while I inwardly congratulated Cannavale on being able to deliver that line with a straight face. Indeed, so hyped up was our hero by his night of murder and mayhem that he promptly pulled out of the Parlophone deal, punched his partner, Zak, in the face breaking his nose, attacked Scott (P.J Byrne)—which to be honest was possibly the act of a sane man given those sideburns—and sacked the entire A&R department, giving them two weeks to find a new act or head elsewhere. Now that’s how to go on a bender!

Truth be told, the scenes were both pretty funny and rather horribly accurate if you’ve ever had to spend even an hour in the company of someone on a cocaine jag (and Cannavale was excellent in them). The problem is that it’s hard to sympathise with Richie. I know we’re supposed to appreciate his passion for music, his creativity, his realisation that he’s sold out everything he’s ever stood for, but sadly most of the time I just want to give him a shake, put on my best ‘mum voice’ and tell him to grow the hell up! 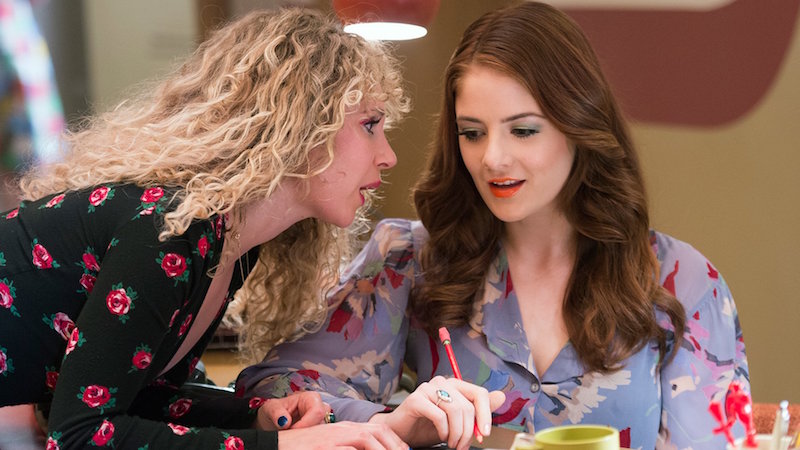 Still, if Richie is wearing my patience, his wife Devon is increasingly fascinating me. Olivia Wilde has always been a subtle, clever actress, and she made the most of her storylines this week—turning what could have been a fairly clichéd story about sacrifice and broken dreams into a wistful and haunting examination of what it’s like to be the grown-up in a broken relationship. The moment when she realised she’d left her children in the diner as she drove ‘Lucy Jordan‘-like away to freedom, was beautifully done; while the scenes in Warhol’s Factory made the most of Wilde’s almost secretive appeal. She’s an actress who always seems to be withholding something, and that works well for this character—who’s so busy being viewed as a muse by everyone around her that they forget to look closely enough to see the steel hidden deep within.

Poor old Zak. Not everyone will sympathise, but I felt bad for Richie’s right-hand man, who has clearly bet the house on the deal with Parlophone going through and now faces financial ruin on the back of it. Nor are matters helped by his grasping wife, spoilt child, and the upcoming Bat Mitzvah to pay for. There is an argument to be made for the scenes with his family veering dangerously close to stereotyping but Ray Romano has been a quiet revelation in this role, and the scene where he contemplated overdosing on Valium almost broke me. “Chase Manhattan doesn’t give a fuck about dreams”, indeed. 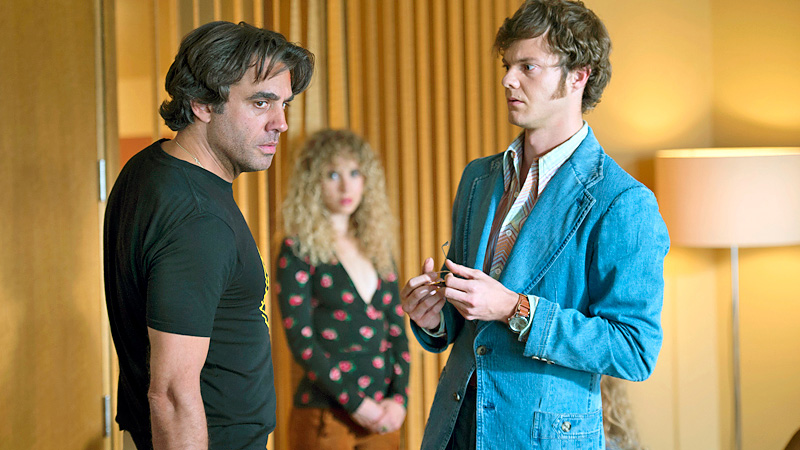 There was some great music this week, featuring everything from David Bowie’s “Jean Genie” to Creedence Clearwater Revival’s “Bad Moon Rising“. If nothing else, Vinyl has an awesome soundtrack. However, I can’t not give the song of the week to the Velvets—in a toss up between “Run, Run, Run” and “Venus in Furs“, I’m going with the latter.

They’re horrible. They can’t play. I didn’t understand a word of their lyrics. And the singer smells like ammonia.

So what did you think? Does Vinyl have something to say or is it all so much sound and fury? Did you care about Devon’s issues? What about Zak’s? And what’s the Velvet Underground’s best song¹? As ever all speculation and no spoilers welcome below…

¹ The answer is “All Tomorrow’s Parties“. Sorry, but it is.