A Series of Unfortunate Events occupies an interesting position as a story that’s simultaneously charming and dark. There are very few other tales that boast this balance of traits, so the specificity of its tone is absolutely key. It’s the second time around that this narrative’s been adapted from the original novels by Lemony Snicket (the pseudonym of author Daniel Handler), and this is far more successful than Brad Silberling’s 2004 movie starring Jim Carey. As full as whimsy as it is despair, it can be difficult to see how this could possibly work… and yet it does, just like the immensely popular book series and, to some extent, the slightly less popular movie. The 8 episodes of this Netflix series prove to be terrific fun, boasting gorgeous art direction, wonderful performances, and uniquely inventive dark comedy.

It’s clear the original programming gamble is really paying off for Netflix, as the streaming giant has defied expectations about its potential for growth while pouring cash into new content of every variety. Still, this might be a first for the company; Netflix hasn’t put its name behind something quite this obviously family friendly to date. This is a show that’ll be just as much for adults as it will be for children, and it’s certainly a stronger adaptation of the books (with Handler also serving as executive producer and writer) than the movie version. The casting is also utterly perfect (with Patrick Warburton’s portrayal of Snicket being a standout), the tone is exactly what it needs to be, and the story is afforded more space to breathe in television’s episodic format than a tight movie. 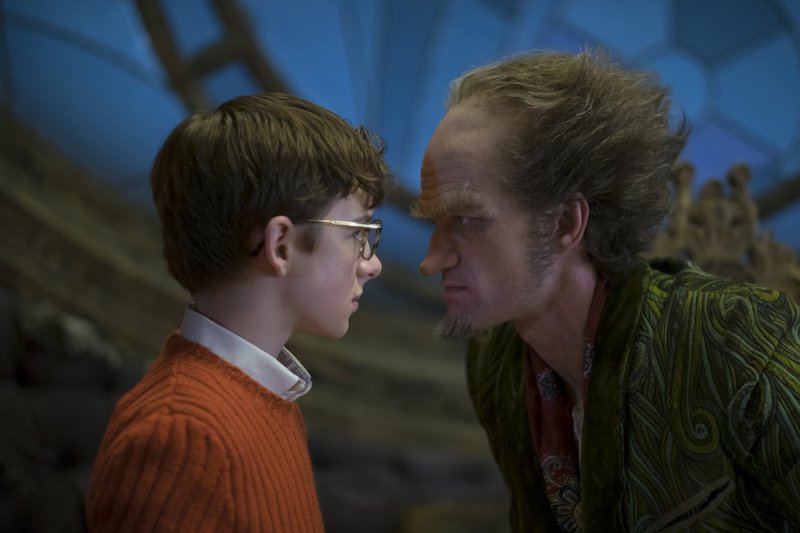 The story follows the Baudelaire siblings, who are orphaned when their parents die in a devastating fire that destroys their home. There’s creative older sister Violet (Malina Weissman), her bookish brother Klaus (Louis Hynes), and baby sister Sunny (Presley Smith), and in the aftermath of this family tragedy they’re carted off to live with evil Count Olaf (Neil Patrick Harris). And while Olaf believes himself to be a great actor, it’s easy for us and the kids to see he’s only posing as a distant relative and is secretly intent on stealing the Baudelaire fortune that Violet will eventually inherit. The structure neatly divides each of the first four books (“The Bad Beginning”, “The Reptile Room”, “The Wide Window”, and “The Miserable Mill”) between a pair of episodes, to make each instalment essentially a feature-length movie in its own right. The children move from place to place, guardian to guardian, while Olaf pursues them and concocts dastardly schemes to get his hands on their money.

For all of its fun, it can also be incredibly dark. Characters die, circumstances always feel bleak, and Olaf is a consistently unsettling villain (although occasionally the show takes a little too much delight in Harris’s menacing but often hammy performance, which erodes some of Olaf’s edge). The look of A Series of Unfortunate Events is a wonderful mix of Tim Burton-esque Gothic design, mixed with Wes Anderson’s visual humour, and a touch of the Pushing Daisies aesthetic (no surprise that director Barry Sonnenfeld was behind several of that show’s episodes). It’s a treat just to look at, and with such an assured tone and confident performances, there’s very little about the show that doesn’t work. 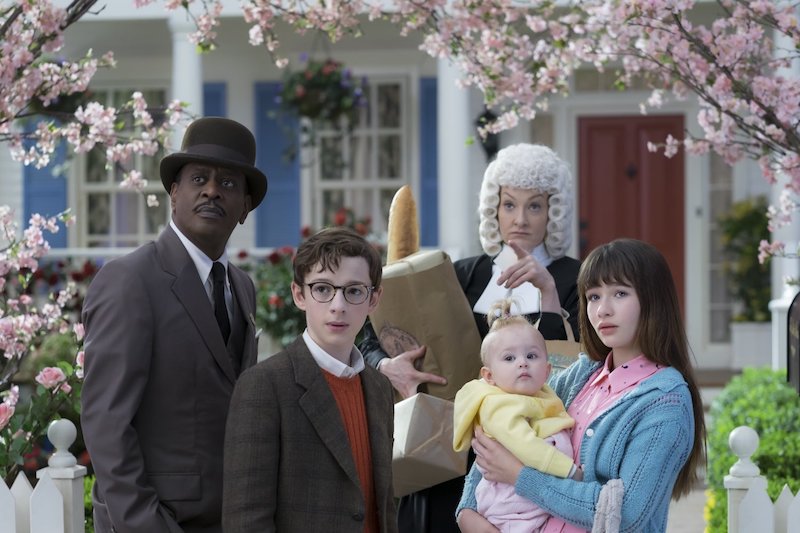 With Lemony Snicket himself, Daniel Handler, crafting the shape of the season and writing the scripts for many episodes, there’s a sense that even when this deviates from novels it does so in a way that’s fitting and in keeping with the original intent. The show sows the seeds of key mysteries and important organisations far earlier than the books did, there’s more development for characters who just get passing mentions in the source material, too. And, without spoiling too much, the first episode ends with a twist that seems to completely upend the premise and was never included in either the previous film or the novels.

One highly worthwhile change that the shows makes is the greater involvement of Lemony Snicket as a character in his own right. Warburton’s portrayal of the author’s alter ego, who appears both as a dry-witted, fourth-wall breaking narrator and a man on his own adventure, is pitch-perfect in every way. And he’s far from the only fantastic performance. Neil Patrick Harris makes a terrific Olaf, and while he dips into acting a little over-the-top, it still works and is more restrained than Carey’s manic interpretation. It’s also great to see the producers cast real kids rather than having older teens play younger, and the performances from Weissman and Hynes are particularly great. Hynes’ exasperated line reading of “I’m having a very terrible childhood right now” in the penultimate episode is especially excellent. 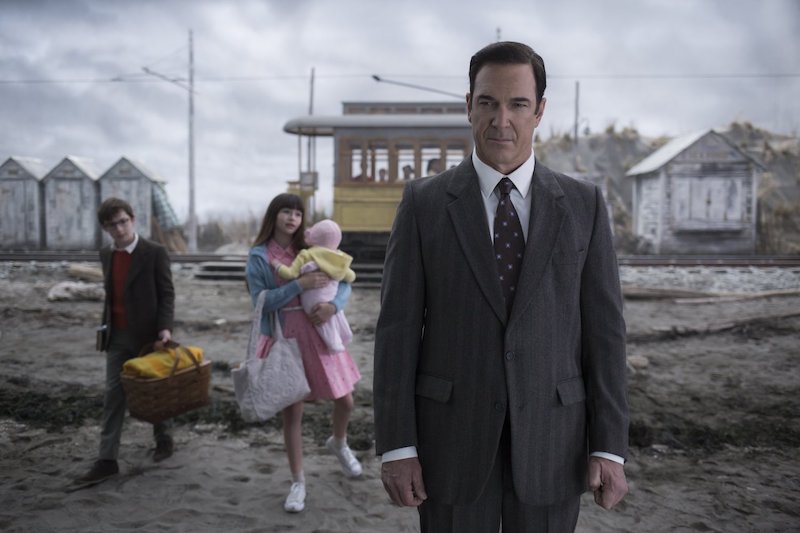 From the get-go, Netflix just seems to have got everything right about A Series of Unfortunate Events. Harris sings the bleakly catchy theme music that begins each episode, the score is dark and sombre, and the direction is gorgeous. Not only are the central performances top-notch, but great guest stars step in for the smaller roles — like Joan Cusack as Justice Strauss, and Rhys Darby and Don Johnson as a pair of mill owners in the final storyline. And then there’s herpetologist Uncle Monty (Aasif Mandvi), grammarian Aunt Josephine (Alfre Woodard), and Catherine O’Hara (who played Justice Strauss in the film 13 years ago) returning to this story as sinister optometrist Dr. Georgina Orwell. All of them are wonderful, fitting effortlessly into the distinctive world that’s been created.

It’s the show’s dark sense of humour that makes it so worthwhile, as it’s quite unlike anything you’ll find on any other series. “If you are interested in stories with happy endings, then you would be better off somewhere else” we’re told right at the start of this adventure. It’s true that there’s rarely any turn of events that leads to happiness for the main characters, and yet it’s still an utter delight. The tiny moments of optimism and togetherness that the kids grasp for, as their situation only seems to get worse, give the story its emotional undertones, and each instalment is scripted and set up so well that you’ll rarely be left in a position where you not hitting play on the next episode. A Series of Unfortunate Events pulls off a delicate tonal balancing act magnificently, and is ideally positioned as a rewarding binge watch for all the family.