For a show described as a legal comedy-drama, Better Call Saul has spent very little time in a court of law. The character of Jimmy McGill (Bob Odenkirk) thrives during the pre-trial wheeling-and-dealing, preferring to settle things before a judge and jury have to get involved. That’s one reason it’s such a refreshing “lawyer show” — not that I don’t also love shows like The Good Wife. However, it would be dramatically unwise to never show Jimmy doing his actual job in a courtroom, so “Chicanery” was a welcome indulgence: a full hour of McGill v McGill.

The cold open returned us to the recent past, providing more insight about what happened between Chuck (Michael McKean) and his violinist wife Rebecca (Ann Cusack). There have been theories that her death brought about Chuck’s electromagnetic hypersensitivity (EHS), forcing him to withdraw into himself, but this episode confirmed they’d divorced shortly before Chuck started to fall sick. The two events may still be connected, of course, given how EHS is not a medically recognised condition. But in the opening scene, Rebecca was invited over to Chuck’s home, along with Jimmy, for another of his delicious home-cooked dinners. Only now, Chuck was having to lie about the power being cut to explain the house’s lack of lighting. It was a nice scene, with a somewhat inevitable twist that Chuck’s veneer of normalcy would slip, which it did once Rebecca took out her mobile phone and provoked Chuck into knocking it to the floor, claiming it was “rude” to take a call during dinner. The lie seemed to work, although it soured the evening, so on some level I was wondering why this scene had to exist… but, of course, it was clever foreshadowing. 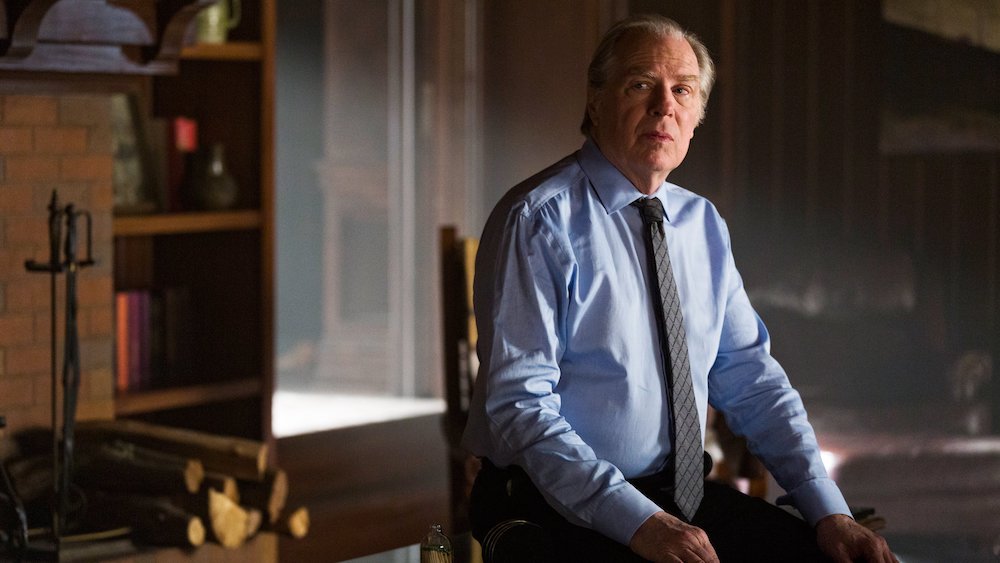 After a number of episodes leaping back-and-forth between characters and storylines, or sometimes bisecting hours between Mike and Jimmy, “Chicanery” was wholly focused on the McGill brothers. It was the day of the hearing in front of the State Bar, with Chuck preparing to get his brother disbarred from practicing law, with the aide of his taped recording of Jimmy’s confession to falsifying documents.

Better Call Saul often works because it tells simple stories, but finds ways to keep them interesting by withholding information until the moment it’s necessary for the audience to be let in on something. We’re often kept in the dark, as too much knowledge would spoil things. It’s a common enough screenwriting device, of course, but Better Call Saul does it better than most, and this episode was a fine example. 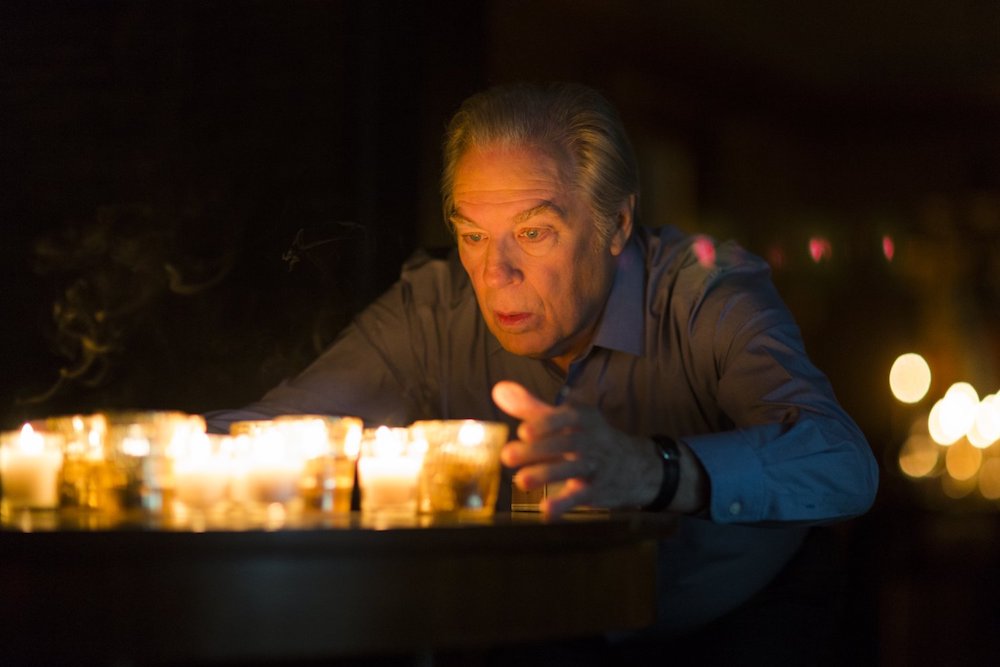 It was fantastic to see Kim (Rhea Seehorn) cross-examining her old boss Howard Hamlin (Patrick Fabian) in the dock, and unravelling his excuse that Jimmy wasn’t hired by Hamlin Hamlin & McGill because they feared claims of nepotism — when the company itself has a father and son as named partners.

And it was also great to see Jimmy holding court, literally — acting within the rule of law, but pushing things down some unconventional avenues to paint his brother as an insane and jealous sibling obsessed with tearing him down. Which is true, if no excuse for Jimmy’s actions. It was a little obvious Jimmy’s only play was to run with the idea the recording wasn’t a confession, but a lie intending to appease the mentally ill Chuck, but the way Jimmy spun events was still masterfully done. And the cherries on top were the surprises that saw Jimmy win through: flying Chuck’s ex Rebecca into court to unsettle his brother and make him uncomfortable about discussing his ludicrous EHS; then proving Chuck’s “disease” is psychosomatic, having planted a charged phone battery in Chuck’s breast pocket that he wasn’t able to feel ill effects from. And, rather brilliantly, the man with the “light touch” who planted the battery was Huell (Lavell Crawford), a fan-favourite from Breaking Bad whom we know becomes Jimmy’s right-hand man. 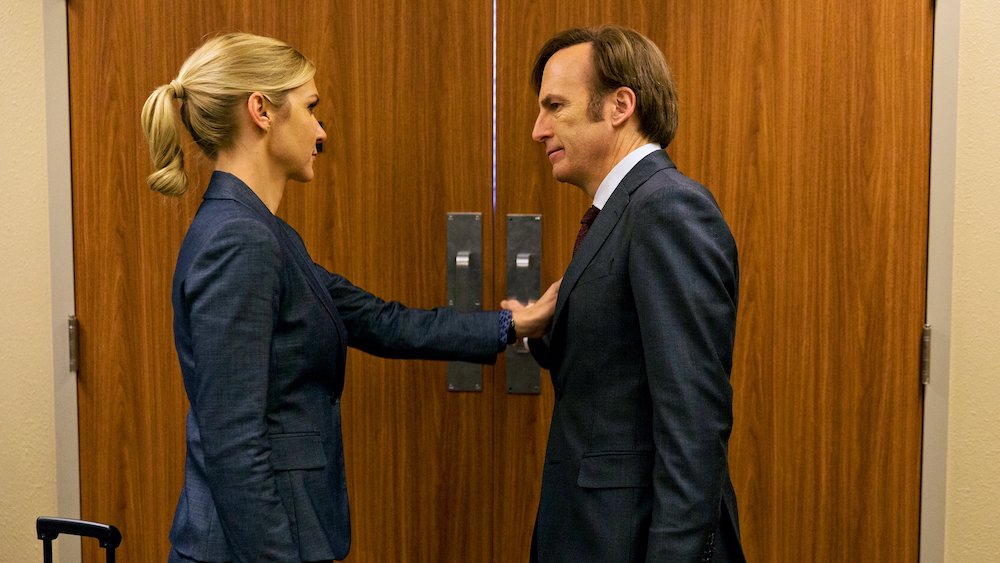 “Chicanery” was a mid-season episode that appears to have tied up the loose ends from season 2, regarding the Mesa Verde situation, so in some ways season 3 can truly begin for the McGill brothers. I would hope Chuck isn’t going to fade away, but it’ll be interesting to see how the writers keep their relationship at the heart of things… if the real intention of the show is to see Jimmy become “Saul Goodman” and radicalise his approach to lawyering. This was a pretty big and public defeat for Chuck, and it would seem his desire to see Jimmy disbarred has suffered a major setback. Jimmy isn’t so beholden to Chuck now, and is doing his own thing, so my only theory is that Chuck may now overcome his delusion and go after his brother with greater credibility another way.

Overall, this felt like a big turning point for Better Call Saul. The strange, love-hate rivalry between Chuck and Jimmy has been the basis for a lot of the show, but it feels like we could be leaving that behind now. Or if it continues, it’ll be in a different form. It’s time to really see Jimmy blossom into Saul finally, which I’m excited to see. He really proved himself in this episode, managing to claw his way to victory over his hateful brother, with the kind of unconventional thinking and tactics someone by-the-book Chuck can’t prepare against. That’s the kind of inventive lawyering scurrilous criminals need at their disposal, and which Jimmy seems very adept at.

THE BOYS – Season One