Here ends one of television’s finest seasons, and a remarkable achievement in terms of The Leftovers transforming itself into a more inclusive drama without losing its identity. Fine-tuning is what happened this year, and it’s been a pleasure to watch and review 10 episodes that didn’t really put a foot wrong; becoming something of a masterclass in high-concept mystery storytelling, driven by complex human emotions instead of empty-promises and hit-and-miss explanations.

After all the craziness and befuddling avenues this season’s explored, I thought it was marvellous how simple the answer to Evie’s (Jasmin Savoy Brown) disappearance actually was. As the opening flashback to the moment Kevin (Justin Theroux) met his new next-door neighbours proved, the Murphy’s were a broken family years before the Great Departure—as Evie and her two friends were merely keeping up appearances around adults, and privately under the control of the Guilty Remnant. I loved how this was communicated to us, too—with the girl’s loud car radio music being turned off when they were out of earshot of their parents, before they started scribbling on notepads instead. The whole idea that the GR have tentacles that snake their way into the minds of seemingly ordinary teenagers was startling, and very prescient—as that’s essentially what happens when ISIS brainwash young Muslims over the internet. 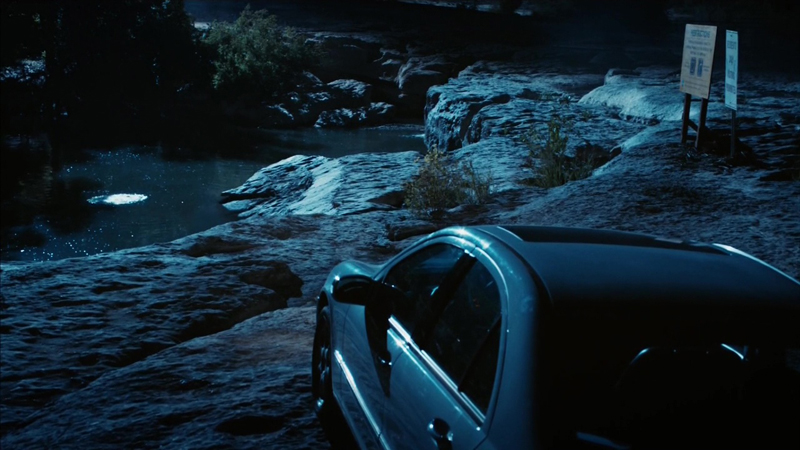 So yes, Evie and her friends faked their ‘departures’ by abandoning their car at the lakeside before going to join Meg (Liv Tyler) and her GR splinter sect. There wasn’t much more to it than that, really, although the girl’s plan fortuitously became a far grander and more complex affair—as they witnessed the sleepwalking Kevin committing suicide in the lake, seconds before the earthquake caused the water to disappear down a crack in the earth. It seems two little strands of the season’s storyline (Evie’s disappearance and Kevin’s mental health issues) just got tangled up in the viewer’s minds, as they weren’t actually related. And that was fine; it’s okay for audiences to create knottier mysteries in their heads, with the evidence being presented. We should’ve just realised that the simplest explanations are often the correct ones.

After last week’s adjournment of Kevin’s storyline after he climbed out of his shallow grave, Lazarus-style, it was great to see more from his perspective. I’d condemned Virgil and his grandson Michael (Jovan Adepo) as serial killers tricking a mentally unstable man into poisoning himself, but it seems they were genuinely aiming to help. Although, to be fair, I don’t entirely understand why Virgil had to shoot himself in the face to accompany Kevin to the afterlife as his guide. My best guess is that Virgil genuinely wanted to end his life, because he was unable to make amends with his family, but perhaps the show needed to make that a bit clearer. Regardless, Michael didn’t want to whack Kevin over the head with a spade the moment he set eyes on him, but instead helped him get over his ordeal. A bottle of water after spending eight hours dead underground is apparently just the tonic! 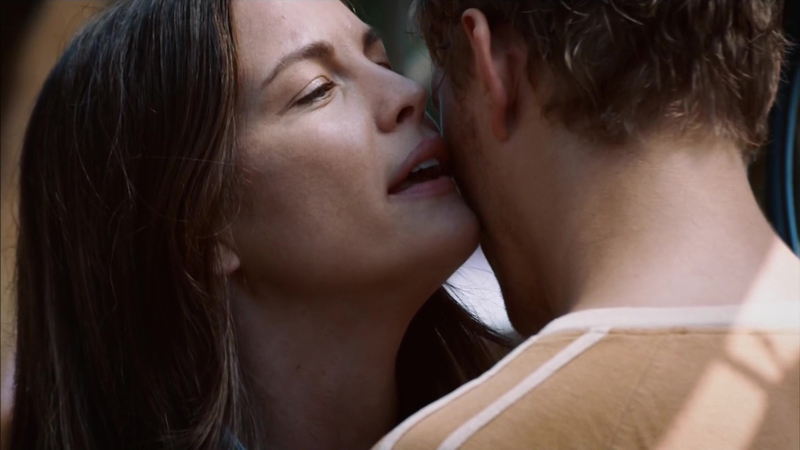 For a show that’s often criticised for being quite depressing (although the tone’s lightened up this season), it was nice to have some early optimism and miracles. Kevin’s return from the dead was good, but it was eclipsed by the beautiful moment when Mary (Janel Moloney) snapped into consciousness after a well-timed earthquake, to the surprise and delight of Nora (Carrie Coon). The Jamison’s reunion in shantytown was just lovely, just to see Matt’s (Christopher Eccleston) beaming smile as the weight came off his shoulders. Finally, he has his wife back and any suspicion she’s pregnant because he raped her can be swept away. The Leftovers may be a bit dour because it’s essentially concerned with loss, guilt and bereavement, but there are consequently few shows that make me feel happier when something wonderful happens.

With Kevin and Mary both back in the land of the living, it was time to switch focus to those ‘living reminders’ who’ve been The Leftovers’ most exasperating clique from the very beginning. And boy, did they have a trick up their sleeve this week! Similarly to season 1 building towards the GR making a grand public statement, Meg broke through the Jarden checkpoint with a trailer full of explosives and parked it in the middle of the ‘Miracle Bridge’ overlooking shantytown—where she was unexpectedly praised by most of the onlookers. A sizeable number of them were GR members in disguise, too, which helped. Evie and her two friends were the ‘suicide bombers’ of Meg’s mission, hidden inside the trailer and stepping outside to announce an hourlong countdown to detonation. In a great twist, it turned out the trailer was empty and the bomb threat just a way to get everyone’s attention before the disguised GR dropped cover and marched, en masse, across the bridge, into Jarden, to tear the town apart. 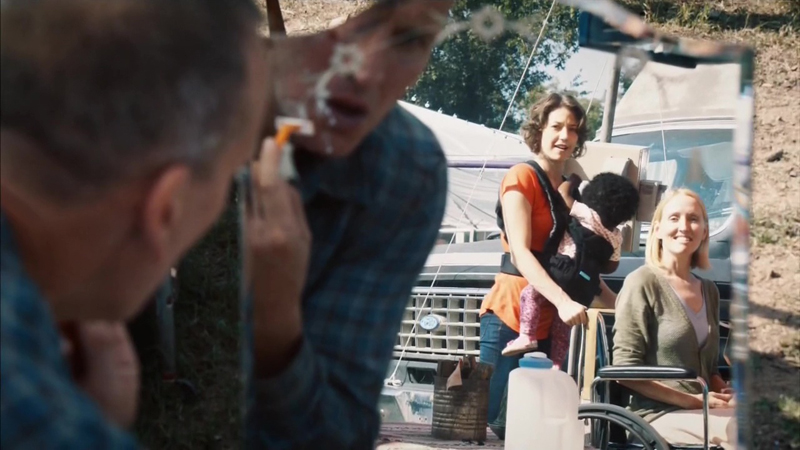 Why do the GR want to destroy Jarden? As always, their motives and rationale is hard to fathom—as Evie’s mother Erika (Regina King) pleaded with her uncommunicative daughter on the bridge for answers, but nothing was forthcoming. Meg later taunted Kevin by singing the famous Jarden hymn that celebrates how their beautiful town was spared from the Great Departure, but now their idyllic little community lies in ruin. It a complex mixture of things, and I must confess it can be a struggle to understand their point of view most of the time. My general feeling is that the GR (or Meg’s nastier version of it) simply hate that there’s a place where nothing happened, and where people have become world-famous for having avoided all the pain and loss the rest of the world struggled with. In creating a microcosm of that loss with the schoolgirls, to give them a taste of what it was like, and destroying the ‘paradise’ they have by breaking down the town’s barriers, it was just Meg’s way of levelling the cosmic imbalance.

One aspect of this finale I’m in two-minds about was the situation between Kevin and John (Kevin Carroll), with John getting palm print evidence that Kevin was at the lakeside when his daughter vanished. It was good that he didn’t completely fly off the handle and instead wanted to talk with Kevin about what happened (showing that he knows Kevin enough to realise he’s no child-murderer), and I can even accept a hothead like John would shoot Kevin in the stomach after hearing a theory that Evie didn’t love him… but the return trip to the hotel afterlife? Was it necessary? The “International Assassin” episode was an undoubted highlight of the season, but seeing Kevin once again wake up naked inside a hotel bathroom and have to get back to reality felt like pointless repetition. A feeling made worse by the quicker, sillier way Kevin had to return—by singing Simon & Garfunkel’s “Homeward Bound” at a karaoke run by the enigmatic Australian he’d previously met at the bridge. 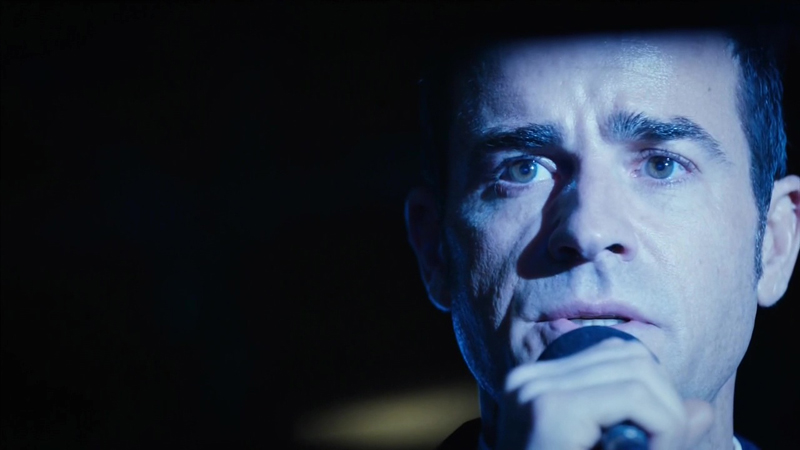 Still, while it did feel a bit unnecessary, it was just about worth the repetition for the sequence where Kevin once again returned to life with a nasty gunshot wound to his abdomen and found himself in what amounted to a living hell—with Jarden mostly on fire, property destroyed, and the denizens of shantytown having brought their violent circus into the heart of town. And then, that excellent scene where Kevin’s attempted murderer, John, made amends by tending to his wound at his wife’s surgery, before helping him limp back home.

At the end of “I Live Here Now”, fortunes have reversed for Jarden’s two patriarchs. John’s happy family has been torn apart now its underlying problems have come to the surface (his wife Erika was planning to leave him, his daughter Evie’s joined a cult, his father Virgil’s dead, his son Michael’s been harbouring secret about his broken family since before the Great Departure), but Kevin walks through his front door and discovers his entire family are there waiting for him—Nora’s back with baby Lily, Matt and Mary are together and expecting their own child, his daughter Jill (Margaret Qualley) and son Tommy (Chris Zylka) are reunited, and his ex-wife Laurie’s (Amy Brenneman) has been allowed to stay by her estranged kids. Season 2 was largely about Kevin trying to keep his family together, so it was nice to see he managed that in the end.

And lessons have been learned, because poor unfortunate Kevin has an open invitation to come over to the Garvey’s if his own family have abandoned him. The Leftovers is a show about dealing with loss, fundamentally, and the overriding lesson is that those left behind shouldn’t turn their backs on each other. 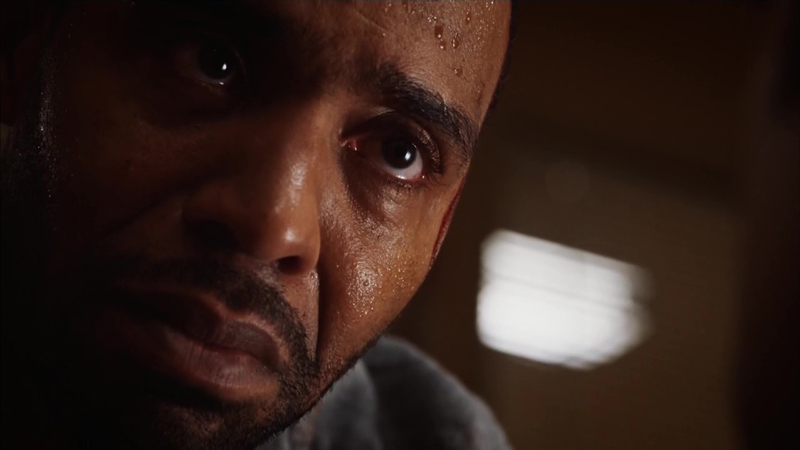