As has so often been the case this season, the opening shot of “Do You Remember Moon Flower?” is designed specifically to startle us. The jarring sight of a vivid green jungle vista is perhaps the most colourful shot in The Knick’s history, and the opening moments are reminiscent of nothing less than one of the most iconic film openings in history—Raiders of the Lost Ark. Given The Knick’s preferred cold, bleak visual palette, it immediately wrong-foots the viewer.

And if, for a moment, it would seem like the show’s giving us an entire flashback episode—we’re in Nicaragua, 1884—that proves not to be the case, with these verdant and vibrant scenes merely book-ending the hour. What we do get is the initial meeting between one Dr. John Thackery (Clive Owen)—here a fully sober, and apparently travelling physician/adventurer—and Captain August Robertson (Grainger Hines).

It’s long been known that Thack has Robertson’s support at the Knick due to an old favour, and here we get to see what that favour was. We also get a reminder that Robertson likes to cut corners to save a buck, and that he’s not necessarily the most responsible when it comes to introducing diseases to places… much of which links into the evidence against him that Cornelia (Juliet Rylance) has recently amassed. (But more on that later.) 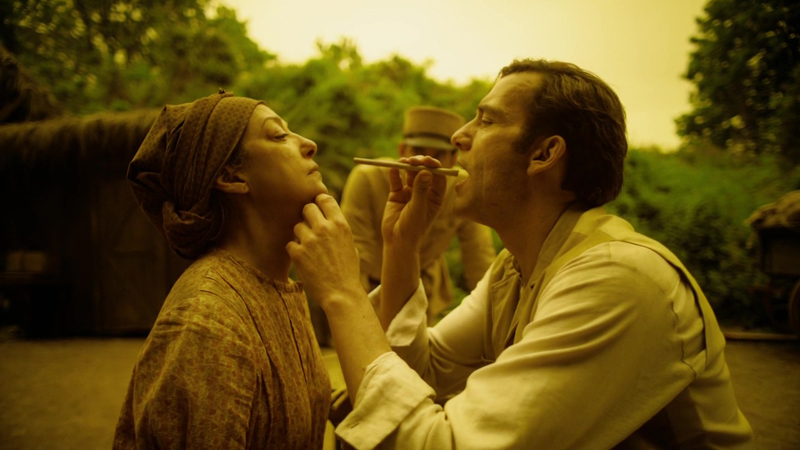 Back in the present day (the show’s present, that is), there’s some good news at the Knick for once, as the newly-separated conjoined twins take their first steps as individuals. It’s a lovely, heart-warming scene, although you wouldn’t know it from the daggers that Thack shoots at Algie (Andre Holland) when he delivers his report.

It’s an hour that’s relatively light on Clive Owen, but it’s safe to say that he is not taking Abby’s tragic death particularly well, having lapsed back into intoxication and apathy. To add insult to injury (well, injury to injury), Algie and Bertie (Michael Angarano) finally convince him to get himself examined for the stabbing pains in his side, where a fancy new gizmo of Zinberg’s (Michael Nathanson) reveals that years of intense cocaine use have rotted his intestines away. Surgery is needed, but he initially refuses. 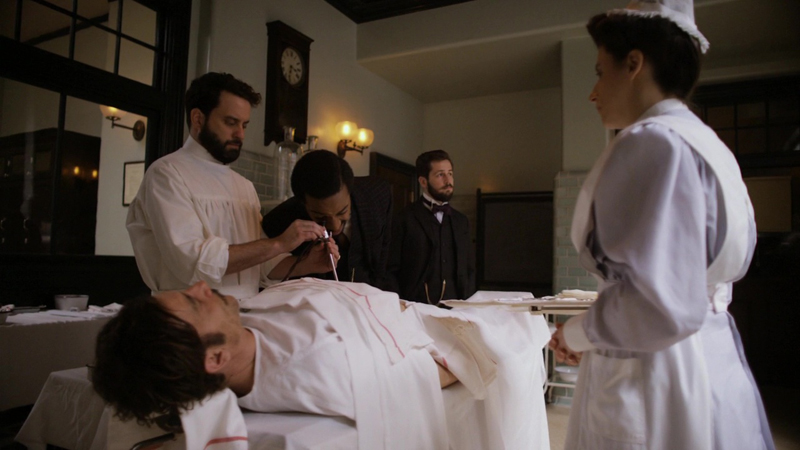 The notion of consent also rears its head in another sequence, as Algie attempts to get Gallinger (Eric Johnson) struck off for his abhorrent sterilisation procedures. As the case goes to a tribunal, Soderbergh frames the scene obviously, if effectively, with Algie and Everett positioned on each side of a silhouette of the man presiding—the proverbial angel and devil on the shoulder. Each state their case well, but fusty old white men will never listen to a progressive black man like Edwards, regardless of his arguments (even though Everett still refers to it as the “idiot house”, which should speak volumes about the issue of his alleged informed consent).

Cut to Algie stood outside, rolling up his sleeves, in a gesture familiar from his brawling days last season. And as much as we want to see Edwards pummel Gallinger into oblivion, Everett appears to take the high road, pointing out that resorting to primal violence in the face of civility merely proves his opinion of him. And just when you begin to think that maybe—just maybe—Gallinger has a point, he sucker-punches Algie and spits the ‘n-word’ at him. He then goes home to rut with Dorothy (Annabelle Attanasio)—his wife’s sister—displaying far more animalistic behaviour than we’ve ever seen from Algie. That he reveals that he specifically aimed his blows for Algie’s bad eye is the final indignity. Halfway through the episode, and it already feels a very long time since that sweet moment with the twins’ first steps. 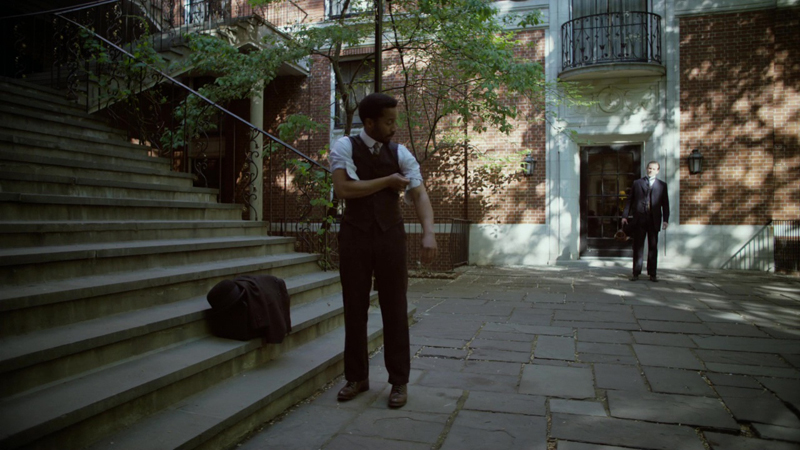 It doesn’t get much rosier elsewhere, with Harry (Cara Seymour) being unnecessarily cruel to Cleary (Chris Sullivan), even as he’s been nothing but honest and reasonable in light of his feelings towards her. The minute she said no, he respected it, and yet still she cuts him the gorilla jibe, even as you get the sense that she doesn’t mean a word of it. As a former nun, it seems far more likely that Harry is merely struggling with her own feelings of desire towards a man she’d never have considered more than a nuisance not so long ago.

Barrow (Jeremy Bobb) also finds himself wrestling with a loved one, albeit far more openly. By pure chance, Barrow’s wife Effie (Molly Price)—so ruthlessly discarded last week—has stumbled onto proof of his various fraudulent activities, and is blackmailing him to keep her in the life to which she’s accustomed. It’s rather too convenient that she’d happen to stumble upon this mother lode so soon, but if the writers’ machinations show through a little, at least it’s at the expense of Barrow’s happiness. It’s a particularly ugly scene, with neither party hiding their disdain for the other, and very well performed by Bobb and Price. 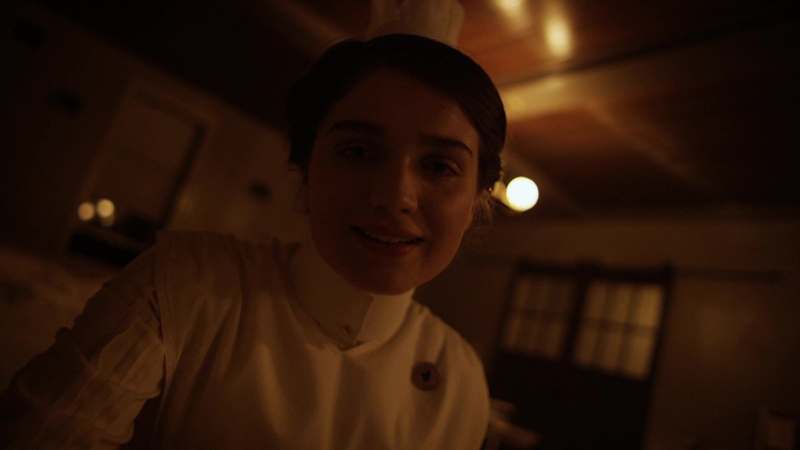 Speaking of ugly, it doesn’t get much uglier than murdering your own father, does it? Eve Hewson gives a dynamite performance as Lucy pulls up alongside her paralysed father, and recounts the story of the beaten down mule from their past that lends the episode it’s title, before maliciously detailing all of her sordid affairs, sins, and sexual liaisons to him, before becoming the angel of death and injecting him with a substance to end his life.

The decision to shoot from A.D Elkins’s (Stephen Spinella) point of view, looking up at the sweet, innocent face of a nurse—a daughter—makes the scene even more uncomfortable to watch. The dissonance between the virtuous visuals and the cruel words spoken is huge. It’s a skin-crawlingly horrible sequence (something the show normally only achieves with scenes of surgery), and while it’s a shame that Spinella won’t be around any longer after making such an impression earlier this year, that was a hell of a farewell scene for he and Hewson to play, and they both nailed it. 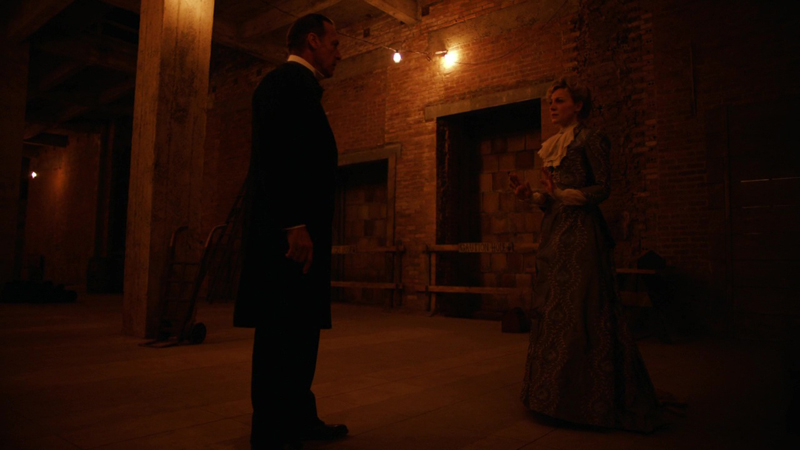 Equally impressive is the long sequence that ends the episode, with Cornelia instructed by her brother to confront their father at the site of the new Knickerbocker. From the moment Henry Robertson (Charles Aitkin) suggests it, something seems off: could it actually be him that’s implicated in the evidence Neely has uncovered, rather than their father? It seems so, as the scene is set-up to make us fear the worst. Set in an abandoned building, at night, Cornelia is alone, and fragile, and seems very small among the cavernous rooms and looming brickwork. The lack of score emphasises how isolated she is.

When she climbs the stairs to have it out with Captain August, it marks the beginning of what very much resembles a stage production. It’s an incredible four minute-long sequence, consisting of only one shot, and with minimal camera-work. It’s not the virtuoso swooping and whirling that Soderbergh has made his trademark with this series, but this is one instance where the restraint emphasises the drama of the moment, and power of the performances. The acting duet between Juliet Rylance and Grainger Hines is excellent, especially in their physical movements. When Neely launches her accusations, and August steps toward her with great intent, you fear the worst. And yet… he seems genuine in his assertions that he’s innocent. The Captain has always been a somewhat pompous figure, but he’s never given the suggestion of being dangerous or evil. 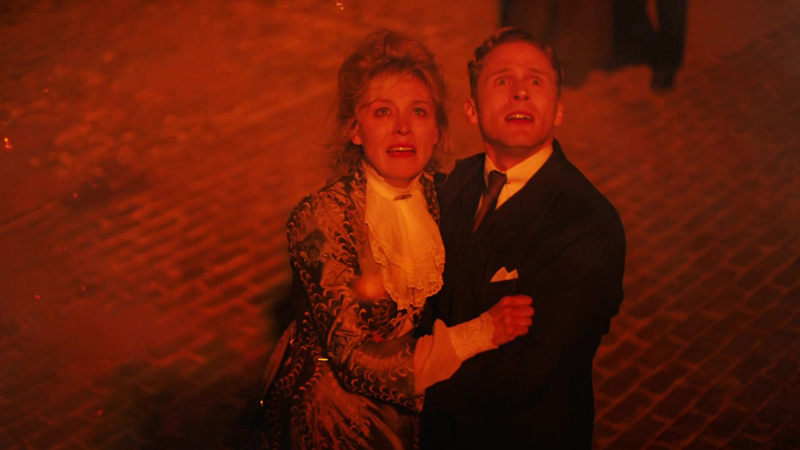 But before they can hash it out any further, the flames begin to rise, and The Knick’s subdued version of an action sequence takes place, as the pair tries to escape the burning building. The low-key nature of it all makes it that much more believable, but the real question is: who set the fire?

If indeed Henry Robertson is the man behind the nefarious scheming Cornelia has uncovered, would he really go so far as to endanger the lives of his own sister and father? Not to mention the cost of losing his new hospital, so close to completion. If not Henry, then surely Barrow is the prime culprit. Faced with sizeable new alimony payments to his bitter wife, a newly complete hospital is of no use to him—how would he skim money out of the construction process? Barrow setting a torch to the building—or, more likely, hiring someone else to—seems entirely within his wheelhouse. Cornelia and August’s presence could merely have been a horrible misfortune.

We’ll have to wait until next week to find out the answer, and to discover just what the destruction of the new hospital—a beacon of hope that’s been shining over the whole season—will mean for everyone. The Knick has been on top form these past few weeks, and while it’s unlikely that all of the dangling plot threads will be resolved in the finale, there are several characters that are long overdue a comeuppance, and surely they owe us at least one victory.