Any American Horror Story viewer who’s seen Adaptation has probably thought about “The Three”; the thriller screenplay by main character Charlie Kaufman’s brother Donald, about a detective trying to catch a killer. In a last-minute twist, it’s revealed that the detective, the killer, and the woman trapped in the killer’s basement are the same person. At one point, an exasperated Charlie asks how it’s possible for the character to simultaneously be at a police station and tied up in his own basement, and Donald replies, “trick photography?” I’ve been holding off on mentioning Adaptation in my recaps of American Horror Story: Hotel, in the hope that the reveal the show’s been heavily foreshadowing for weeks might be a misdirect. Instead, “The Ten Commandments Killer,” which opens where last week’s ended, takes twelve agonisingly long minutes to confirm what everyone already knew: that Detective John Lowe (Wes Bentley) is the sadistic killer he’s been hunting.

Series co-creator Ryan Murphy has always had a weakness for telegraphing major plot twists like this, which has been a peculiar shortcoming for a show defined by its disregard for narrative conventions, but the way the show has clumsily hinted at the truth about its increasingly obtuse hero has been Hotel’s weakest element. When Sally (Sarah Paulson) reveals the hidden room in Lowe’s suite where he’s been keeping trophies from his victims, and he responded that the killer must be sneaking in while he’s asleep, I had to stop myself from throwing something at the screen. The opening sequence is enough to sink the whole episode; Murphy, who has sole writing credit, drags out the big reveal as though it’s supposed to be a mind-blowing revelation, when it’s actually about as shocking at the one involving Edward James Olmos’s character in Dexter’s sixth season. 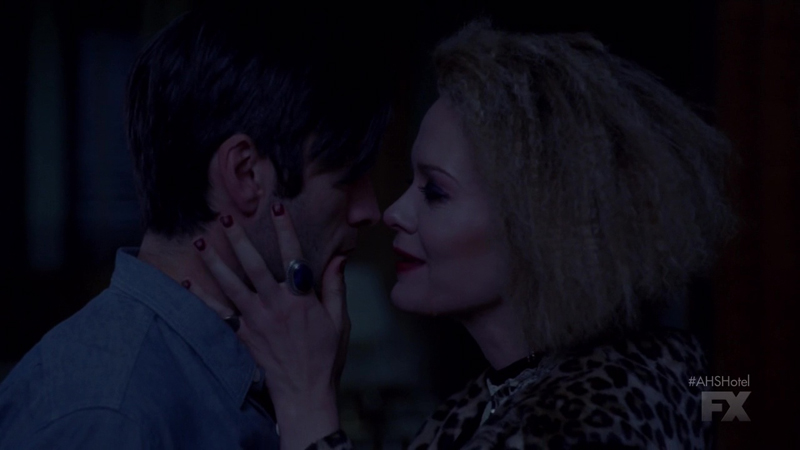 The rest of the episode is as painfully protracted, as John makes his confession to his ex-partner, Hahn (Richard T. Jones). I try to keep these weekly reviews from becoming straightforward recaps, and you’ll forgive me if I gloss over the plot more than usual; the majority of the episode is a flashback-heavy exposition dump, as John connects the dots to explain how, five years ago, he first met James March (Evan Peters) and, eventually, was compelled by March to complete his Ten Commandments-themed series of murders. It’s about as exciting as the scene in Back to the Future: Part II where Doc Brown maps out the movie’s time travel plot on a whiteboard. Actually, that’s not really fair to Back to the Future: Part II, which adhered to its own internal logic and was at least funny about it. 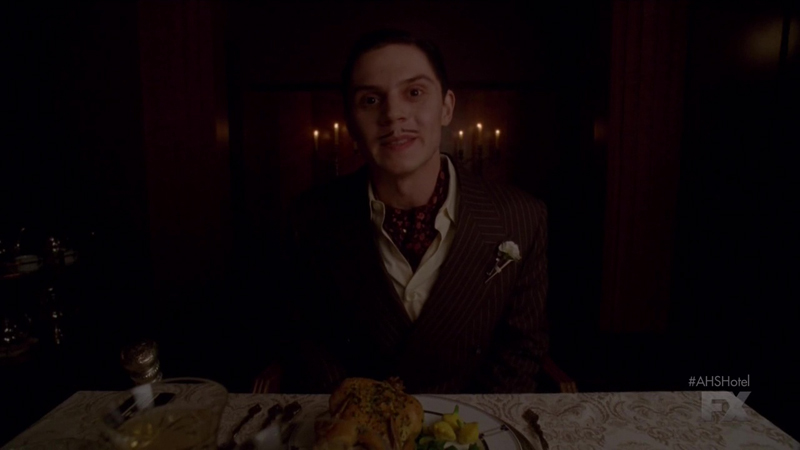 It doesn’t help that “The Ten Commandments Killers” sidelines most of the cast in favour of its most inexpressive member. I’m always reluctant to assign blame to actors, who have no control over how their performances are reshaped or whittled down during the editing process. However, any investment we might have in this convoluted storyline relies on us becoming emotionally invested in an actor whose performance has alternated between an icy monotone, a more heated monotone, and sobbing. Maybe Wes Bentley is simply giving the performance being asking of him; but it plays as weirdly vacant, and less chilling than unintentionally funny. The moment when he repeated the line “You had coffee… with my wife?” with all the barely coiled rage of a guy picking up his dry cleaning was particularly painful, especially as it serves as a barely-there pretense for John’s murder of his partner at the episode’s end. It should have been a shocking moment, but it just made me realise that I’ll miss Jones, who’s done a great job with a very thankless role.

With only a few episodes left, devoting an entire episode to over-explaining a nonsensical, painfully obvious twist is a huge misstep for American Horror Story: Hotel. The grisly details of John’s crimes are boring; any transgressive appeal that the show’s use of graphic gore once had has been (forgive me) beaten to death. At this point, AHS works best when it lets its actors carry the show, and it’s telling that the episode’s only enjoyable moments come from the other stars that make brief appearances and, especially, Evan Peters. If we have to listen to a bunch of setup for an undercooked plot twist, at least we get to hear it in Peters’ old time-y accent.