The Mercy tells the true story of Donald Crowhurst (Colin Firth) and his disastrous attempt to cover-up his failure to complete a famous round-the-world yachting race in 1968. Crowhurst was a failing businessman trying to market a self-invented handheld navigational device, so he decided to enter the Sunday Times Golden Globe Race, only to realise he wasn’t up to the challenge. But rather than admit defeat, the amateur sailer decided to radio in fake coordinates and falsify his log books while stranded in the Atlantic Ocean, planning to rejoin the other racers on the return leg for a last place position…

Firth, although physically nothing like the real life Crowhurst, works well in this role because we’re accustomed to him playing honourable and decent men, which means we’re willing to believe his lies. It’s a performance that allows Firth to switch between on-land delusion and at-sea terror, and there’s never a moment when you lose empathy for Crowhurst thanks to the actor’s skills. 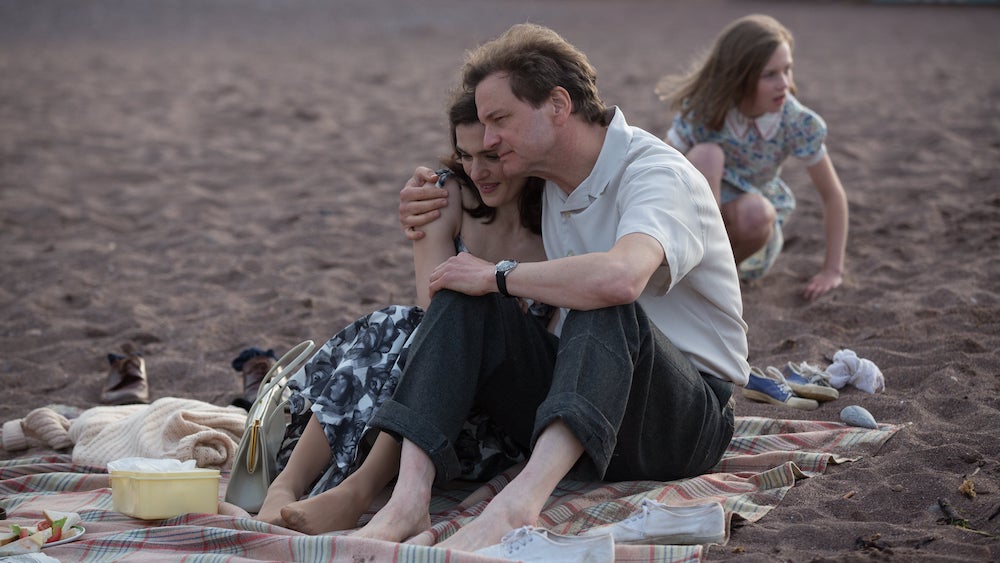 Crowhurst’s plight during the yachting race is the most compelling part of the film, as flashbacks to his life before the race just aren’t as engaging. David Thewlis plays Rodney Hallworth, a press officer trying to conjuring up headlines for Sunday Times’ editor Ronald Hall (Mark Gatiss), but this subplot doesn’t click in the same way. The film does a good job of dramatising Crowhurst’s internal struggles and decision-making, and while it’s not easy to portray the psychological effects of being alone against the elements, The Mercy succeeds.

The Mercy is an appropriate title for this story, too, as it looks upon Crowhurst’s plight with sympathy, toning down the emphasis on the man’s lies and bizarre actions. The script treats its protagonist like a cheating underdog we should be rooting for. A more unflinching and honest view of Crowhurst’s actions would’ve made this film more engaging. The writers instead put none of the blame on Crowhurst’s shoulders, instead focusing their ire on hungry media vultures and greedy business partners that stokes his reckless behaviour. The Mercy tries to simplify a man’s behaviour when really this story has no moral clarity. 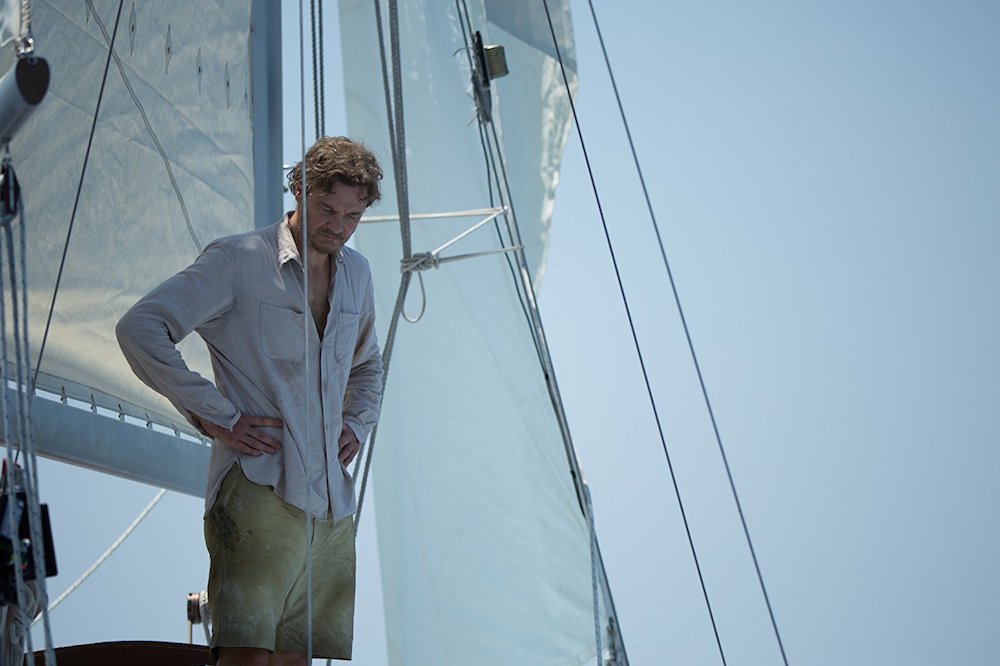 Rachel Weisz gives a dignified performance as Crowhurst’s wife Clare, and has good chemistry with Firth, but she doesn’t get anything much to chew on. Her role as a dutiful spouse is the kind of thankless part actresses are now rebelling against in Hollywood. Firth’s performance is subtle but anyone who knows the real man might wonder why someone like Eddie Marsan wasn’t cast instead. Thewlis brings much-needed comedy to the film with his assertive press agent, but this film is obviously a showcase for Firth. It’s just a shame The Mercy was met with deafening silence when it came to awards season, especially considering Firth delivers his best performance since The King’s Speech (2010).

Eric Gautier’s (Into the Wild) cinematography recreates the 1960’s ‘Super 8’ look with great authenticity, giving the film a romanticism to British stiff upper lip. Directed by James Marsh (A Theory of Everything), the filmmaker could’ve found a more political or social angle to this disastrous mission, but he instead opted to observe the personal tragedy of a man trying to make it as a businessman and inventor. 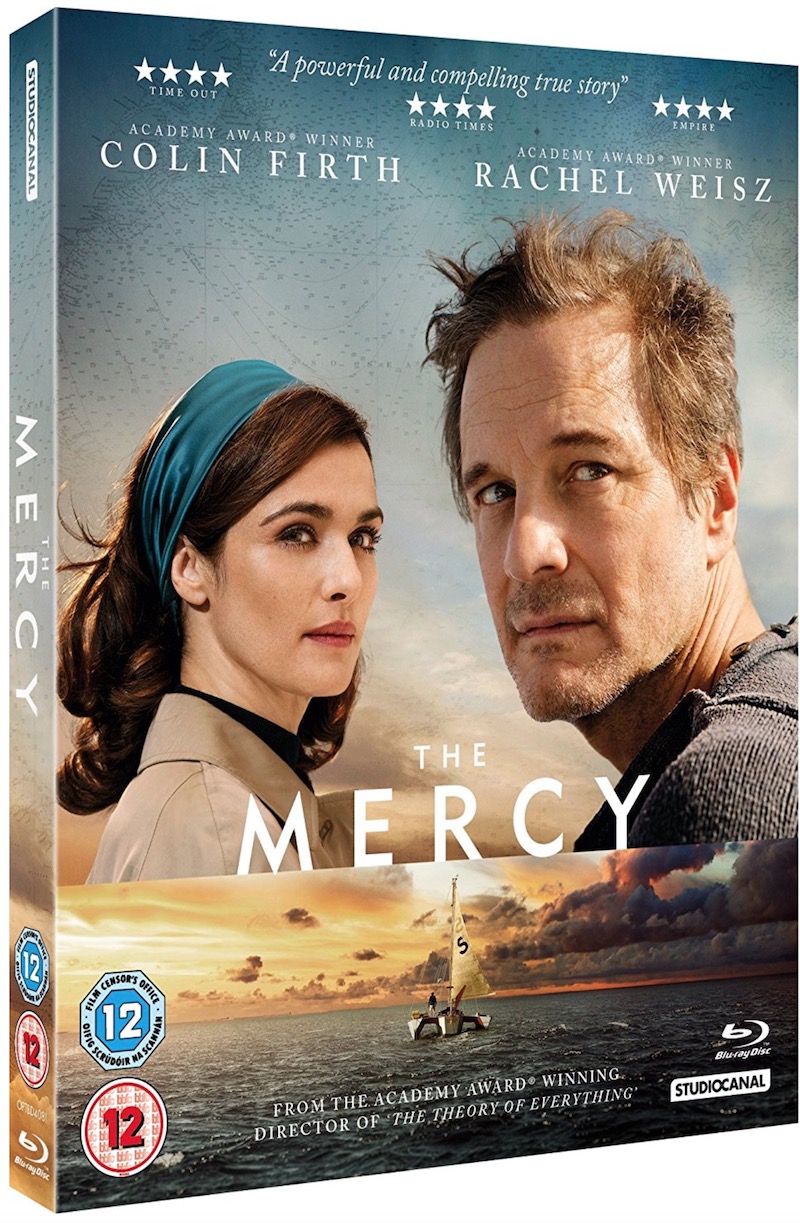 The Blu-ray and DVD extras include a roundtable with Colin Firth, Rachel Weisz, sailor Sir Robin Knox-Johnston, and film journalist Danny Leigh. A behind-the-scenes featurette reveals how much work went into making the film, while there’s a featurette on the real Donald Crowhurst. But the limited bonus material feels rather weak, arriving on the heels of Film4’s excellent Deep Water documentary, where Crowhurst’s surviving family broke their silence on the whole ordeal.