Robert Louis Stevenson’s 1886 novella The Strange Case of Dr Jekyll & Mr Hyde is one of the immovable cornerstones of horror literature. Having been adapted and parodied so many times over the decades, it’s developed a life far beyond even the wildest reaches of Stevenson’s imagination. Along with Dracula, the Wolf Man, and Frankenstein’s Monster, doomed scientist Dr Jekyll and his psychotic alter-ego Mr Hyde have become embedded in the popular consciousness as one—or rather, two—of the defining characters in the classic horror canon.

So, the question facing anyone tasked with devising yet another adaptation is this: how do you inject new life into such a well-known yarn? If you’re Charlie Higson, then the answer is simple: you write a sequel. Higson, the co-creator of The Fast Show and author of the best-selling range of Young Bond books, is an intelligent, imaginative populist who knows exactly what his audience wants. 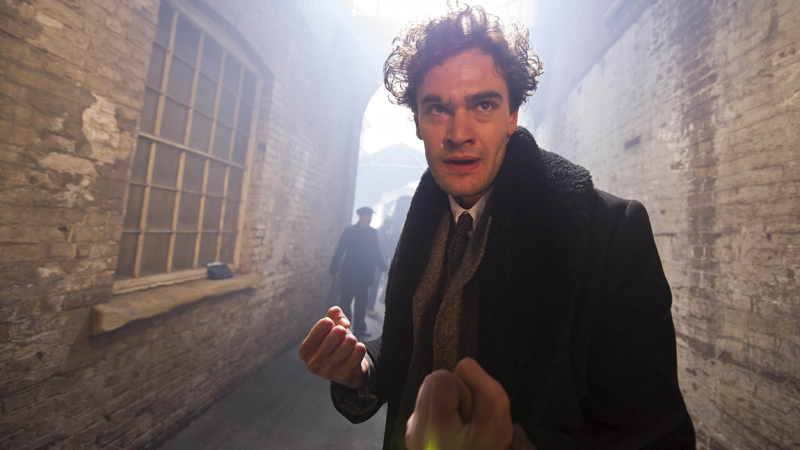 In the (strange) case of Jekyll & Hyde, a ten-part ITV series which ran throughout the early-autumn and winter evenings of 2015, his core audience is primarily children; hence why it largely forgoes the Freudian intensity of Stevenson’s book in favour of rollicking adventures filled with likeable heroes, dastardly villains, and hideous monsters. In Higson’s version, Hyde is far from alone in the abomination stakes.

In many ways it’s an inspired idea, brimming with potential. Set in London during the 1930s, it follows Henry Jekyll’s grandson Robert (Tom Bateman) as he struggles to control the hereditary curse of a violent split personality, while trying to uncover the truth of his murky family history. Symbolically attired in grandpa Jekyll’s Astrakhan coat, Robert gobbles pills to control his darker urges. However, as the series progresses he develops a conflicted relationship with his brutish alter-ego. When backed into a corner, how better to beat your foes than with a swift transformation into superhuman, two-fisted Hyde? 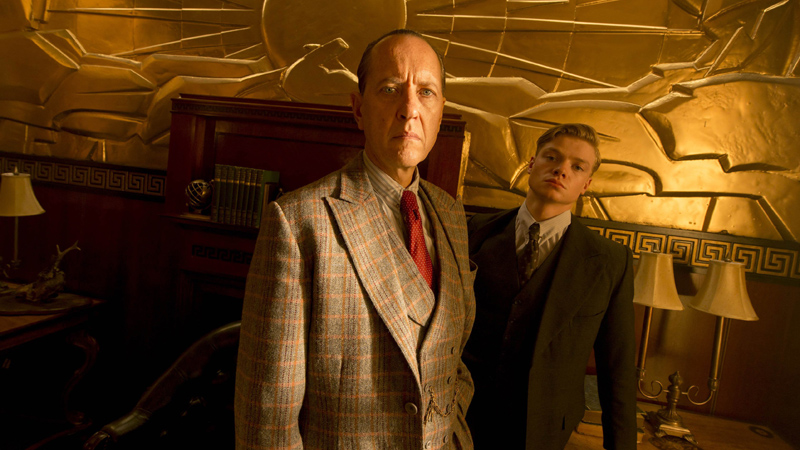 Robert needs all the help he can get when pitted against two groups of antagonists, both of whom wish to recruit Hyde to their rival causes. Led by a typically saturnine Richard E. Grant, one is a secret government organisation responsible for hunting down monsters and “making sure that nobody’s nightmares come true”. They’re basically the Ghostbusters—or Torchwood, if you must—operating out of 1930s Whitehall, replete with a basement full of incarcerated horrors. One particularly memorable inmate is a mutant wrestler with a wife-beater vest and an enormous lobster claw. Their nemesis, and Jekyll’s other principal foe, is the Tenebrae, a SPECTRE-like network of creatures who regard Hyde as the ultimate prize. It’s run by the sadistic Captain Dance (Enzio Cilenti), whose British military uniform conceals a cadaverous body and ugly beating heart.

This colourful set-up promises much in the way of enthralling entertainment, and indeed the series begins like gang-busters. A galloping pulp romp, it wallows in a hot soup of influences including Sherlock Holmes, Bulldog Drummond, Indiana Jones, Tintin, Universal and Hammer horror, and even a touch of James Bond gadgetry. Despite the ’30s setting, Higson’s vision is bathed in Victorian Gothic and, via canted angles and stylised fight scenes, framed a la comic book panels (the macabre horror of E.C Comics is another obvious touchstone). It’s a visual treat bolstered by special effects of a notably high standard for British television. 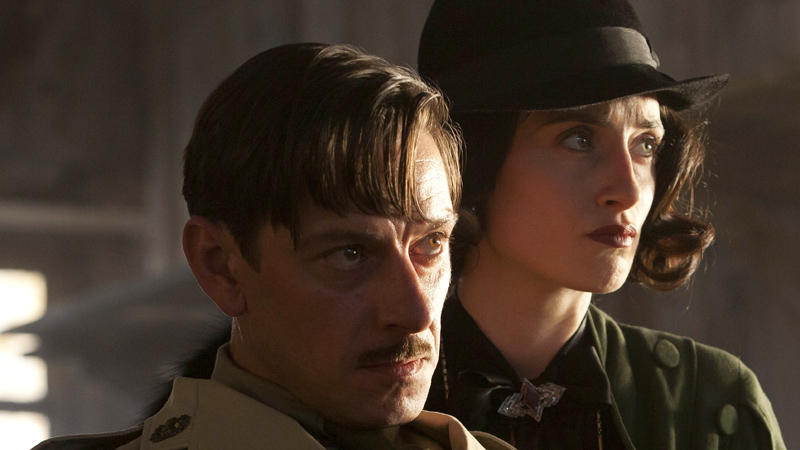 Unfortunately, its early promise runs out of steam after the first three episodes. The series arc simply isn’t strong enough to sustain ten increasingly meandering episodes, which suffer from an increasingly drive-sapping number of humdrum monster-of-the-week digressions and a muddled narrative that eventually degenerates into characters—of which there are too many—spouting clumsy exposition.

It’s a shame, as most of these problems could’ve been ironed out had it been allowed to return for a tighter, shorter second series. Alas, we’ll never know—as ITV recently axed it due to low viewing figures. It could be argued that the show was ill-served by factors such as an awkward pre-watershed Sunday slot and, due to a prominent shoot-out sequence, the possibly over-sensitive postponement of episode four after November’s Paris attack. It also received complaints from parents who deemed it too violent and frightening for children, although I’d argue that a lack of parental discretion was at fault there. In any case, it’s no more frightening than Doctor Who. Okay, the human-headed, canine-bodied Harbinger creature is a rather unsettling creation, but it’s hardly likely to cause bedtime trauma. 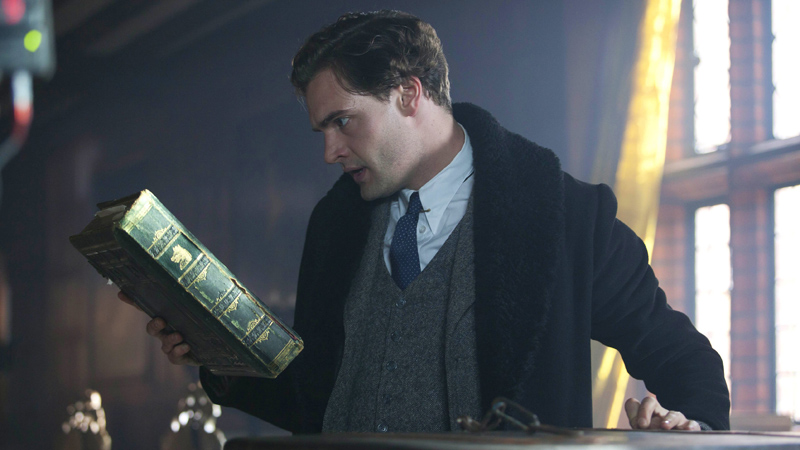 Despite its flaws and failure to click with a sizeable audience, Jekyll & Hyde gets a lot right. The relatively unknown Bateman is very good in the lead roles; charmingly Colin Firth-esque as Jekyll, he’s a feral, leering, demonic force of nature as Hyde. His transformation is particularly impressive given that, much like Spencer Tracy in the 1941 film version, it’s all achieved with minimal make-up. It’s immediately apparent from Bateman’s face and body language when Hyde is in the room; his guttural voice, like John Hurt after a rough all-nighter at the Embassy Rooms, seals the deal.

Although Higson’s decision to turn this iteration of Hyde into a swaggering anti-hero rather than a manifestation of evil robs the Jekyll & Hyde concept of its core philosophical struggle—he pays lip service to the idea before dispensing with it midway through—it works if one accepts the show as a family-friendly period version of Jekyll & Hyde-inspired superhero The Incredible Hulk. Such is the strength and malleability of Stevenson’s creation, it can withstand being combined with the very things it influenced. 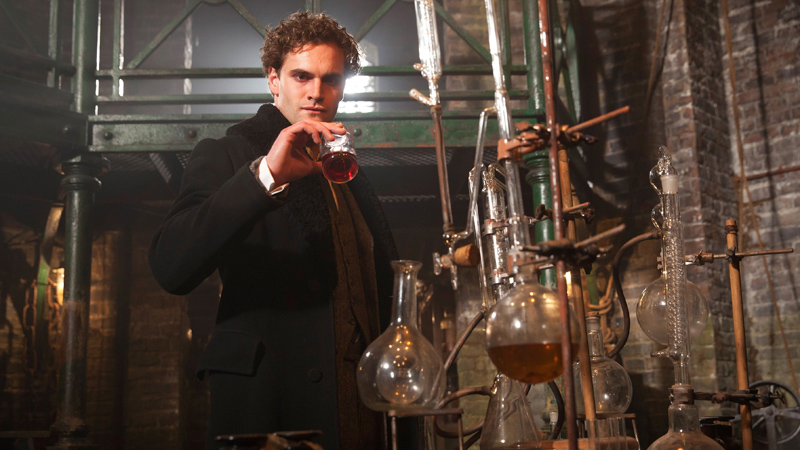 Indeed, much like Higson’s early-’00s BBC fantasy drama Randall & Hopkirk (Deceased), guest roles are filled by familiar character actors with a background in comedy. Tony Way crops up as a cudgel-wielding cockney henchman, as does Kevin Eldon playing a suspicious village landlord, and Amelia Bullmore as the accursed owner of spooky manor. Plus, Higson himself has a heavily disguised recurring cameo as a prophecy-spouting vagrant with a colander on his head.

A failed yet laudable experiment, this fundamentally charming curate’s egg deserved another crack of the whip. All it needed was a little bit of tinkering with the formula. Or should that be potion?